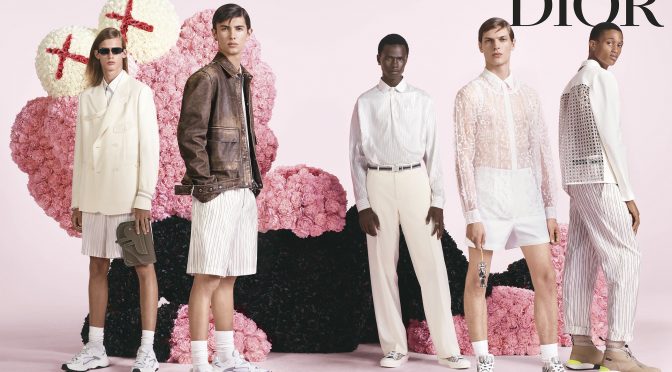 For his debut Dior men’s ad campaign outing, Dior Menswear Creative Director Kim Jones has turned to Art Director Ronnie Cooke Newhouse to reimagine the designer’s launch runway collection. A collection that featured at its centerpiece a 33-foot-tall, rendition of the houses founder Christian Dior by the artist KAWS. 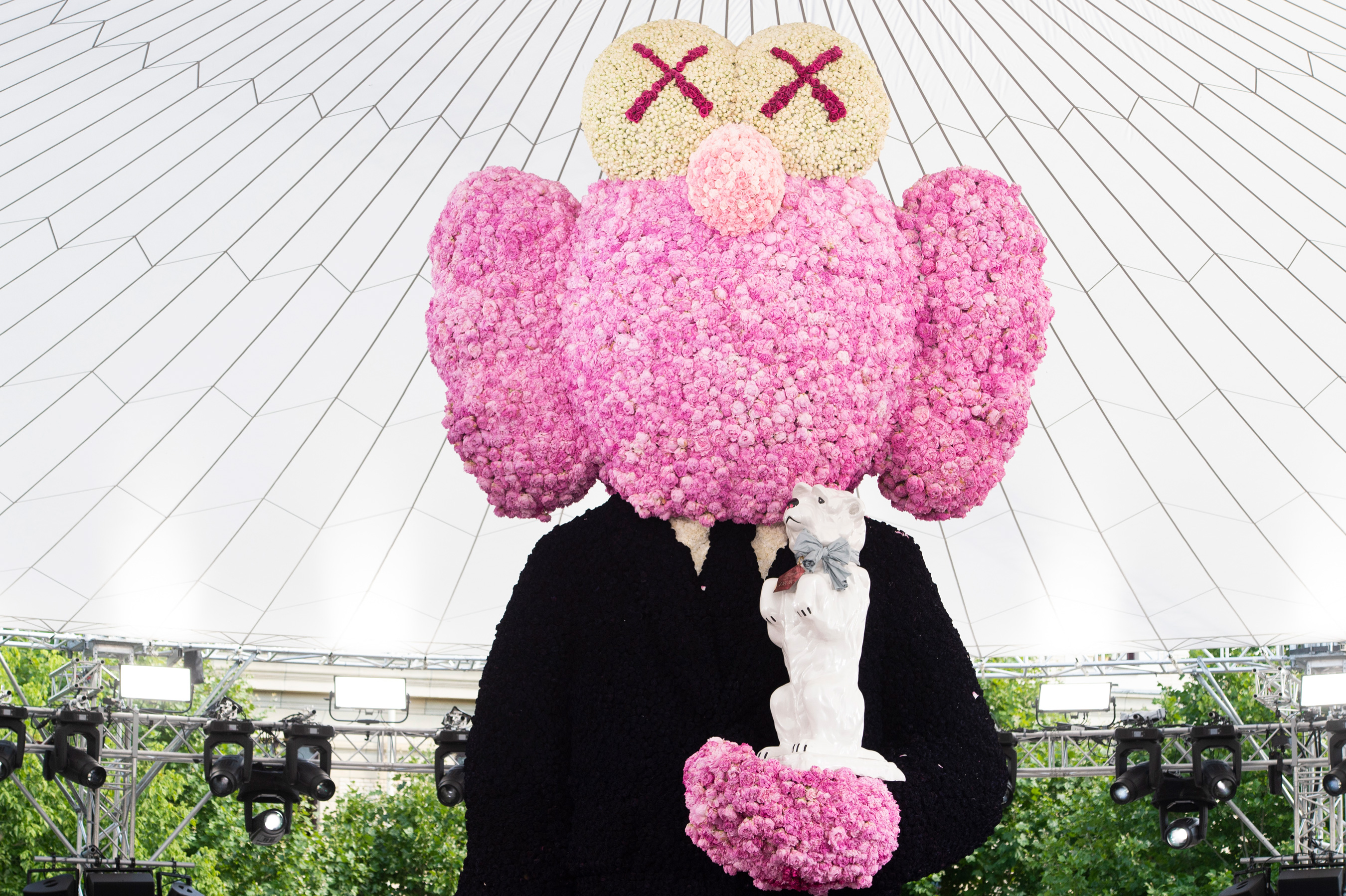 That same iconic character found his way into the backdrop of the spring 2019 ad campaign lensed by Steven Meisel with models posing in front of KAWS creation. Fitting as Jones and KAWS, whose real name is Brian Donnelly, teamed to create a capsule collection complete with the Dior bee motif reimagined with the artist’s signature “XX” eyes and other artwork that will drop in stores in December as a teaser for the spring collection.

” I wanted the advertising to reflect the spirit of the men’s summer show and the beauty of Dior. I’ve always wanted to work with Kaws, I think he’s super chic and also his work speaks to a lot of people.“– Kim Jones

And so does the name Dior, which Creative Director Ronnie Cooke Newhouse and company took full advantage of, dropping the previous ‘Dior Homme’ logo that often accompanied menswear ads. Should the name ‘Christian’ soon be dropped from the show invites remains to be seen, but in this branders opinion, the simpler the name, the better the message. And that message is ripe with subtle sophistication under Cooke Newhouse’s hand as she often lets the product be the hero opting for visually arresting messaging as she has done here.

Pink is not a color that has been historically leveraged in men’s, so it is refreshing and hopeful to see Jones, Meisel, and Newhouse take full advantage of a color the house can easily own. The fact that the color pops while also representing the breaking down of gender stereotypes is a plus.The Impression hopes that pretty in pink turns into a pretty payday for the collection, as it looks worth every dollar. 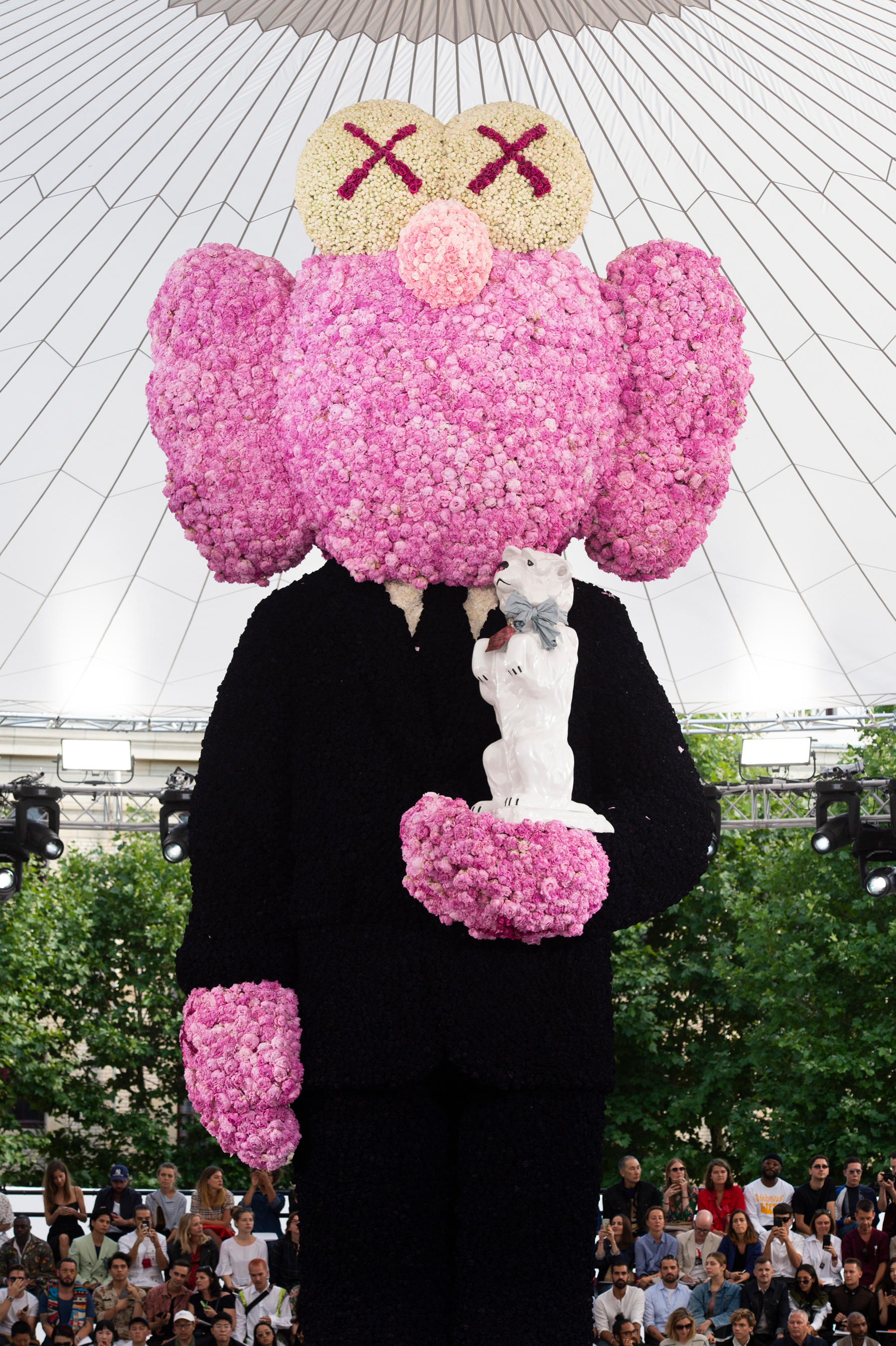 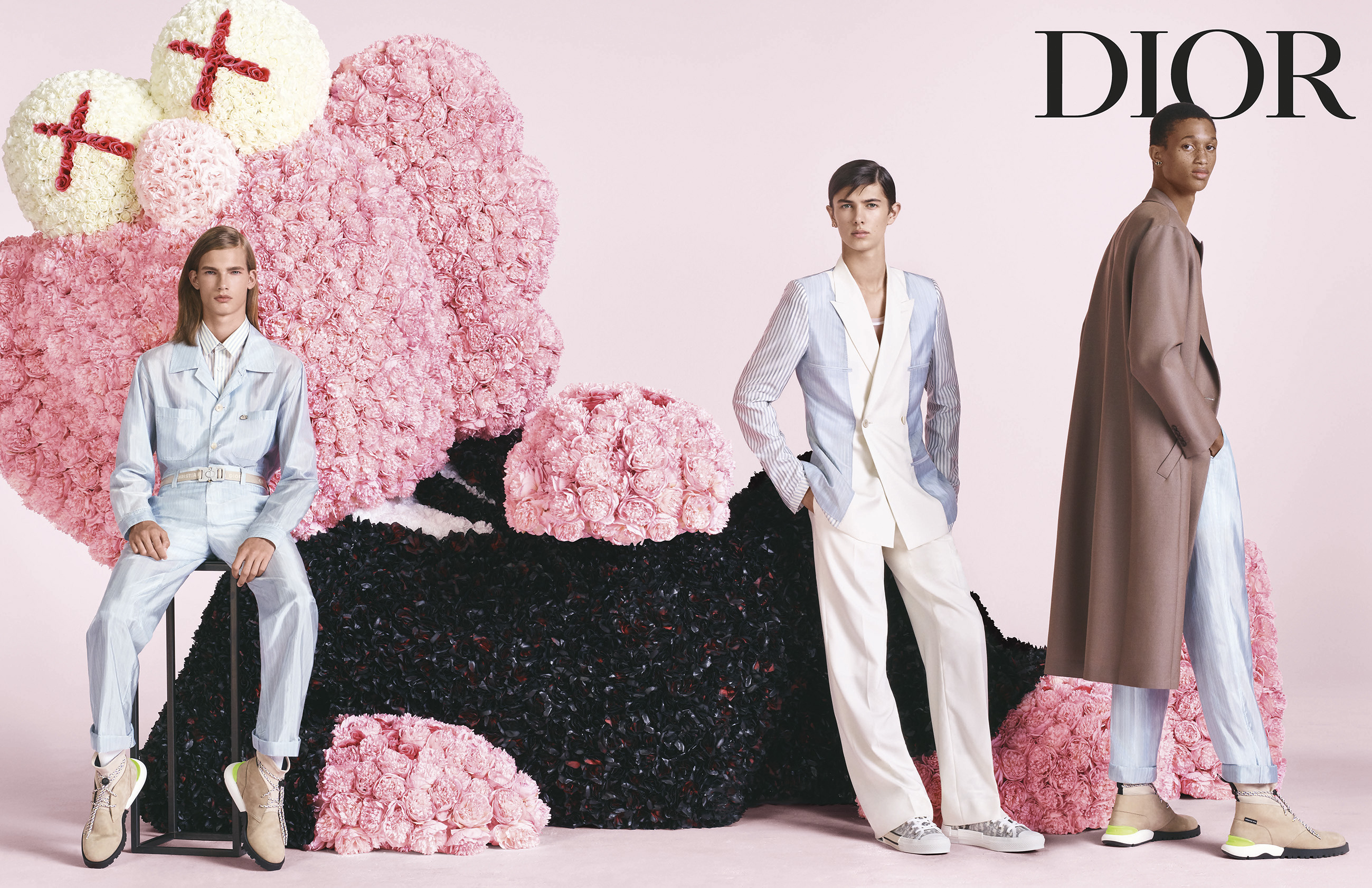 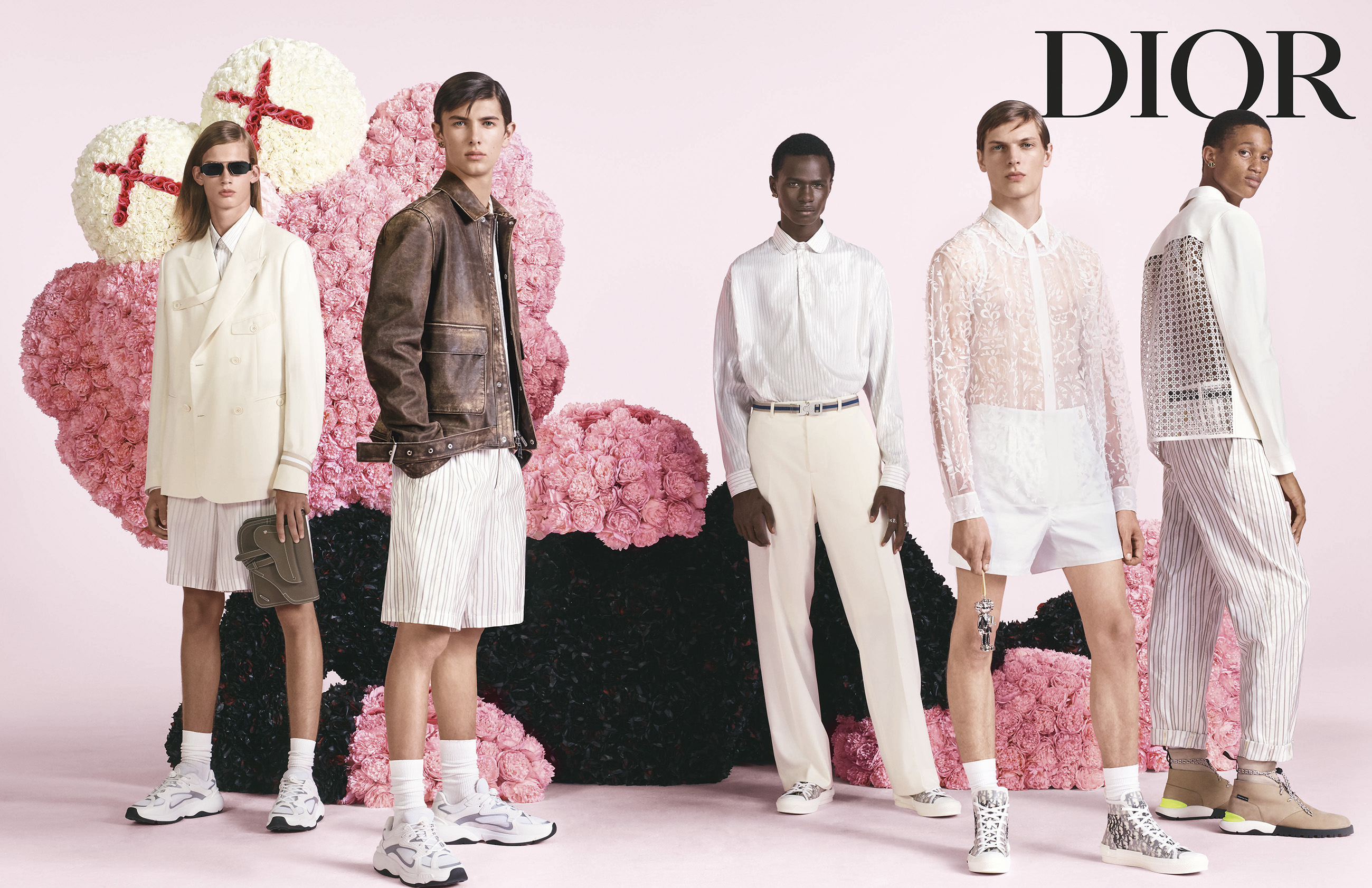 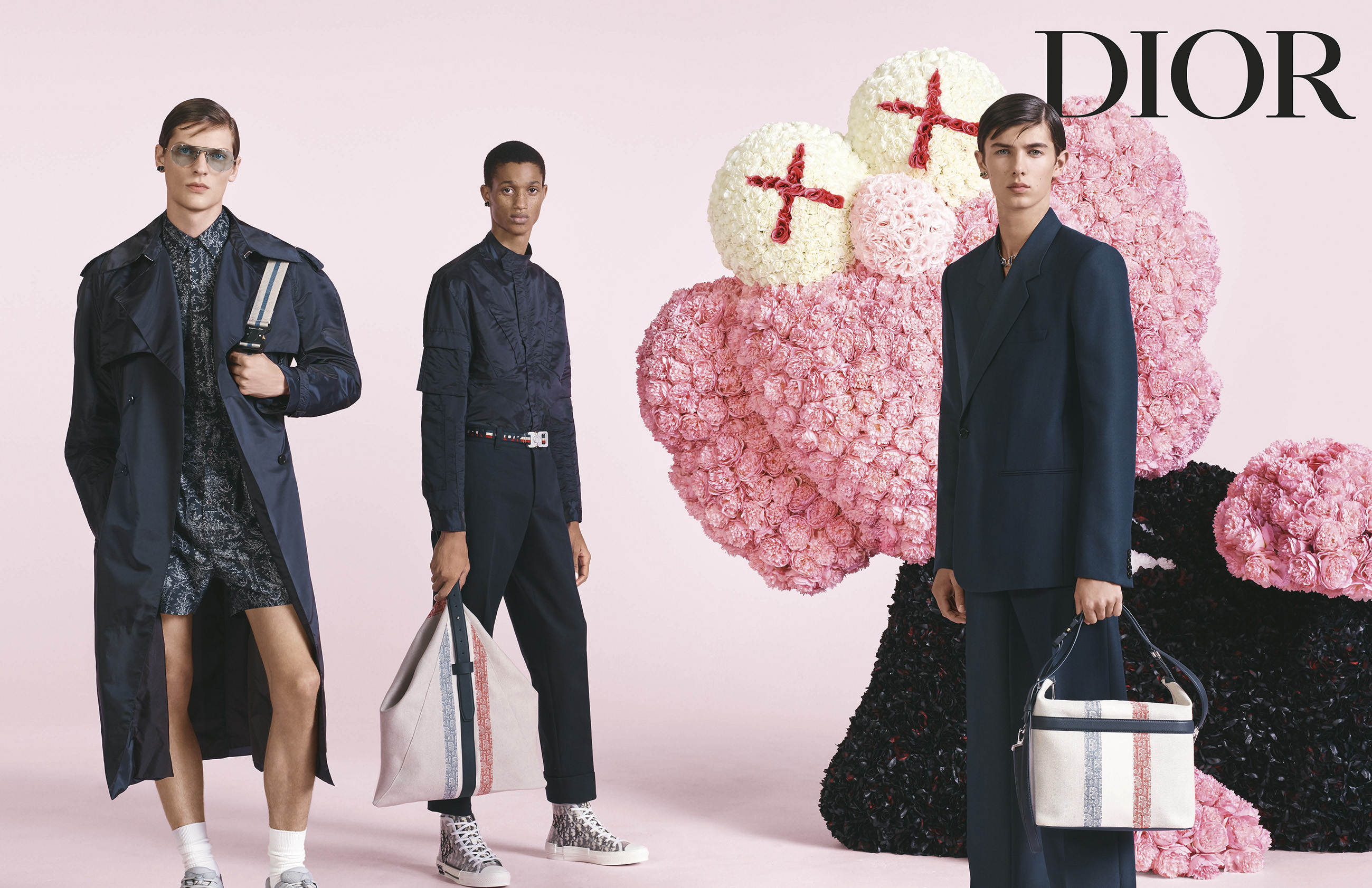 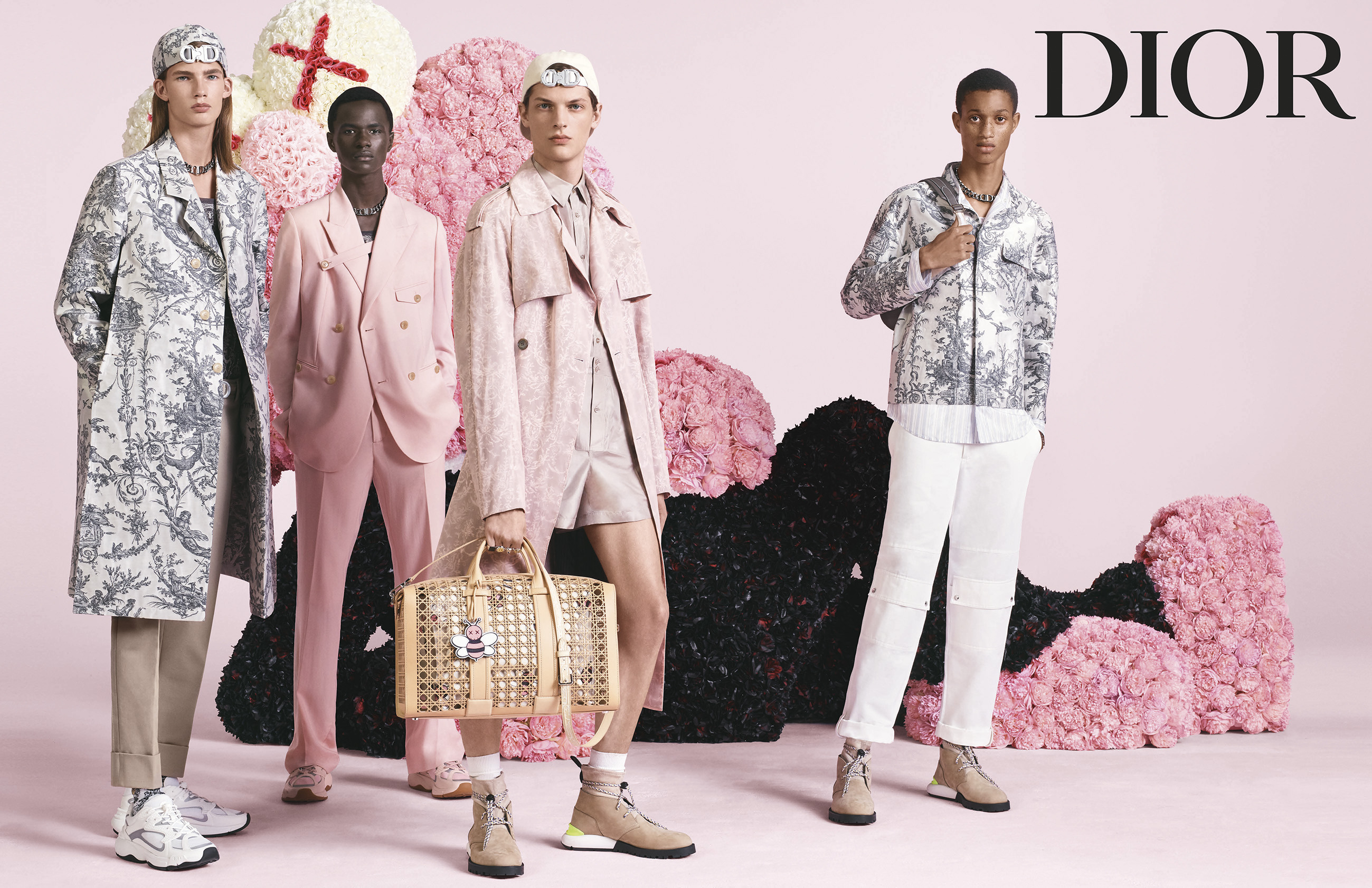