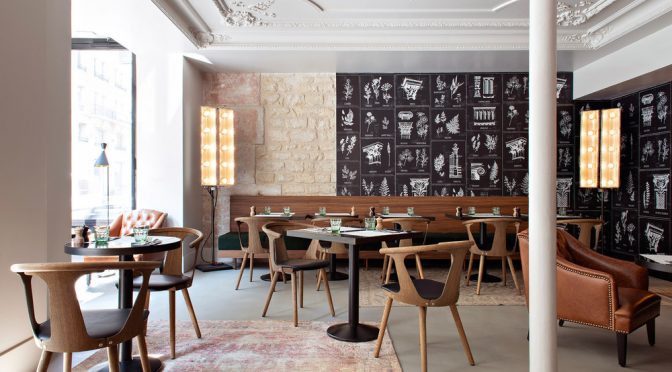 The architect Jean-Philippe Nuel has invented a greenhouse full of good vibes and vegetation near the mythical Opera Garnier in Paris. Your rooms are a party. 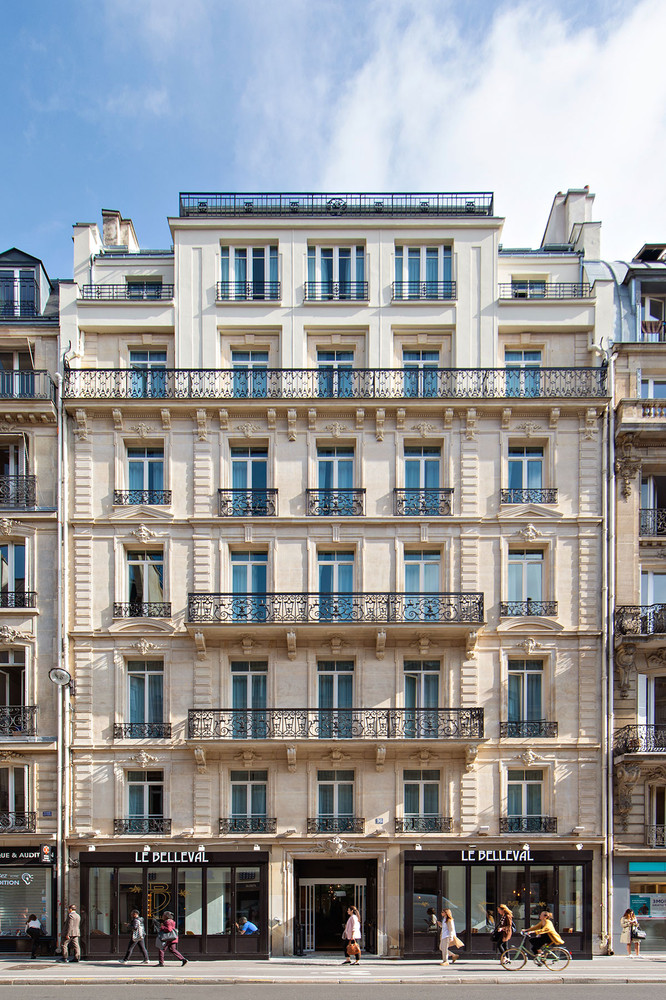 In the French capital, the area of ​​the Saint-Lazare train station is ideal for touring the city on foot or by public transport. Shops, restaurants, cafes and monuments can be visited very easily from this lively neighborhood. There, Le Belleval, a new four-star hotel, has become a real refuge in the middle of the city. Housed in a Haussmannian building, it has a peaceful atmosphere. Its name refers to the botanist Pierre Richer de Belleval and its design – conceived by Jean-Philippe Nuel – was imagined to give the feeling of being in a secret garden.

The entrance of the old building has become a monumental space from which the different areas are organized, such as the restaurant, where you can savor the healthy food of the young chef Edgard Prince, and the bar. The two spaces open onto the street to attract the local people as well. Surrounded by greenery, the interior courtyard is another key area where the artist Gola Hundun made a giant fresco with flowers on a whole facade. “The spaces on the ground floor have the objective of becoming a place of meeting and exchange. Decoration also tends to express this energy driven by the mixing of functions. References and trends are crossed to create a place of current life, “says Jean-Philippe Nuel. 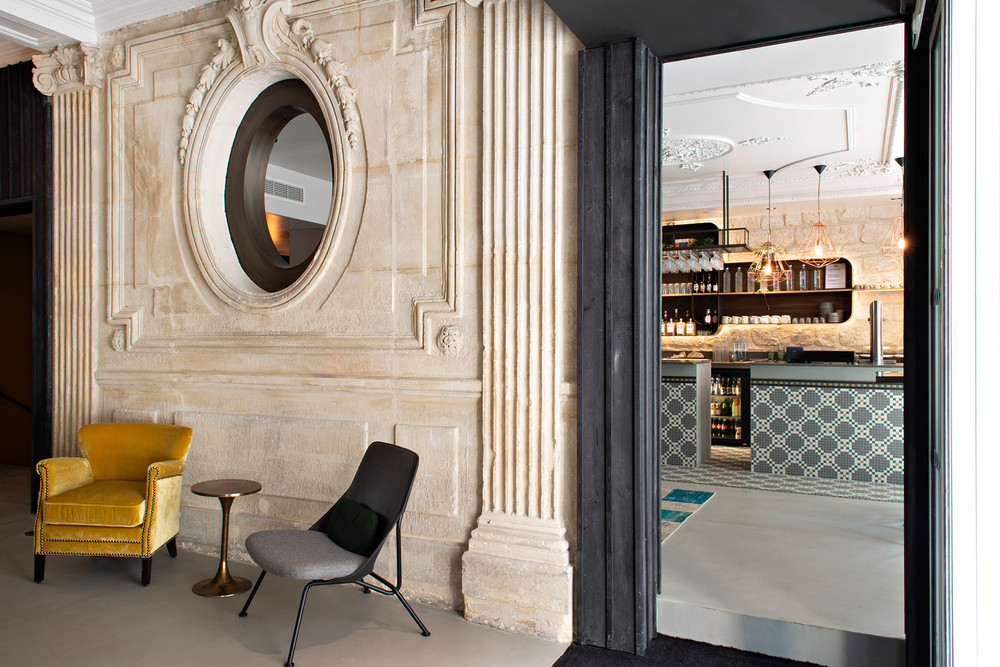 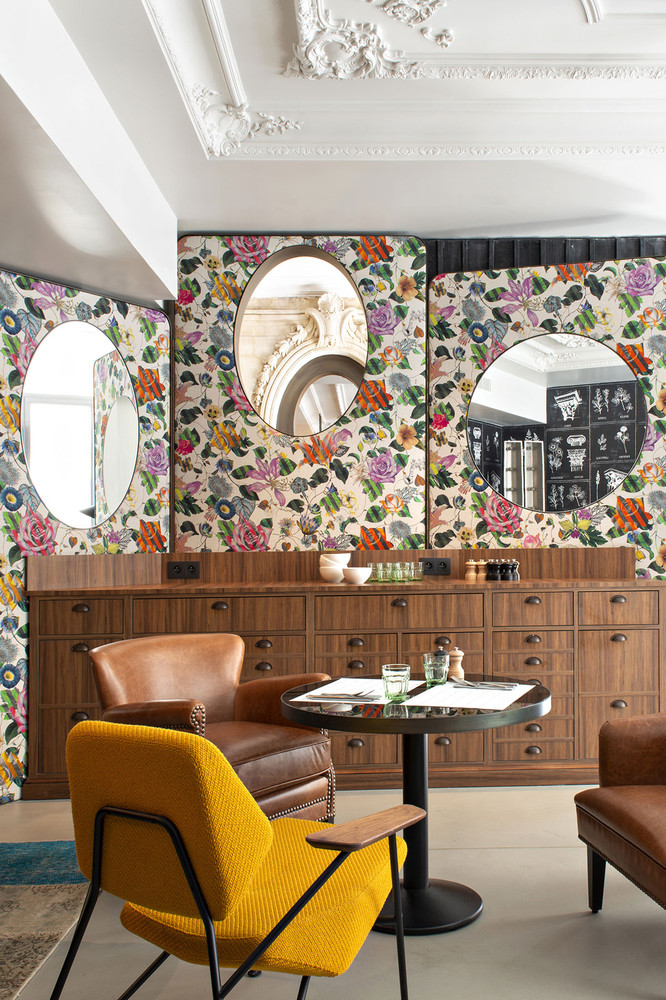 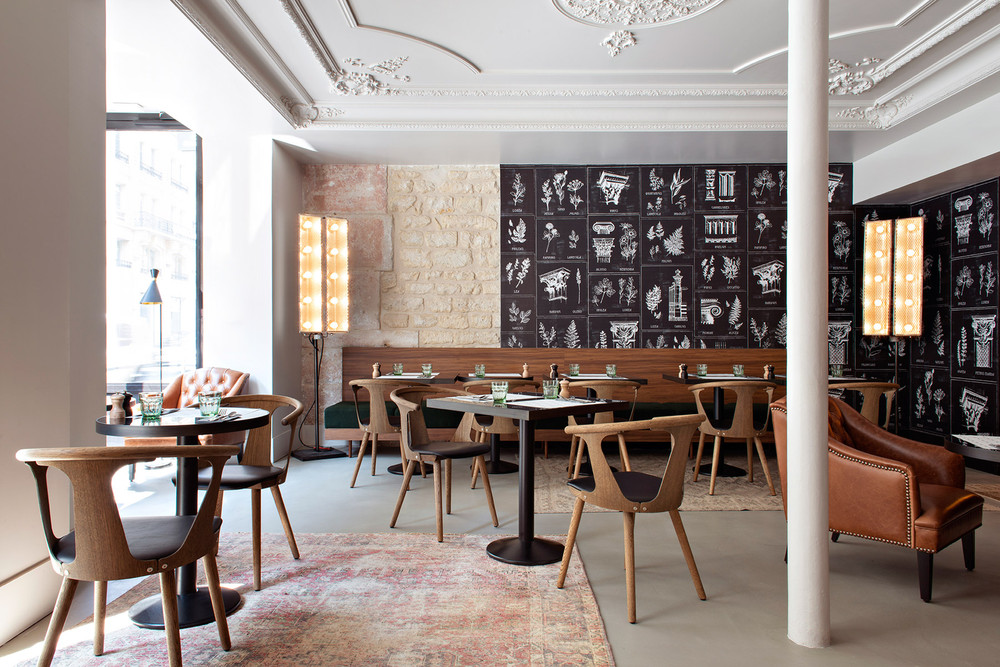 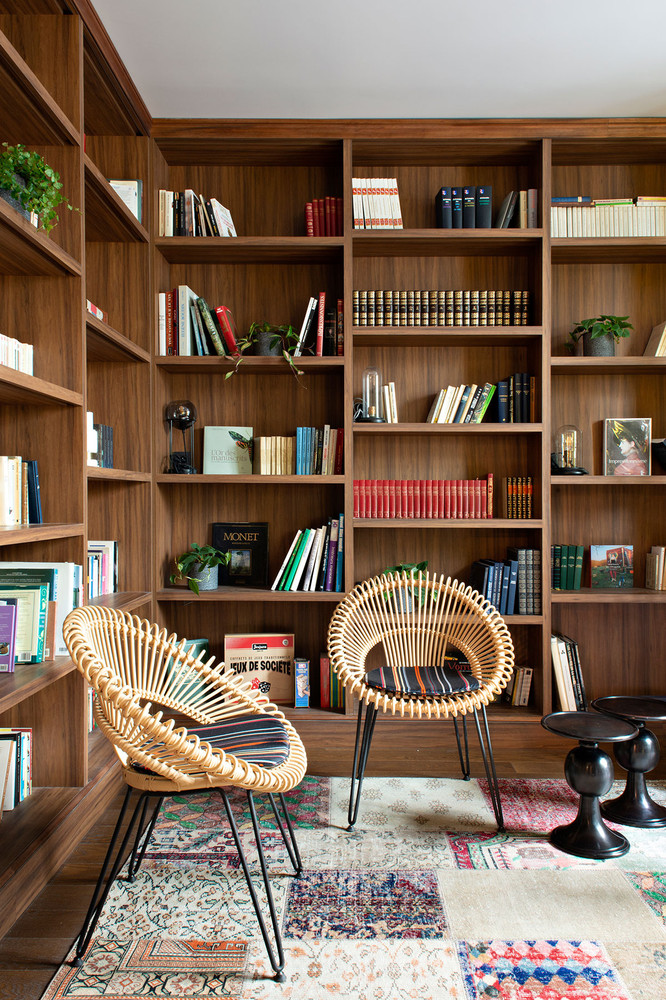 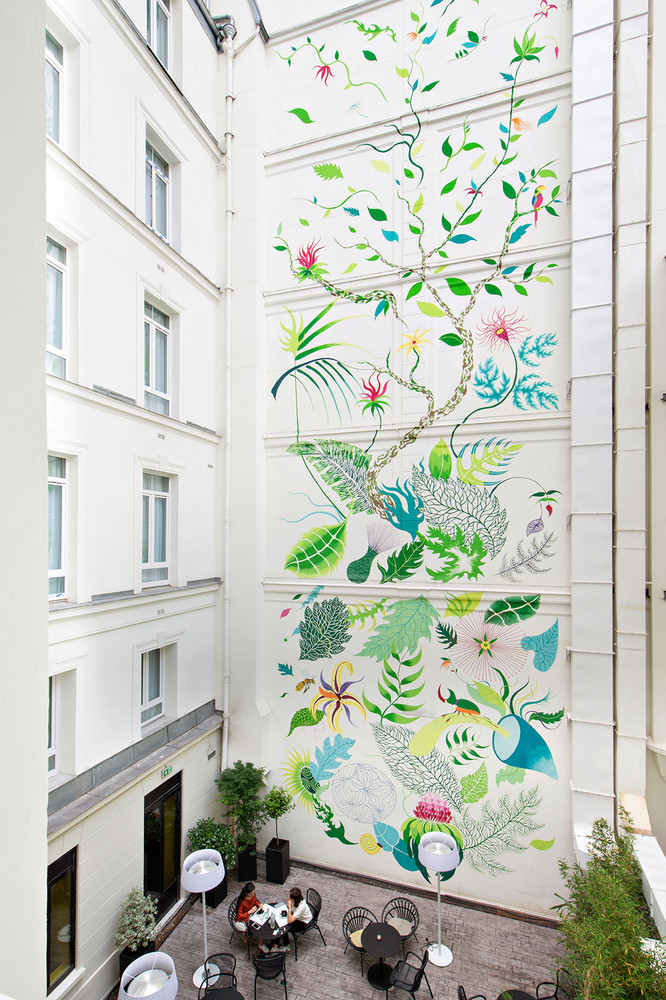 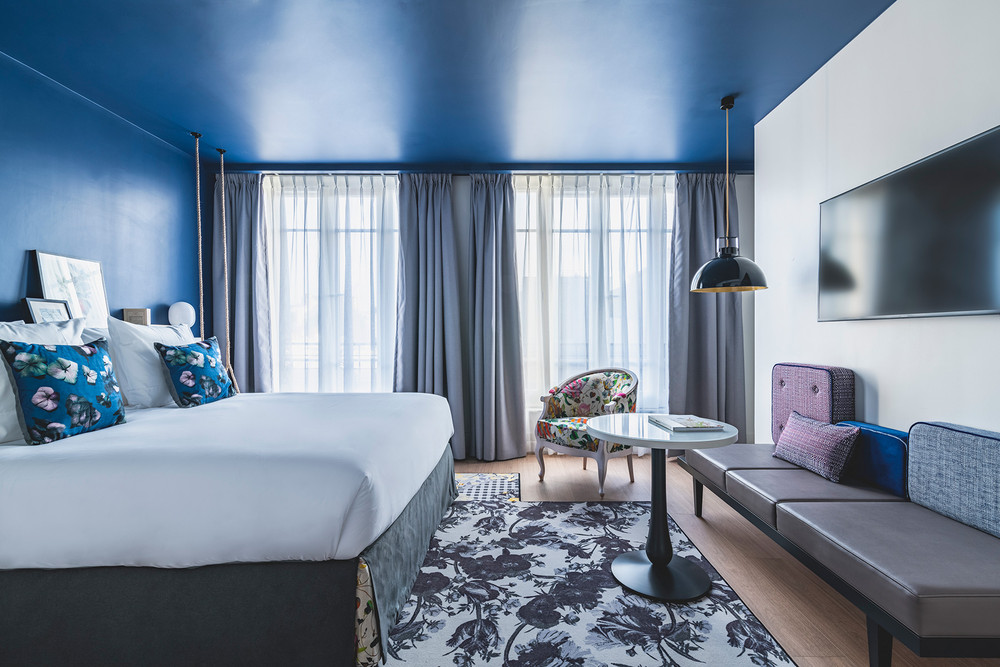 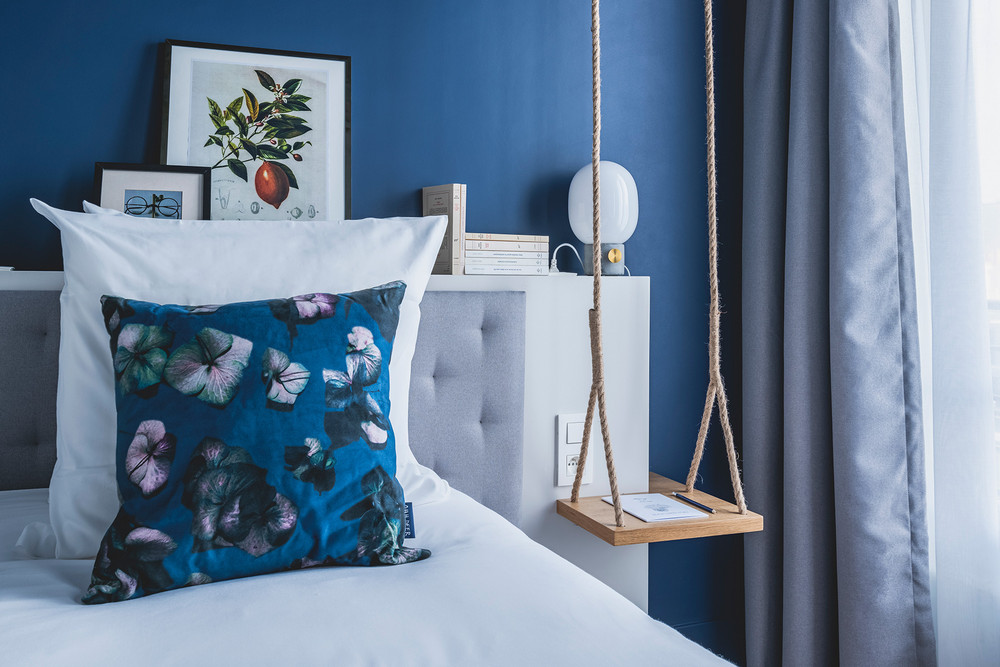 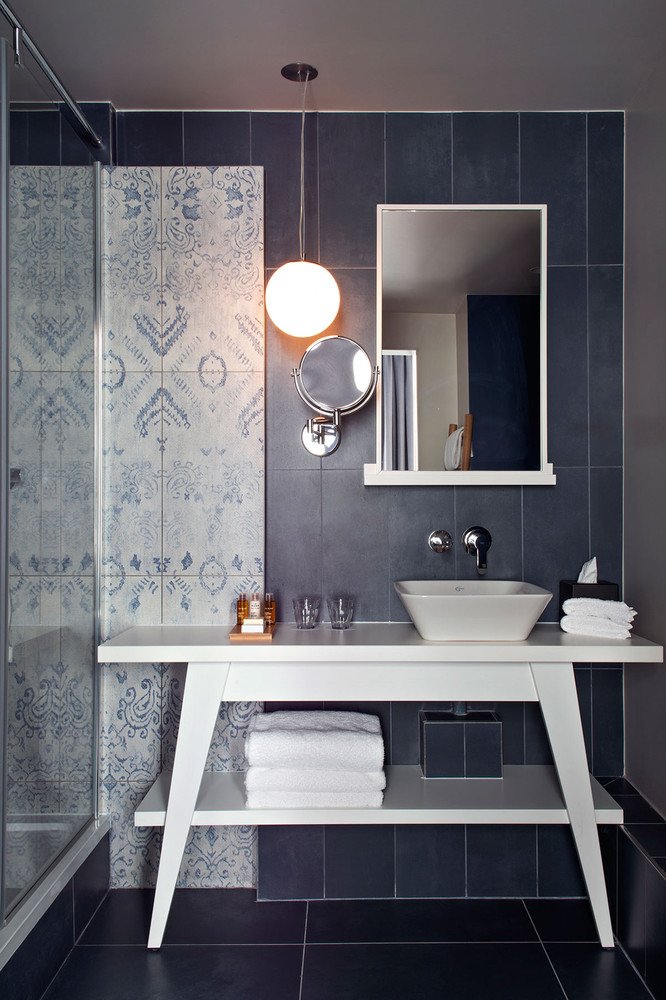 The 52 rooms and suites (several have a balcony) hide on the upper levels. Floor to ceiling windows let in natural light. On the seventh level (the last) there are four suites: two facing the street and overlooking the rooftops of Paris and two overlooking the courtyard and overlooking the Saint-Augustin church. By joining a suite on the side of the street and another on the side of the patio, you can create an autonomous apartment with a capacity for eight people. In every corner you can see the traces of history (as, for example, through mosaic floors) and combine beautiful and rustic textures, as well as different patterned fabrics. Nature is the central theme at Le Belleval: from the menu of the restaurant, through the colors of the interior design and the look of the pieces of furniture and decorative elements. In this dynamic environment, the touches of humor and poetry are appreciated. In the basement, you will discover a gym under historical vaults, a sauna and a space to take yoga classes. Tout, tout and tout.