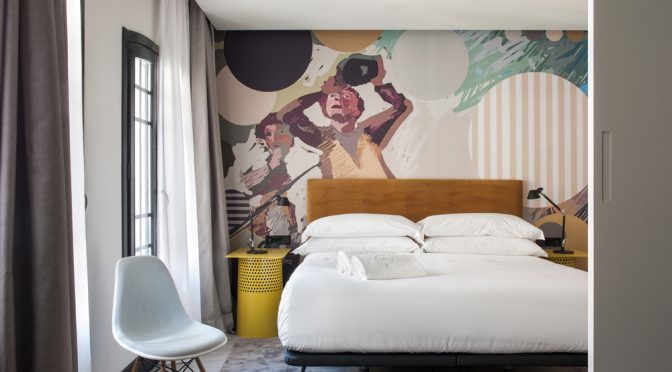 We love hotel new openings. More if they are as original as this and even more if they are created by the designer Teresa Sapey: they reign in color, vitality and an overwhelming personality. 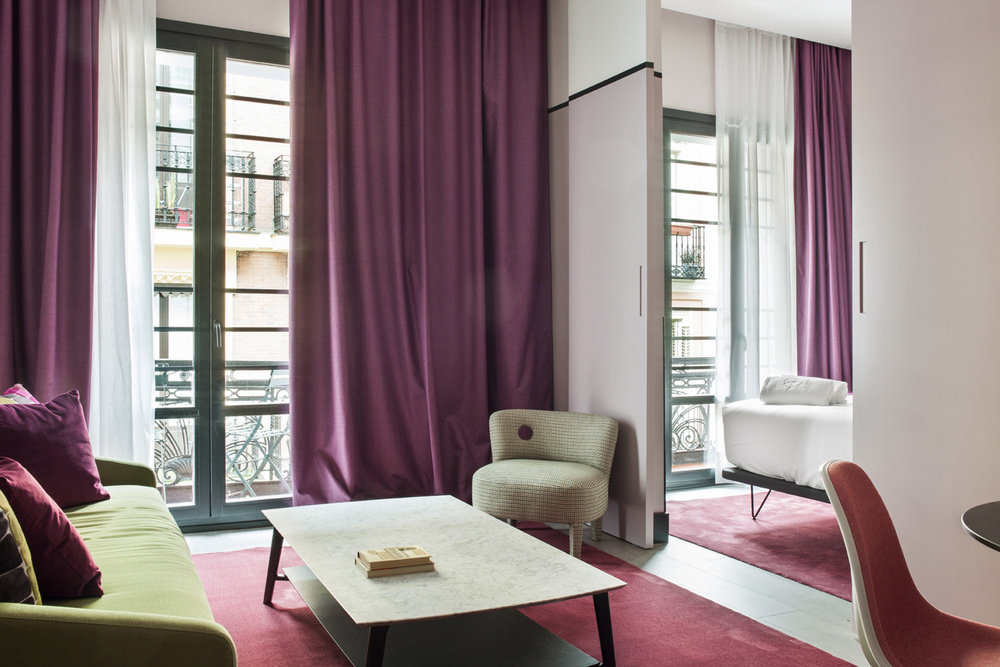 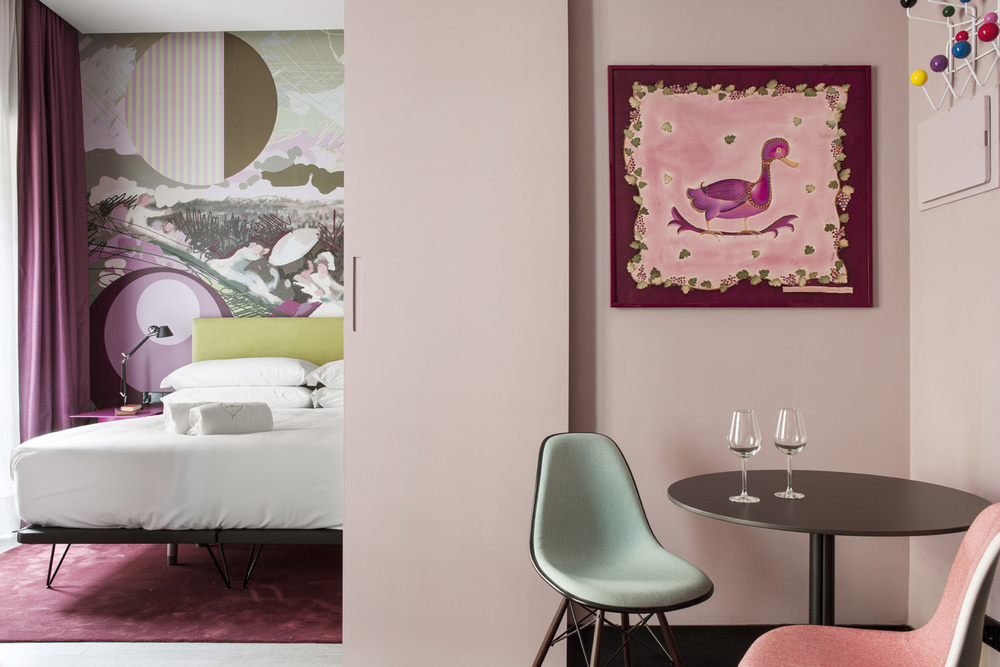 And it is that the Hotel Amor de Dios is not like the others, and it jumps at sight. Located in the Barrio de las Letras, a neighborhood known to have been home to great Spanish writers and poets, is steeped in history and poetry of the past, and breathes -like in the neighborhood- an intellectual atmosphere. The first challenge for the design team was to reconcile the important internal and external restructuring determined by the state of abandonment in which the building was located, but they overcame it and created eight apartments for tourist use, two of which – located in the plant down next to the reception- they have access to a small private garden. 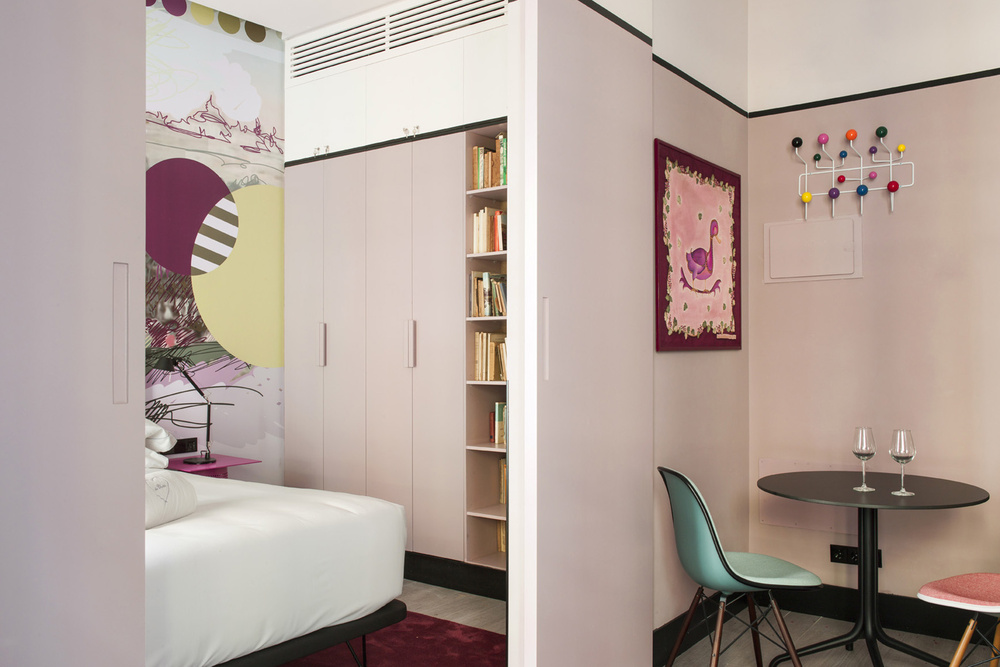 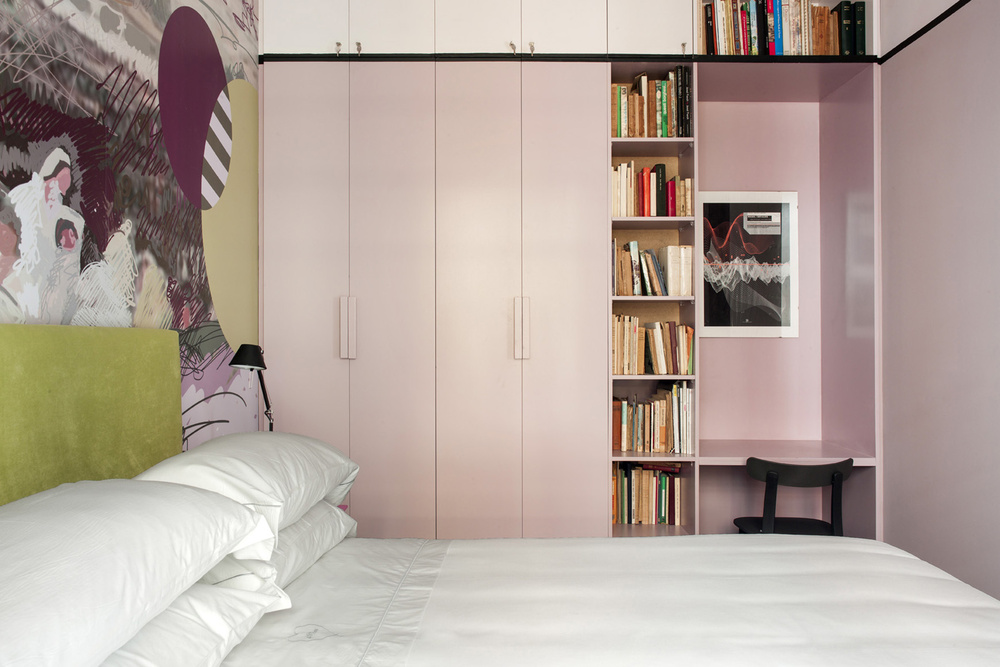 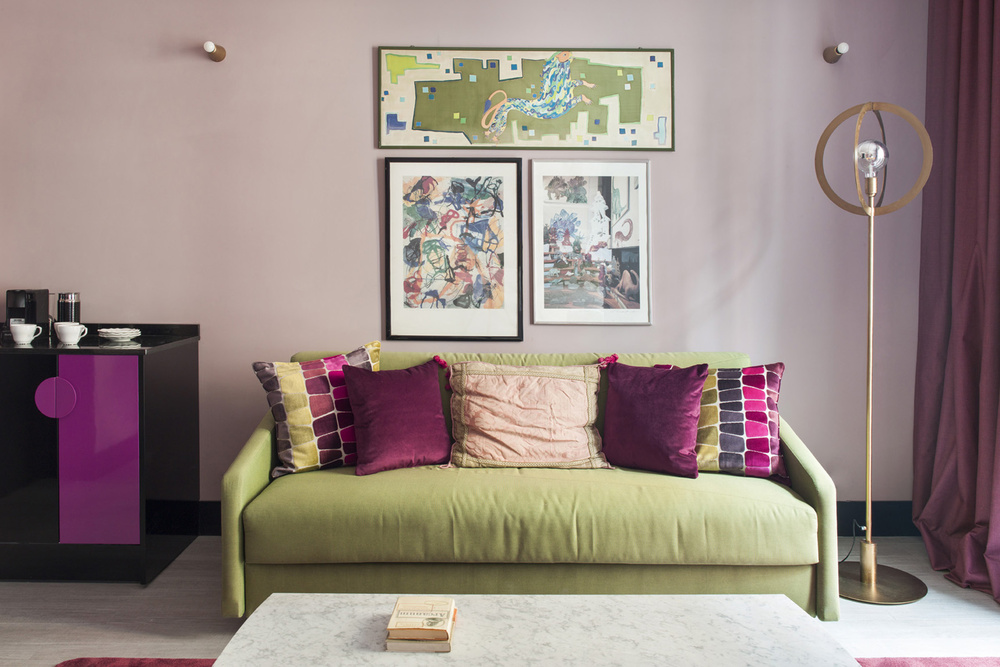 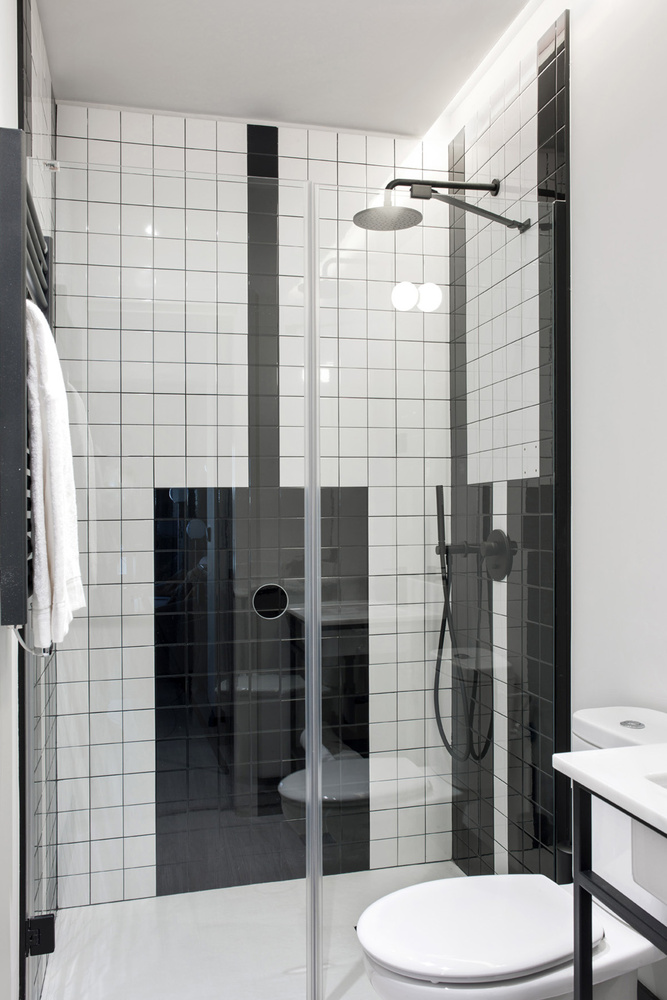 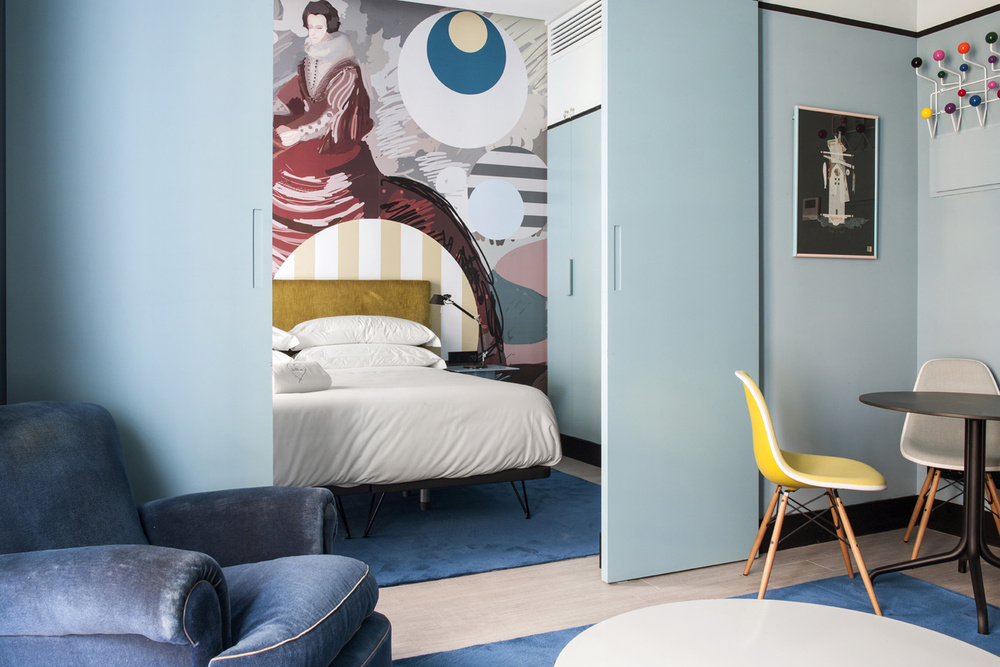 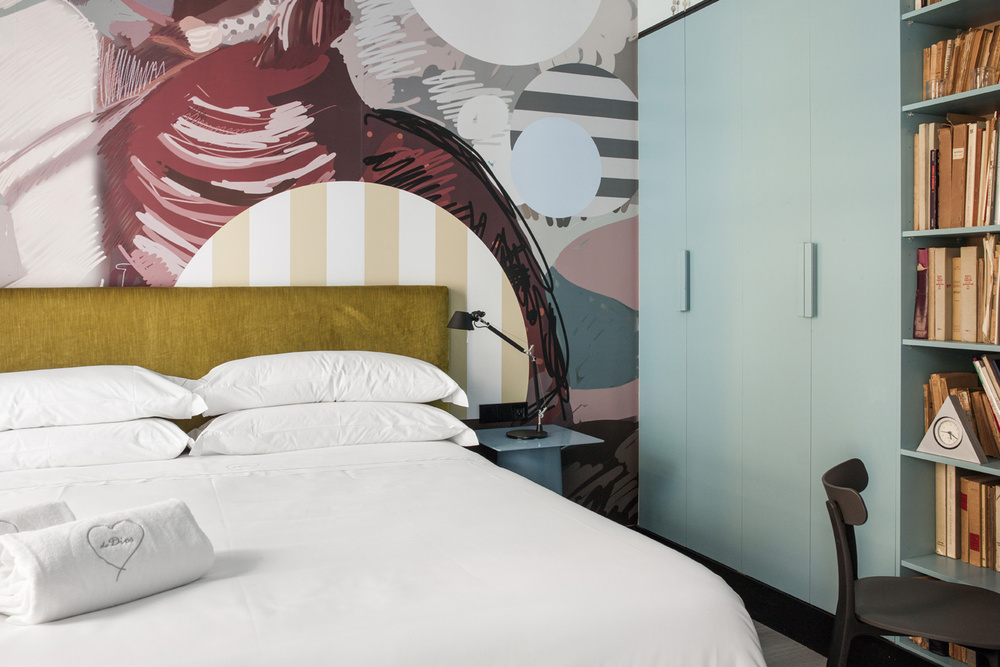 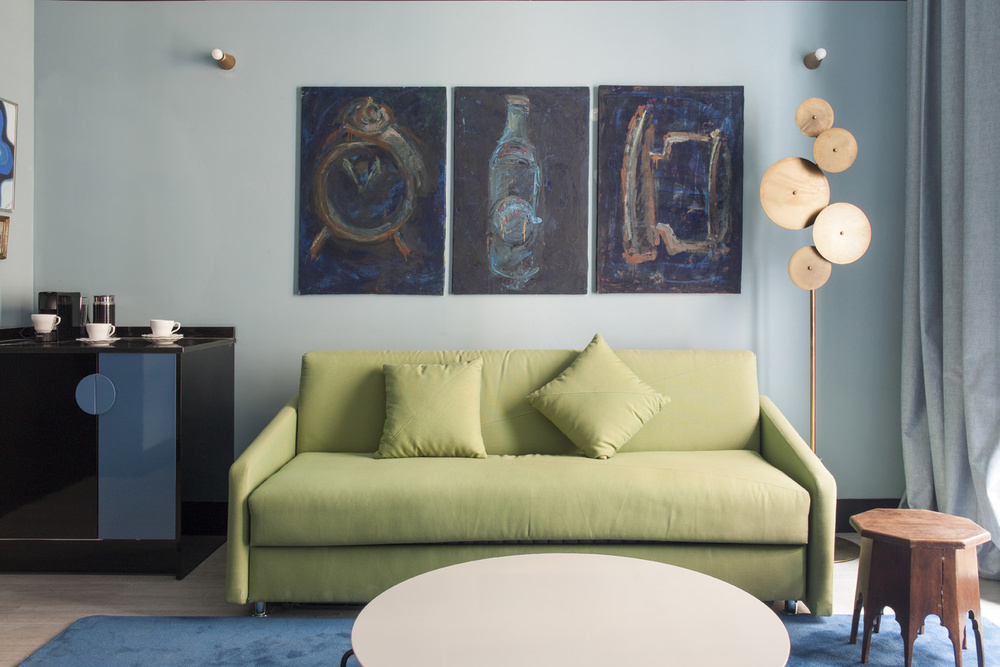 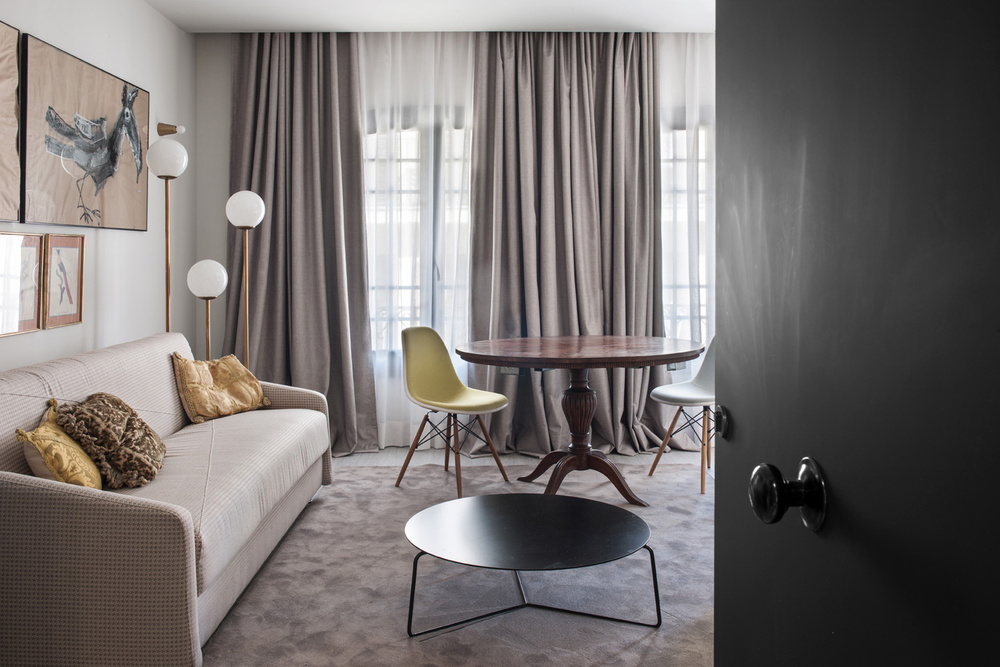 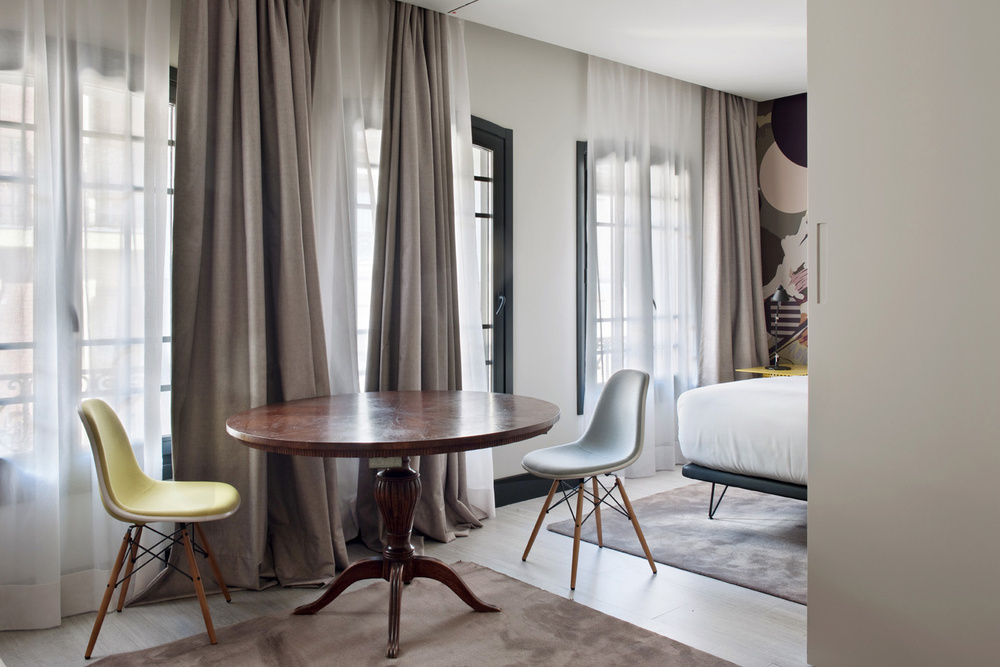 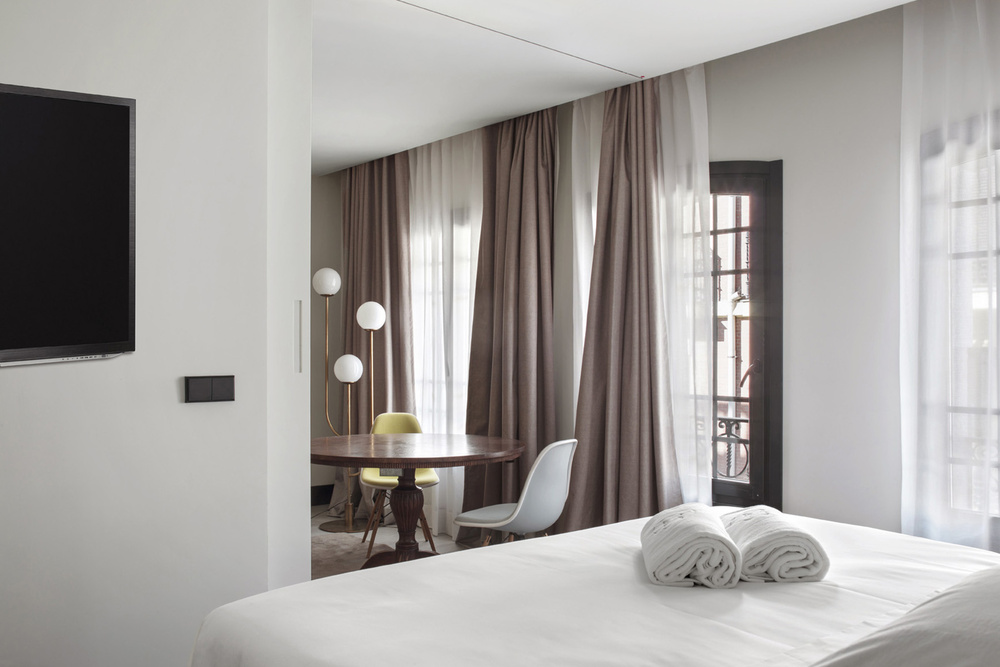 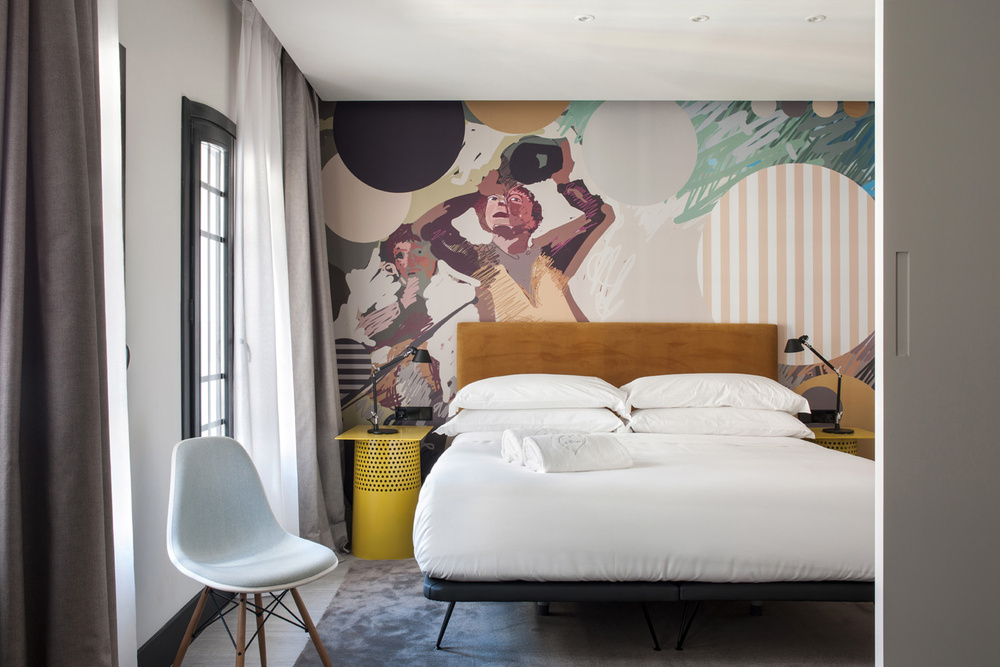 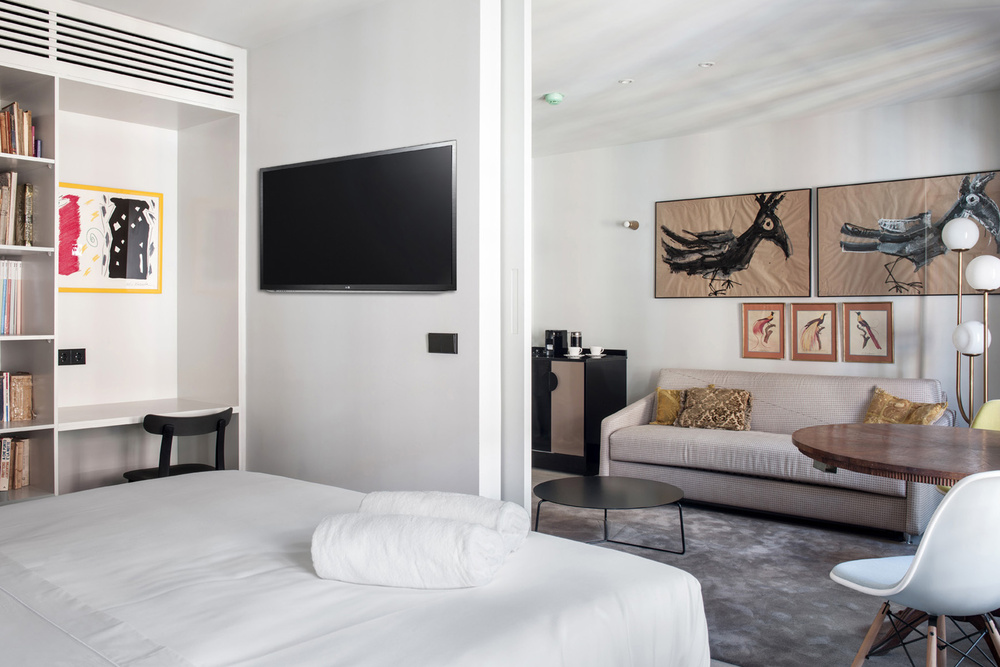 For the common areas it was opted instead to maintain the black and white pattern of the entrance. Also in each of the landings of each floor represents a phase of a lunar eclipse, a visual game that can only be understood when all floors of the building are covered.
However, color is the star of Teresa Sapey’s entire design approach and the essential instrument of expression. Each floor exhibits a different color variation, suggesting new possibilities to experience the space. As you go up in the plants, the colors become lighter, from the ground floor where the walls are dyed green, you go to the second floor in blue tones, the third in pink and the last in beige tones. In the same way that he plays with the colorful works of art -also realized by Teresa Sapey herself- reinterpreting the essence of great painters like Velázquez or Goya.

Thanks to these combinations in pastel colors and the choice of furniture -for the most part designed especially for the hotel- bright, enveloping and relaxed spaces are created, capable of transmitting the feeling of being at home, or even better … of feeling in home.