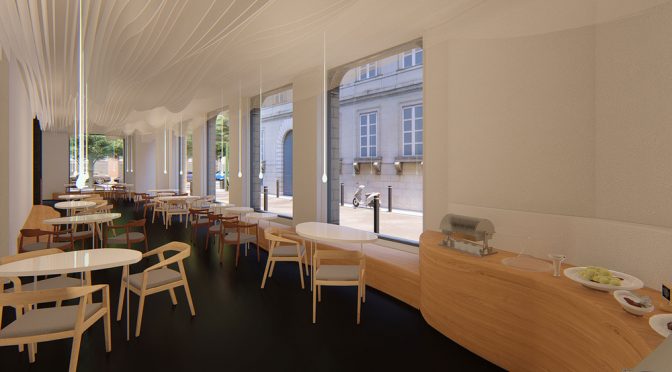 The Hotel Murmuri de las Ramblas, designed by IED Barcelona designers, opens a lobby inspired by the sounds of nature and the roots of plants, creating a unique sensory space. 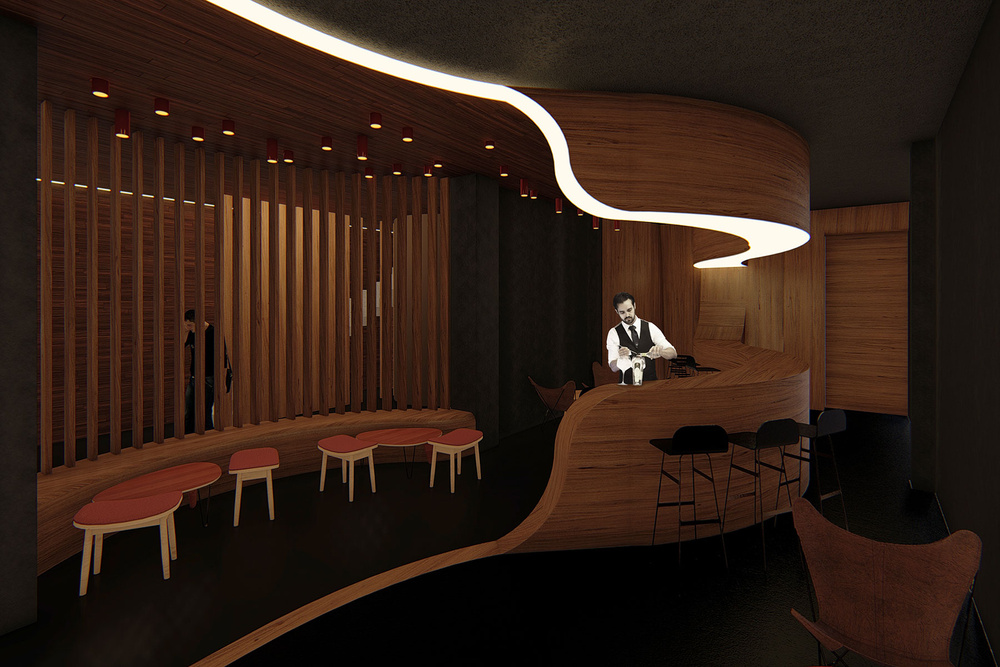 A hotel that is distributed as a large tree in which its roots are the lobby and the most important space and that sustains the place. That is the philosophy that has been followed at the Murmuri Hotel in Barcelona, ​​one of the most striking spaces on the Ramblas and that has just opened a lobby so worthy to be admired for its design as for its gastronomic and leisure offer.

In the new lobby the same philosophy has been followed as in the hotel, whose name means murmur in Catalan, based on the elements of nature (earth, air, fire and water) and the sounds they emit and create an ecosystem Nature is also present in the design of the spaces, in which the leitmotiv are thin sheets of wood that serve to delimit areas, although all are connected to each other, and also to decorate walls and ceilings in which the sensation is of a constant fluidity.

Thus, the hotel has a restaurant, which has opted for a soft and continuous environment with practical furniture and design; a bar or cocktail bar where events are already held with a careful cocktail menu and organic atmosphere and a warm atmosphere for customers to work with their computers while tasting their specialties in natural juices. In addition, the reception area and waiting room, completely renovated, has been designed in neutral colors with design icons such as the Cesta lamp by Miguel Milá.

The lobby, the most neutral place in the place, has also been designed in the same vein as the Hotel Murmuri, a four-star boutique hotel where its clientele ranges from business people to small families or couples. The interior design of the rooms has also been maintained, in which the Nordic touch and simplicity are the norm, providing a timeless aspect in keeping with the rest of the project. 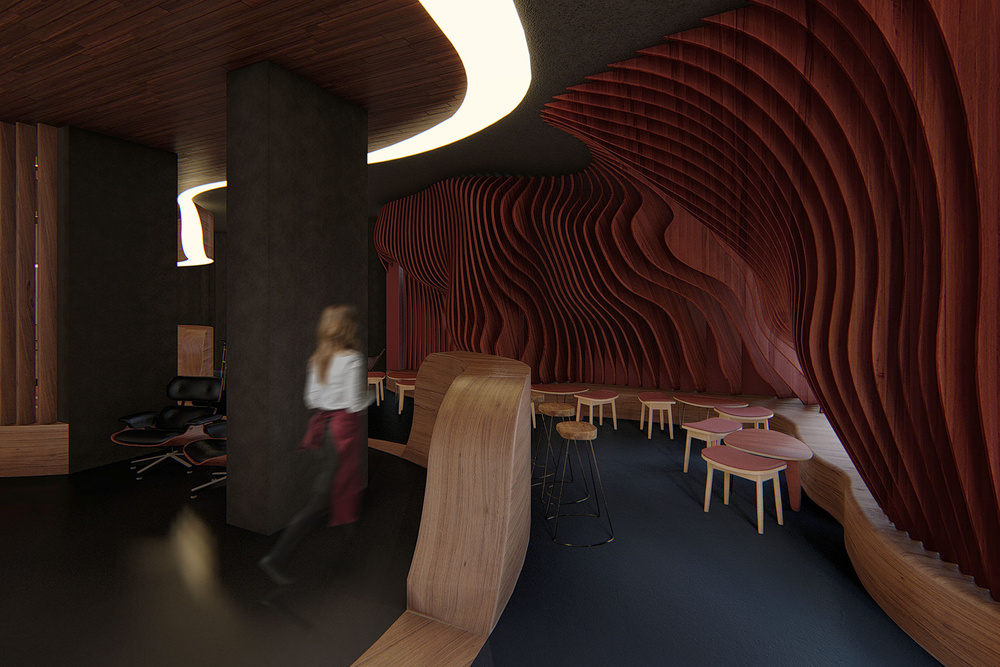 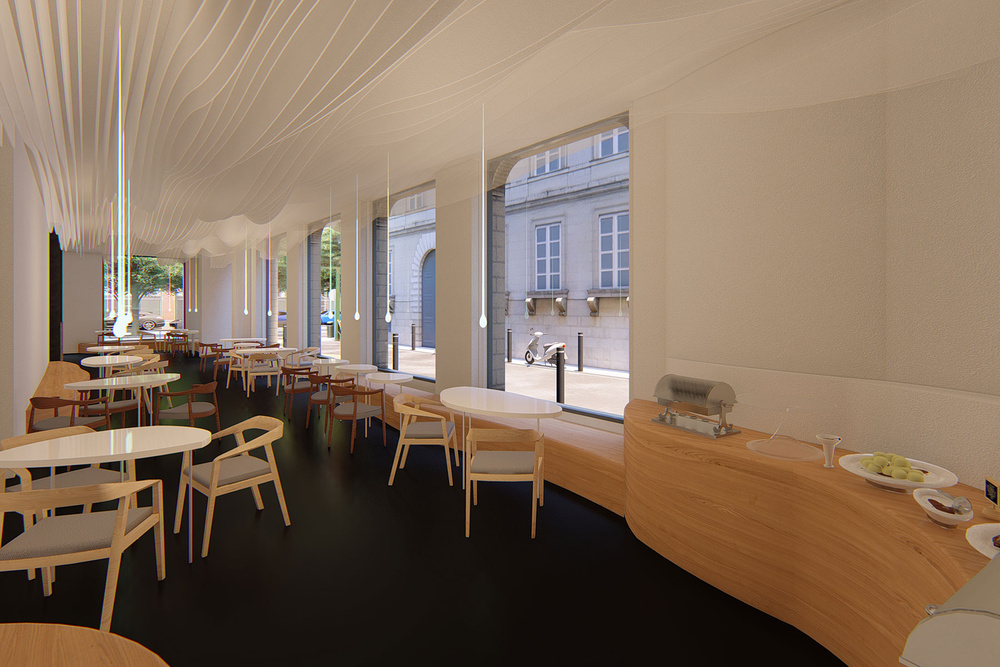 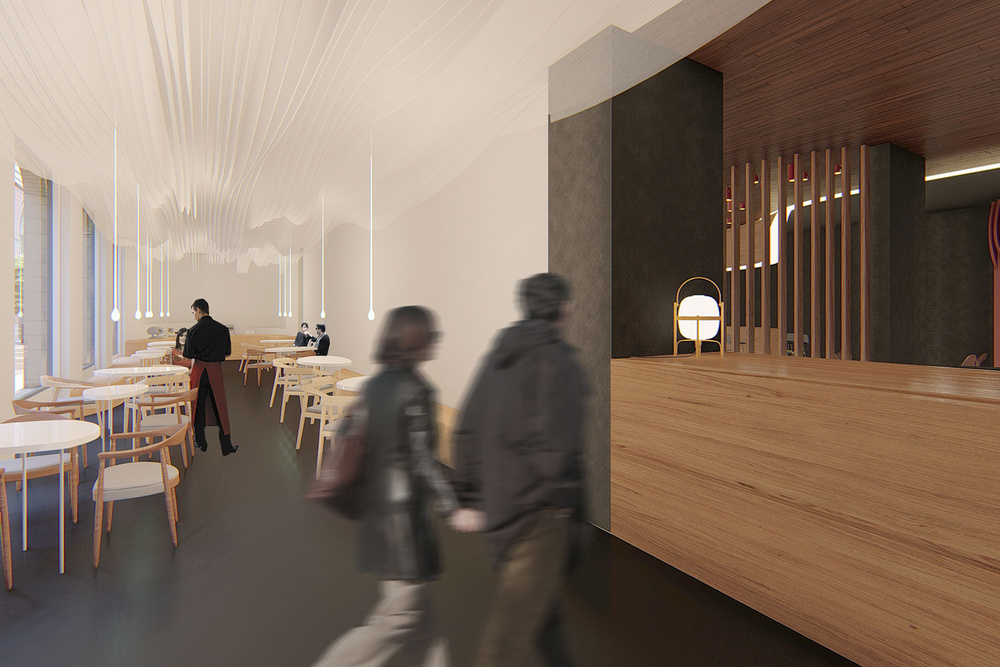 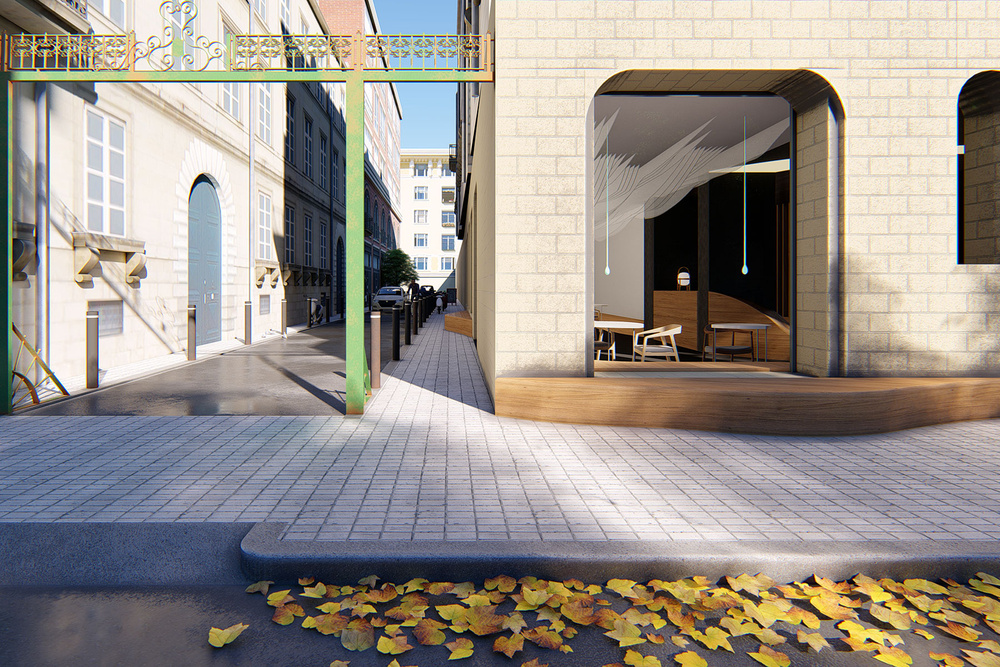 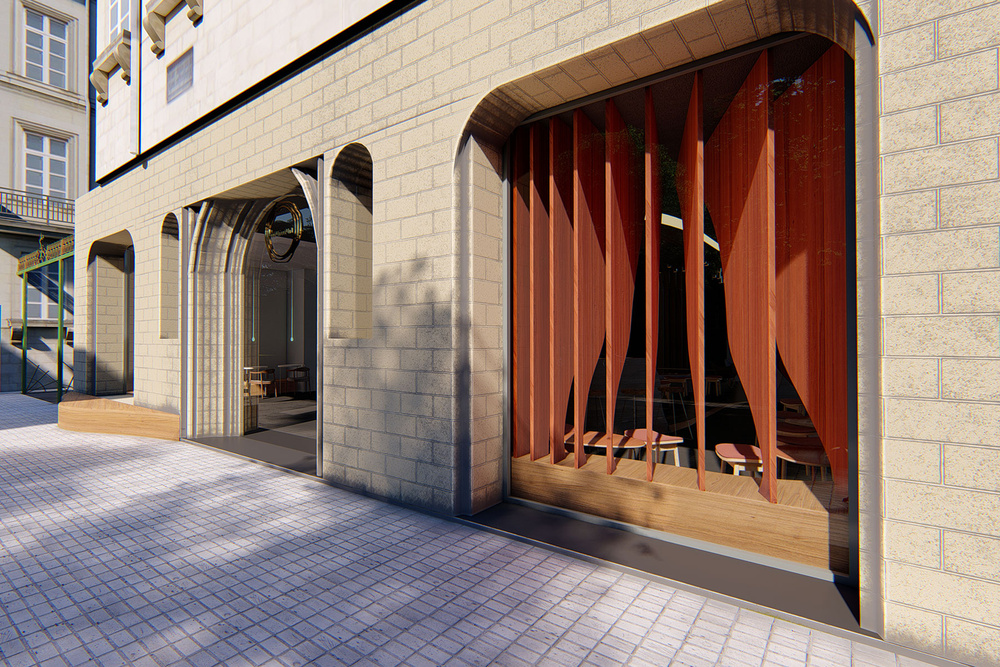 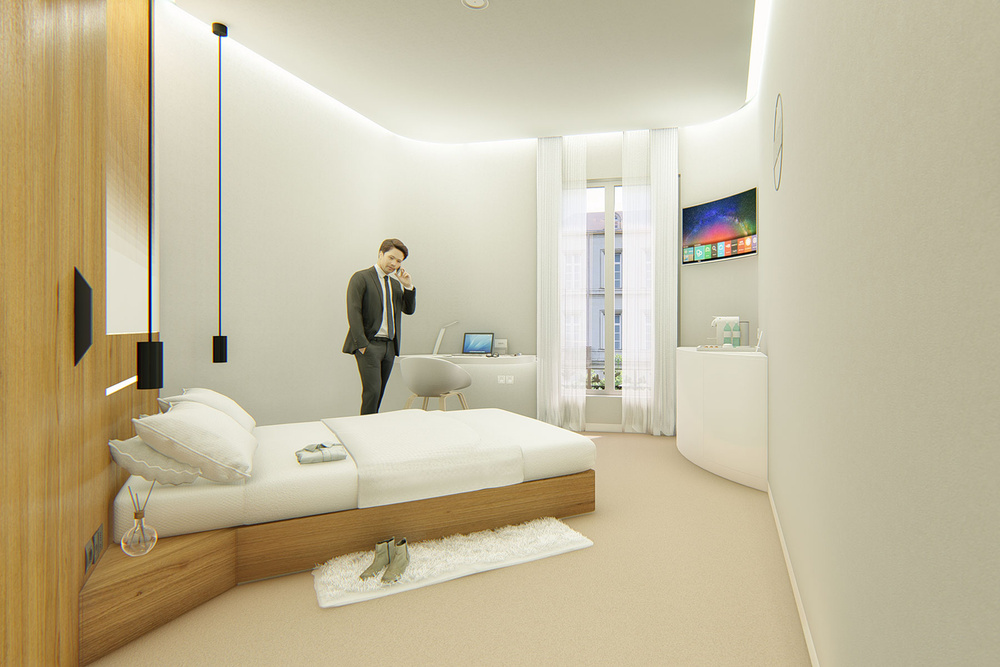 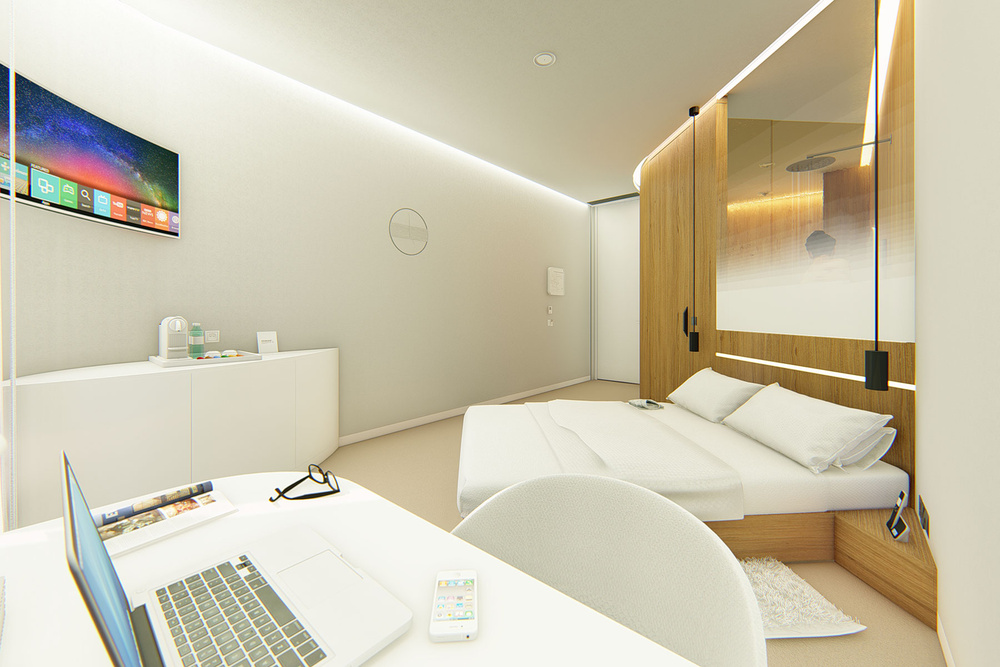 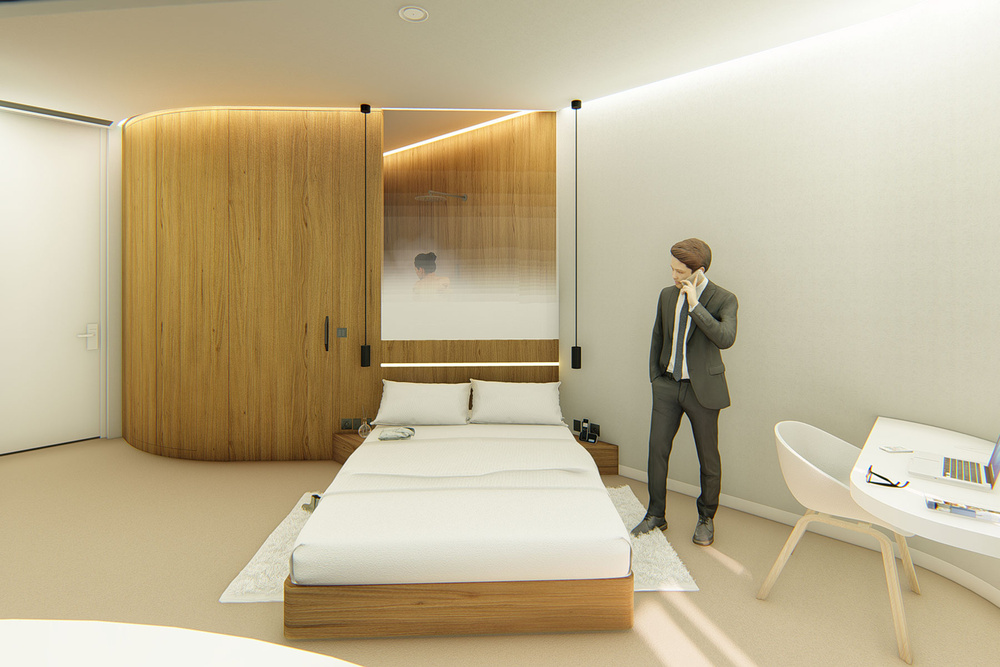 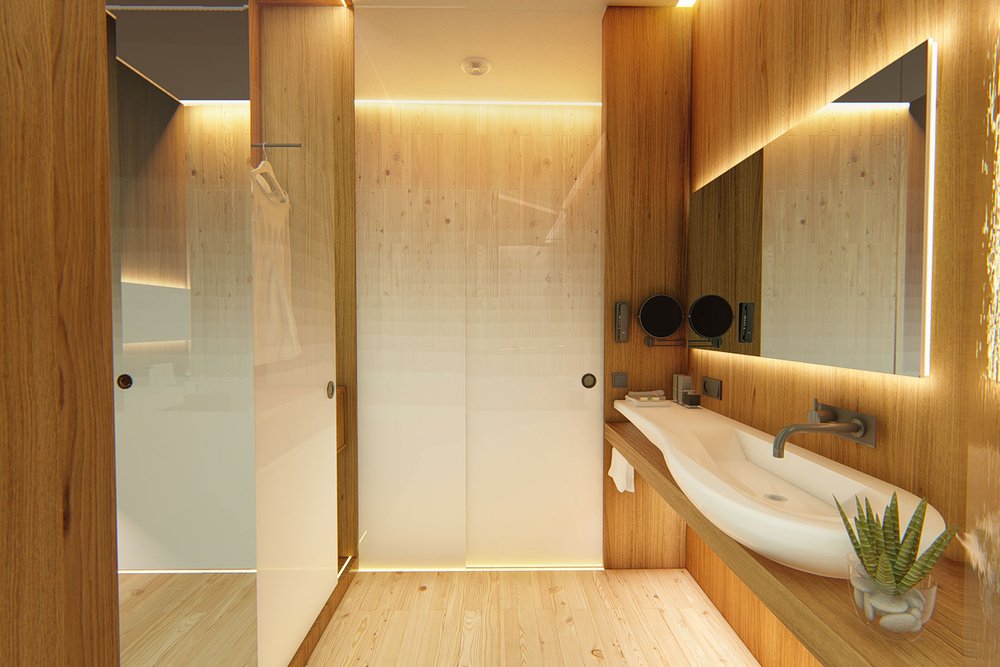 Murmuri Hotel has everything to be one of the accommodations that will revolutionize the city of Barcelona, ​​if it were not for one thing: it does not exist. At least not physically, since it is a project completely developed by two students of the Master in Design of Interior Spaces of the IED Barcelona, ​​Jharol Damian Salgado and Carolina Masana. The professional Master, who also has a specialty in retail is coordinated by Natali Canas del Pozo from El Equipo Creativo, one of the most important interior design studios in the Catalan capital.

The master, which in September will begin its 17th edition, offers students a complete training and applies different methods of the creative process and innovation through Project Based Learning. In their subjects, they are developed from the management of work and design to aspects of furniture and materials. In short, a whole set that will allow them to create a project in their professional life from scratch.

In addition to this master’s degree, the IED Barcelona offers other studies related to the design of spaces. This is the case of the Postgraduate in Lighting of Spaces, with which the figure of the lighting designer is created, something essential in many professional fields and the Master in Interior Space Design Methodology. The latter, in English and by the hand of the architect Josep Ferrando is based on its own methodology focused on innovation in the extensive field of space design, addressing design from a multicultural context with a contemporary approach based on transdisciplinarity. In short, an educational offer that young students make projects that, like this one, can be perfectly real.