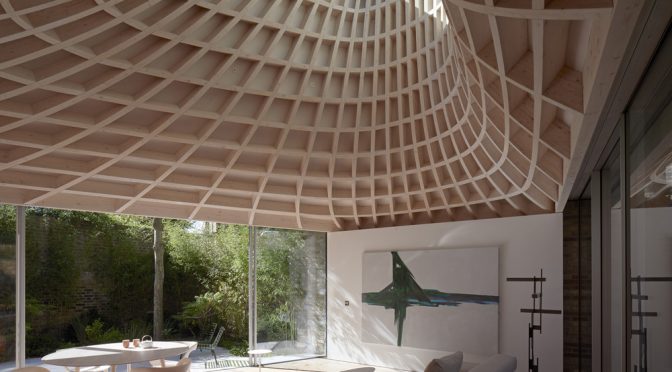 Covered in copper and striking on the inside, this underground house built under a London garden creates with lights and shadows a careful architectural game that leaves no one indifferent. 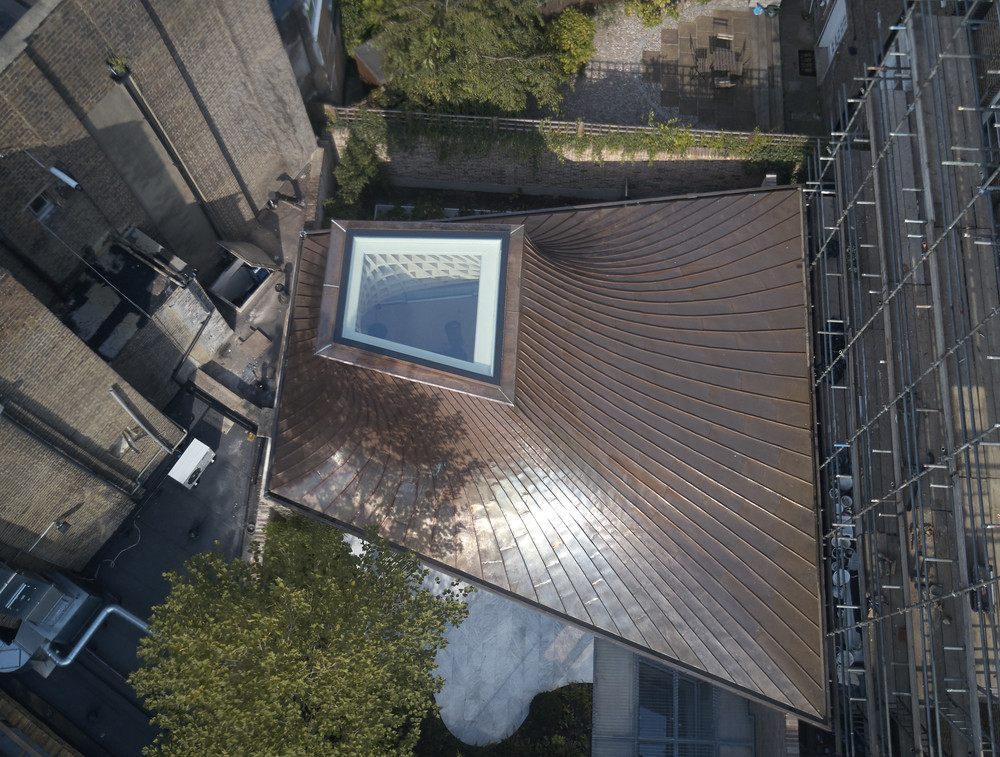 Wedged between two tallest buildings, this London house is not (at all) what it looks like. From the outside, its roof with irregular carp covered with copper is the first thing that catches our attention but, inside, what impacts is its ability to take advantage of the outside light on its three floors, two of them excavated under the ground .

The house, baptized as The House in a Garden, is located on a plot of a mid-19th century villa in the neighborhood of Nothing Hill and is the work of Gianni Botsford’s architecture studio, which projected it between 2007 and 2014 and ended to build it last September. As explained from the study, it is an architectural exercise on the manipulation of natural light throughout the day and all seasons. “Building with light and darkness has been to work with what the context gives you, with its limitations and opportunities,” explains Botsford. 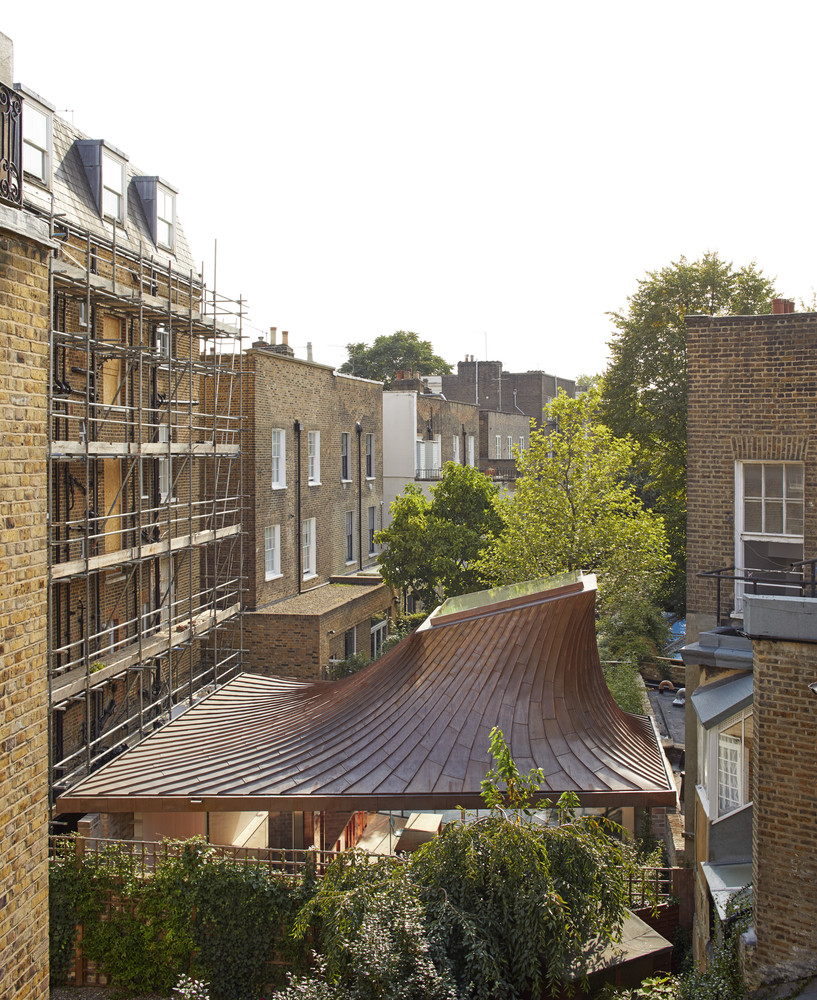 The most visible component of the house is its roof, a complex structure of laminated wood made of fir with a double curvature that is crowned with a rectangular skylight designed specifically to receive as much light as possible. The ceiling seems to be floating above the living room, which occupies this entire floor, and whose glass walls almost fuse it with the landscape. “Conformed by the light and shadow that surround it, the shape similar to the roof tent creates a new place to live in the house, one that turns its back on the large volumes that surround it but takes advantage of the space,” sums up the architect.

The roof was created by digital and manual processes and consists of pieces of wood curved in three directions, all unique to each other. They were prefabricated in the Italian region of Dolomites based on three-dimensional models provided by the architects and placed one by one in eight different sections.
Under the first floor, where the kitchen-living room is located, another two floors serve to house the rest of the house, of 256 square meters. The bedroom is on the middle floor while another lounge with a 10-meter-long pool is in the deepest one. Achieving natural light to reach a depth of eight meters was a challenge for the study, especially considering the narrowness of the house and that is oriented to the north. But, as they explain, it was solved by means of light wells and skylights, designed to project daylight on the walls of the lower floors.

In addition, the use of copper, which is repeated throughout the house, on the kitchen surfaces of the ground floor and in the details of the rooms below, helped the light to fade almost every corner, also giving a more subtle and warm tone. “As a natural material extracted from the earth, copper fits well with the idea that a large part of the house is underground,” they say from the study. 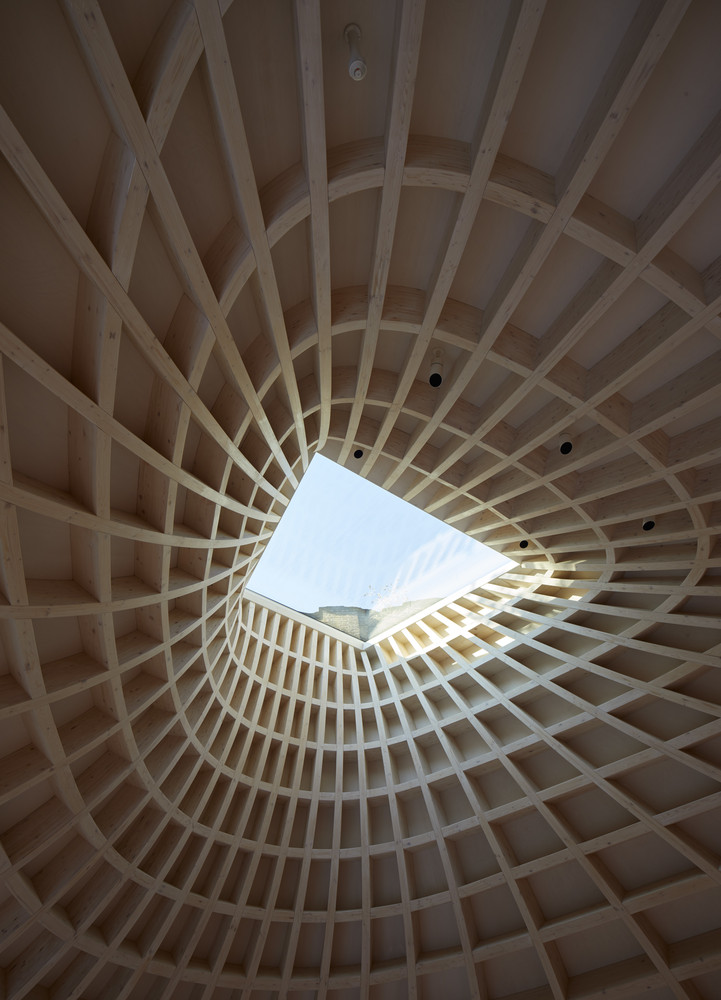 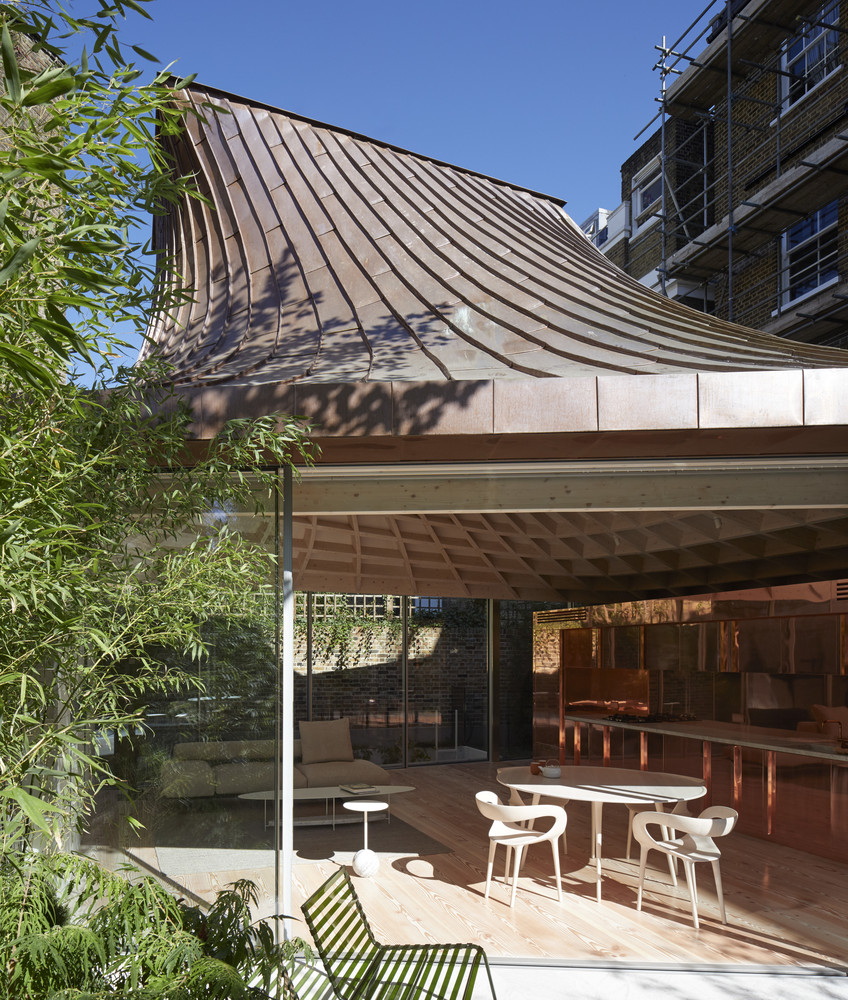 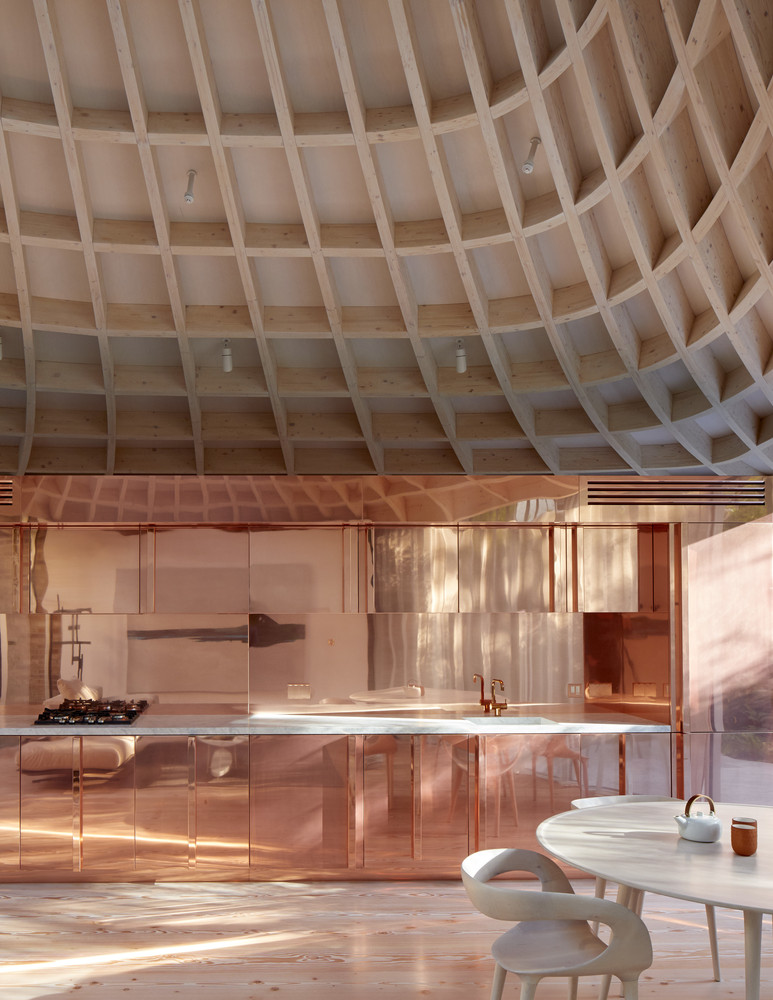 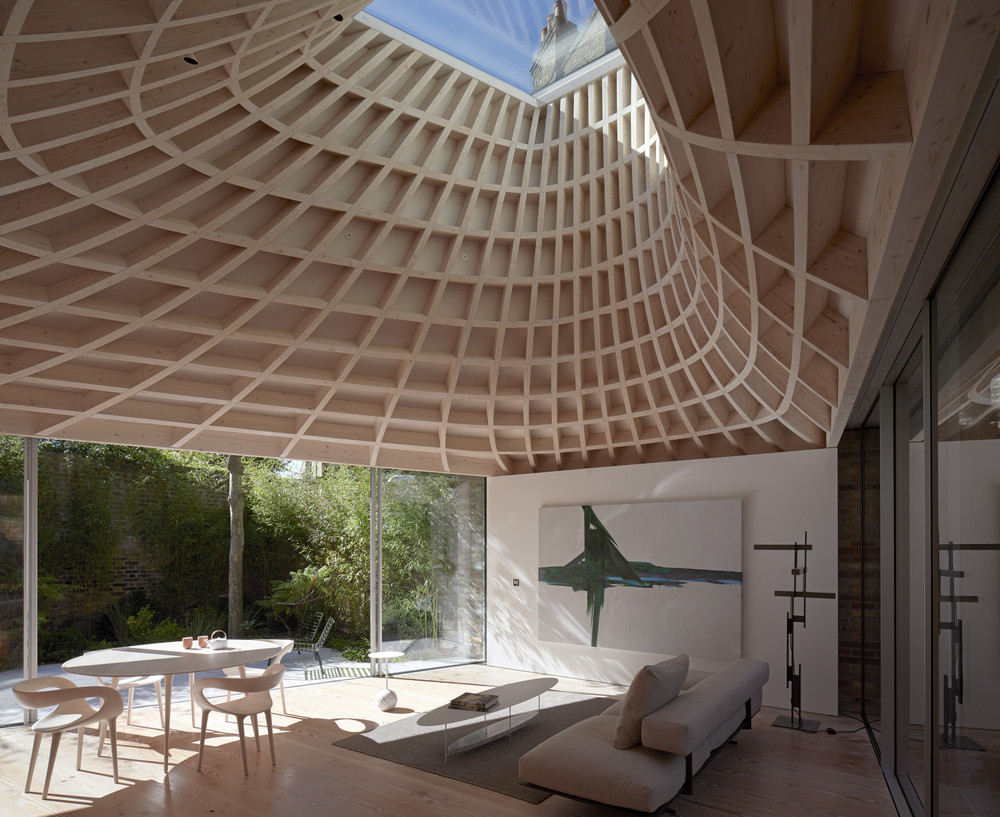 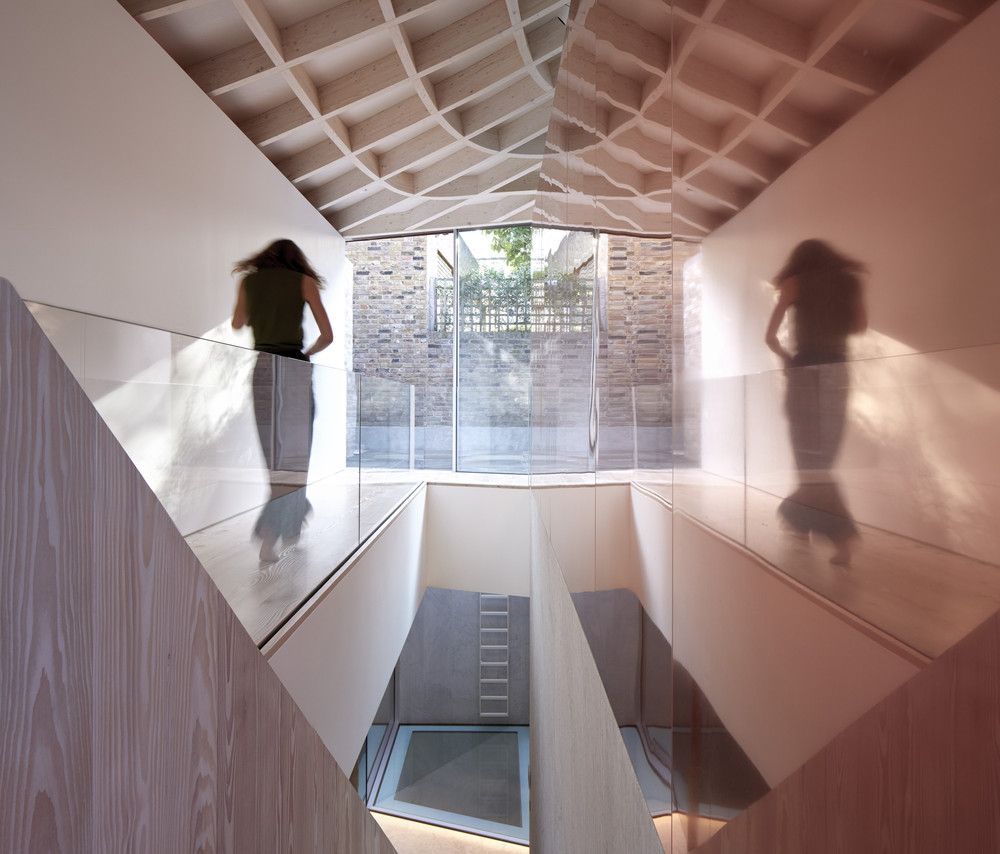 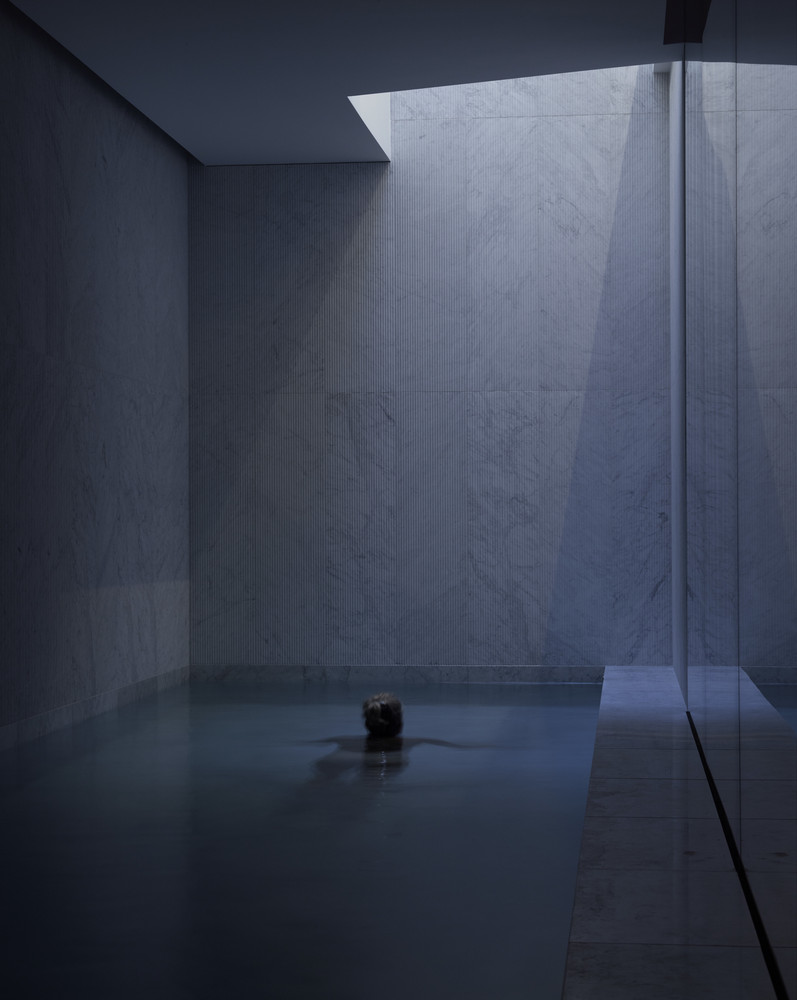 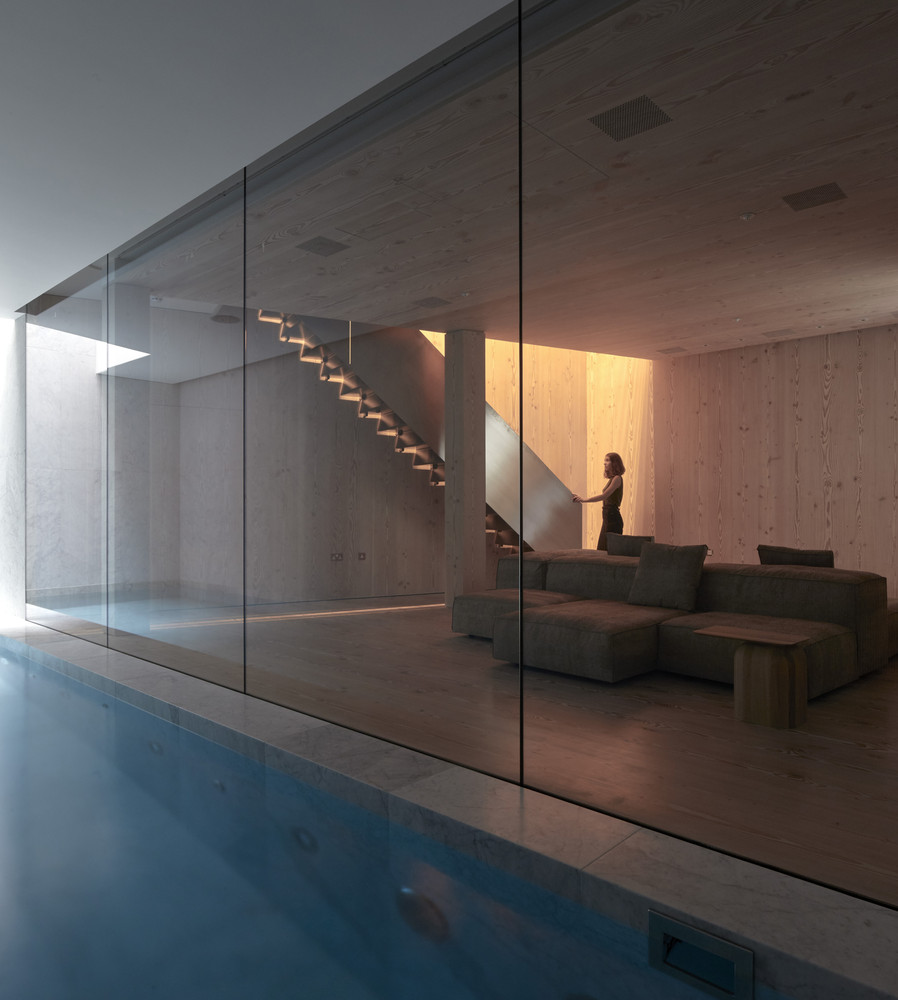 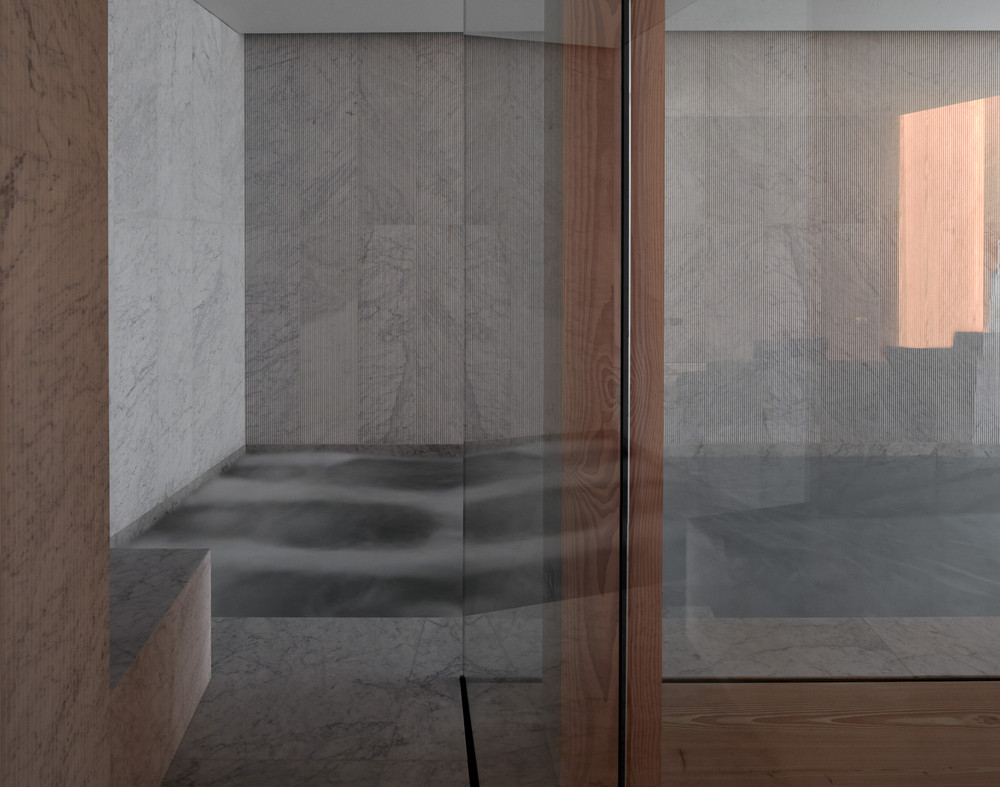 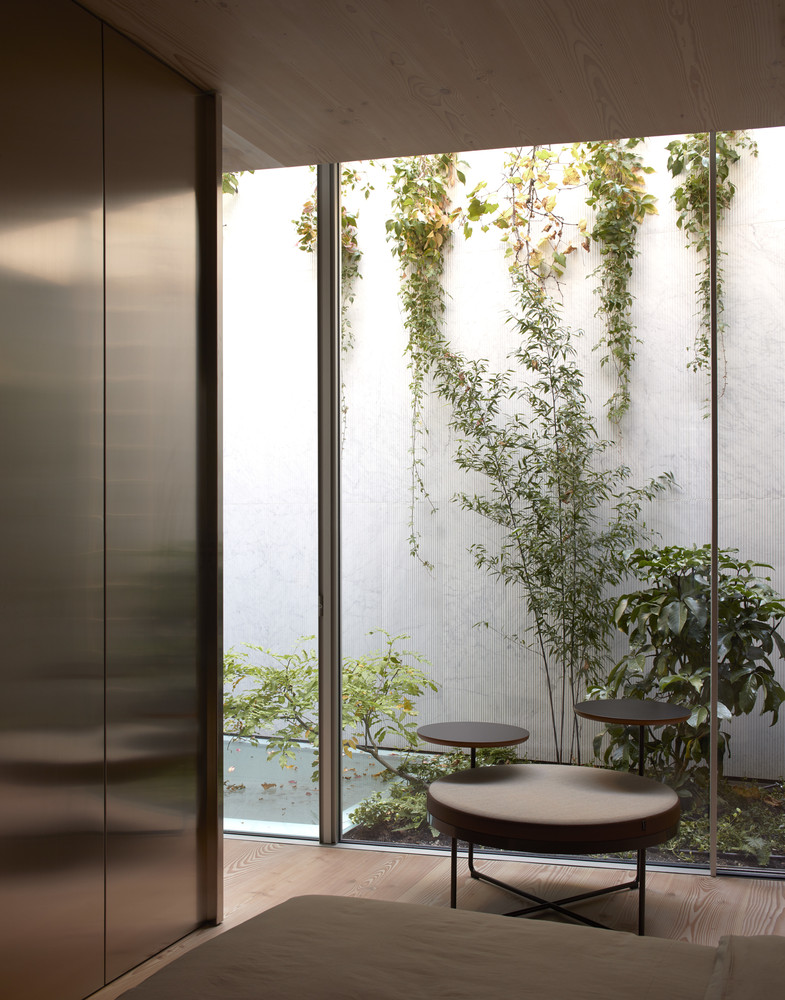 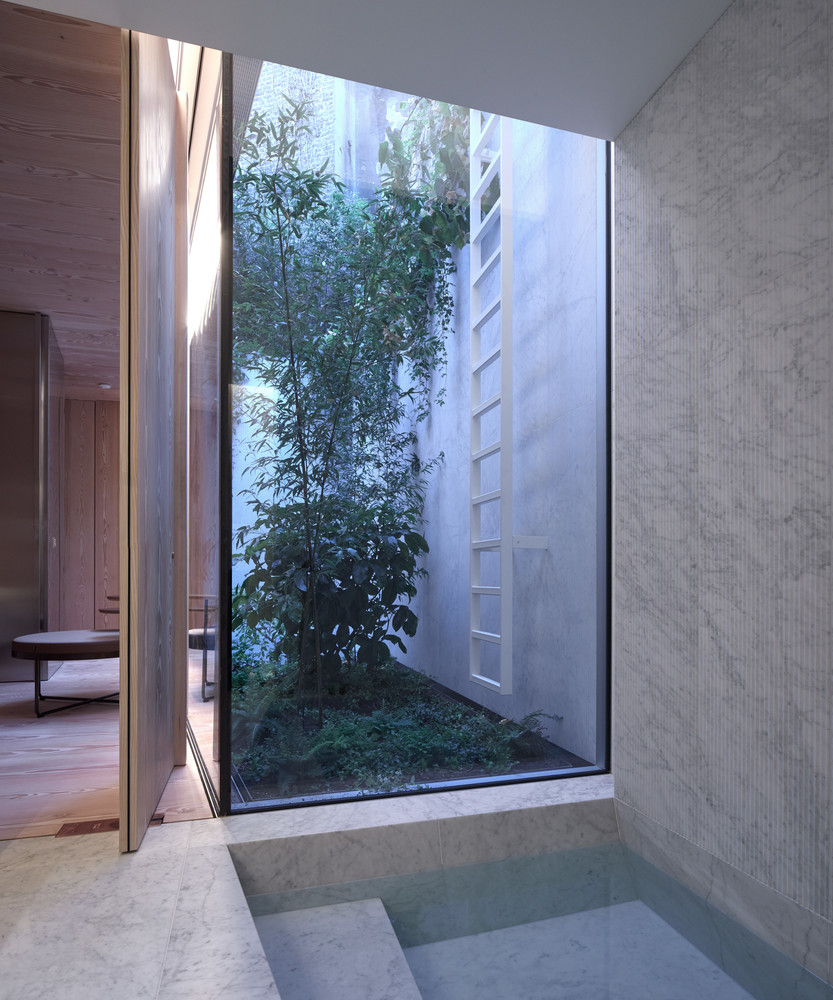 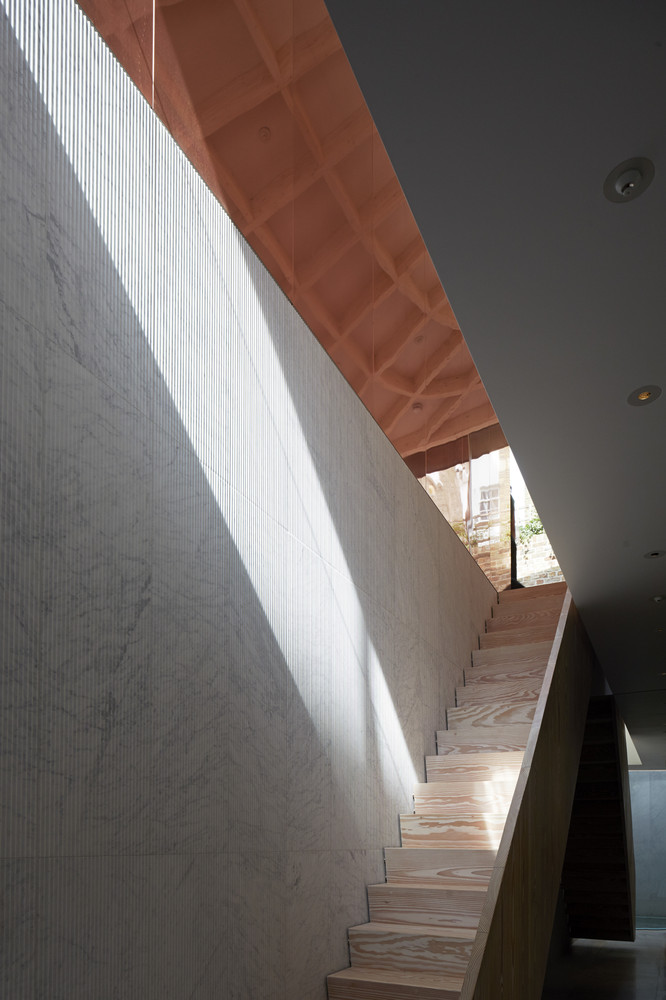 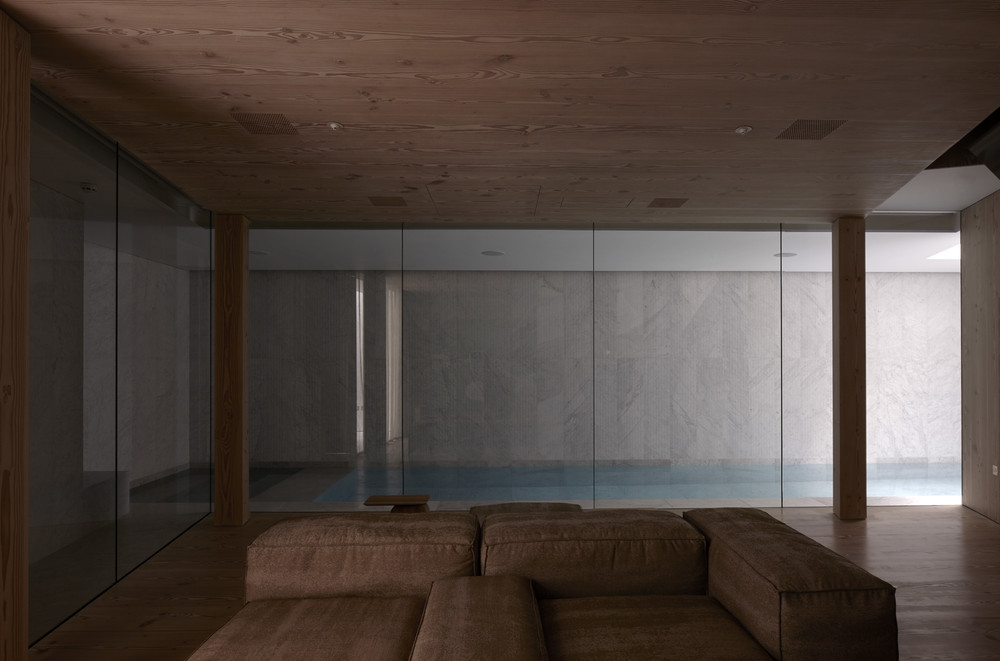 They also opted for materials such as Carrara marble, with colder tones that contrast with the wood, making a parallel with the studied game between light and dark of the rest of the project. “As marble is also extracted from the earth, its use seems consistent in a space excavated in a field. It’s a similar effect to the use of copper, “they conclude.