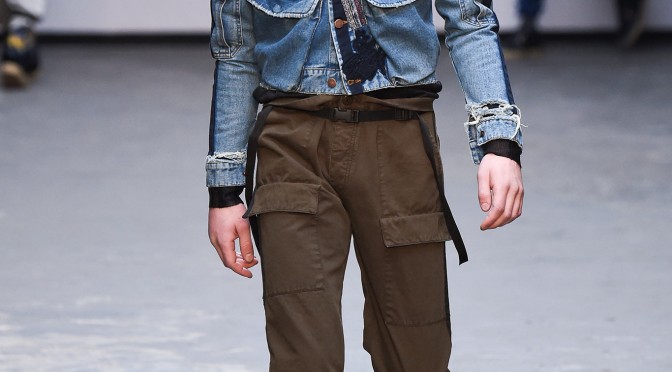 LONDON, UNITED KINGDOM – James Long’s trump  presentation is his cloth manipulation, and such work deserves to be appreciated up close. A three-minute window for editors to dissect his handcraft may be a injury to 1 of London’s go-toc lothing designers.

But from what can be ascertained, Long contend on contrasts: the powerful exterior of utility wear was paired with lace appliqués. The brittle masculine shell hid a preference for drama and aptitude. Consistent with Long, “Everything we looked at, we wanted to say, you know, it’s not just a biker jacket. It’s that juxtaposition of glamour and on-the-edge that I always love.” Shearling, that looks to be trending at London Collection: Men up to now, accented staples just like the denim jacket and overcoats. Utility straps cinched bulkier shapes giving surprising undulations within the silhouette. Construction lines over the shoulders were reinforced with excess cloth, like band-aids on open seams — barely holding this weak notion of masculinity together.

Perhaps what stood out most were the illustrations of the Sacred Band of Thebes, the military of male lovers from ancient Hellenic Republic, on the jersey numbers. The drawings were done by artist James Davison, who goes below the anonym of Klarr, a name not too foreign to the East London gay scene. the result of the collaboration was actually noteworthy as Davison’s faces peek through the heavily layered looks surreptitiously every now and then.

Patchwork makeshift clothing, the nod to the gay scene and the hooded strangers on the runway — all hard to say for sure but maybe that air of cloak and dagger is precisely what Long was aiming for this season. 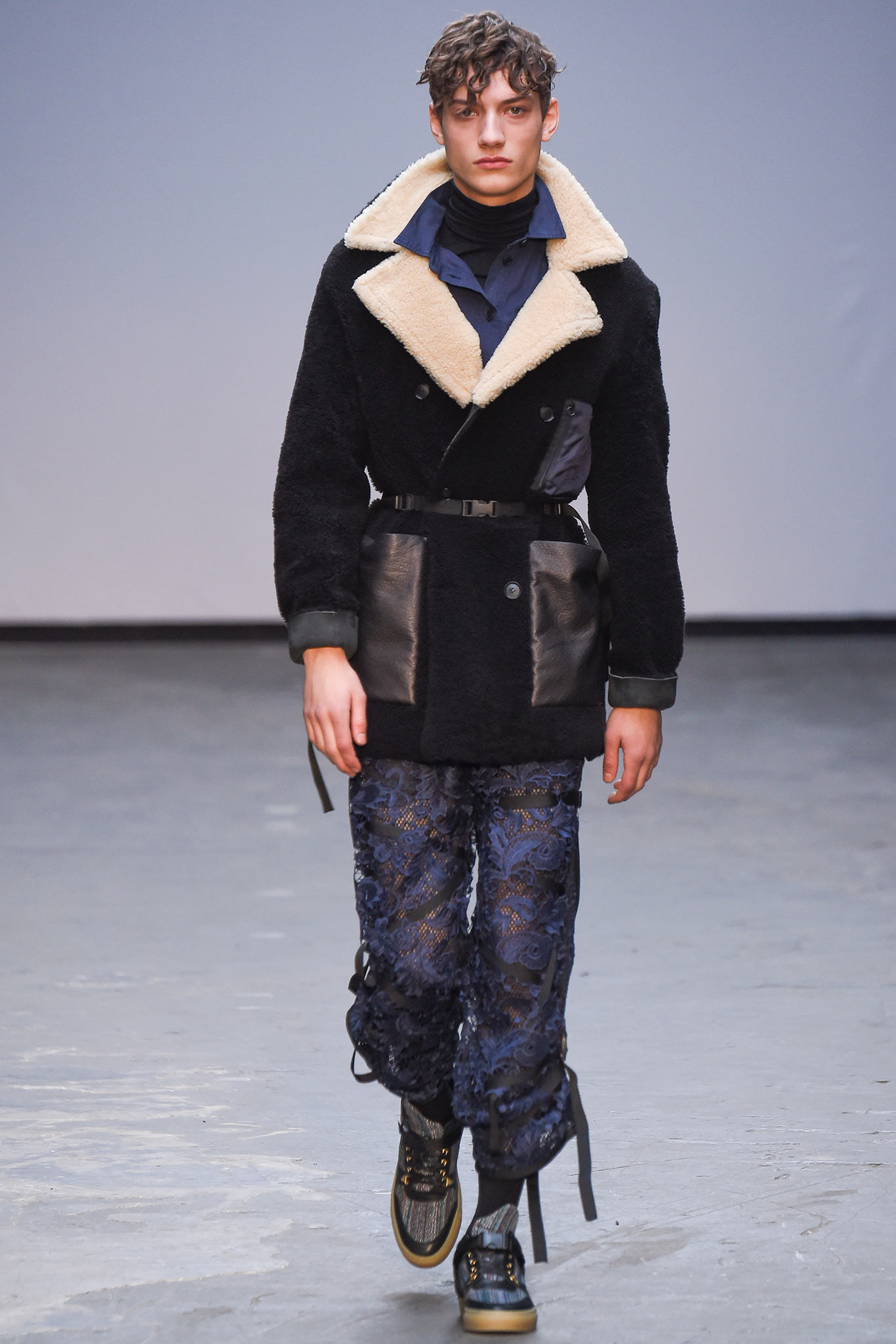 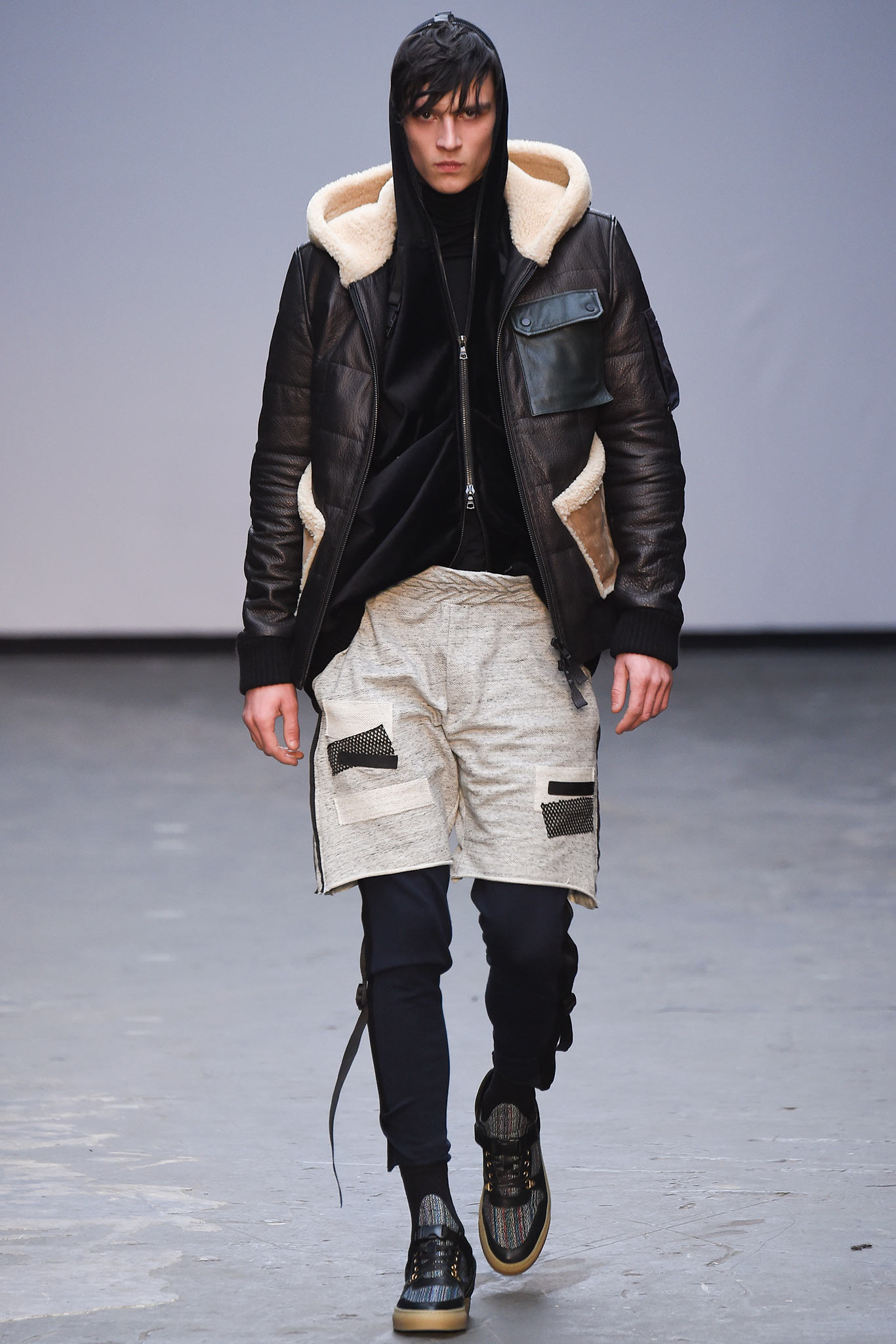 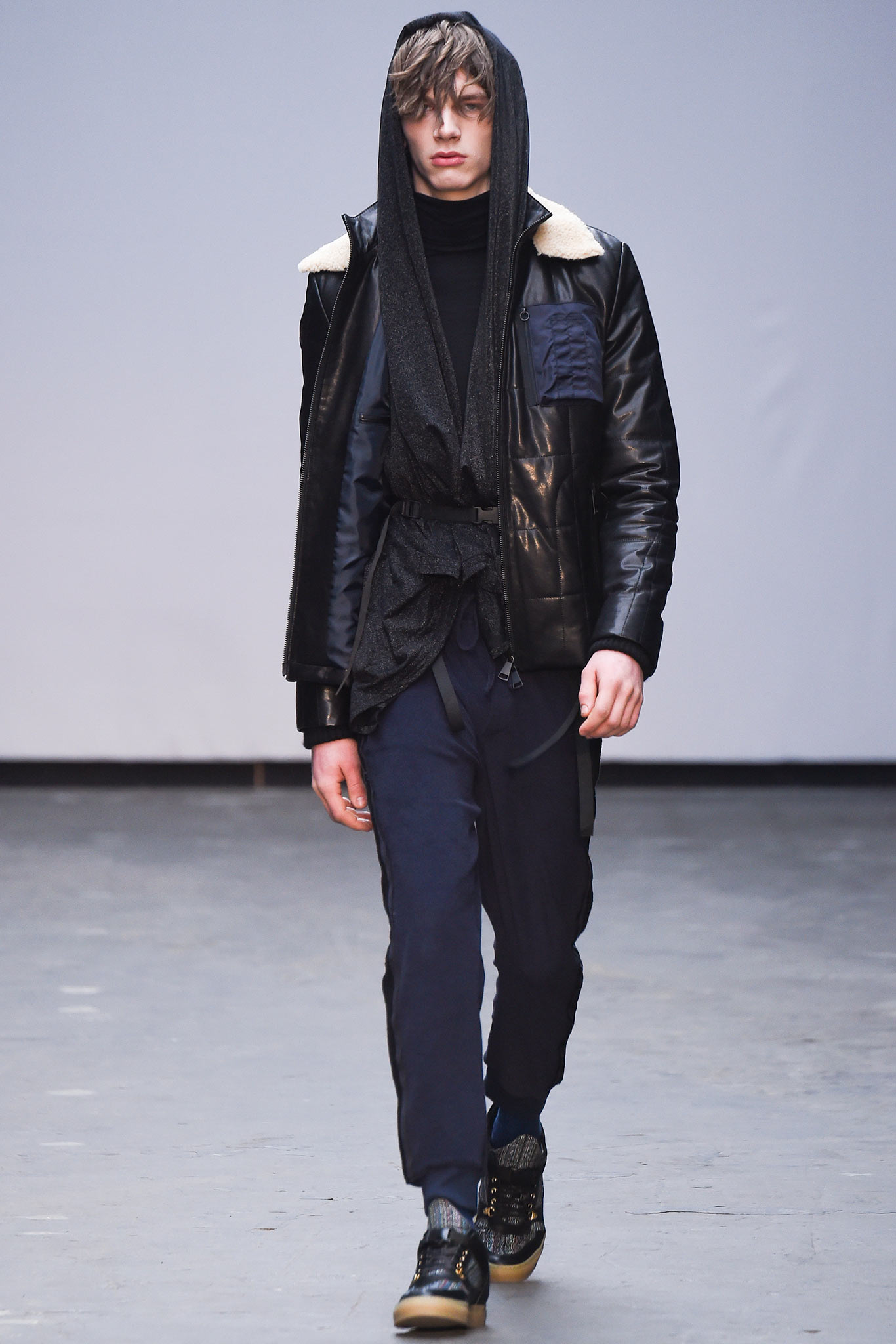 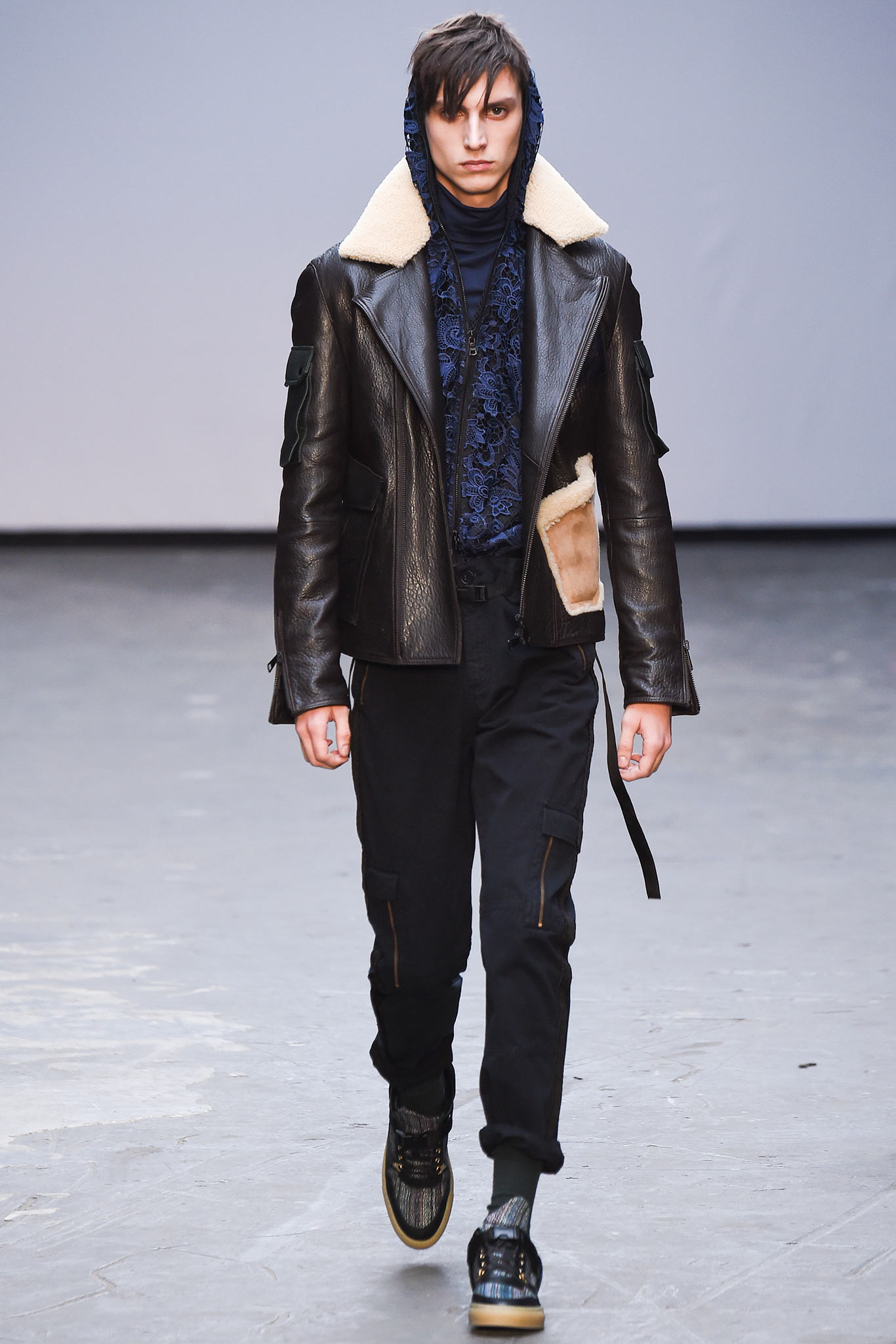 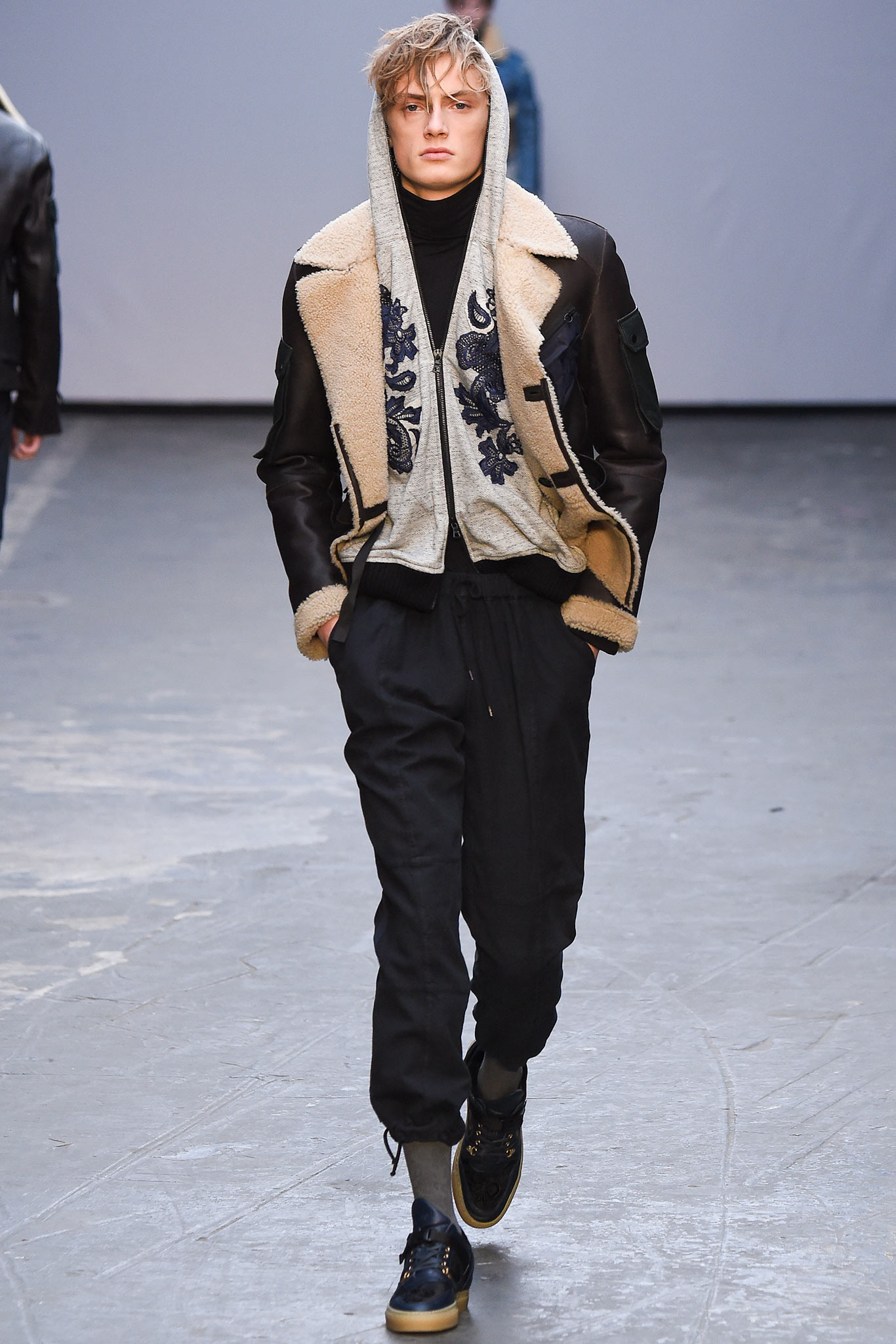 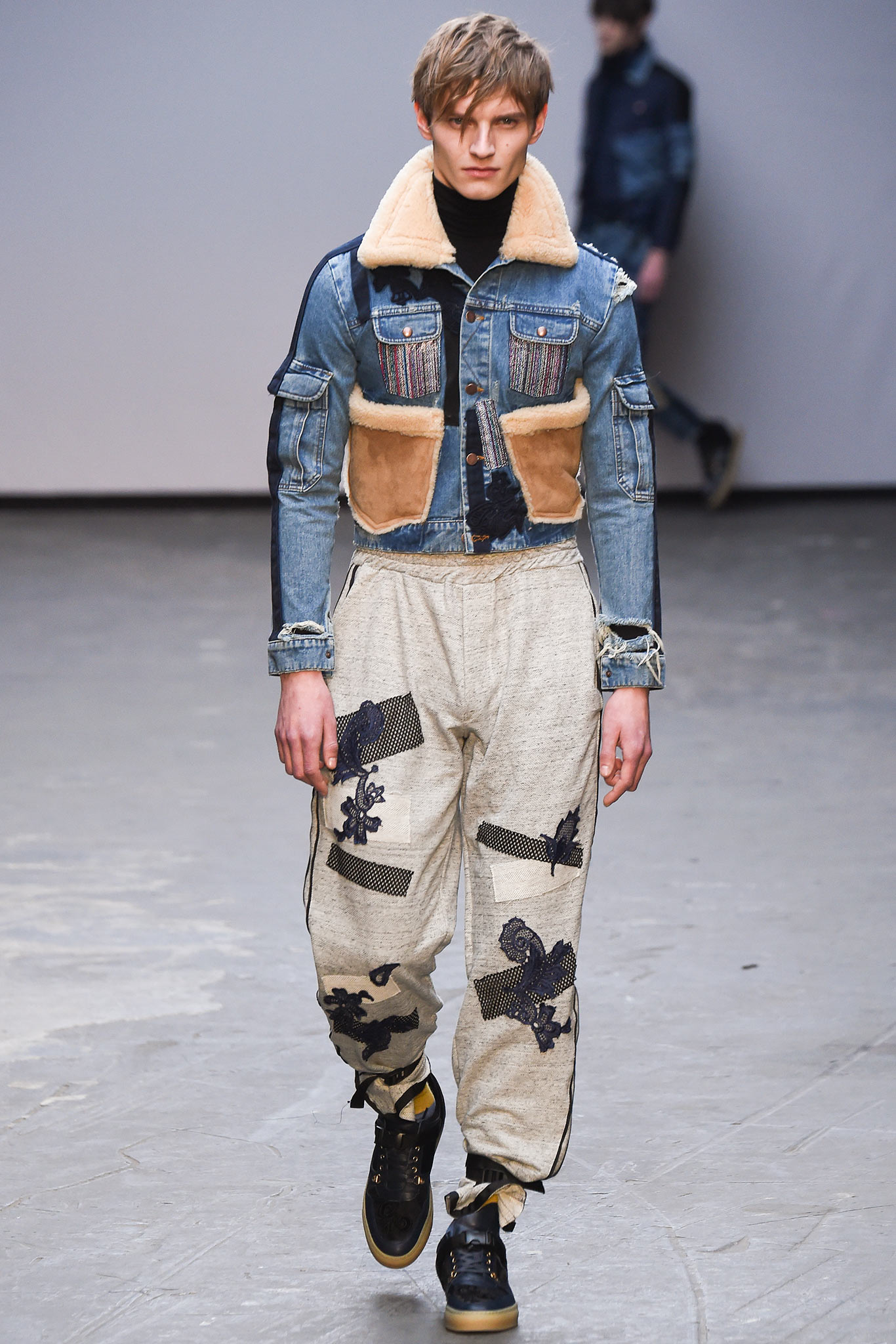 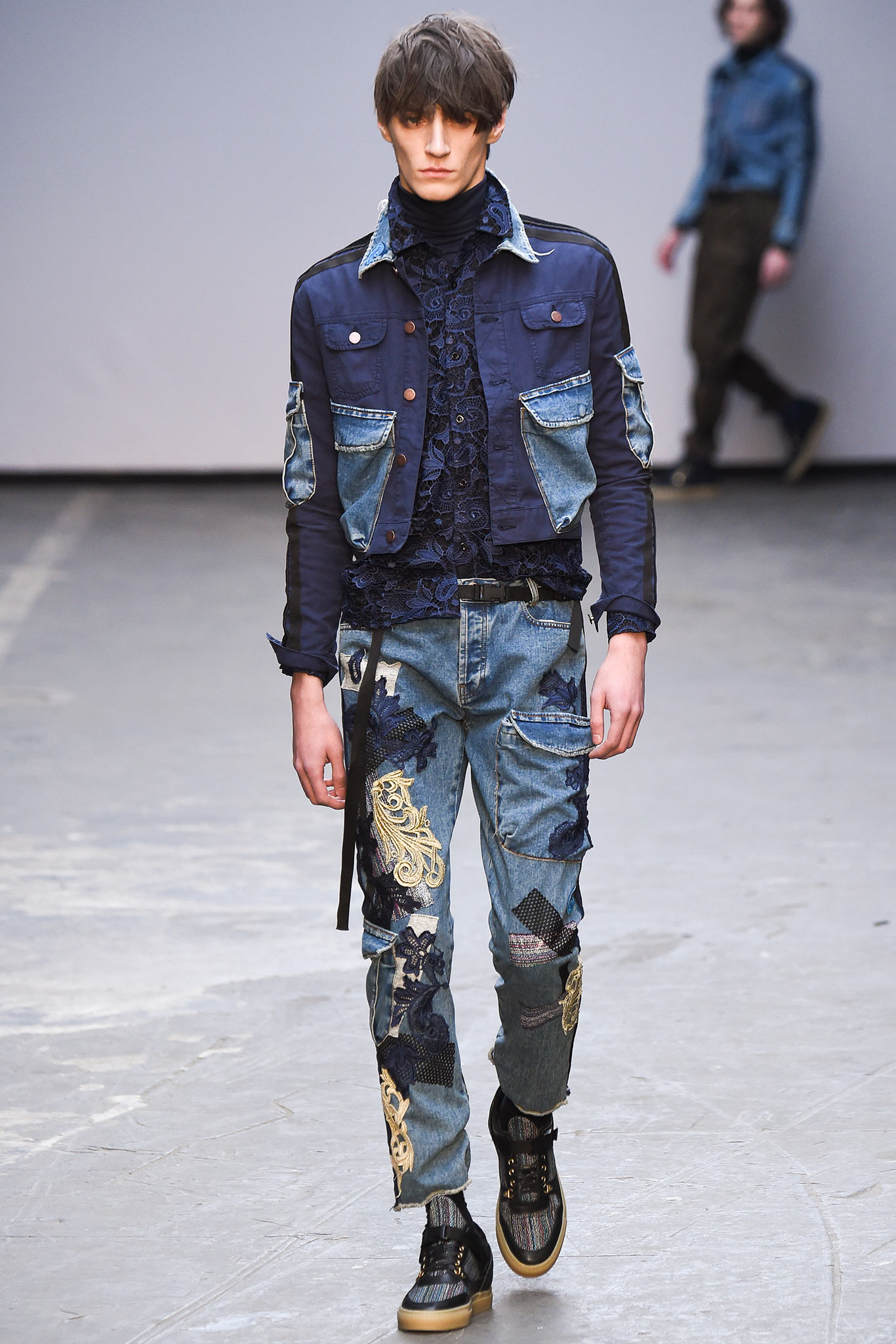 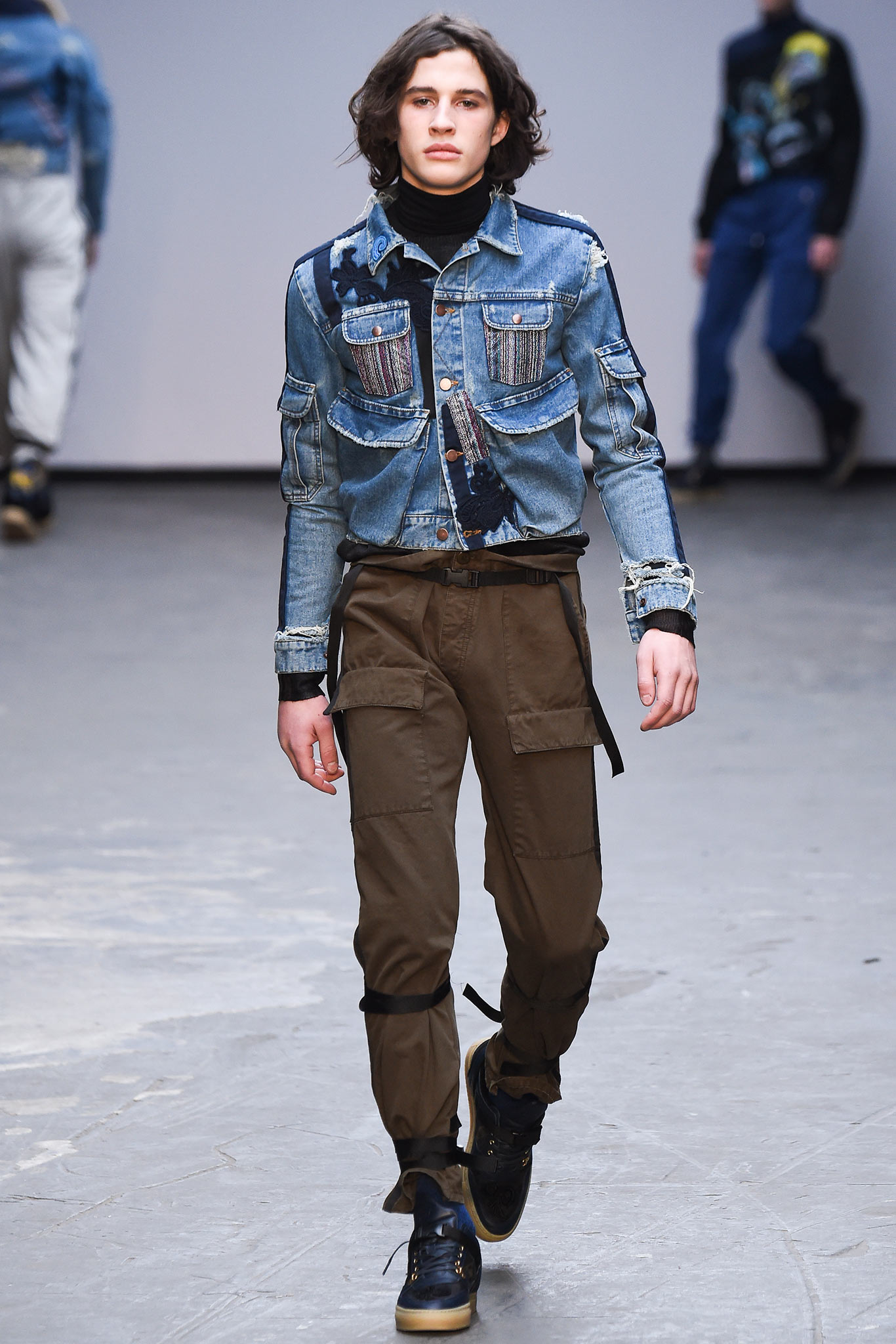 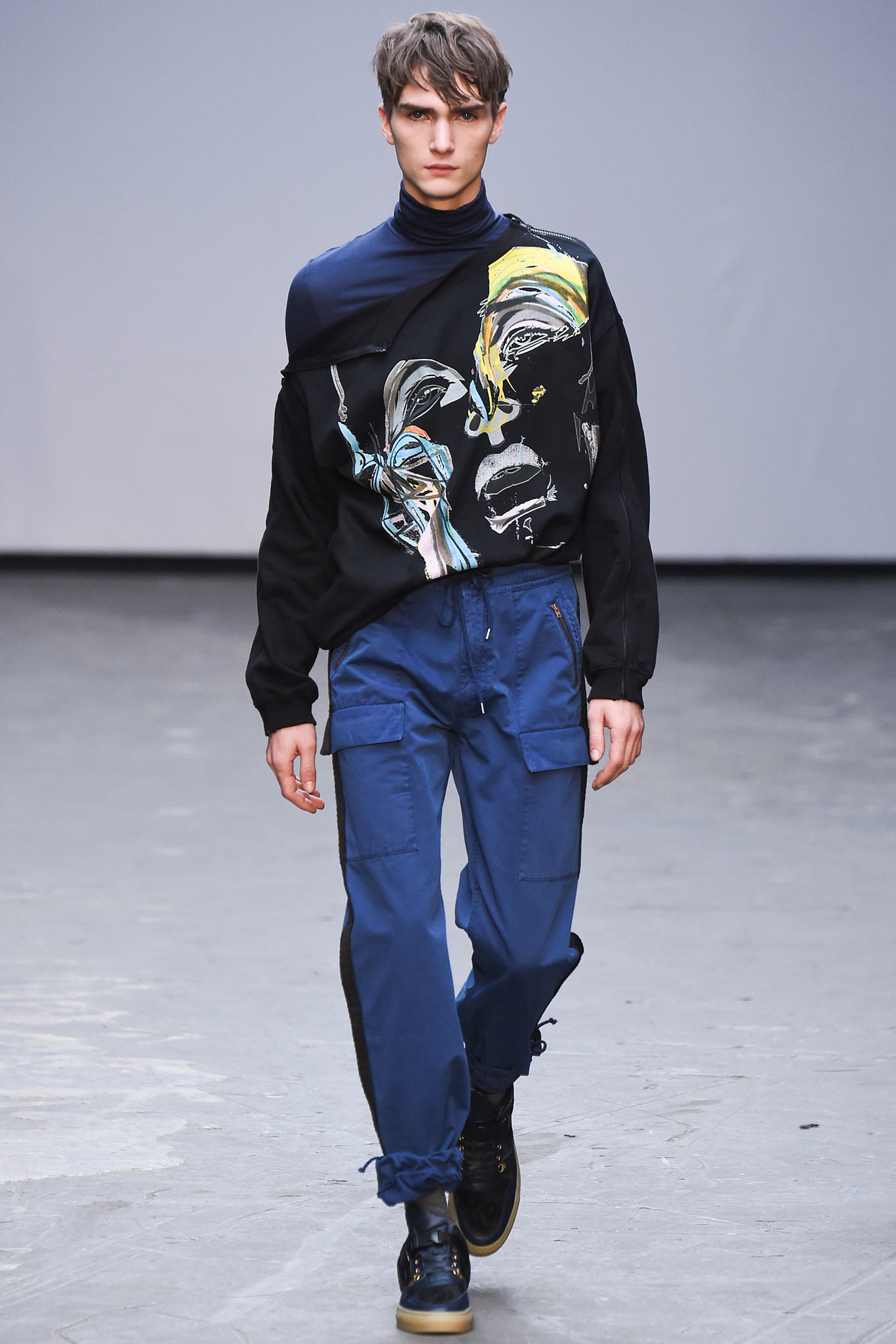 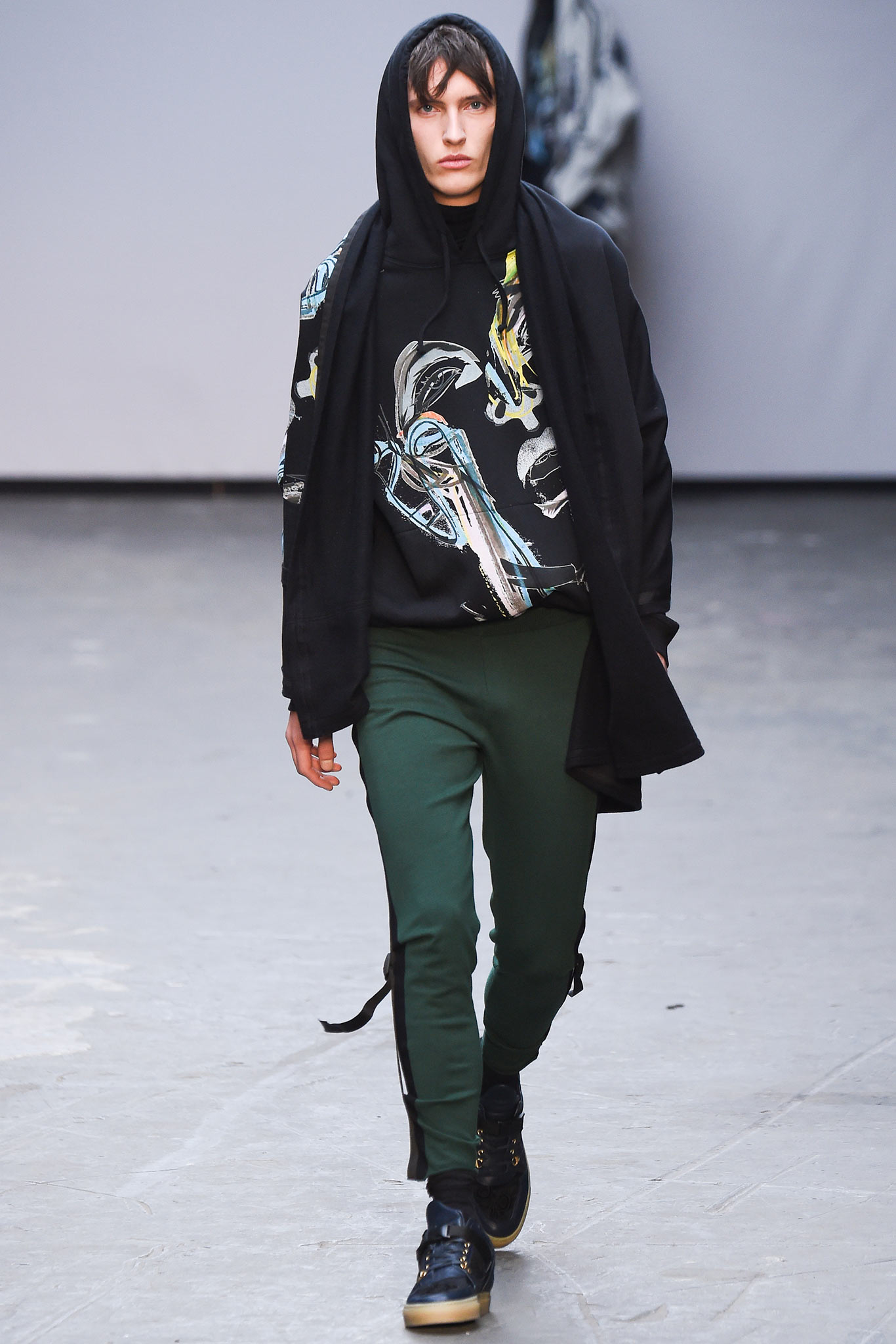 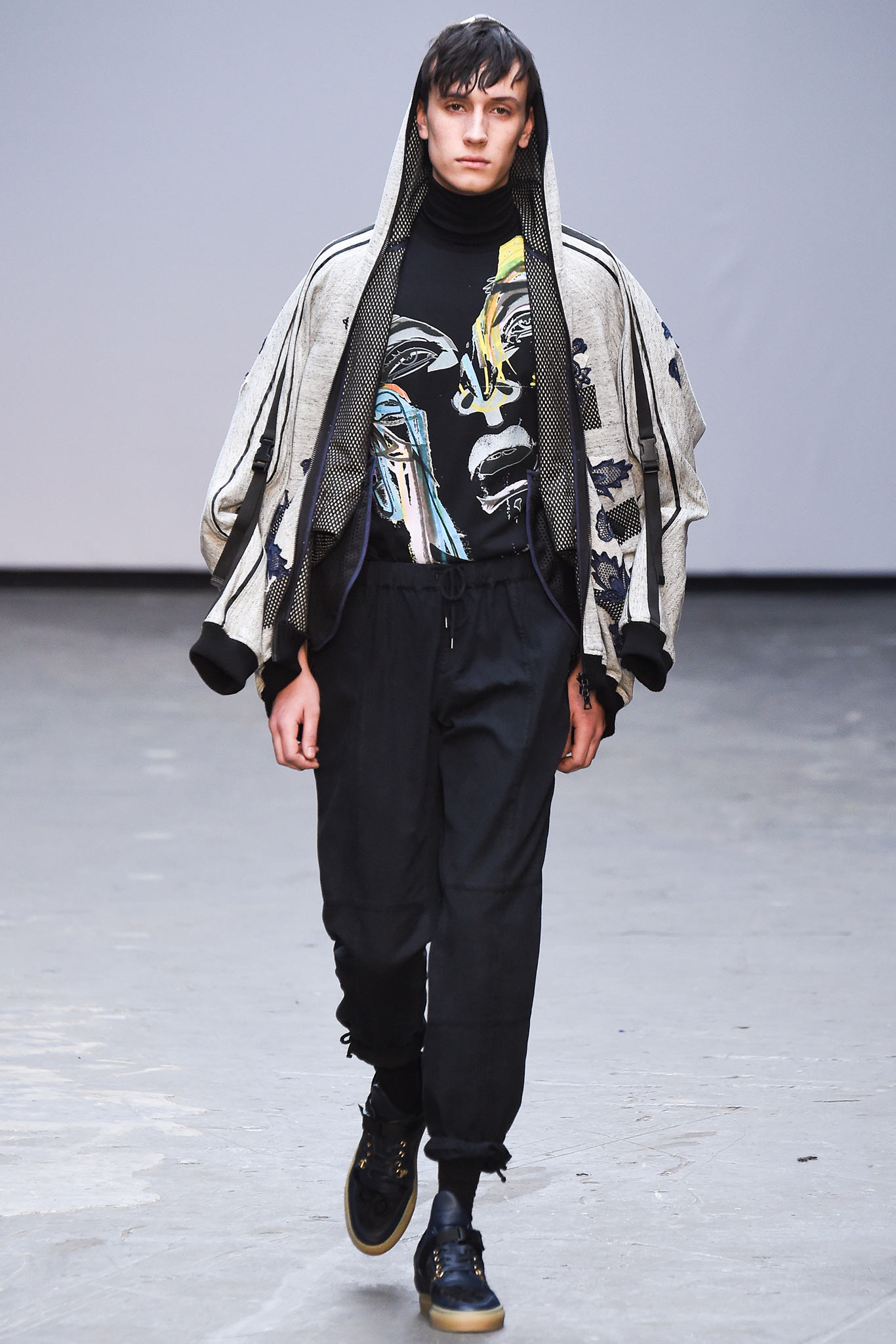 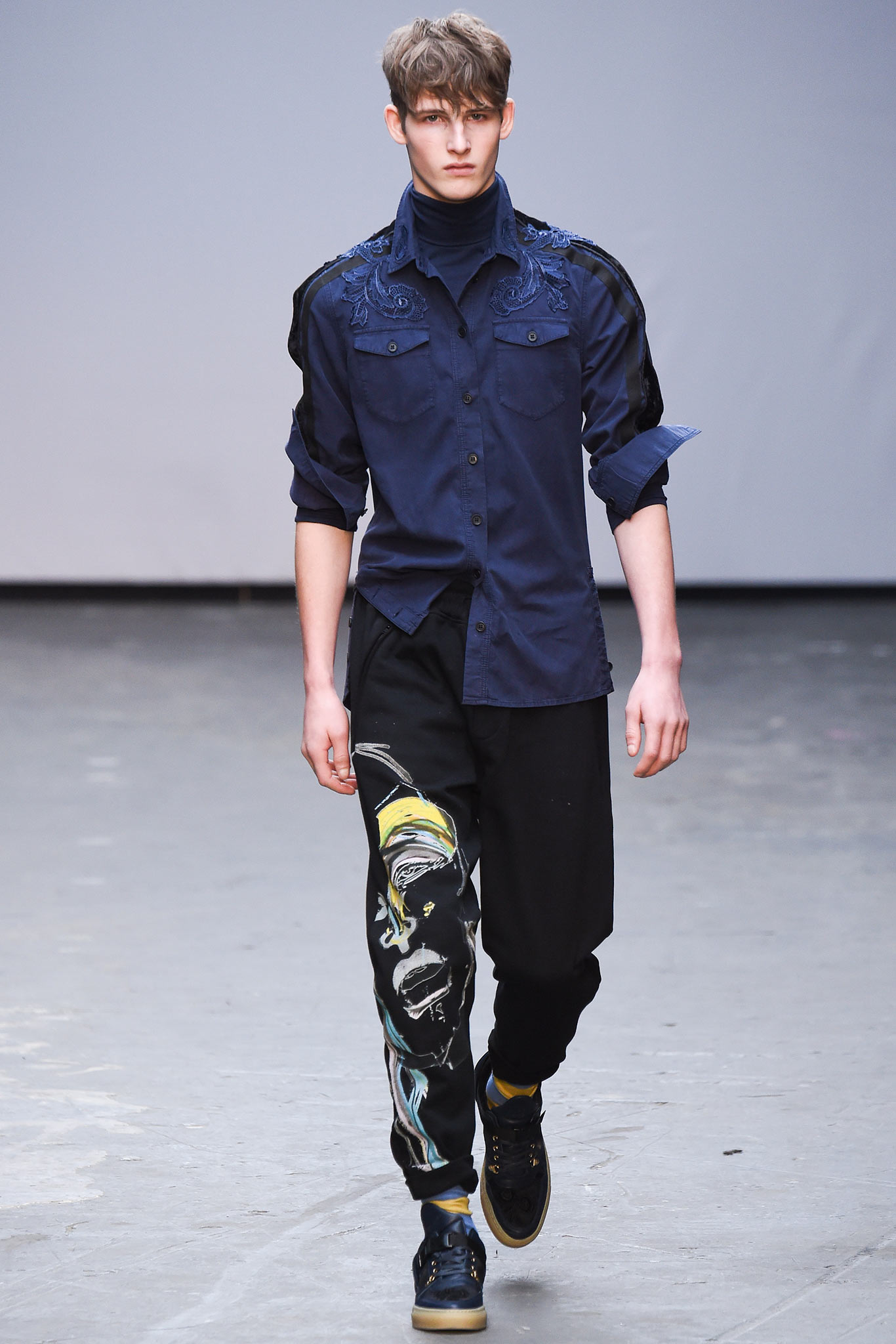 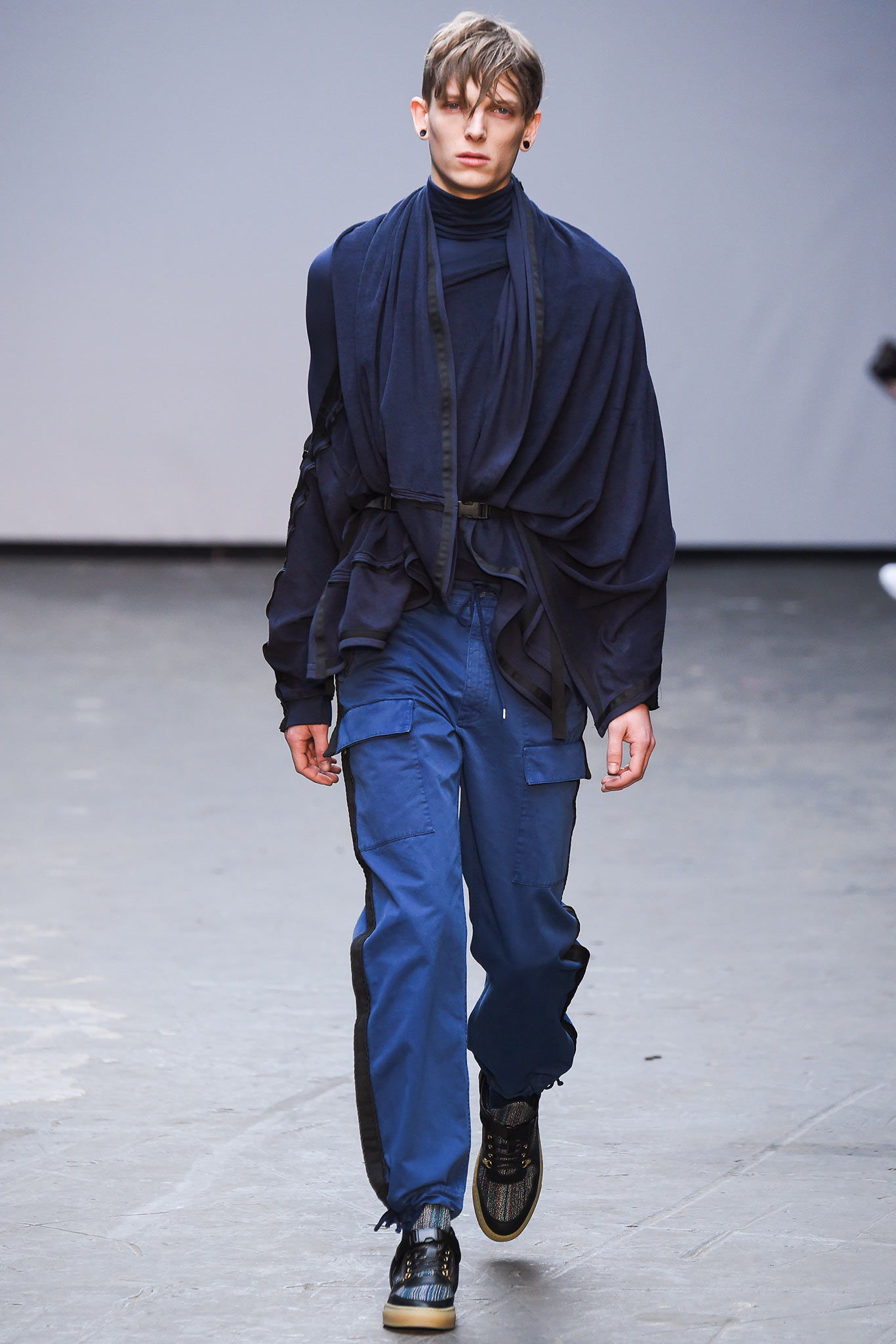 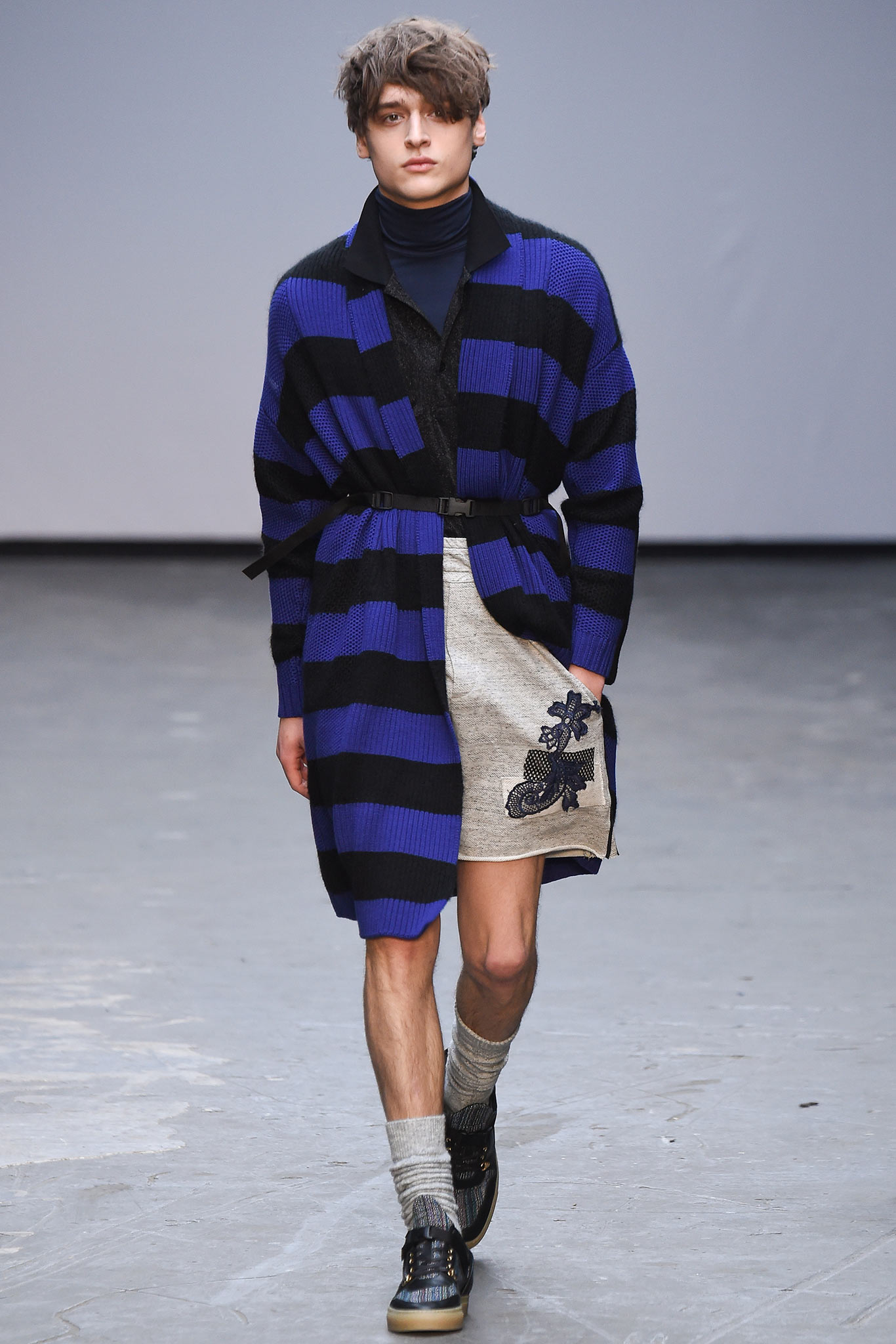 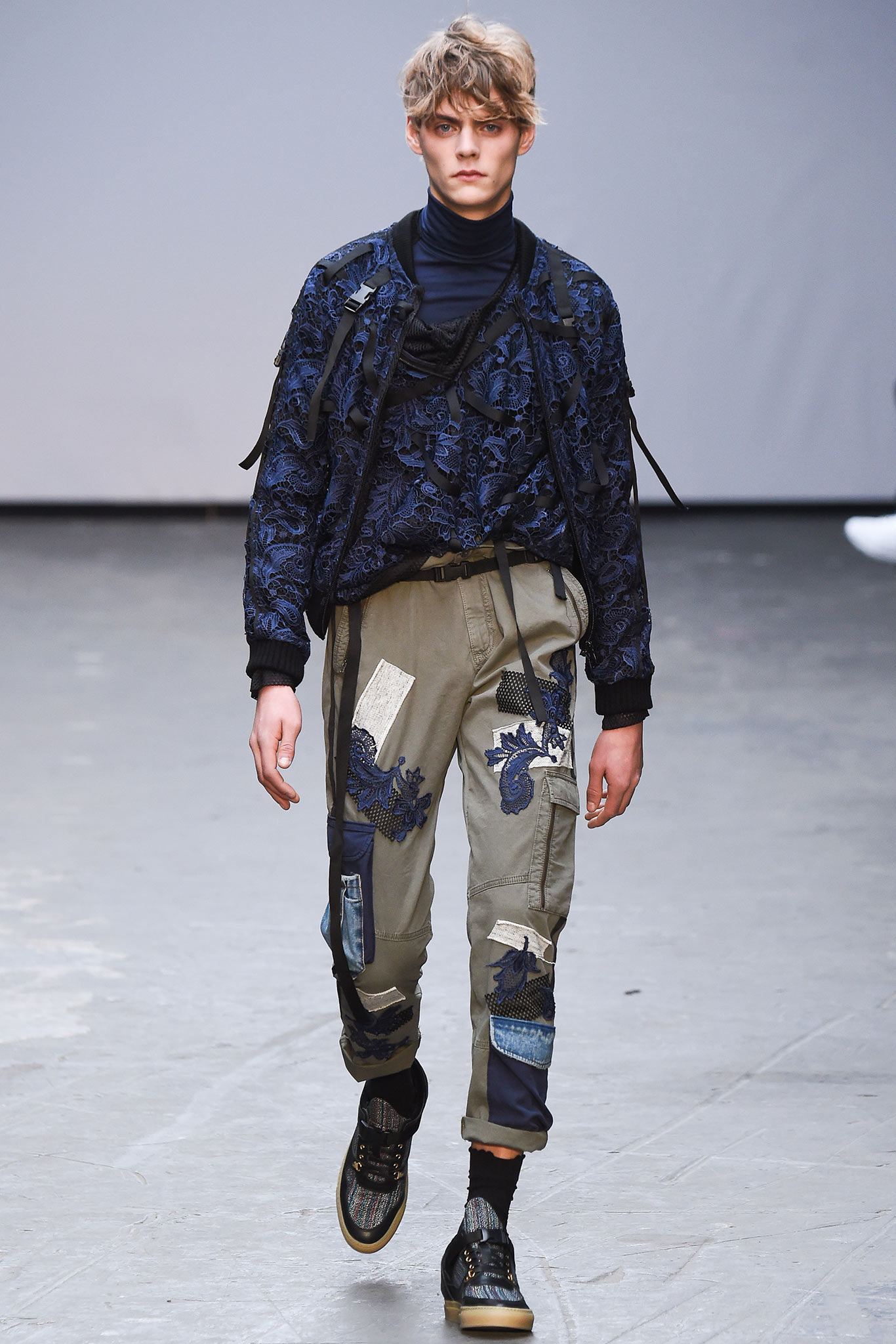 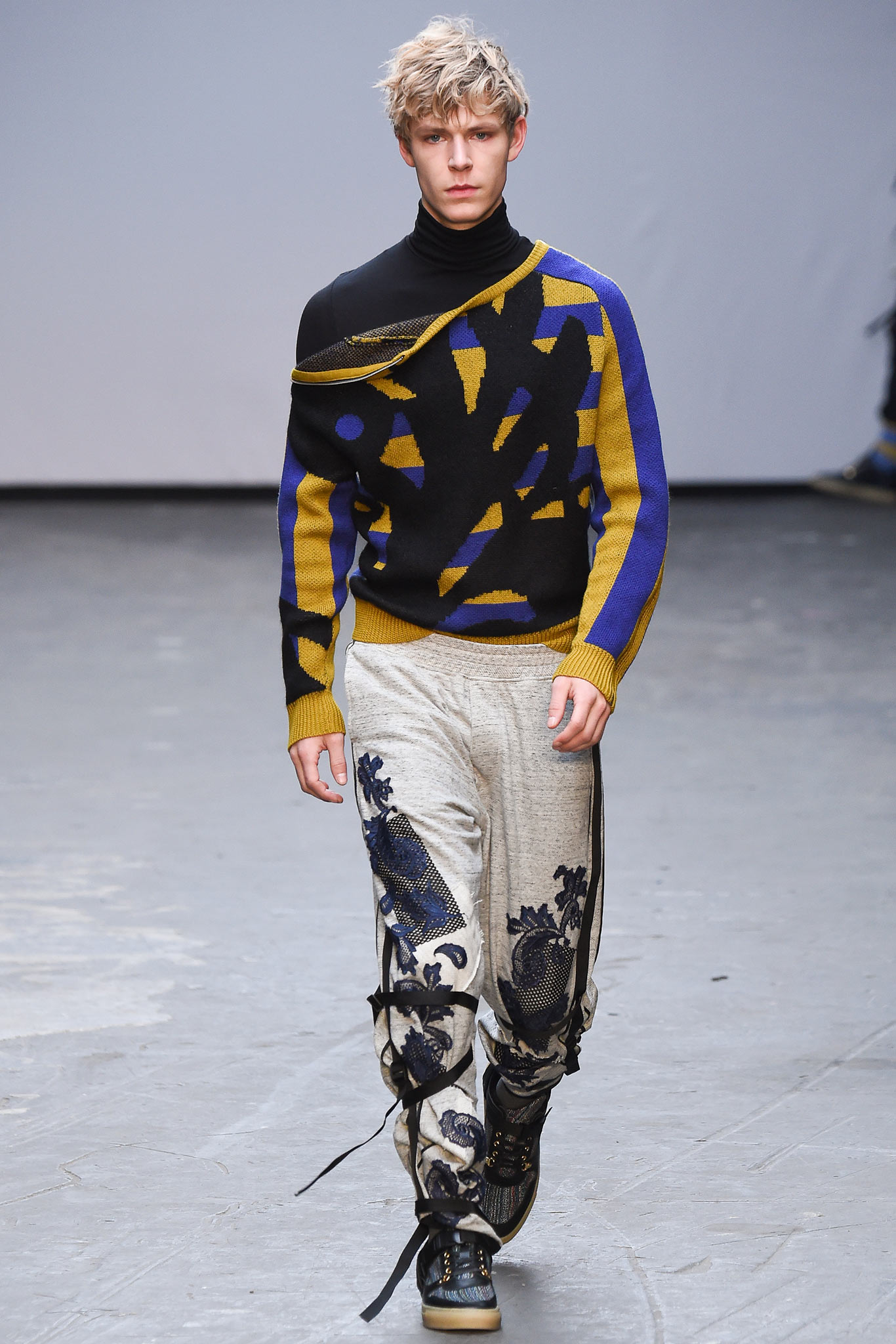 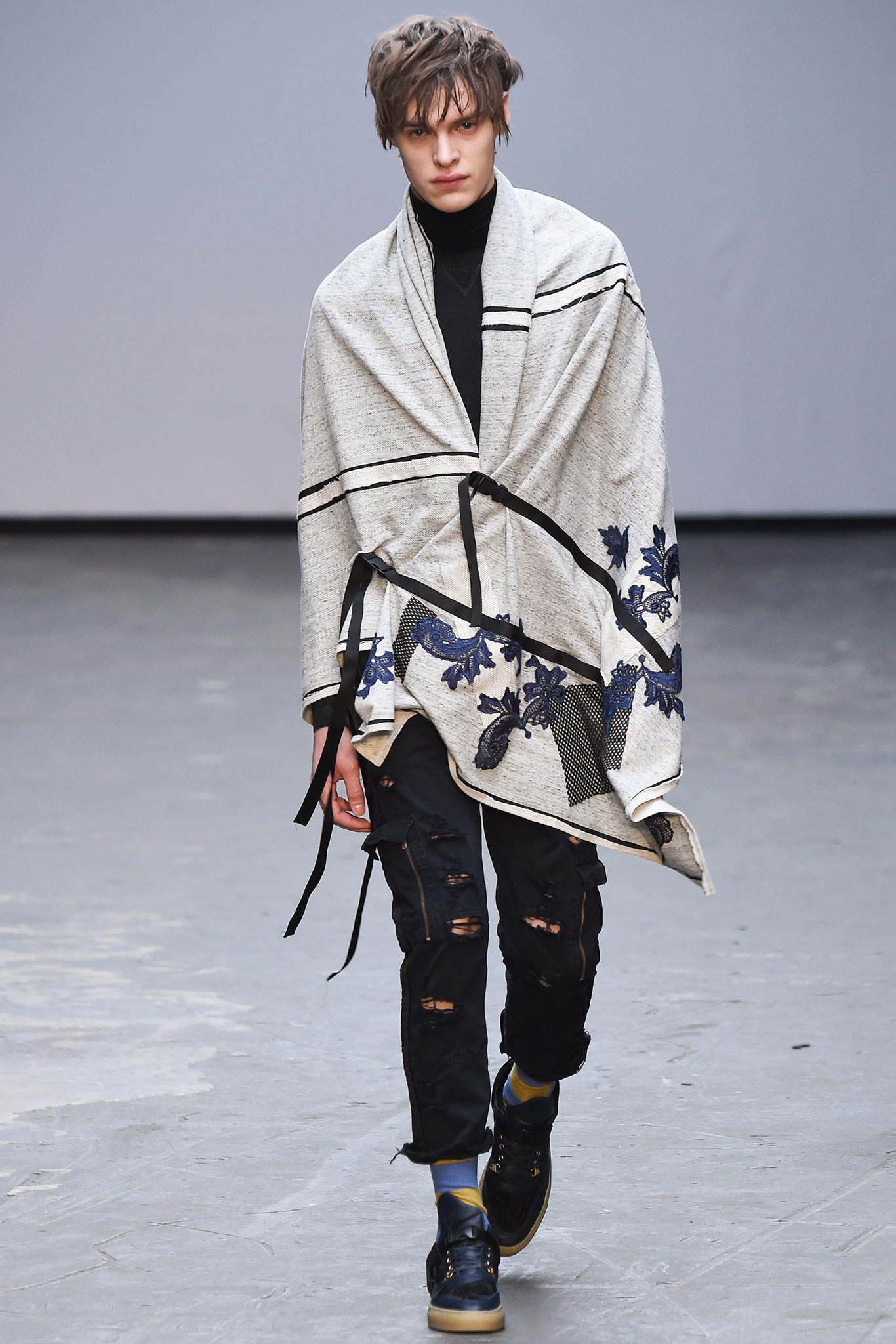 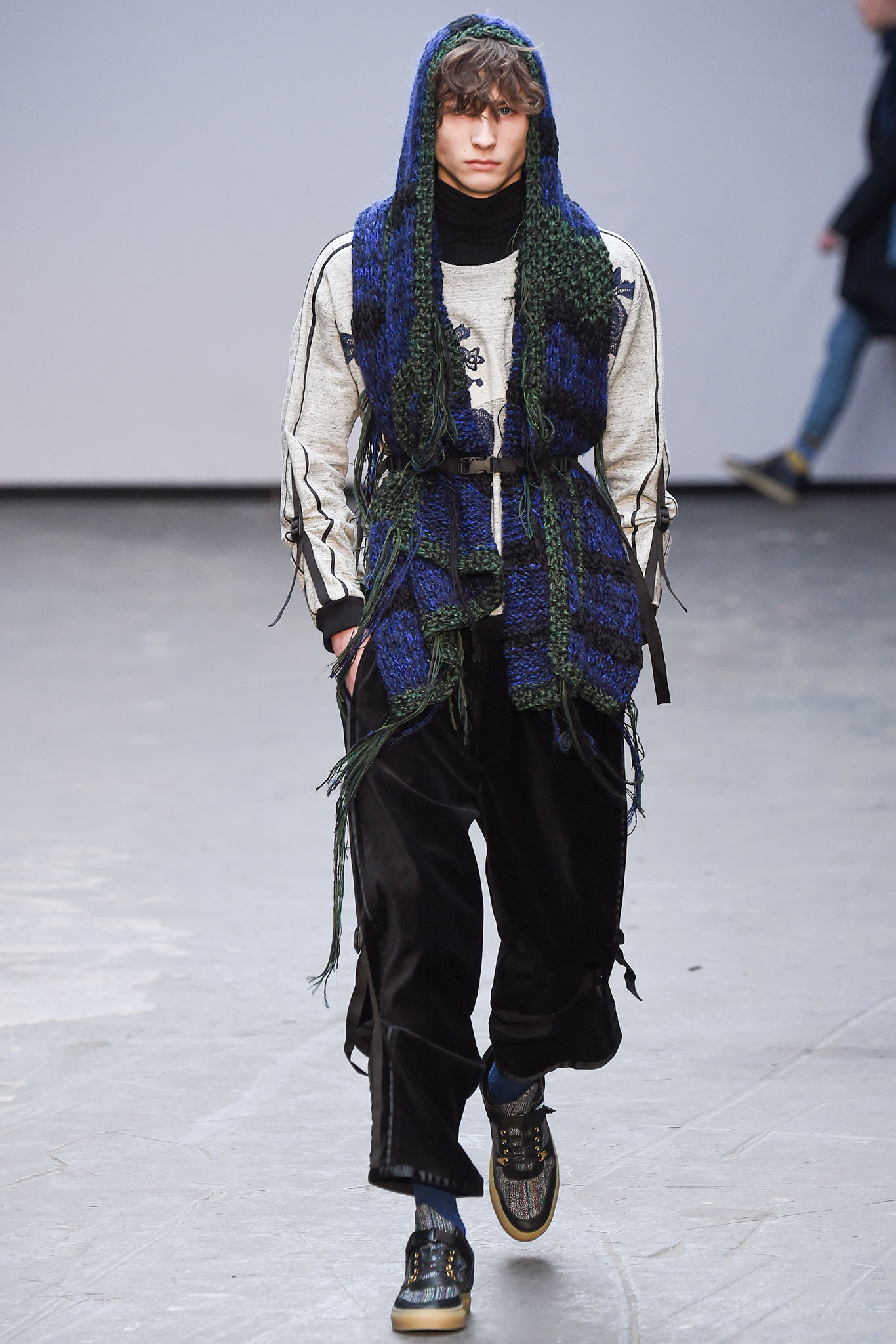 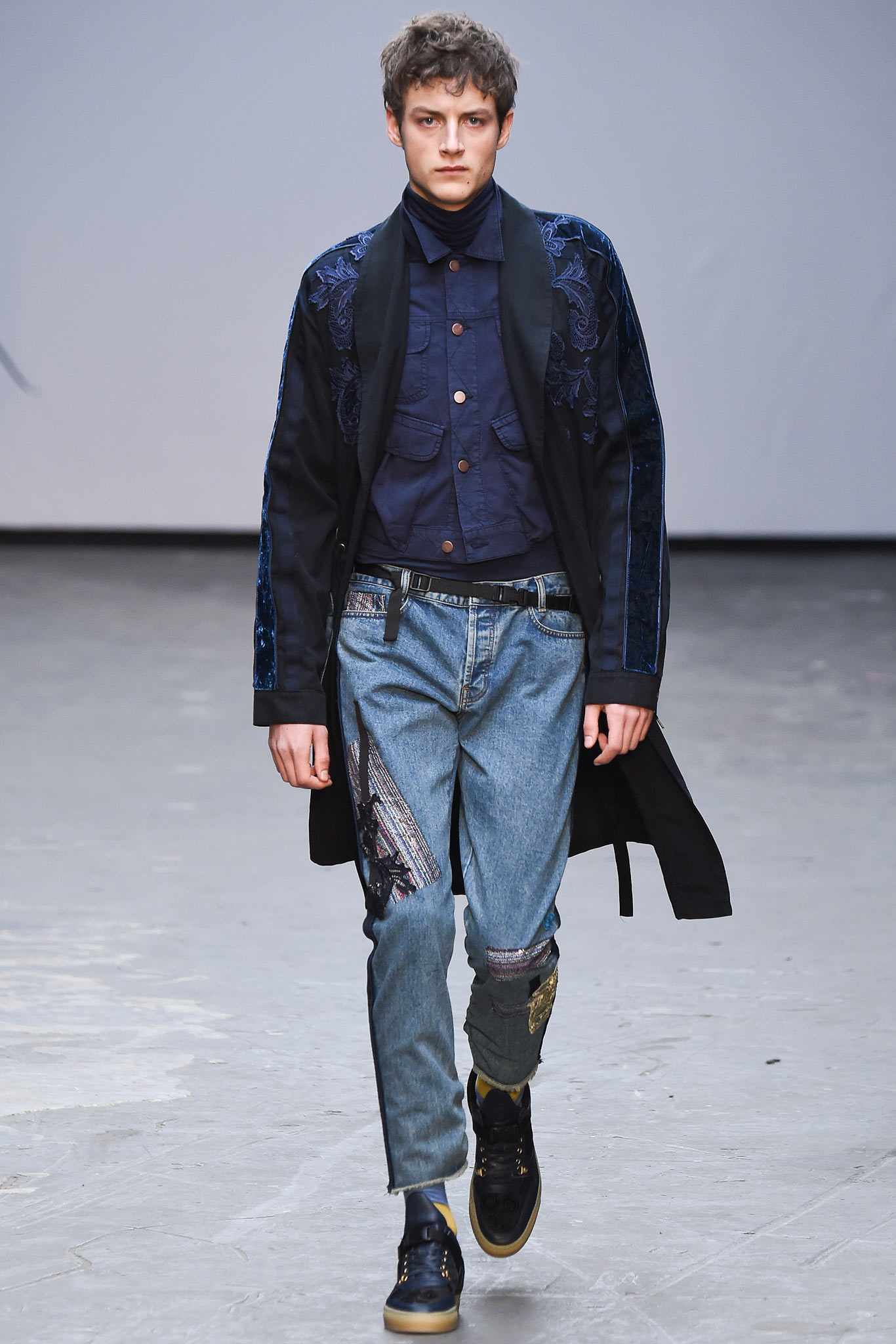 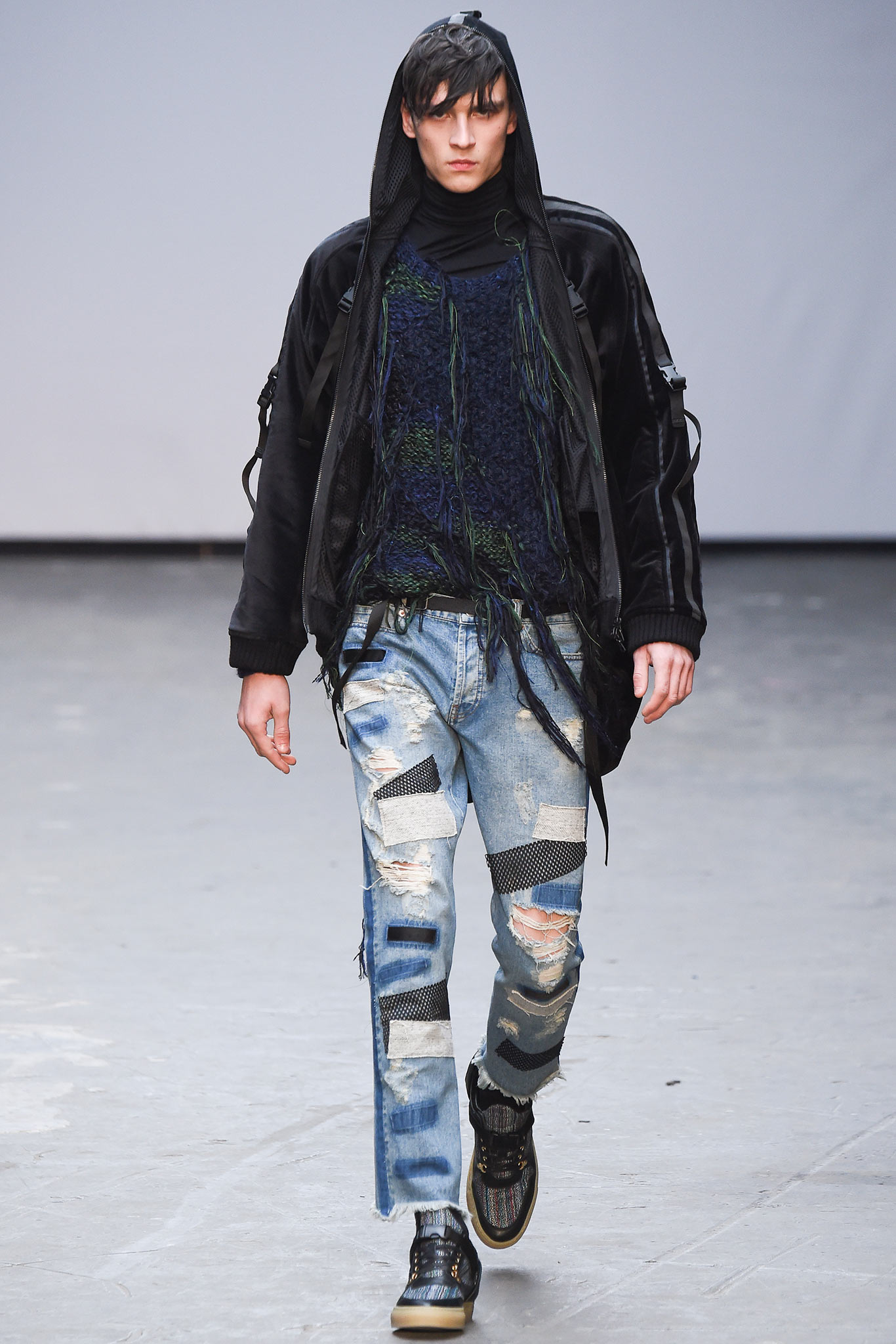 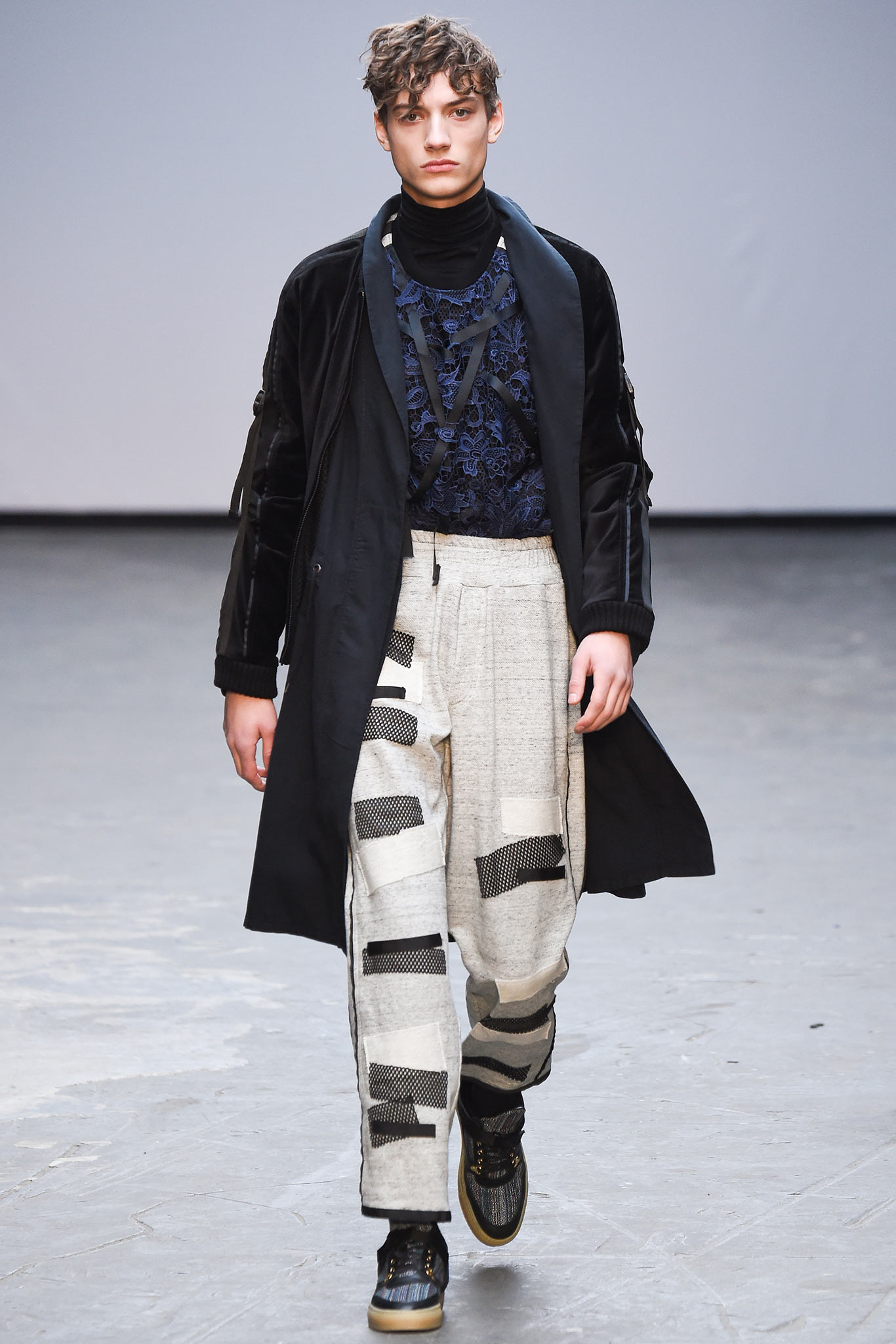 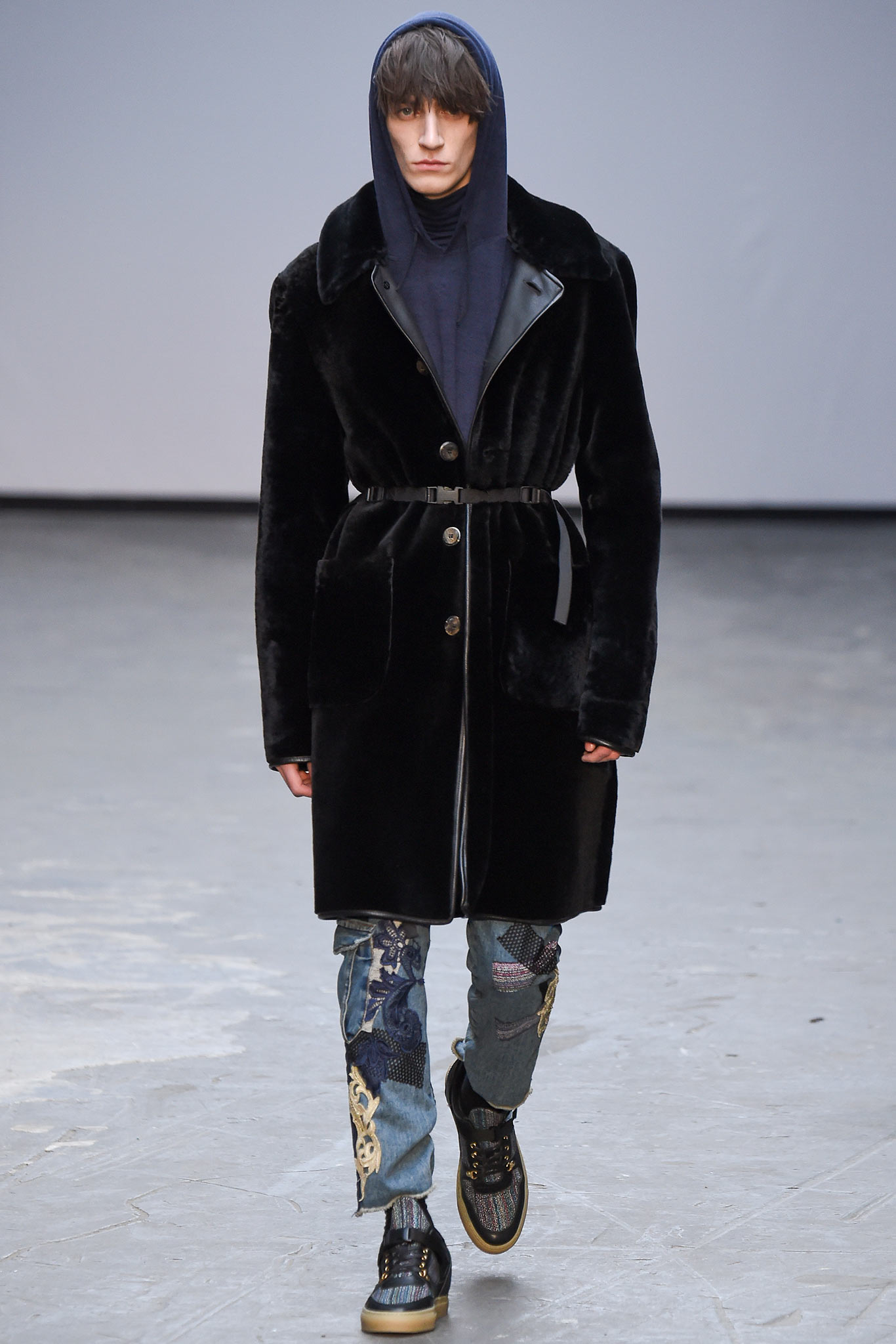 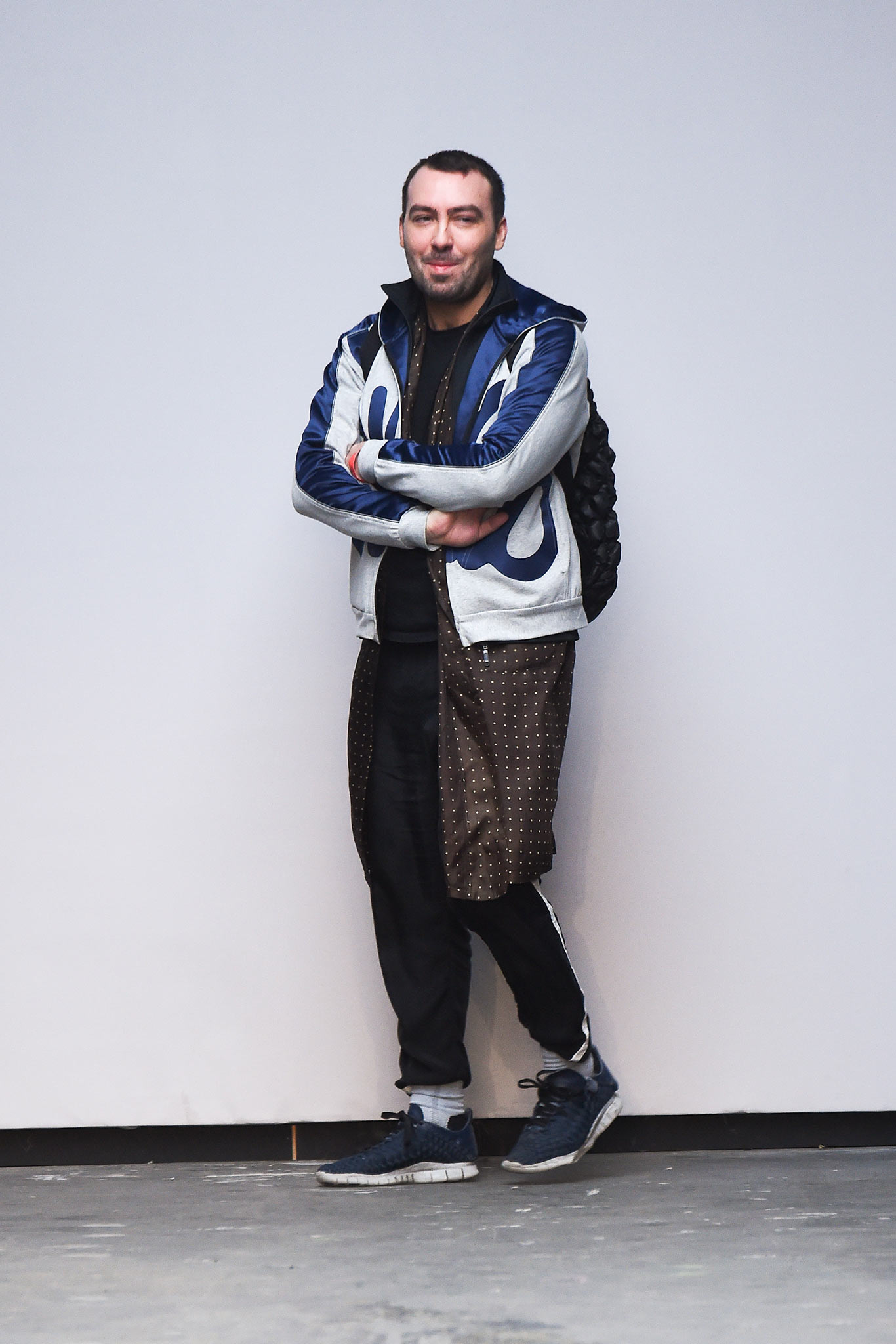