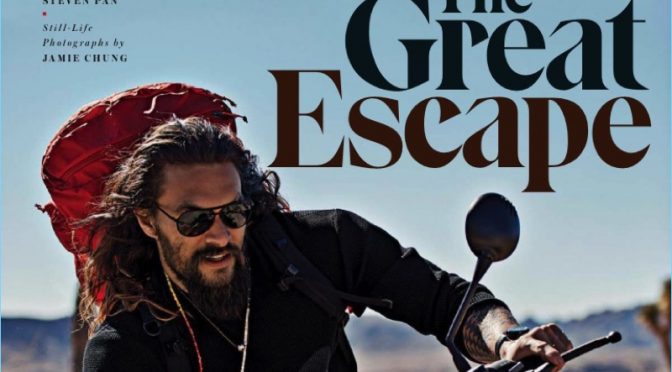 GQ makes a case for outdoors living with a new fashion spread. The American magazine links up with actor Jason Momoa. Photographer Steven Pan captures the Aquaman star in camping gear and designer fashions. Bringing an active edge to GQ, Momoa wears the latest from brands such as Prada, J Brand, and John Varvatos. 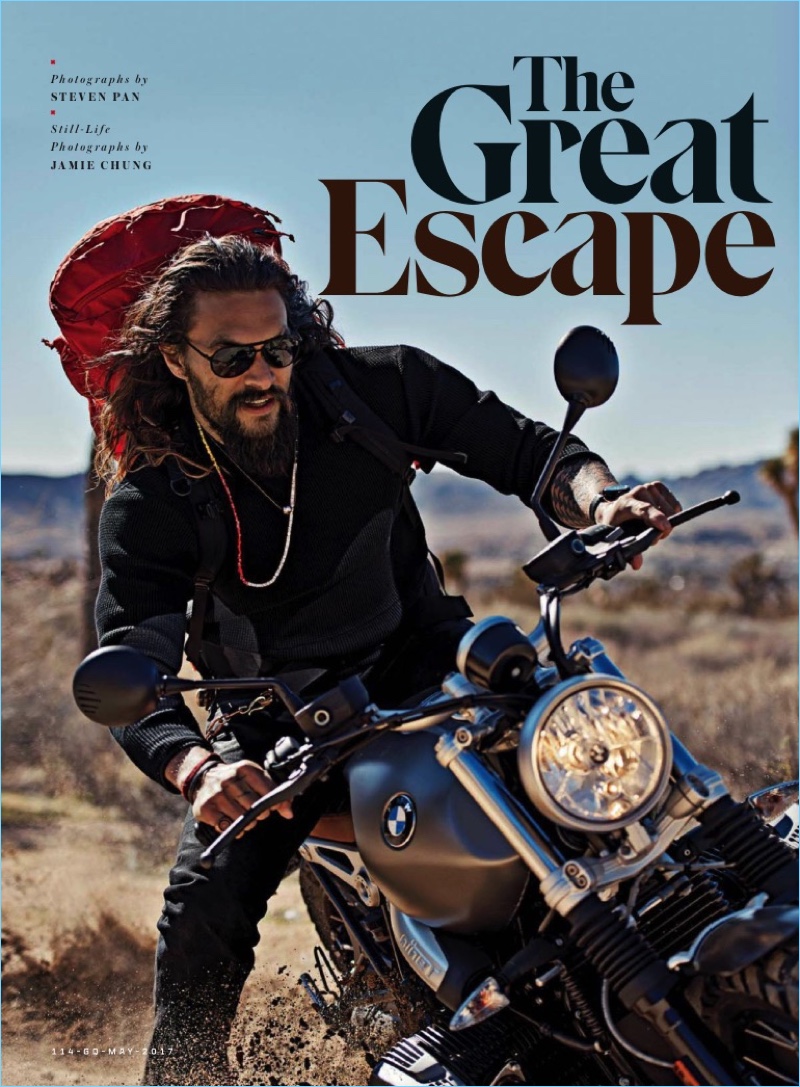 Momoa talks to GQ about his upcoming role as Aquaman. The 37-year-old actor shares, “The guy was never really accepted on land, and he was never really accepted in Atlantis.” Momoa continues, “He’s a half-breed. But he’s the best of both worlds–he just doesn’t know how to handle his own powers.” The 6′ 4″ actor adds, “So it’s a coming-of-age for a young man to a man, or a man to a king.” 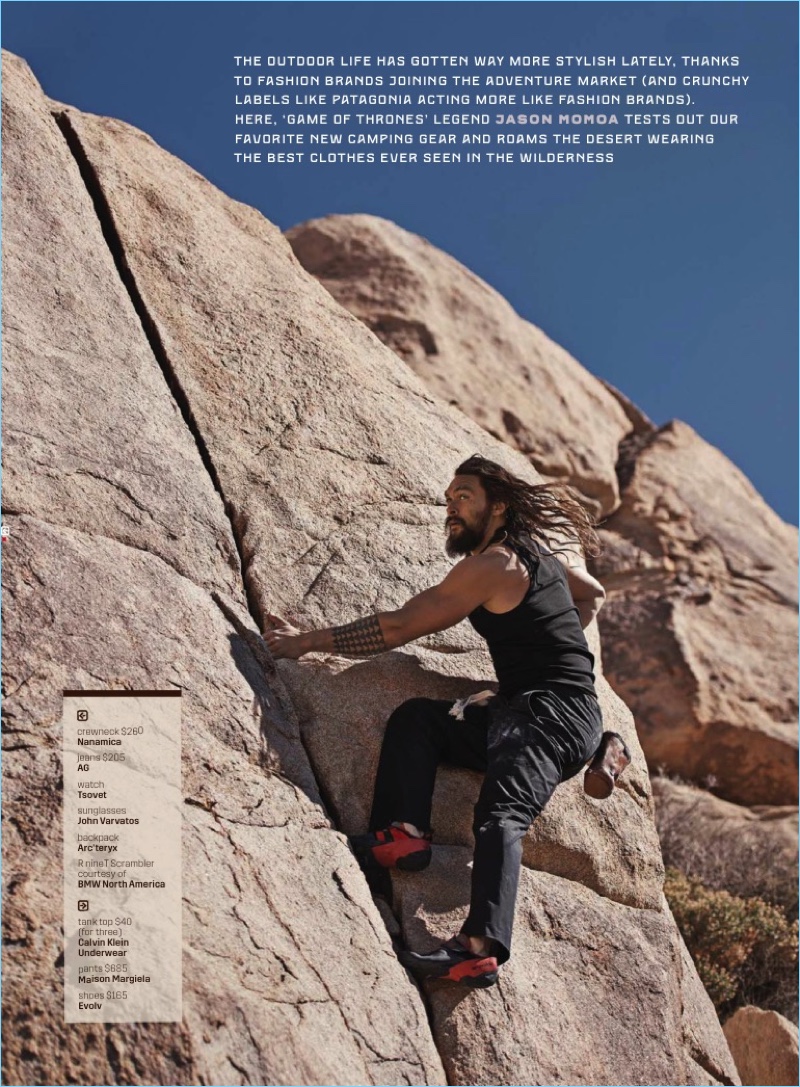 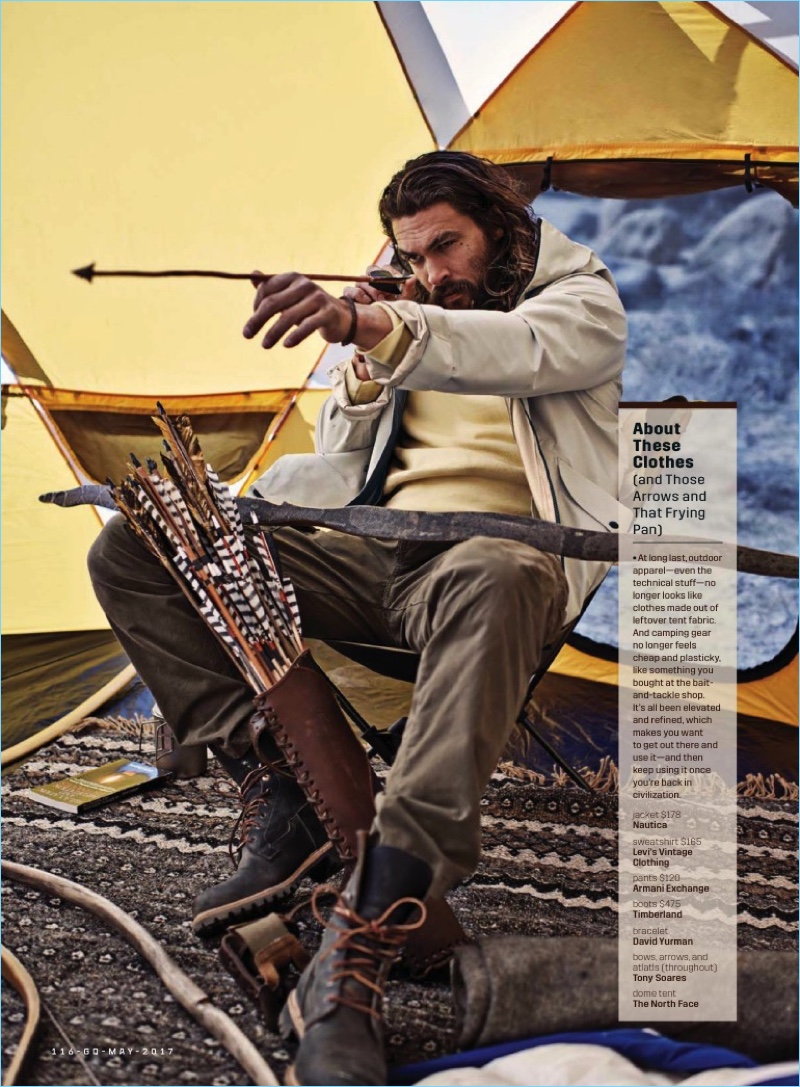 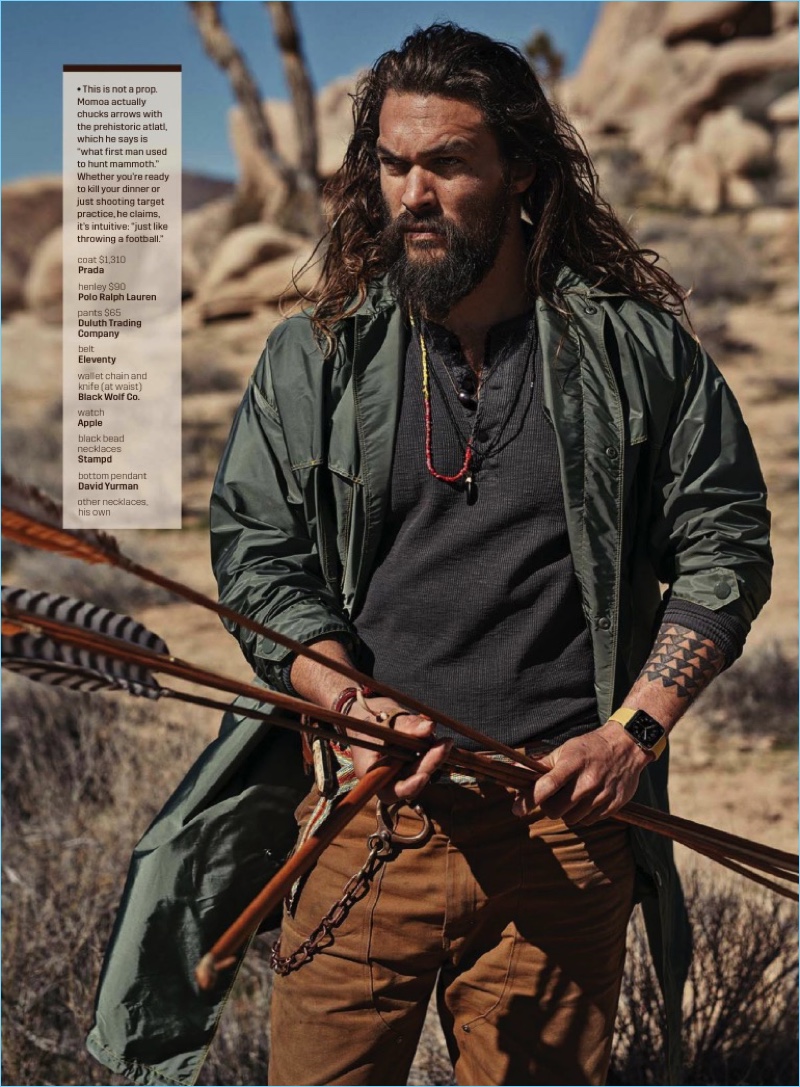 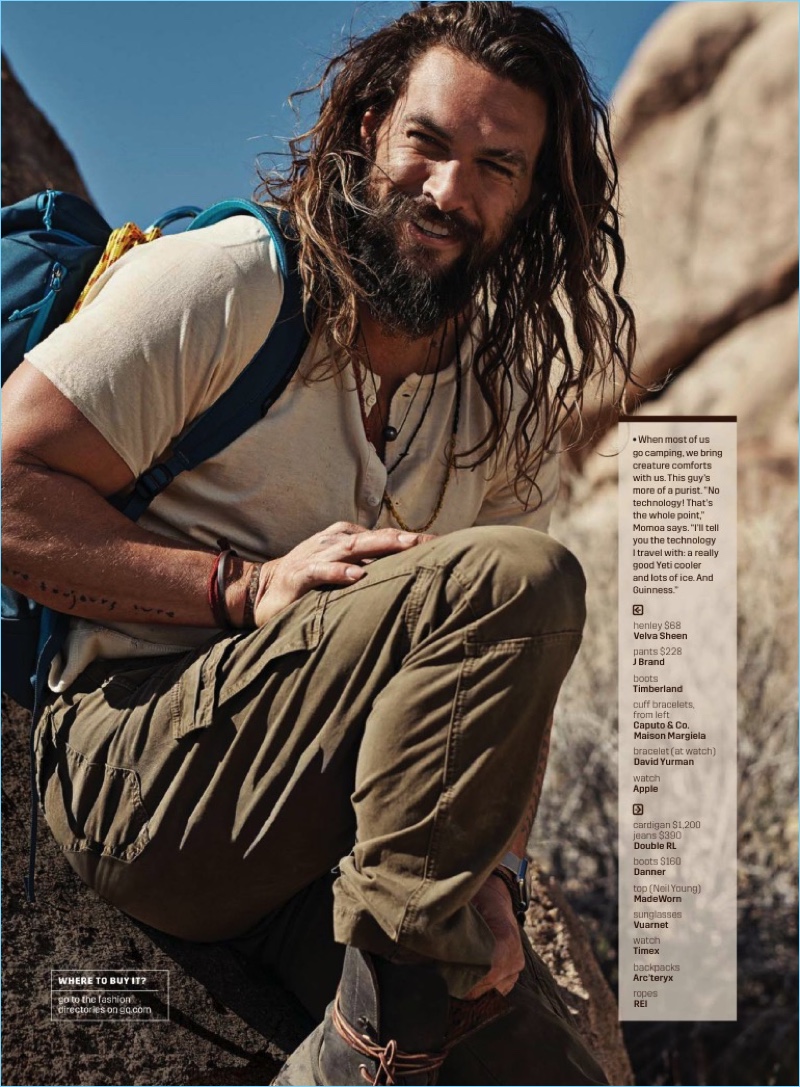 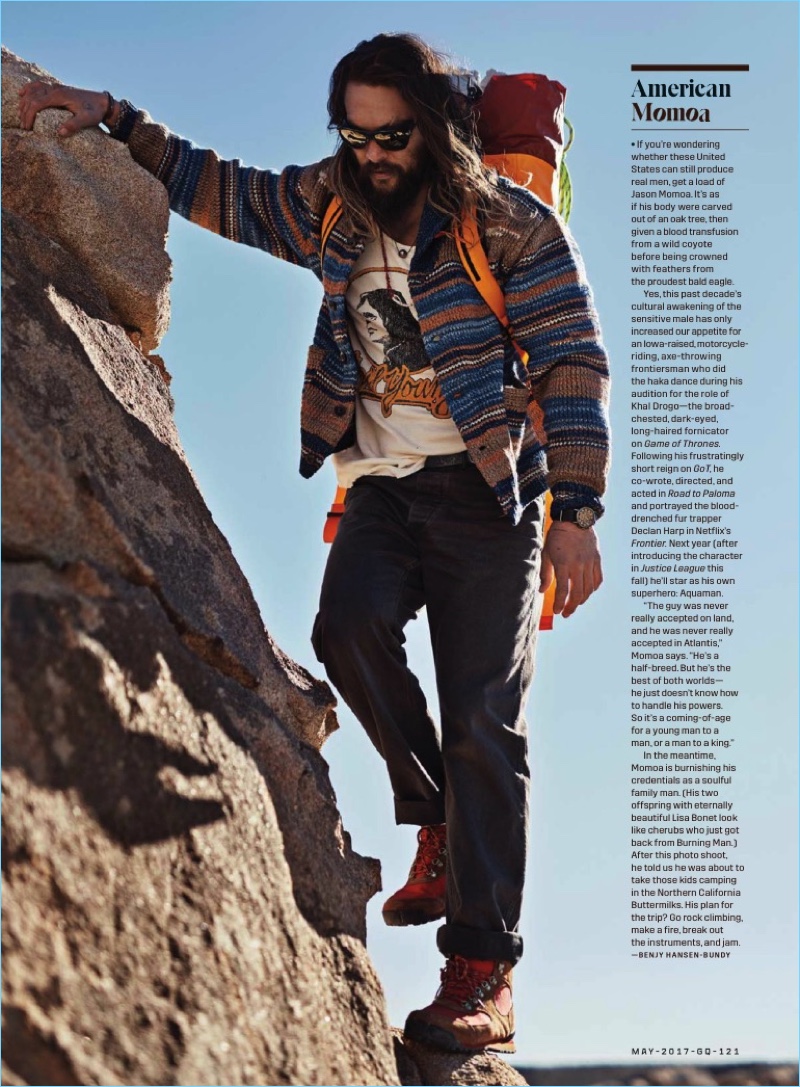 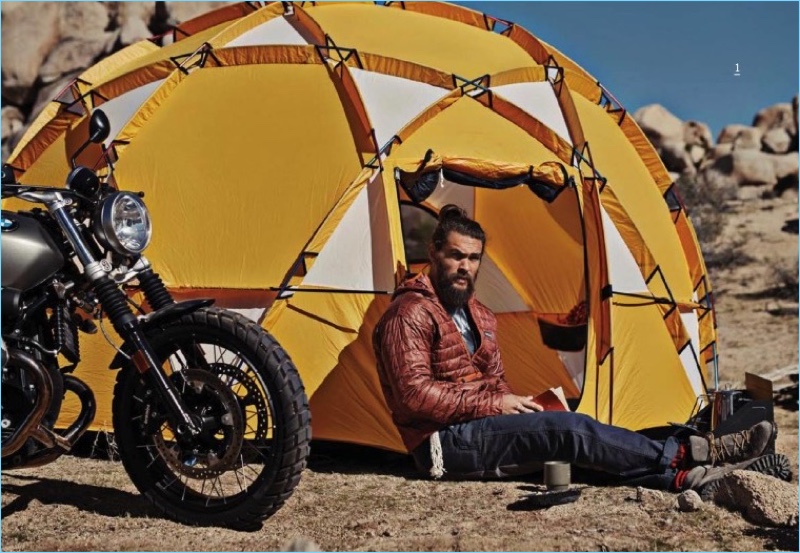