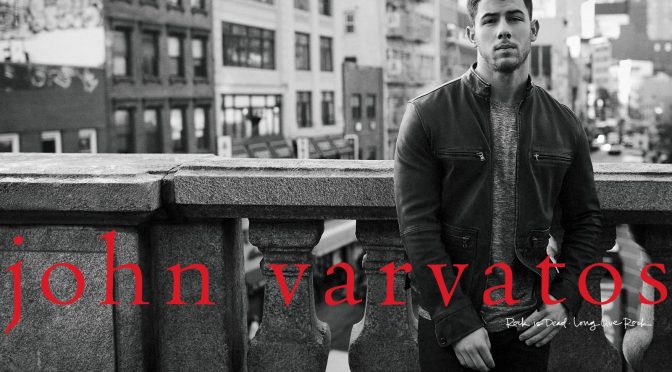 For Spring 2018, John Varvatos has taken an evolved direction in the sense that the brand turns focus of attention to current musical icons. Under the creative direction of Stephen Niedzwiecki, of Yard NYC, popular modern icon Nick Jonas is glorified for his musical transformation through creative black and white videography and imagery curated by Danny Clinch. 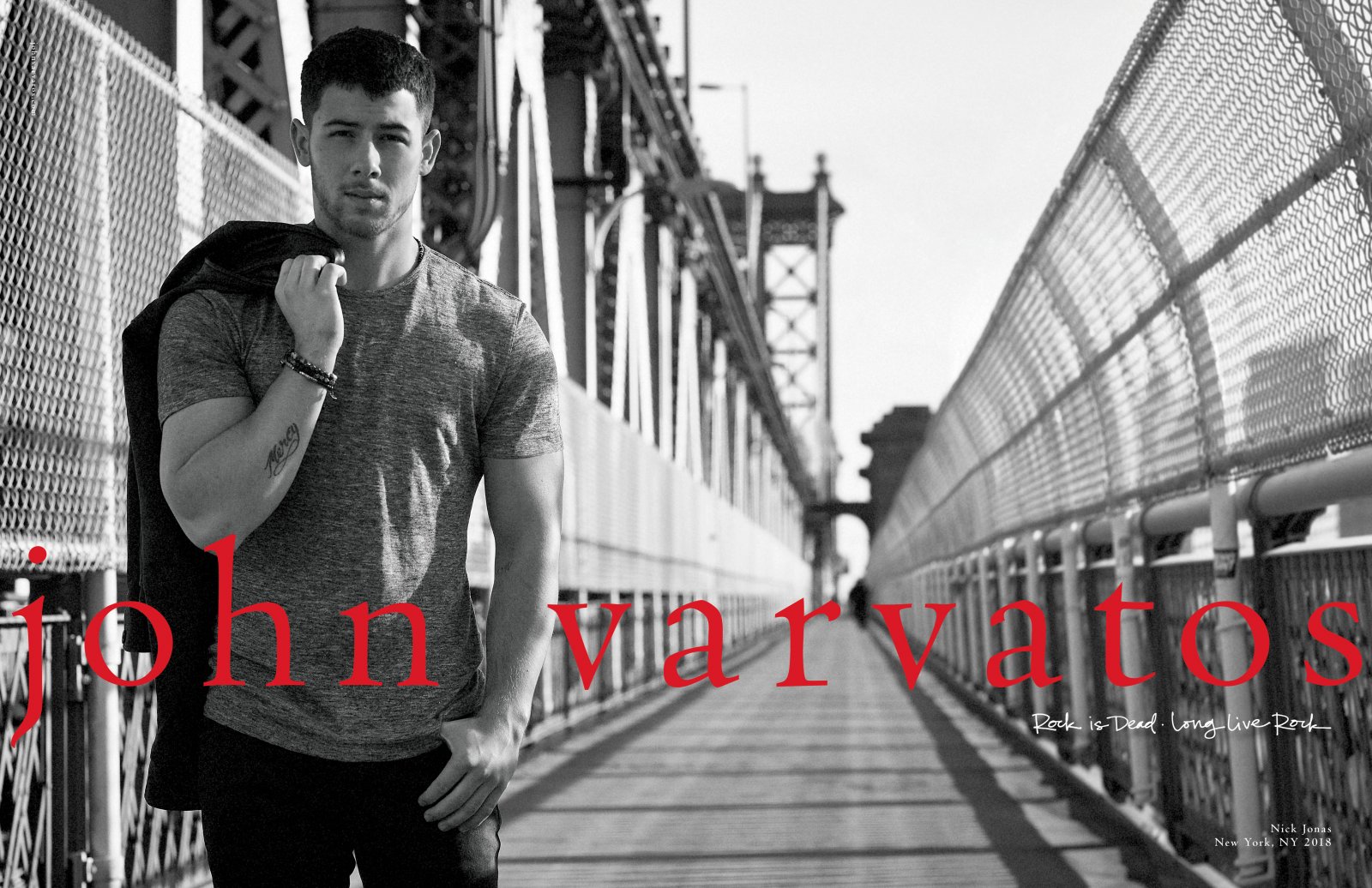 The black and white images of the campaign feature Jonas in varying locations throughout New York City. Maintained throughout the campaign images, and more prevalent in the short film, is the underlying idea of going through life maintaining a sense of braveness in an open-minded state of being. The creative energy that the campaign embodies is reflected through young talent, such as Jonas, situated in a bold, experience-central city, such as New York. 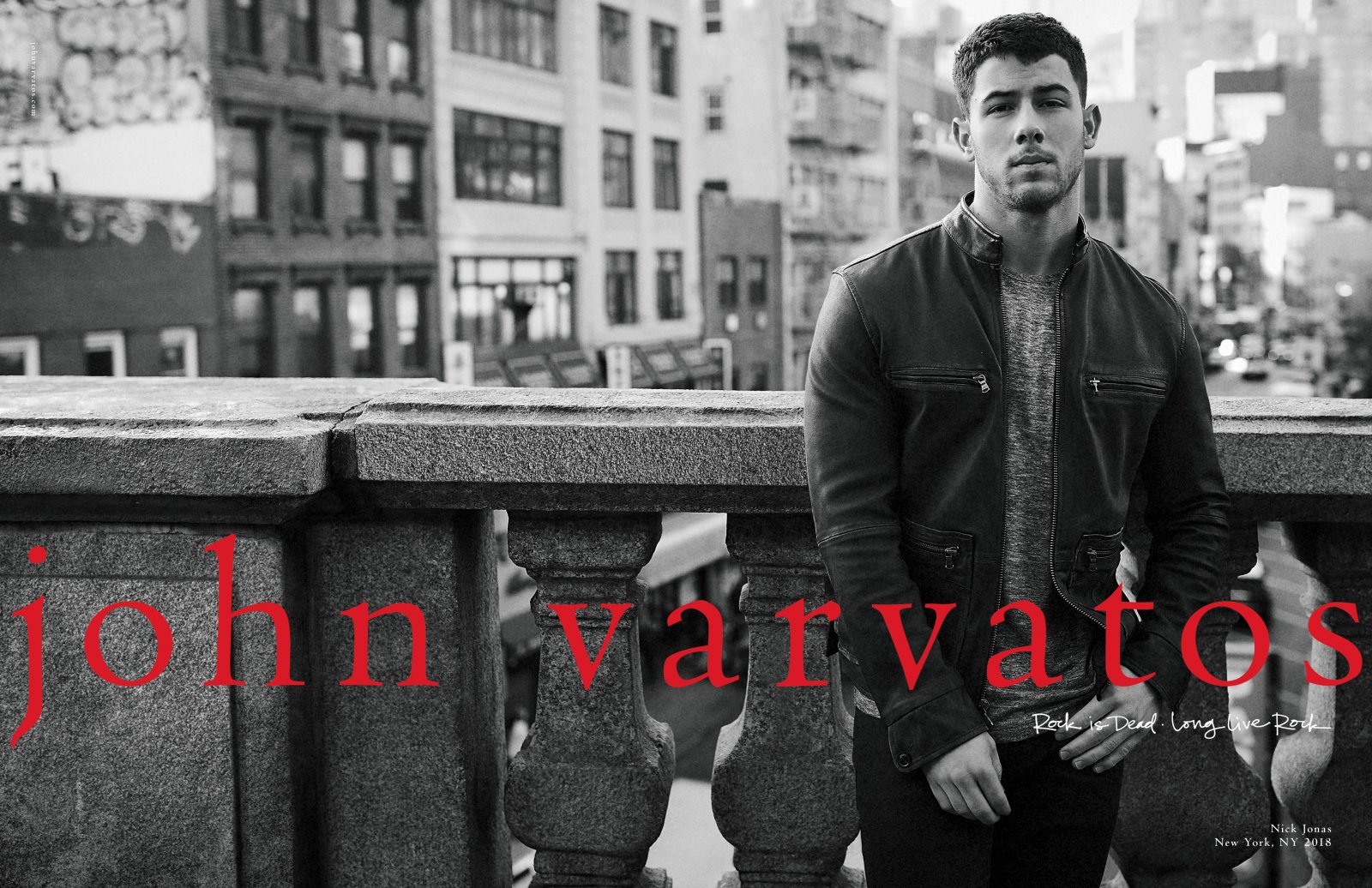 “For Spring, we continued to evolve the narrative of John Varvatos, this time turning our lens from past icons to the new icons of music…the musicians who are shaping culture right now. We partnered with Nick Jonas to document his own musical transformation, something authentic to John Varvatos and the brand itself.” – Stephen Niedzwiecki
John Varvatos has taken a risk in collaborating with Jonas for his limited-edition capsule collection for spring as it marks the first time since starting the company that he will be putting a name other than his own on his label.

Niedzwiecki further reflects, “We shot Nick around New York—a city that’s both familiar and always-evolving, and one he has a deep connection to. The campaign rolled out in both digital and print, as well as a partnership with Nick for a capsule collection ‘JV X NJ,’ and the brand’s ‘Pure’ fragrance.” 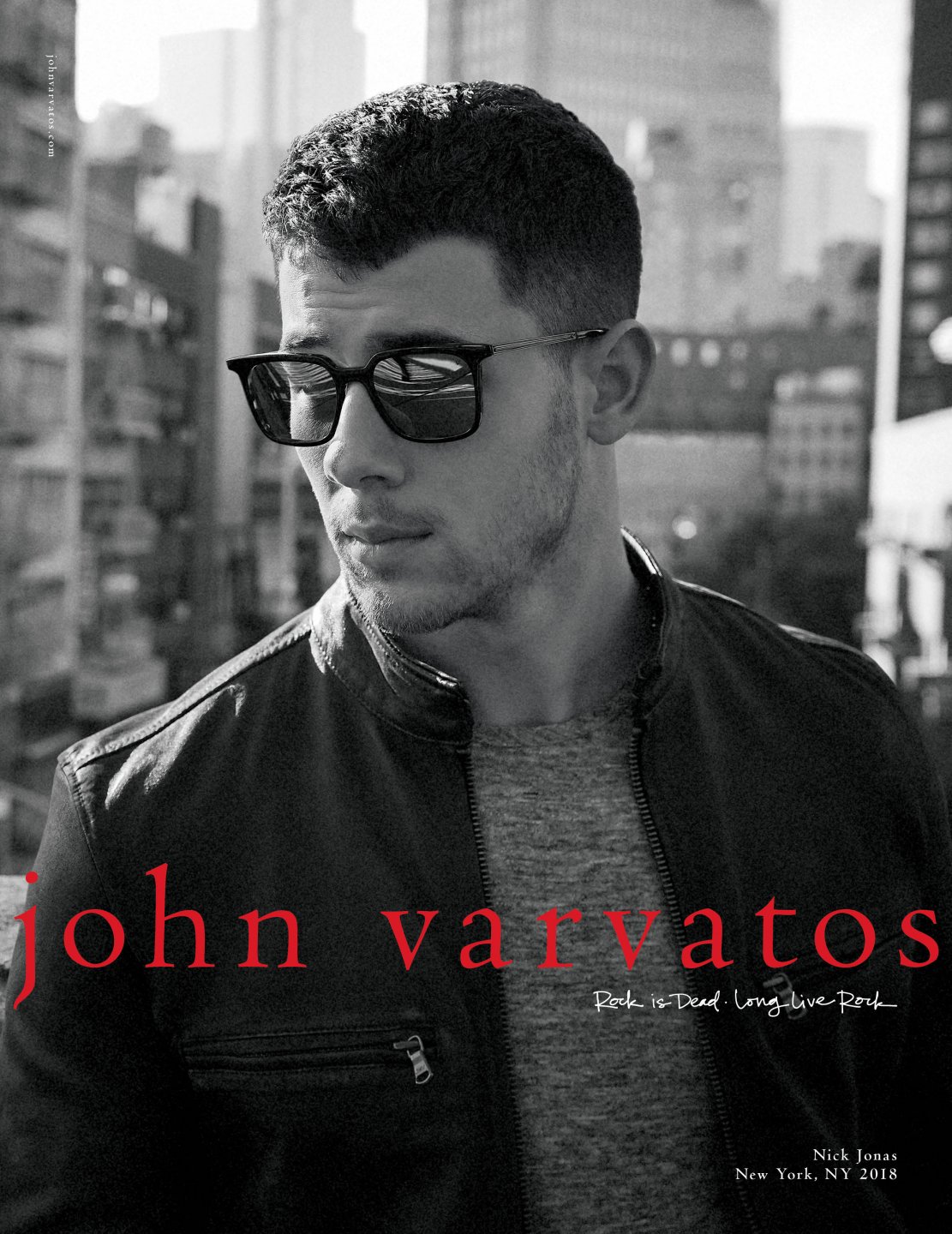 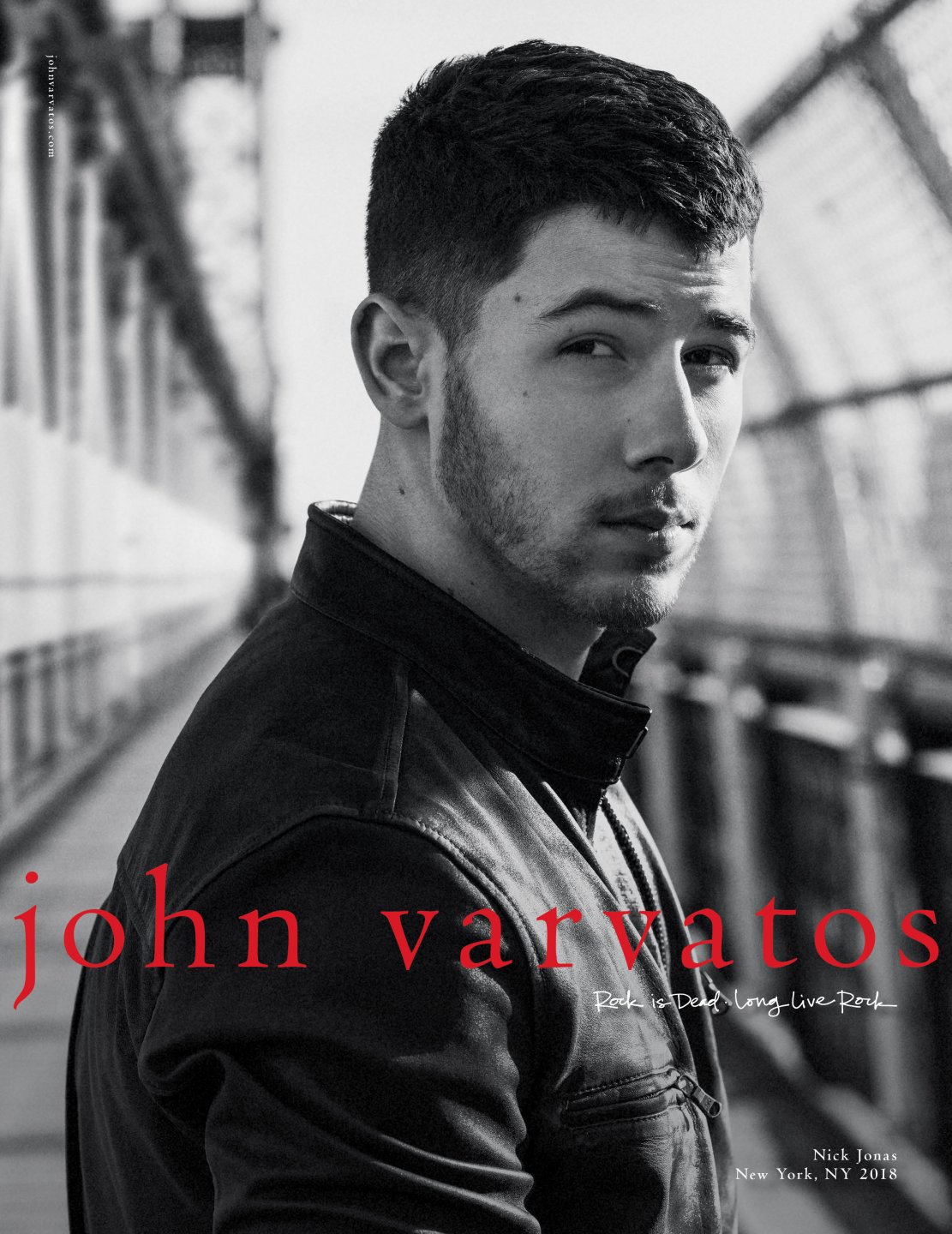 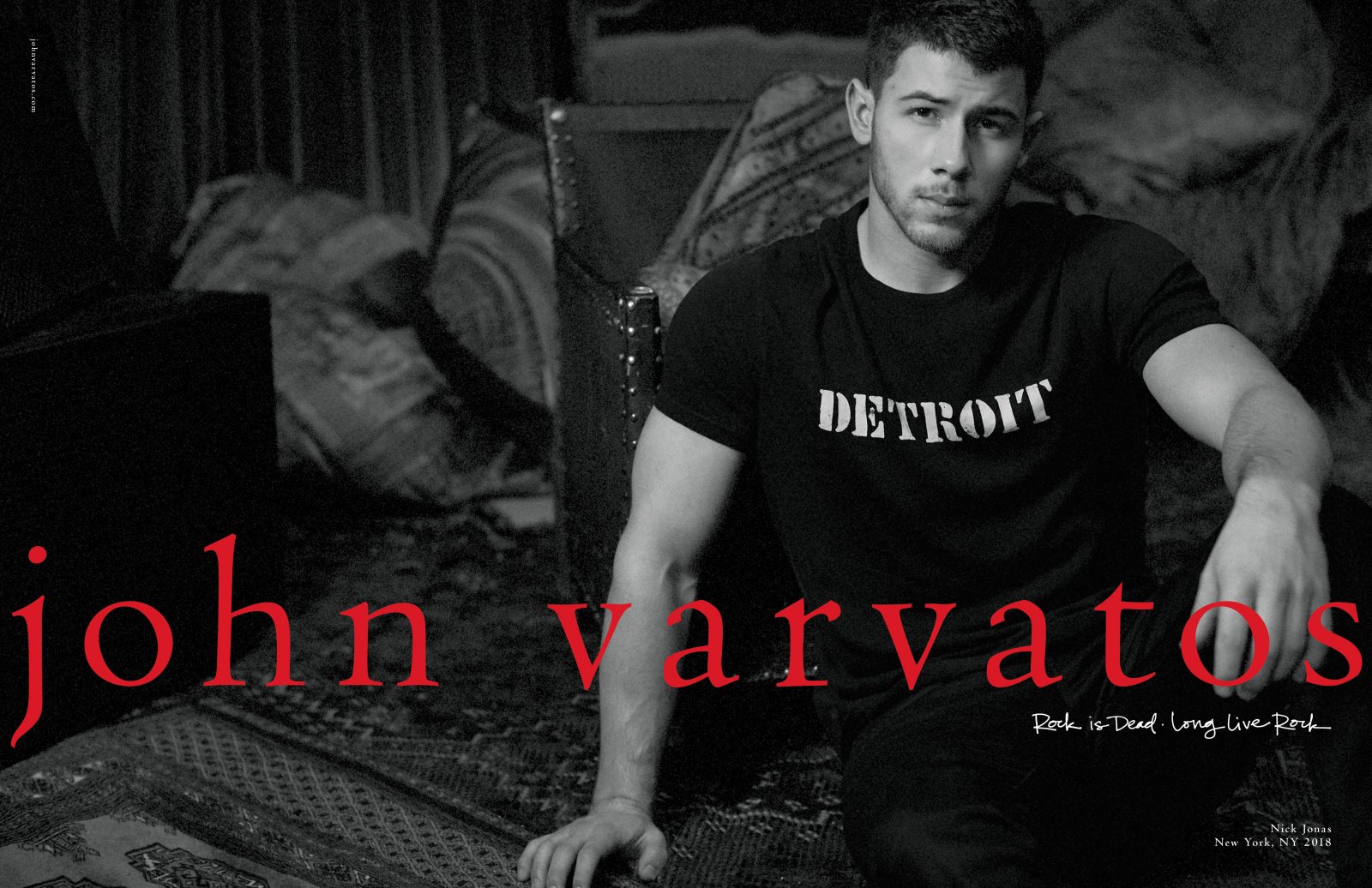 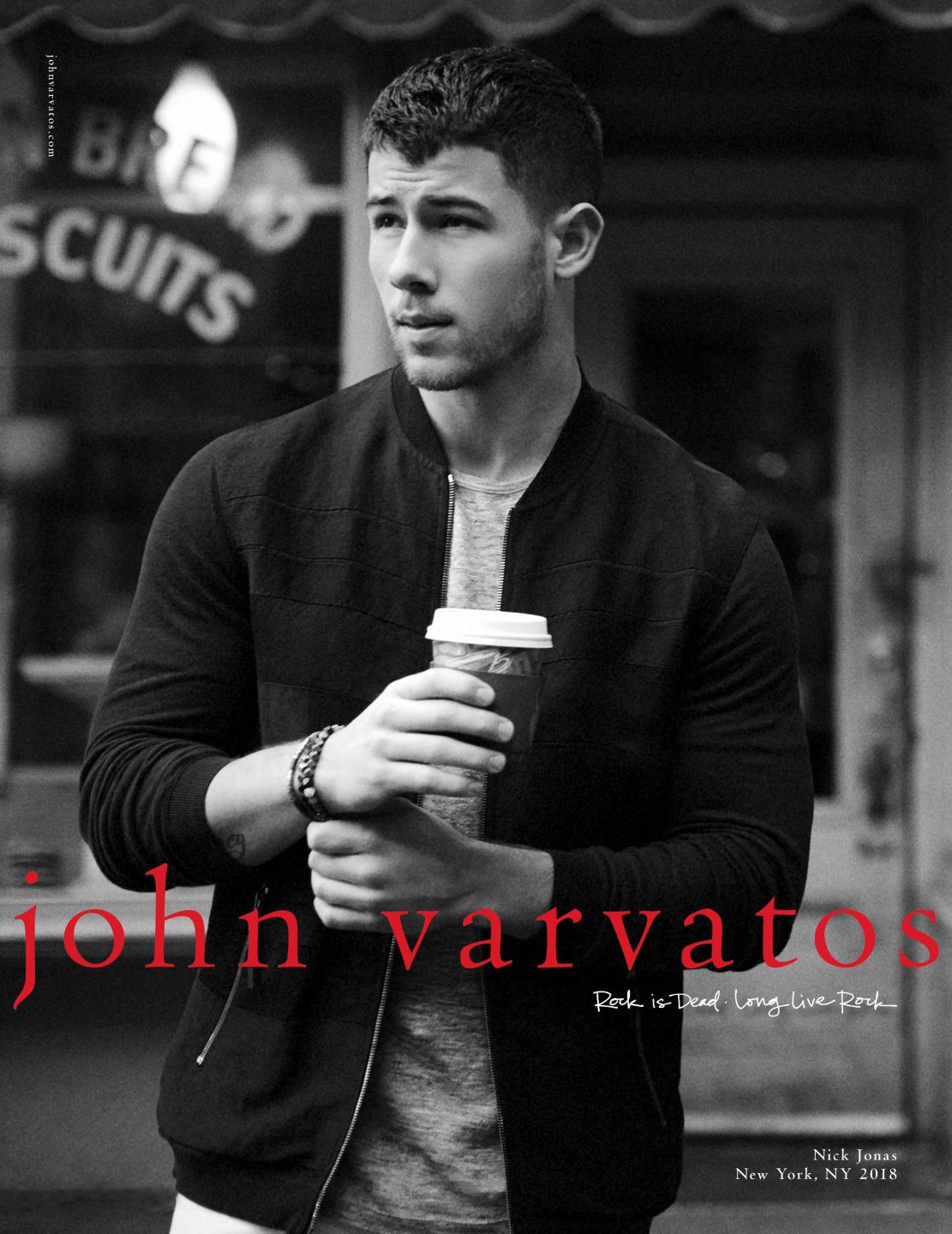