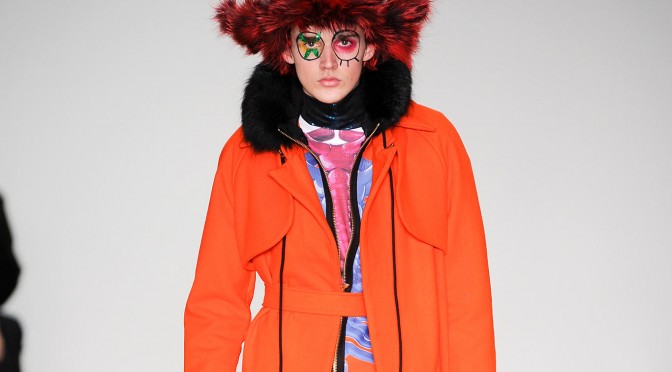 LONDON, UNITED KINGDOM [JANUARY 12, 2015] – “I’m obsessed with modern artists like Jeff Koons, KAWS, and Jennifer Saville: You either love them or hate them, and it’s the same way with me,” said Katie Eary after showing her Fall collection. But what could Saville’s grotesque paintings and interest in bodily imperfections have in common with Koons’ shiny coldness or KAWS’ cartoon-like world?

Well, you didn’t have to look farther than the prints, which showed metallic body parts (brains and rib cages, to be precise) and teeth. Eary explained that they had all been made in the same 3-D computer program that Koons himself uses. Tube knitted brains—yes, really—were fastened onto sweaters or made into skullcaps (a madcap idea if ever there was one), while stitches on jeans hinted at surgical scars.

Eary said that she had spent considerable time doing fabric research to find the right kind of scar color. She had also found an old RAF seamstress to make authentic-looking coats—but the Eary versions naturally came in nuances of bright orange or teal and were asymmetrically constructed, which gave a dual impression of both mac and trench. In fact the show notes mentioned bipolarity, and it was further accentuated by the designer’s own two-colored hair. There was also a slight lack of cohesion to this collection: Hats and gloves trimmed with fox fur seemed to have nothing to do with the rest of the clothes, for example. But you got a feeling that this was the designer’s modus operandi, and that you either had to take it or leave it. Eary doesn’t seem like a woman interested in compromise.

Some people might object to brains or rib cages as a motif on clothes, but to them there’s only one thing to say: Look up Elsa Schiaparelli’s “Tears” dress from 1938, or better still, the skeleton dress with visible rib cage she did the same year. Eary’s clothes this season definitely had pedigree. When asked if she was ever scared that the clothes might come across as disgusting, Eary quickly retorted, “I’m never afraid.” And there was really nothing eerie (geddit?) about these clothes. Instead it was all pop fun. 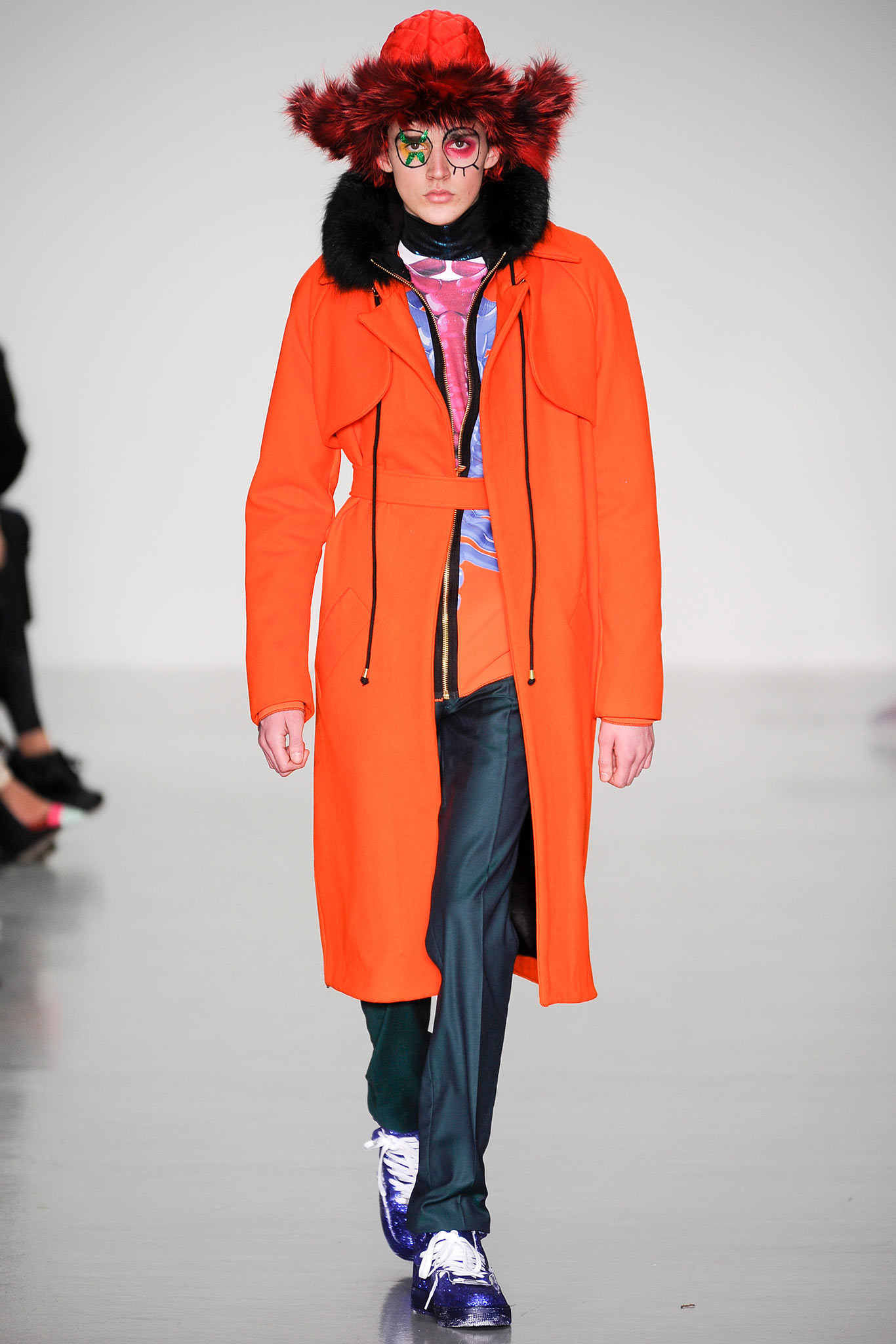 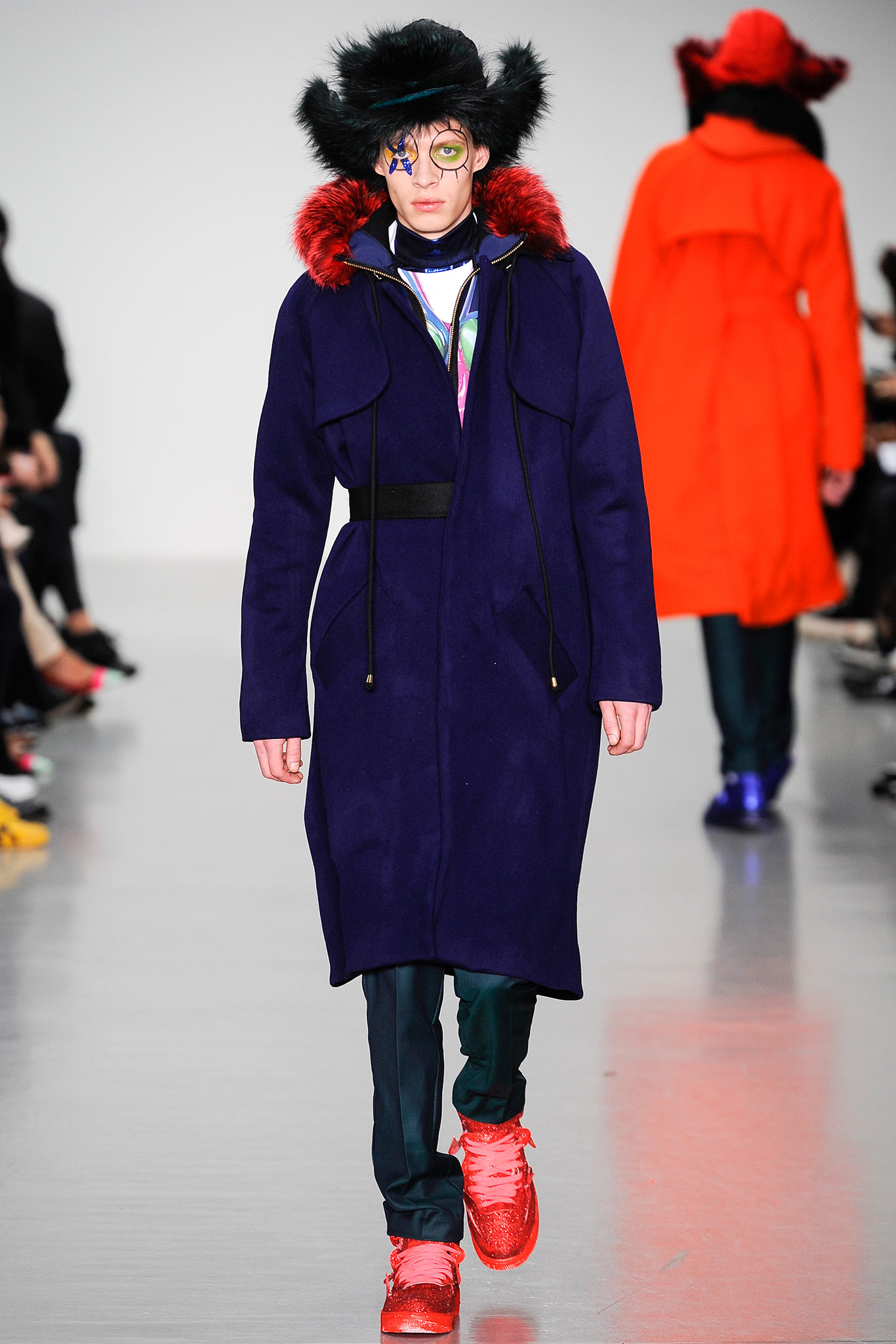 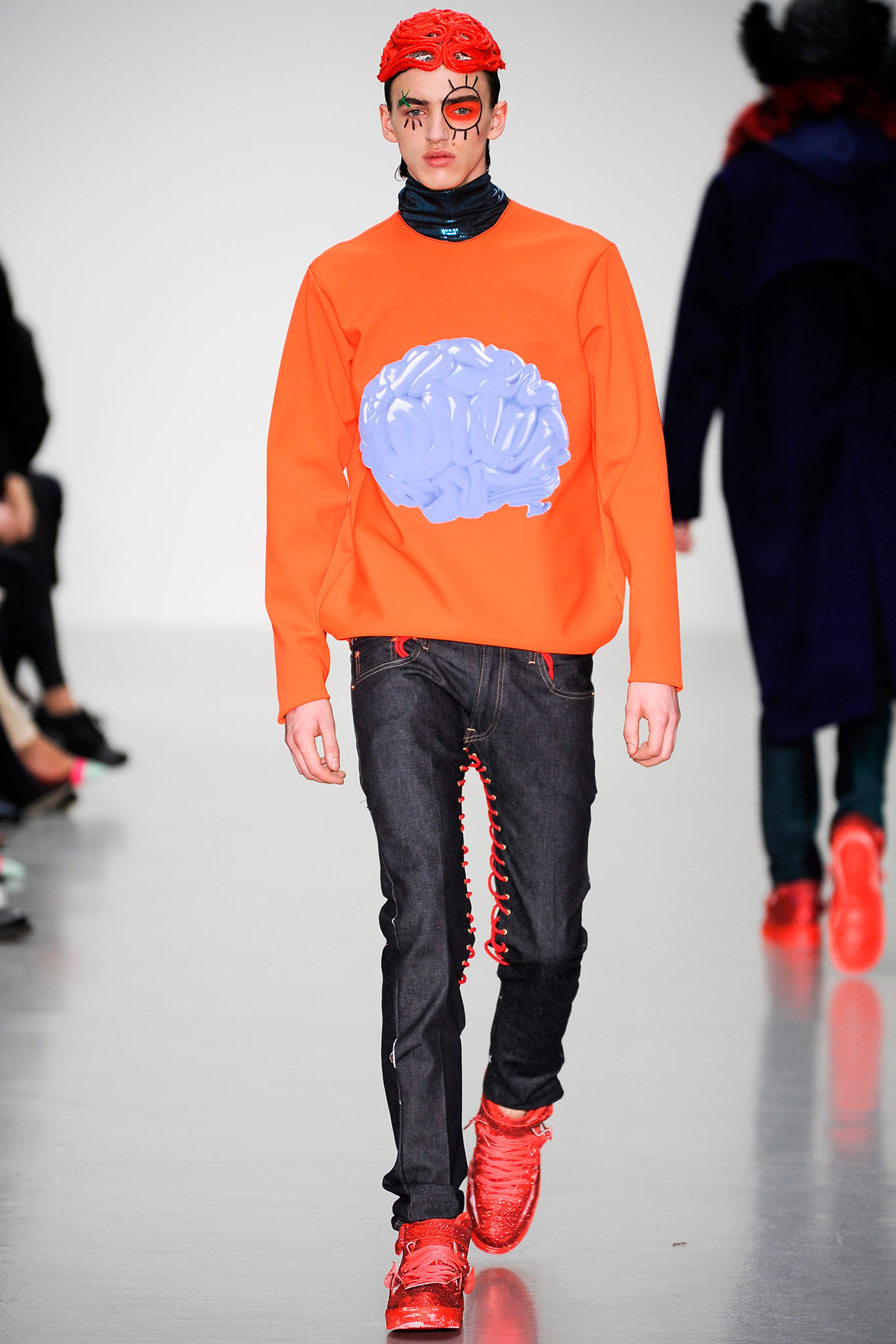 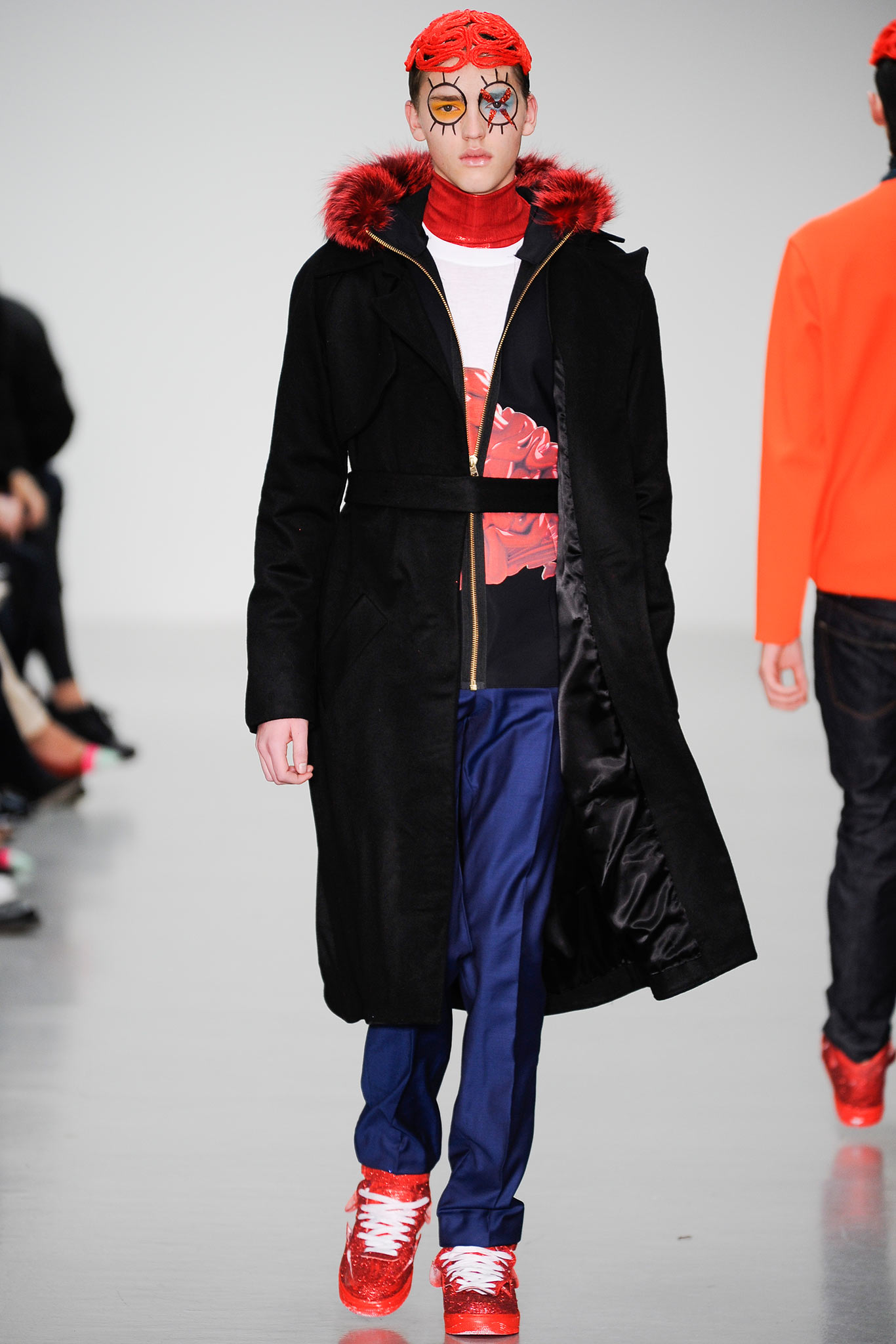 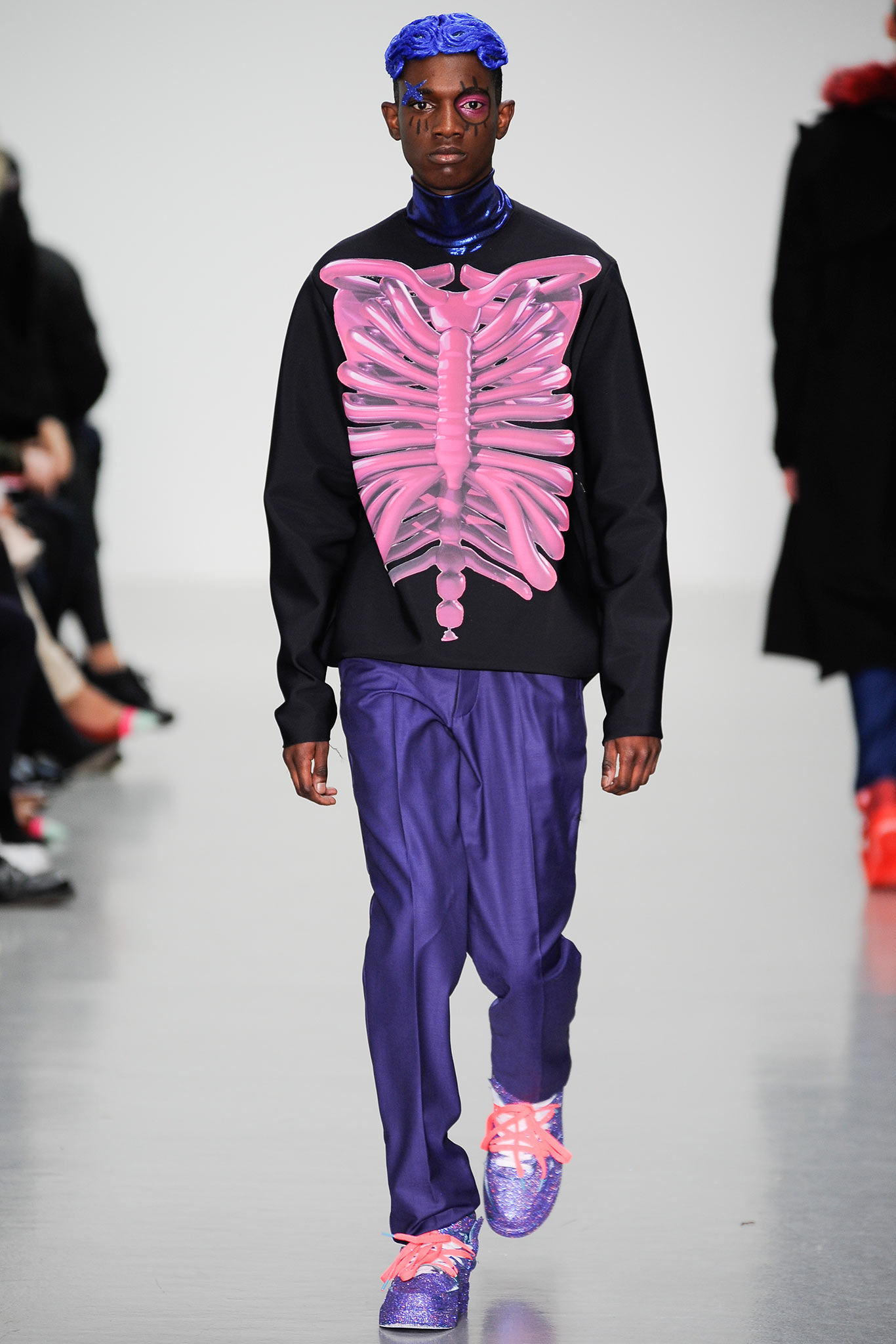 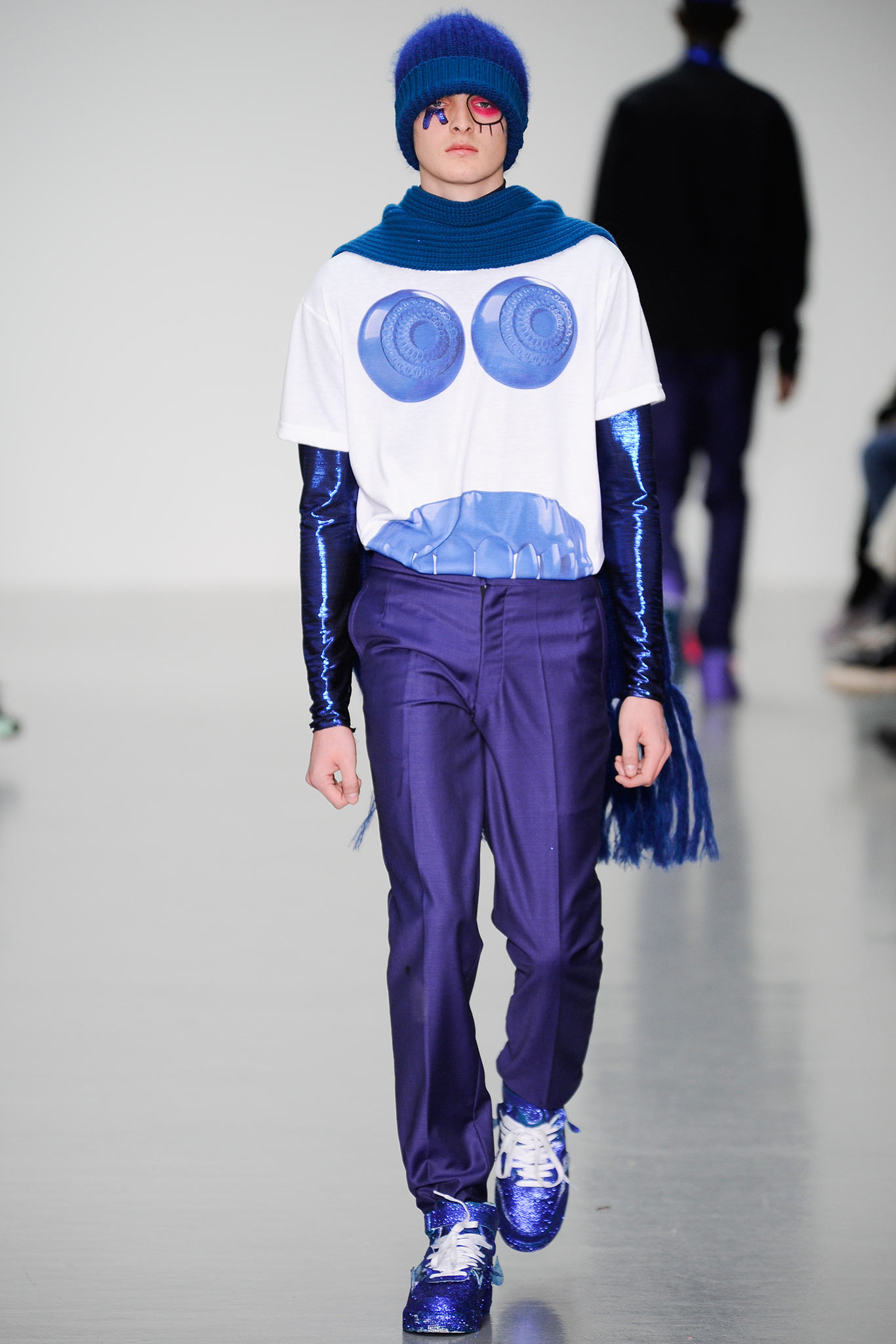 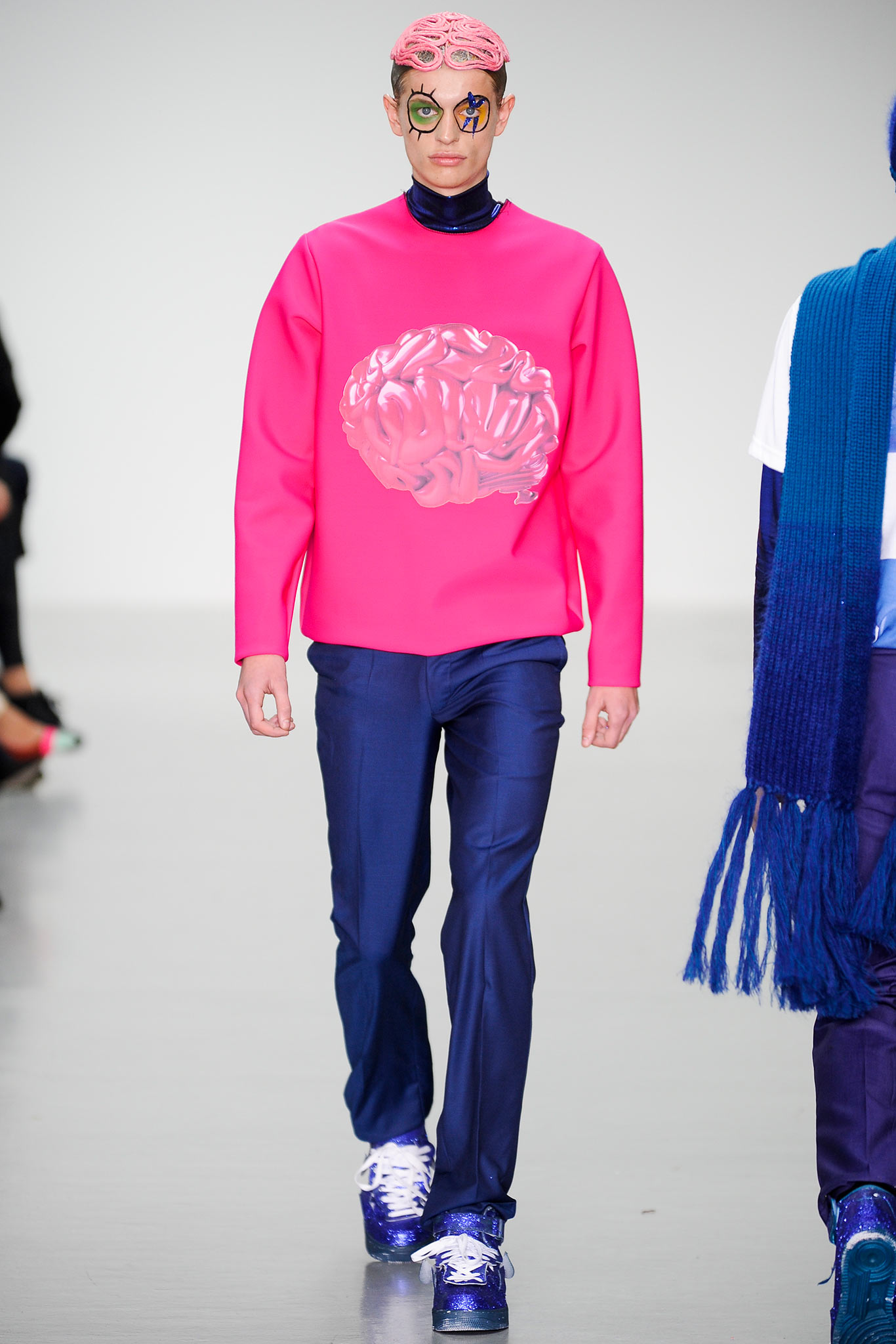 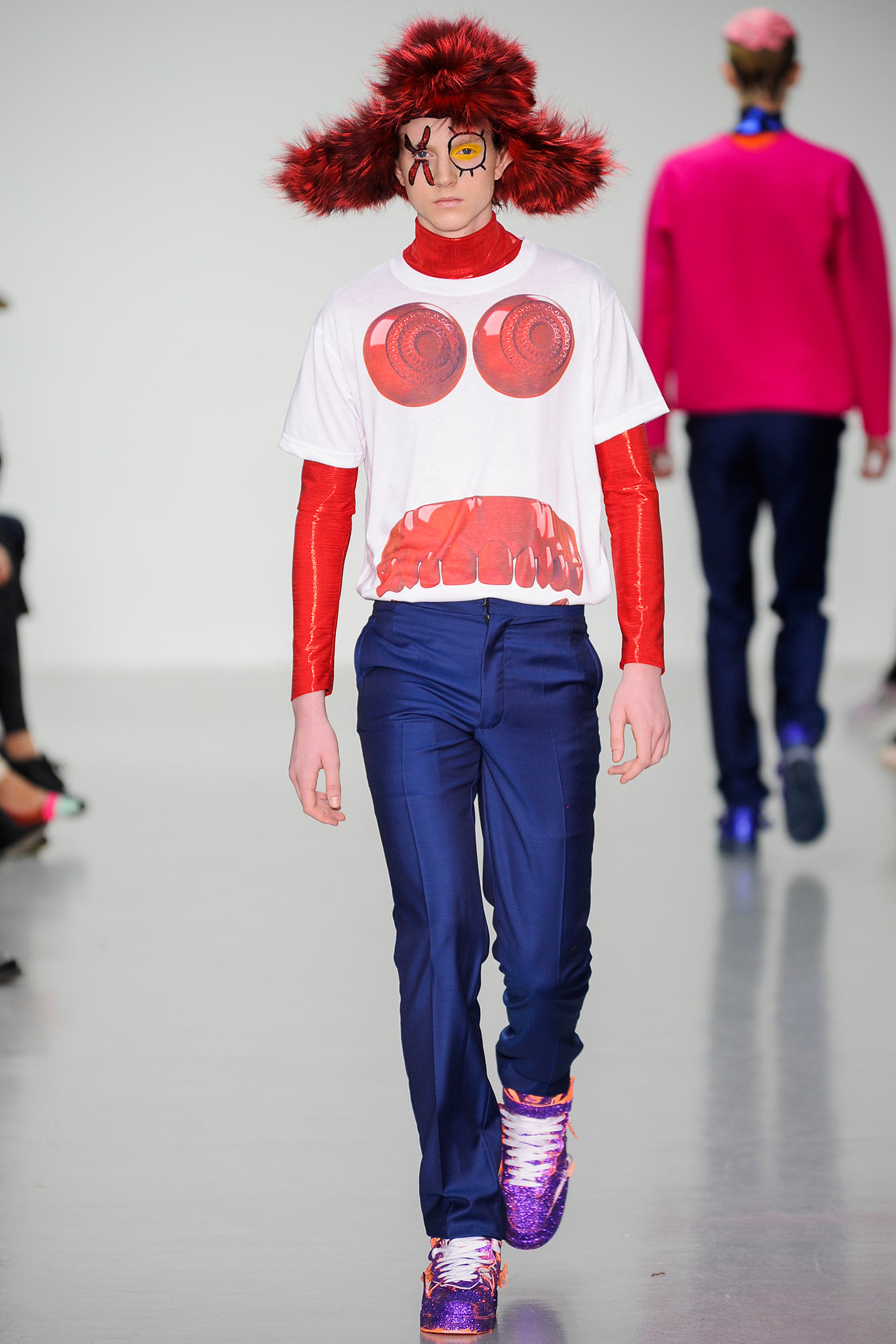 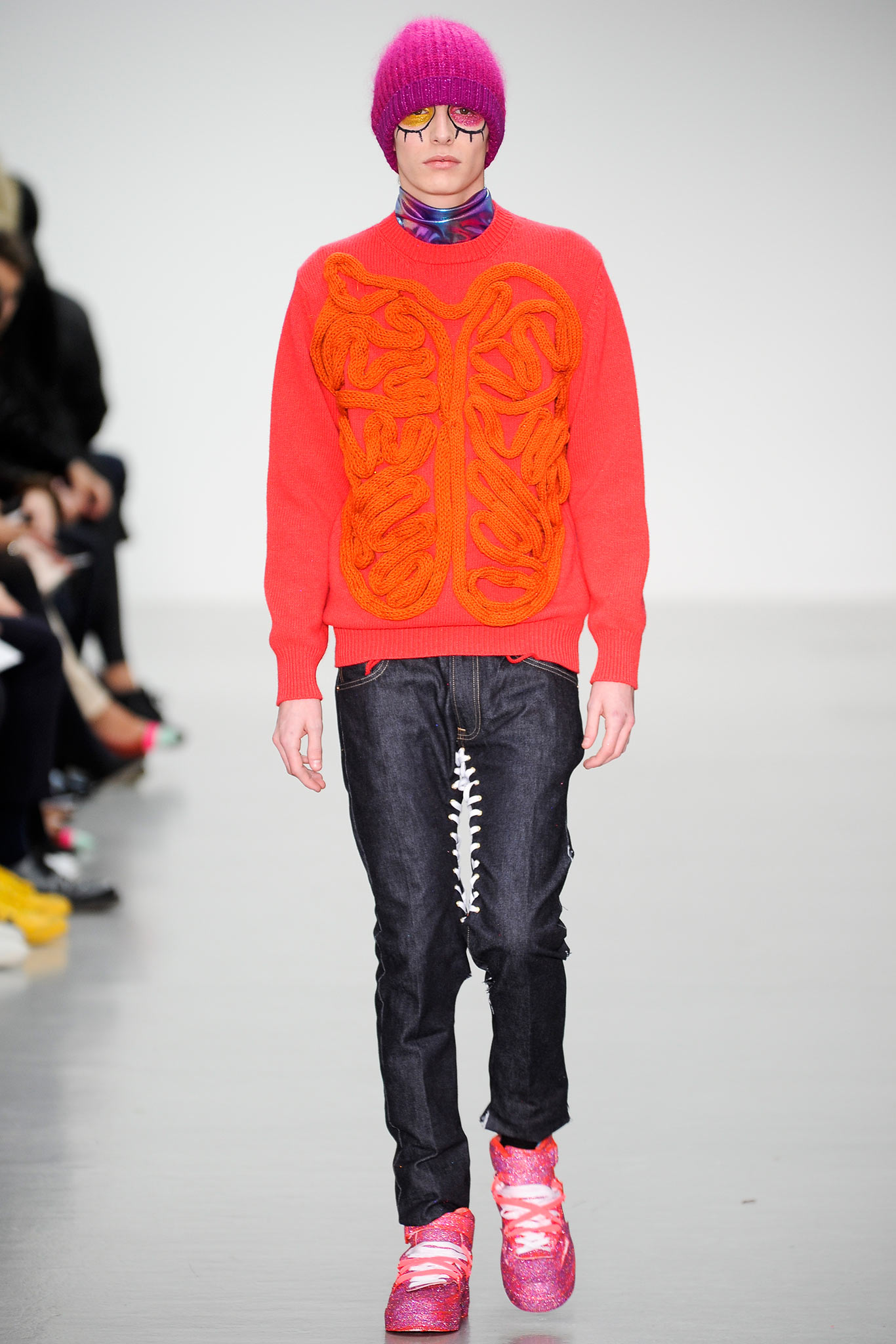 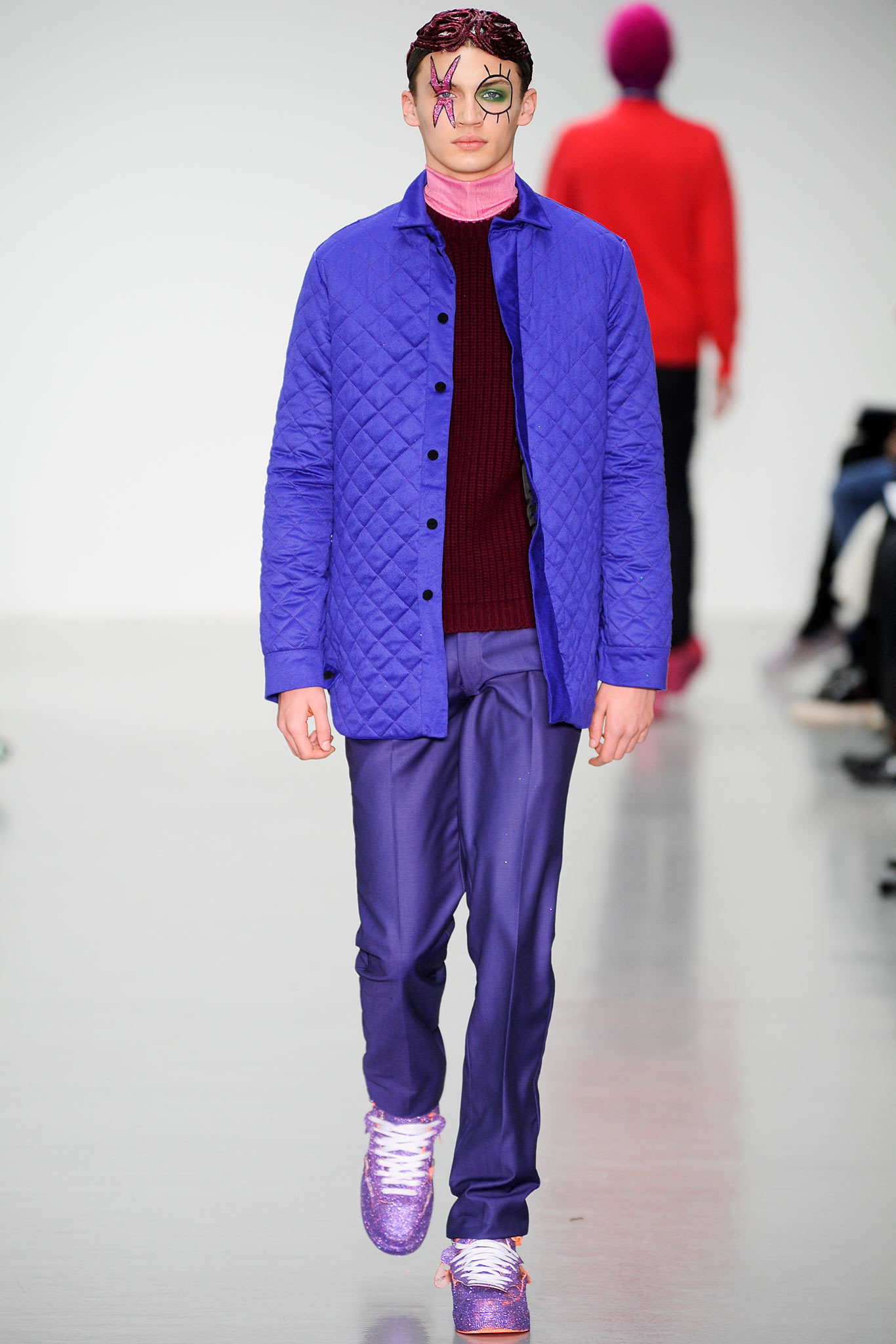 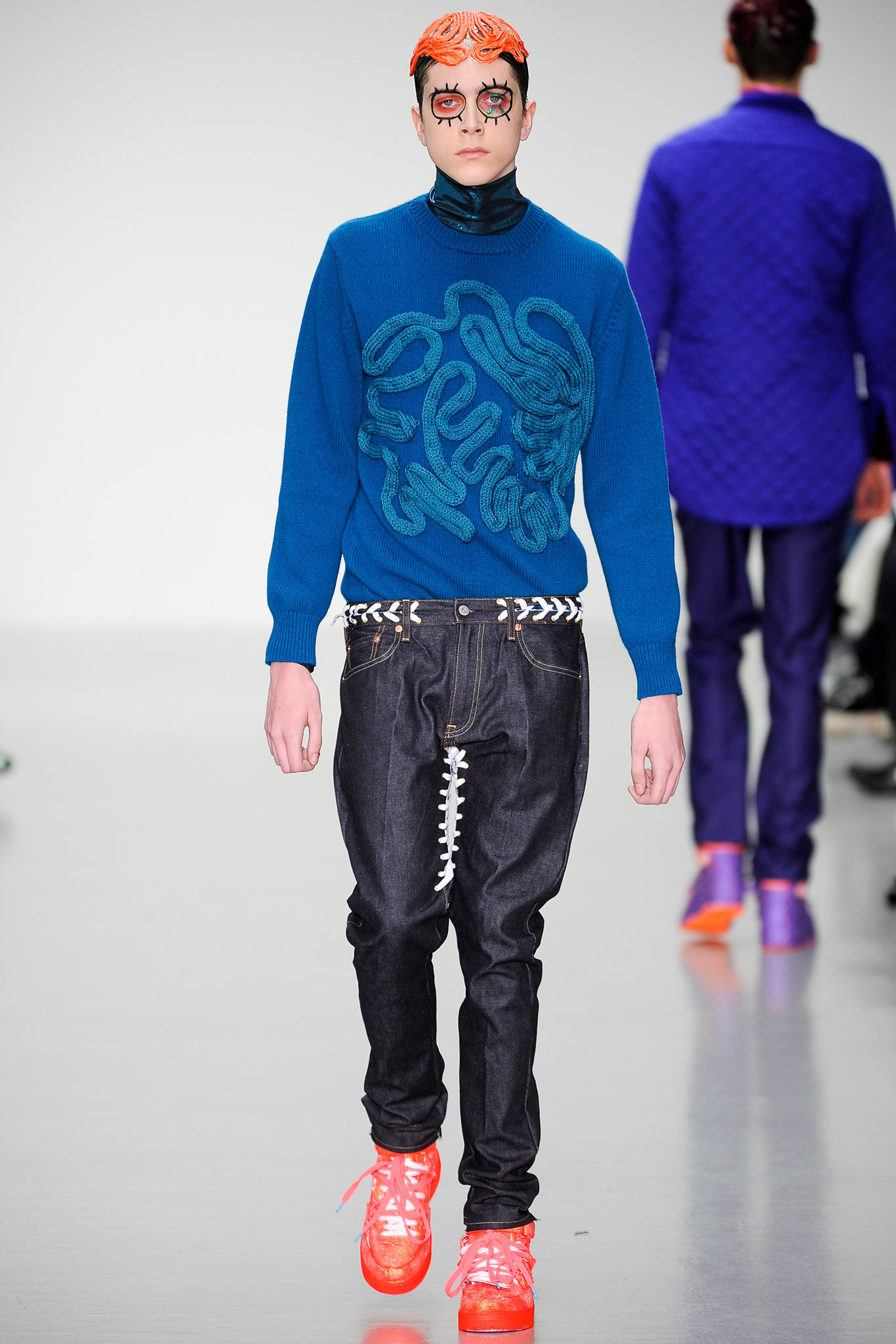 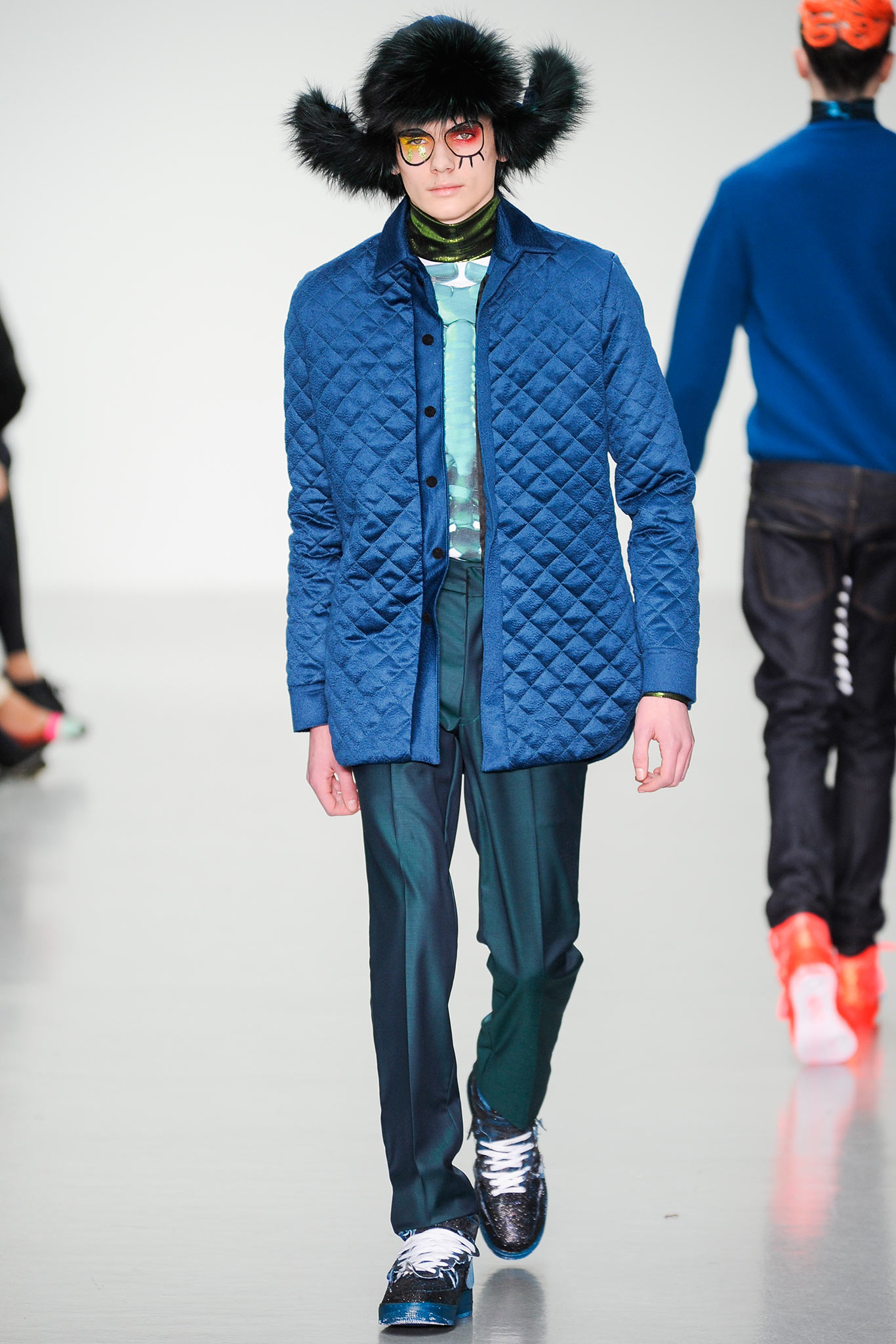 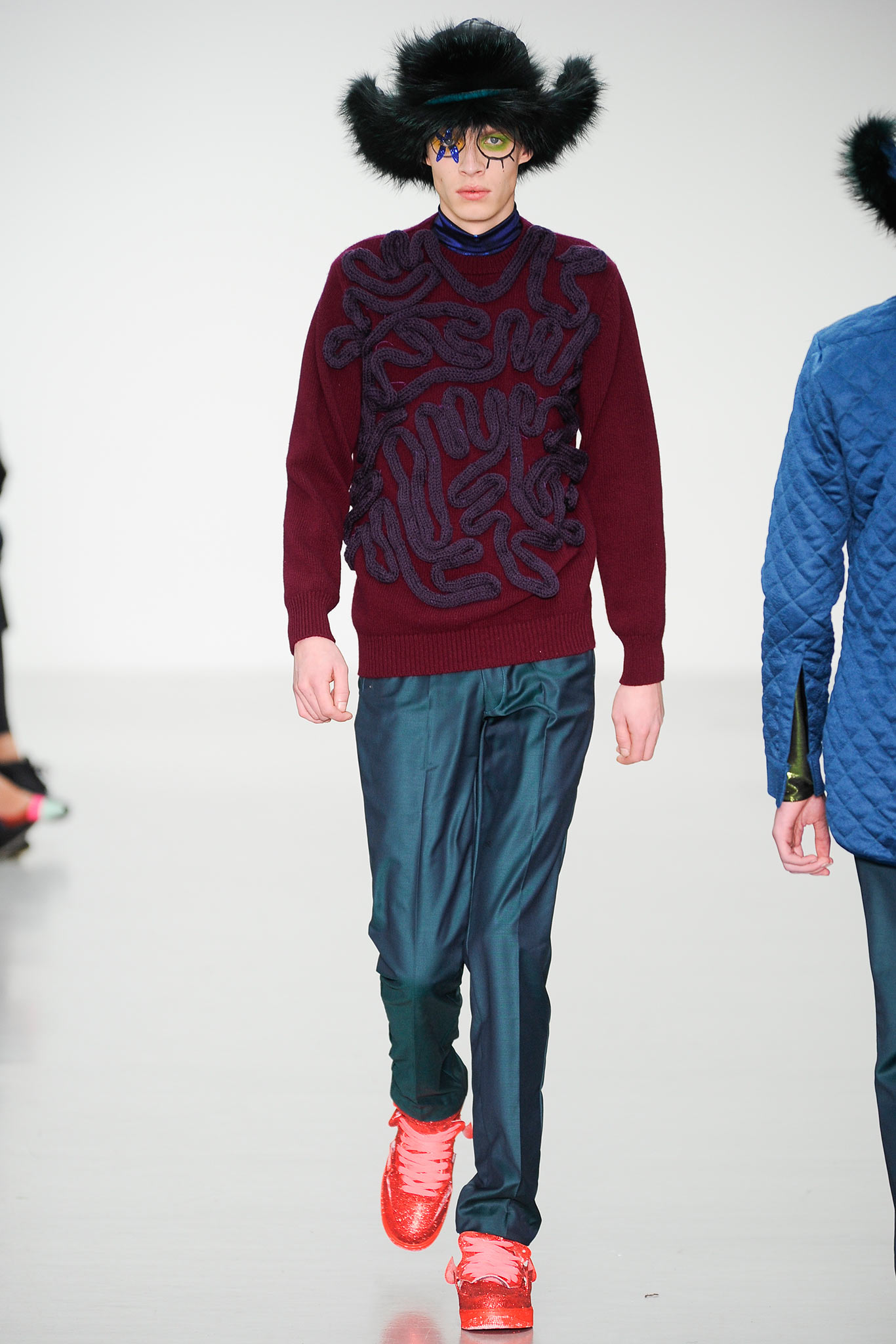 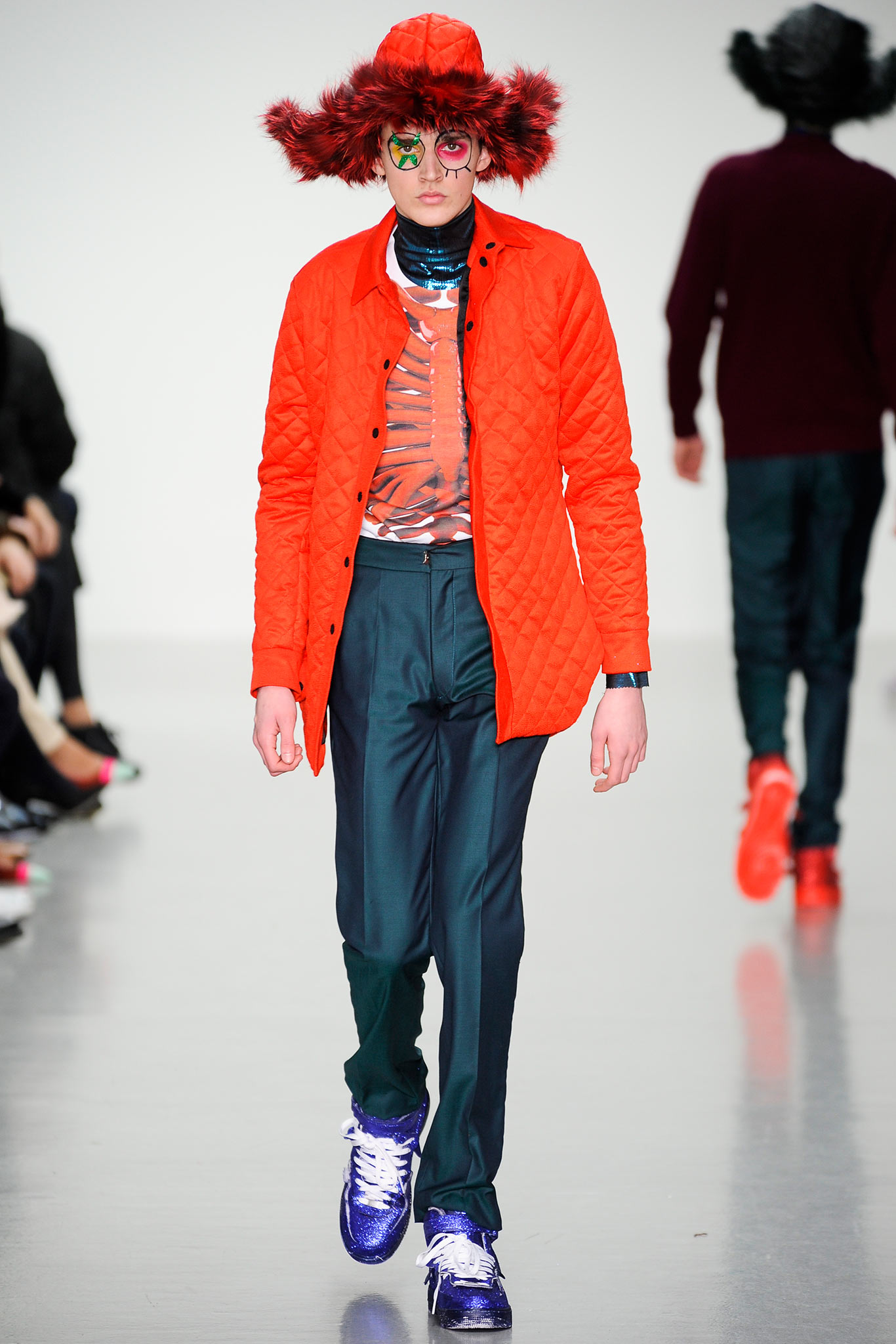 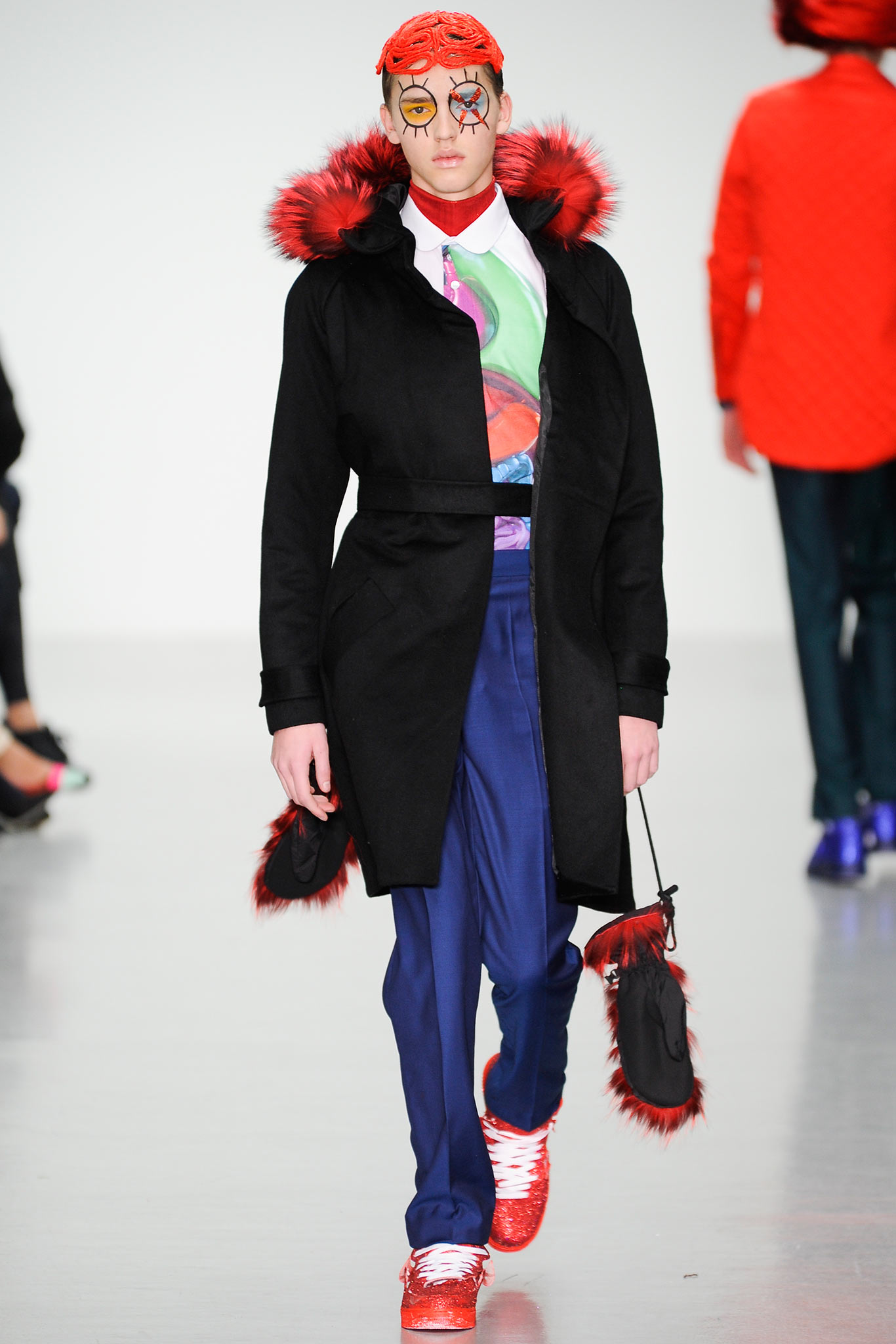 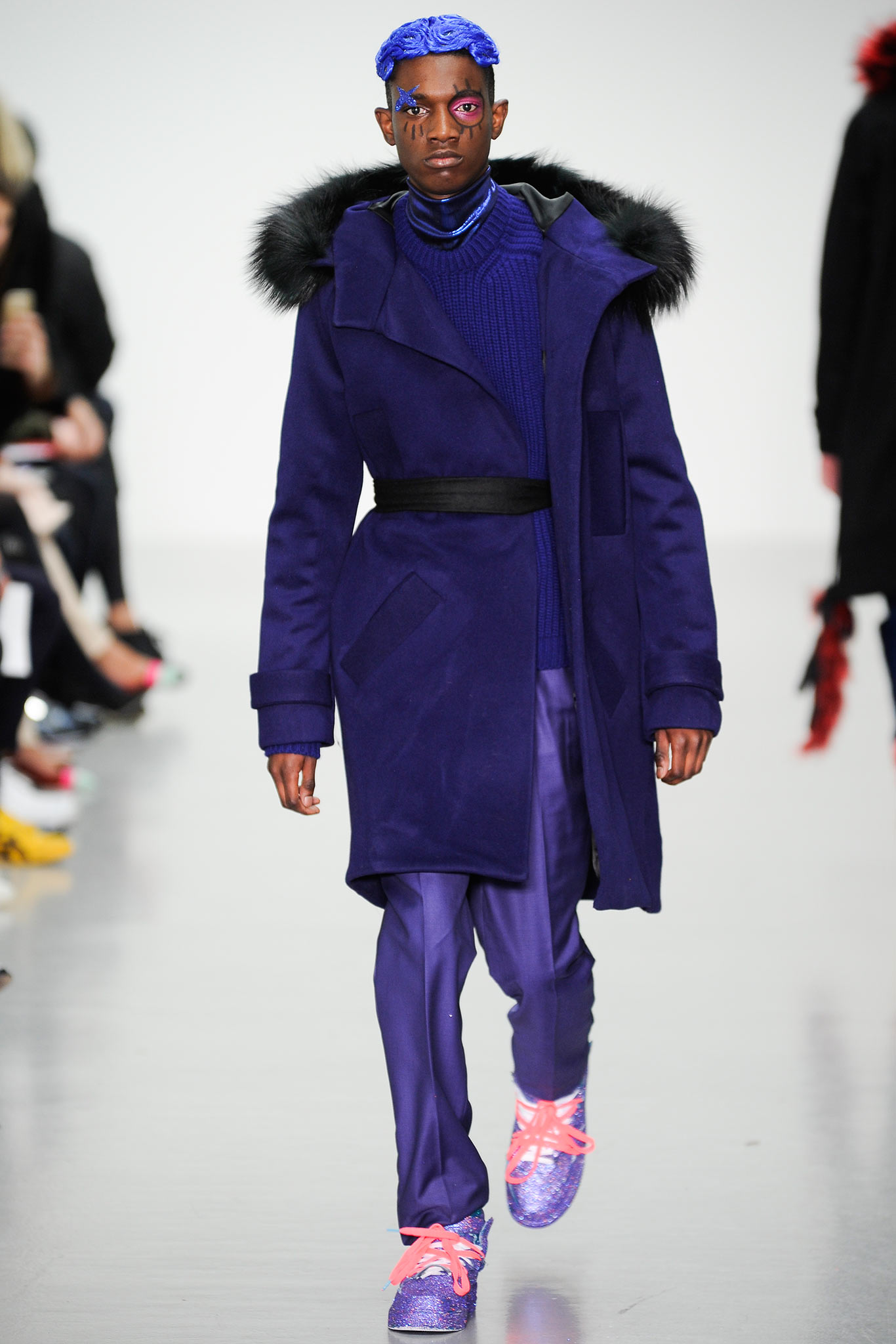 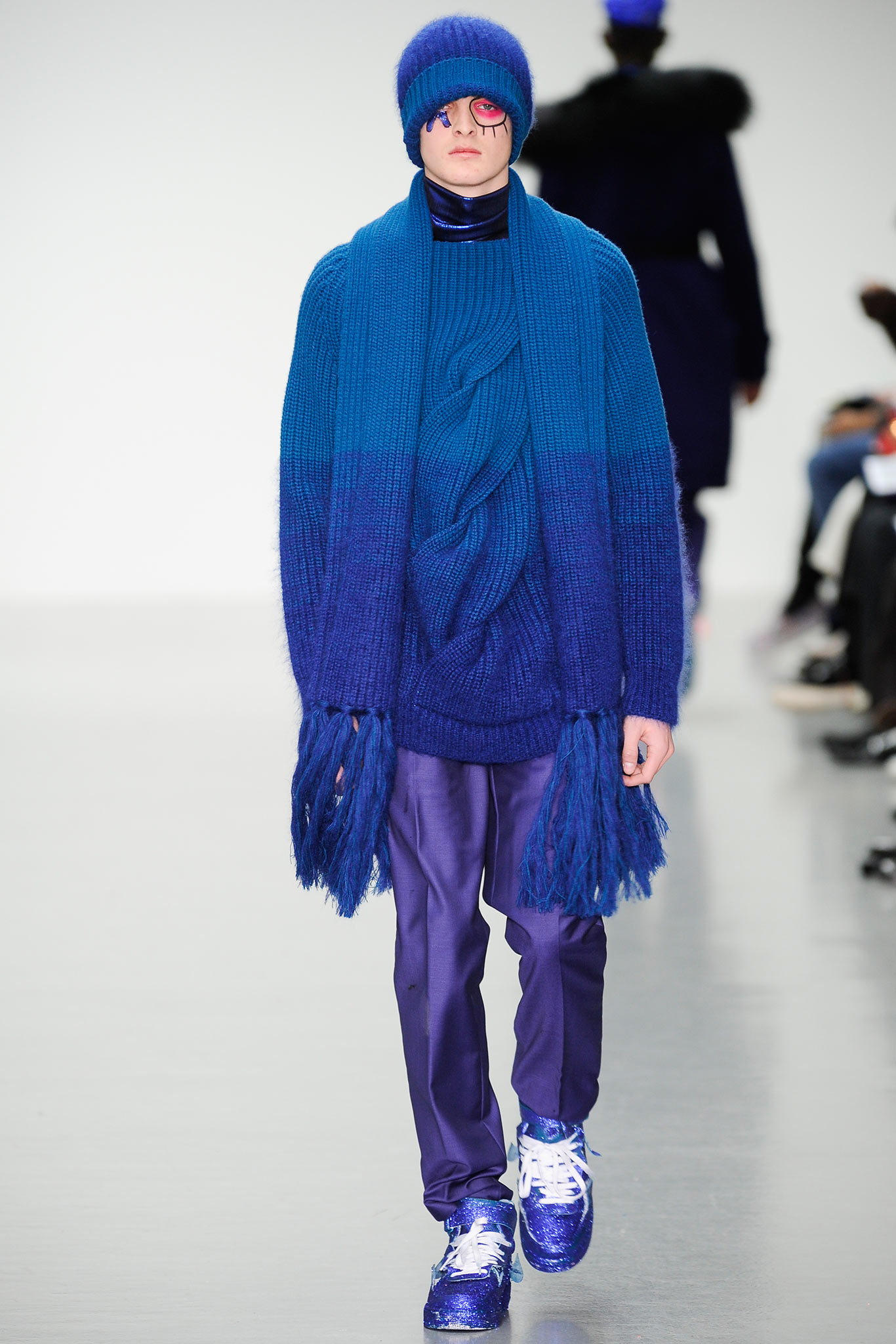 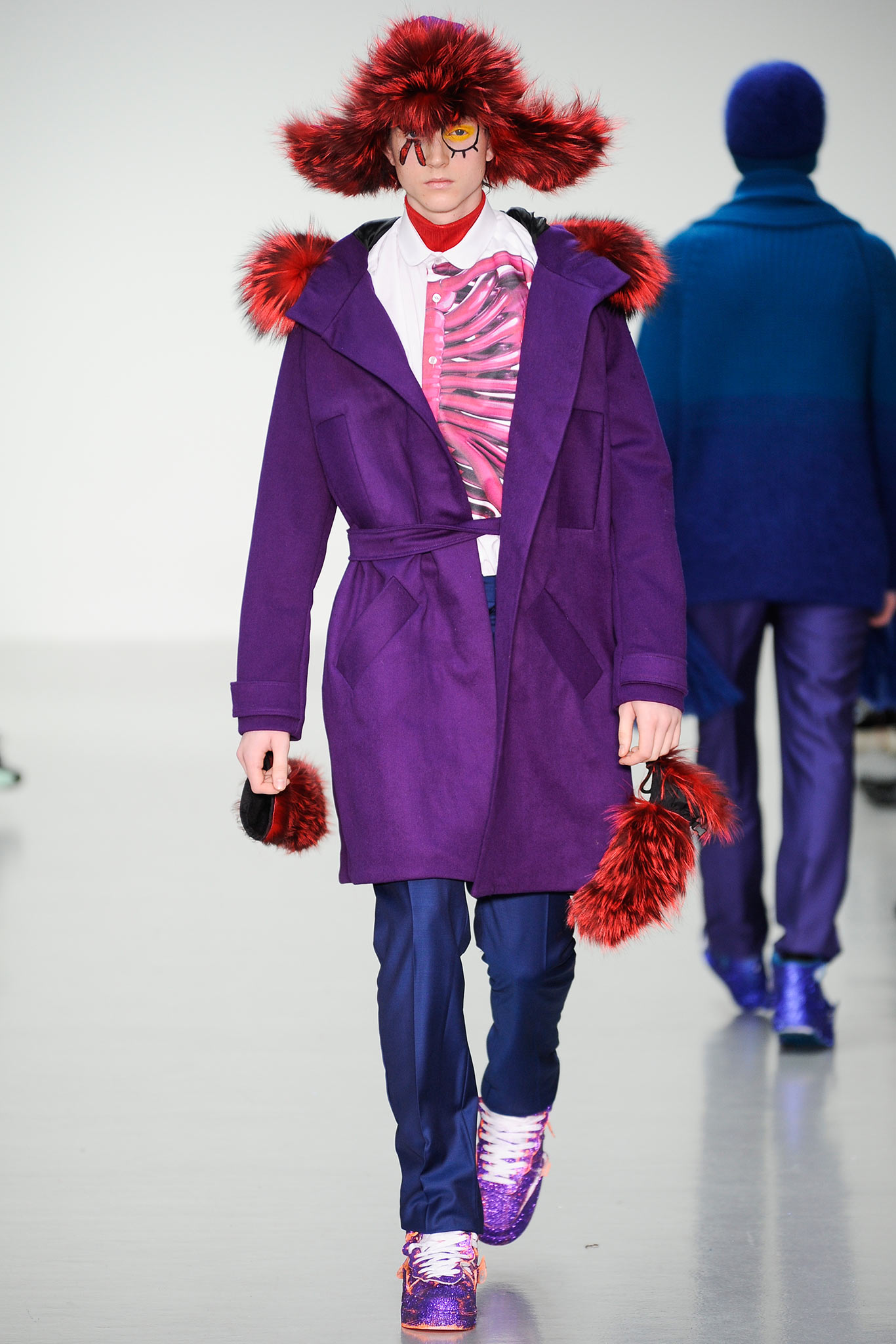 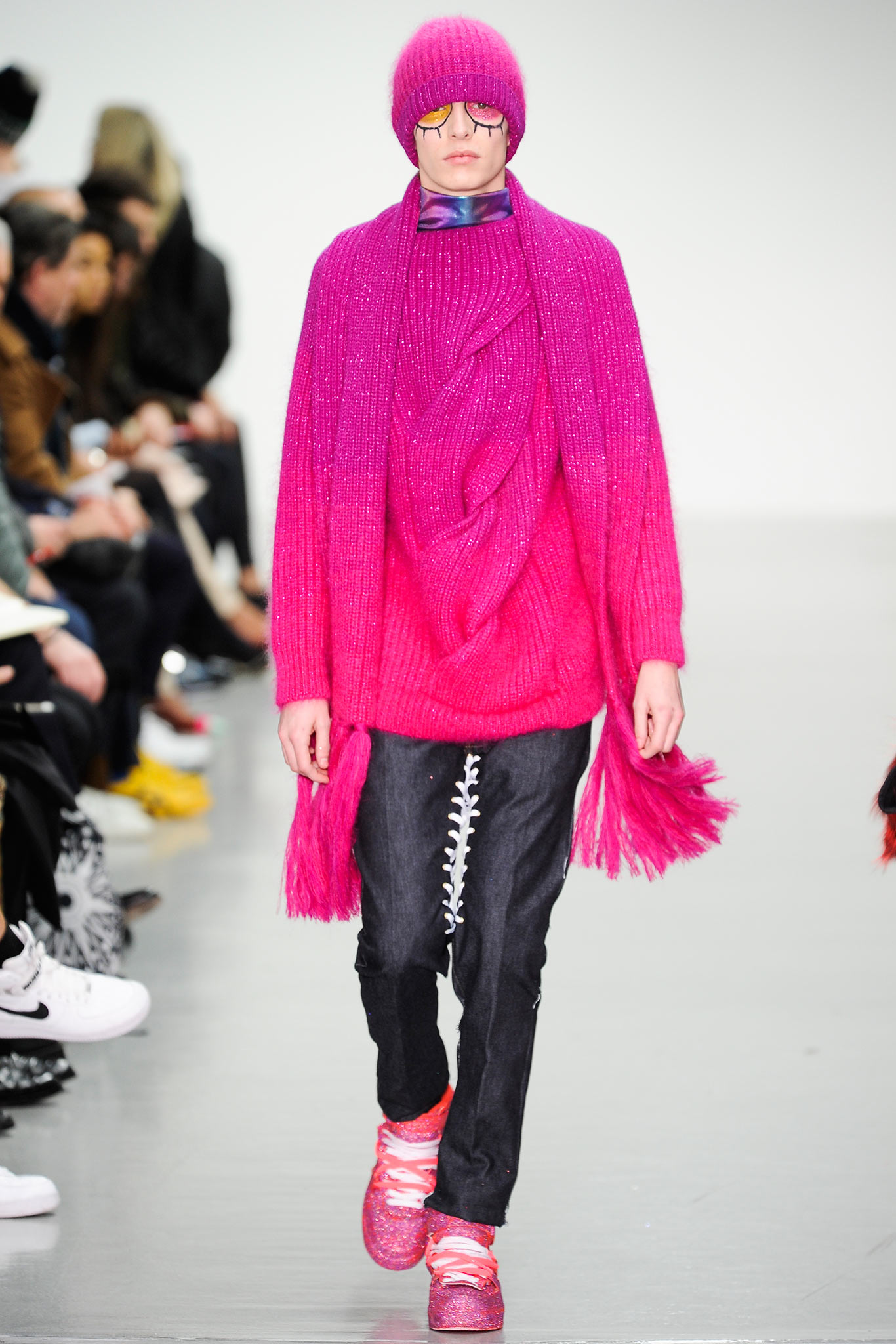 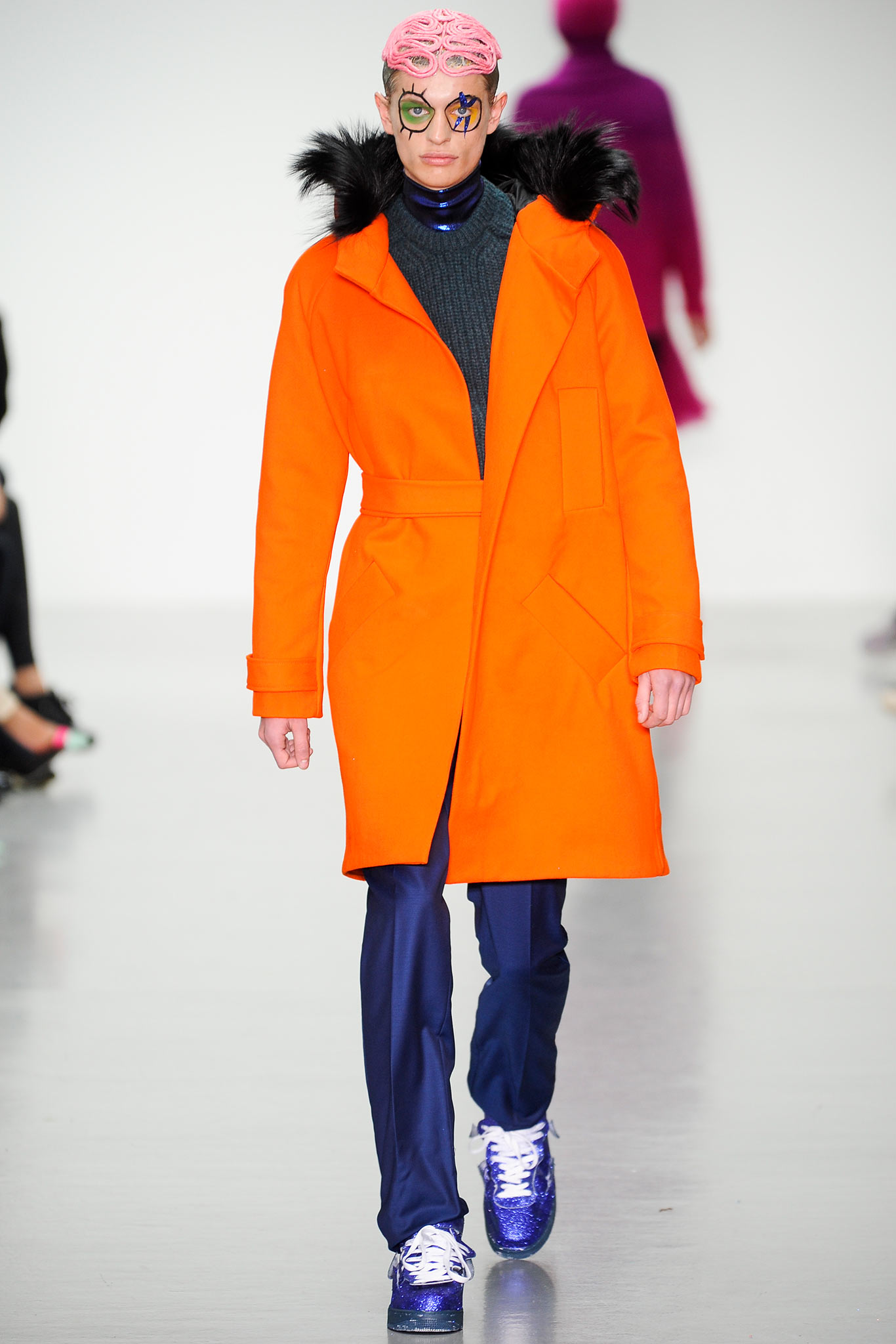 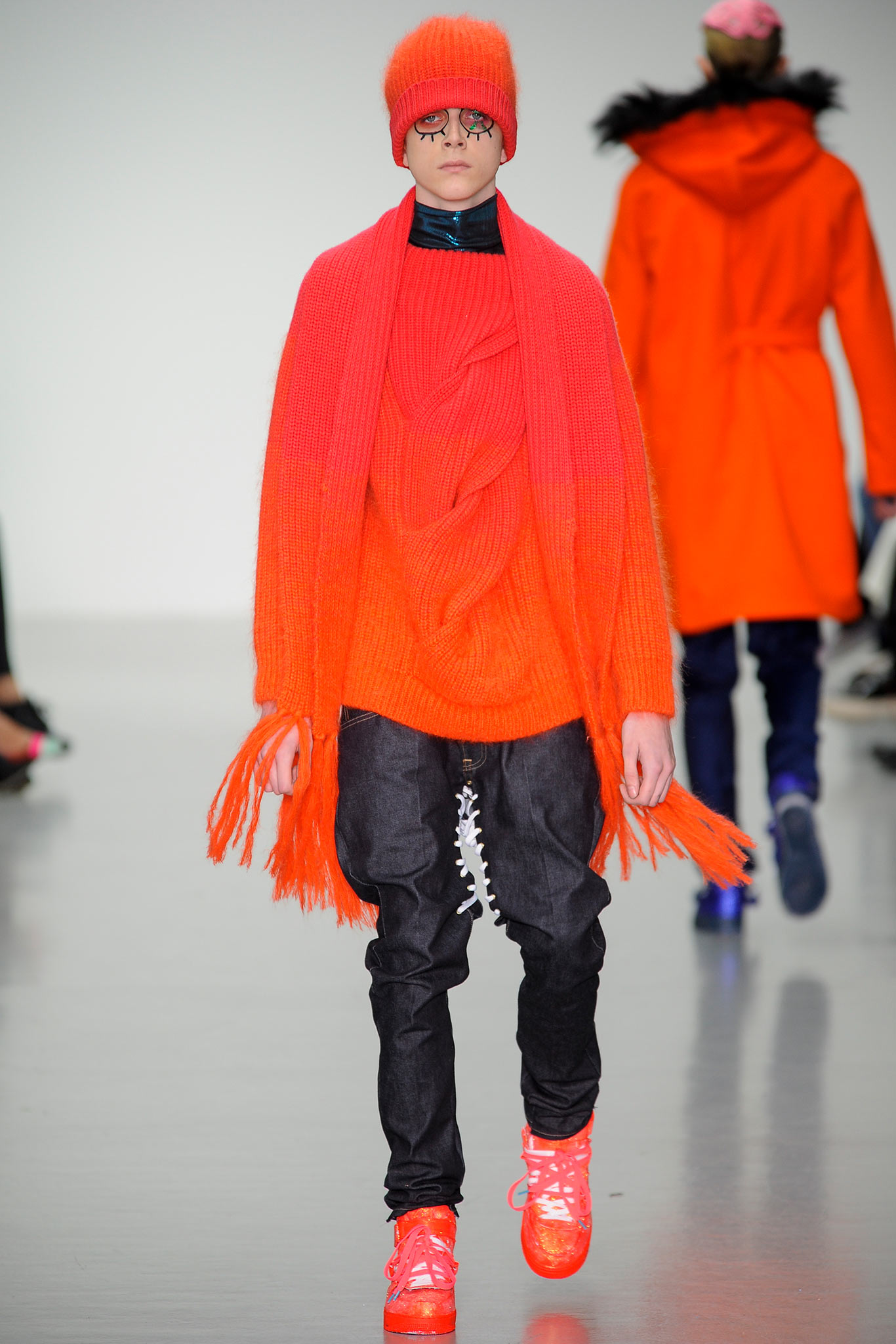 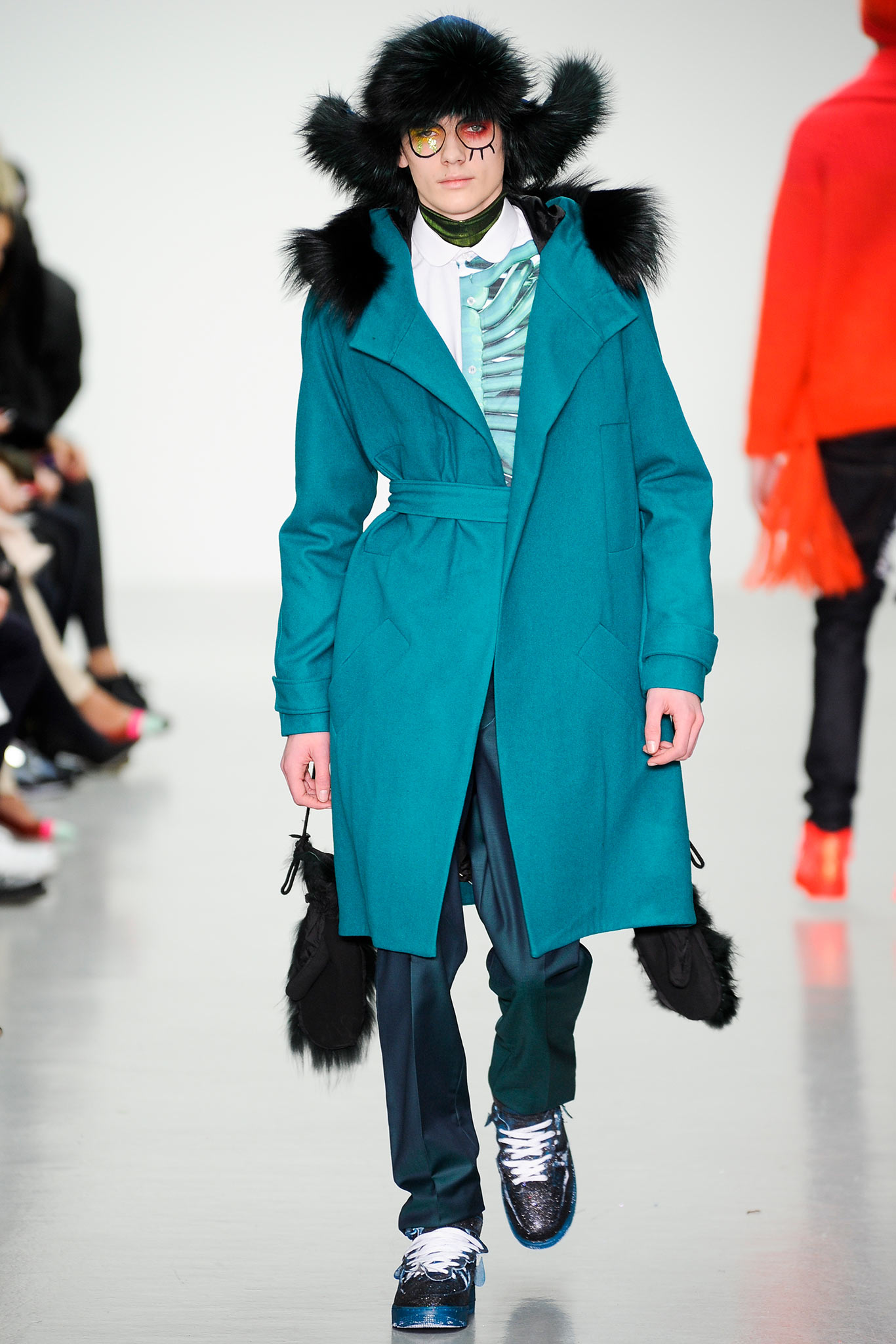 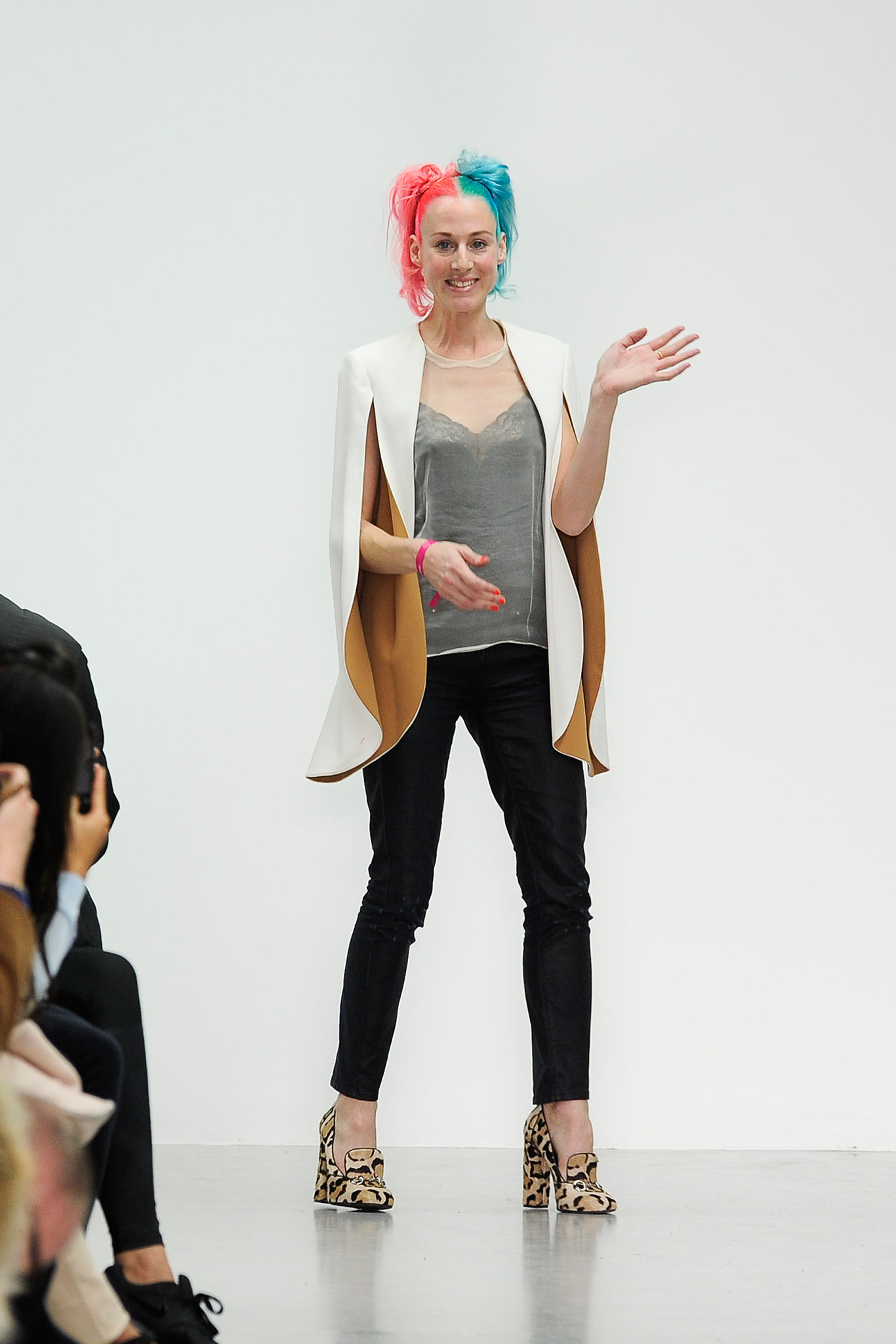