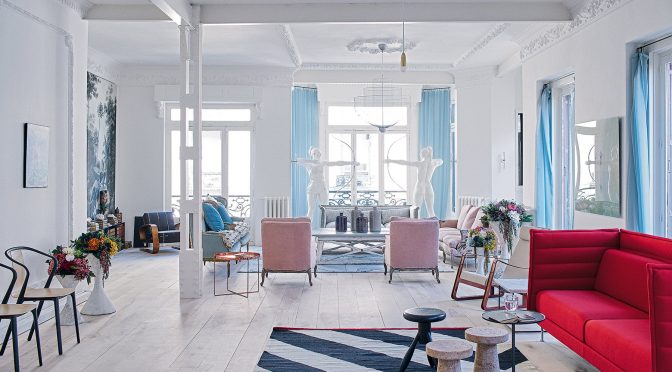 The last crush of Jaime Lacasa is this floor of “La Gran Vía” in Madrid. It transformed it to end its dark past and now it looks clear, bright and full of design. Here he lives … for the moment. 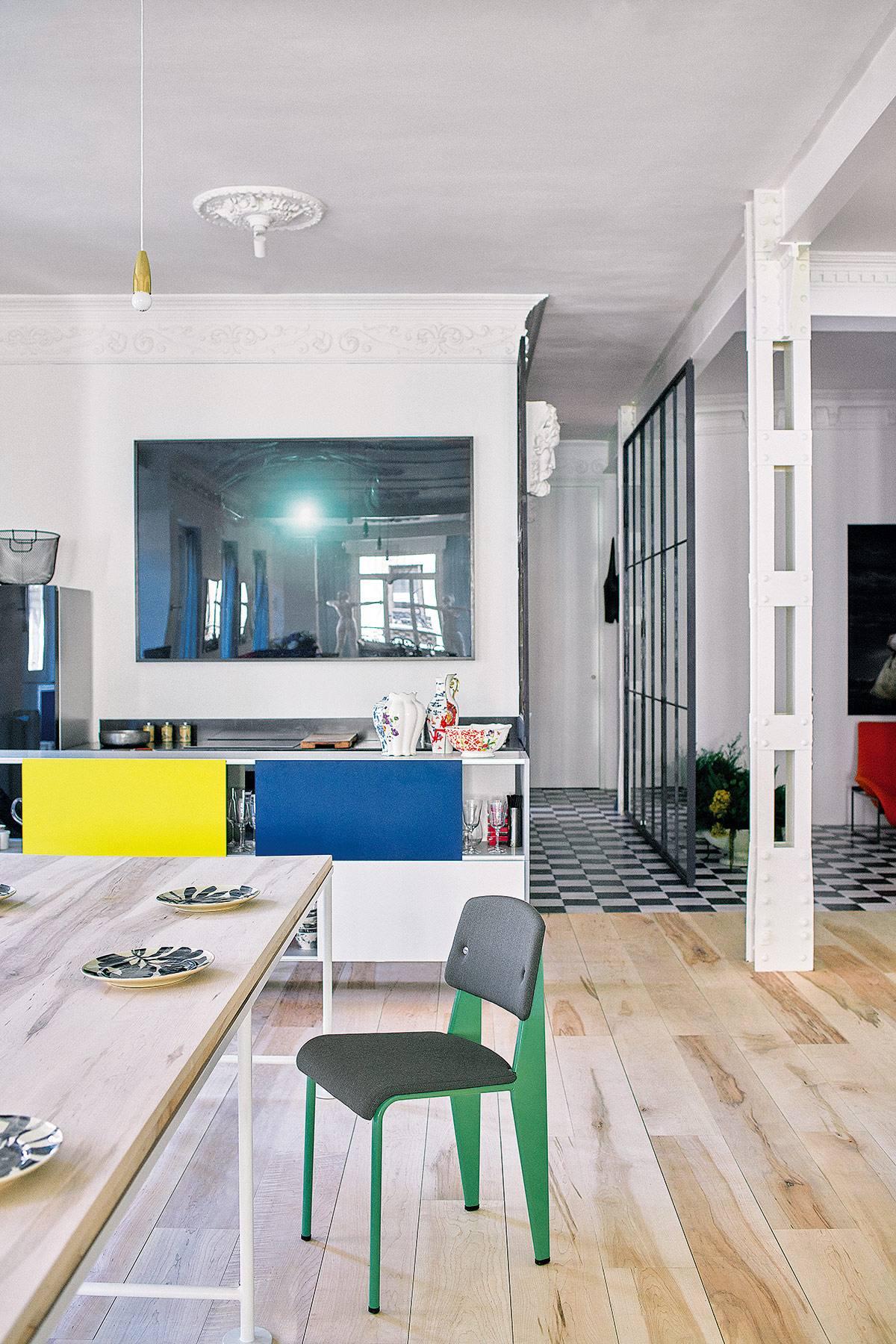 It has life cycles, and these are a year and a half, the time in which you enjoy a house before you start looking for something else to buy and transform. From direction to address we could tell the story of Jaime Lacasa, pilot, decorator (he learned this second job based on removals and because his friends have made him his interior designer), founder of an architecture and design company , Scooter Designe, and owner of the men’s fashion store Scooter.

His last crush was on the Gran Vía in Madrid. Strolling through it, he noticed a 1917 building with an iron structure, a facade full of balconies and a spectacular portal. There appeared the poster that he likes to read: For sale. Everything started again. “For traveling so much I have had to sleep more nights in hotels than in my own house, which makes you get used to being every day in a different environment surrounded by different objects and furniture. That has created the need for change and look for spaces that surprise me. To always live in the same house represents a routine for me, “he explains about his peculiar habit 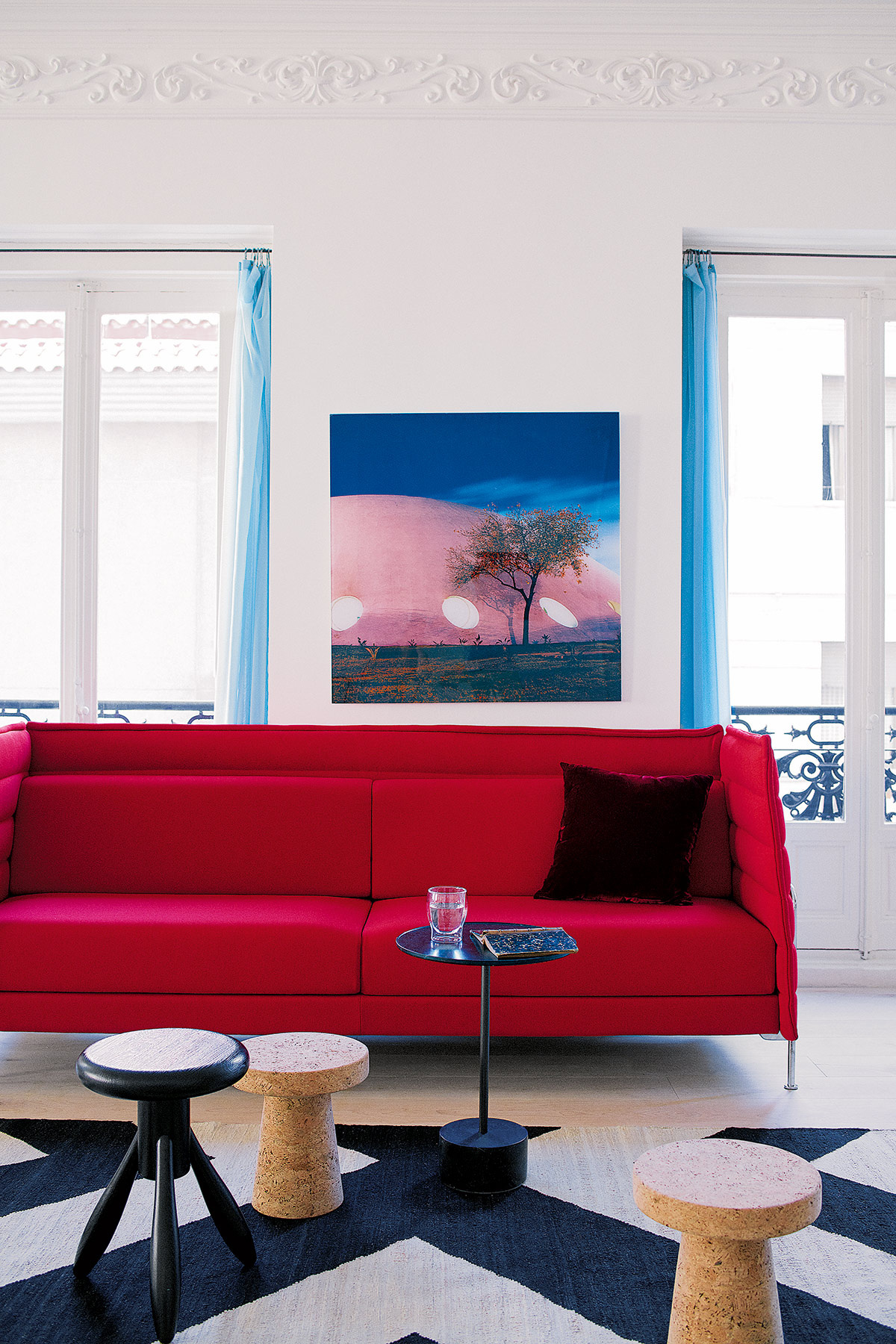 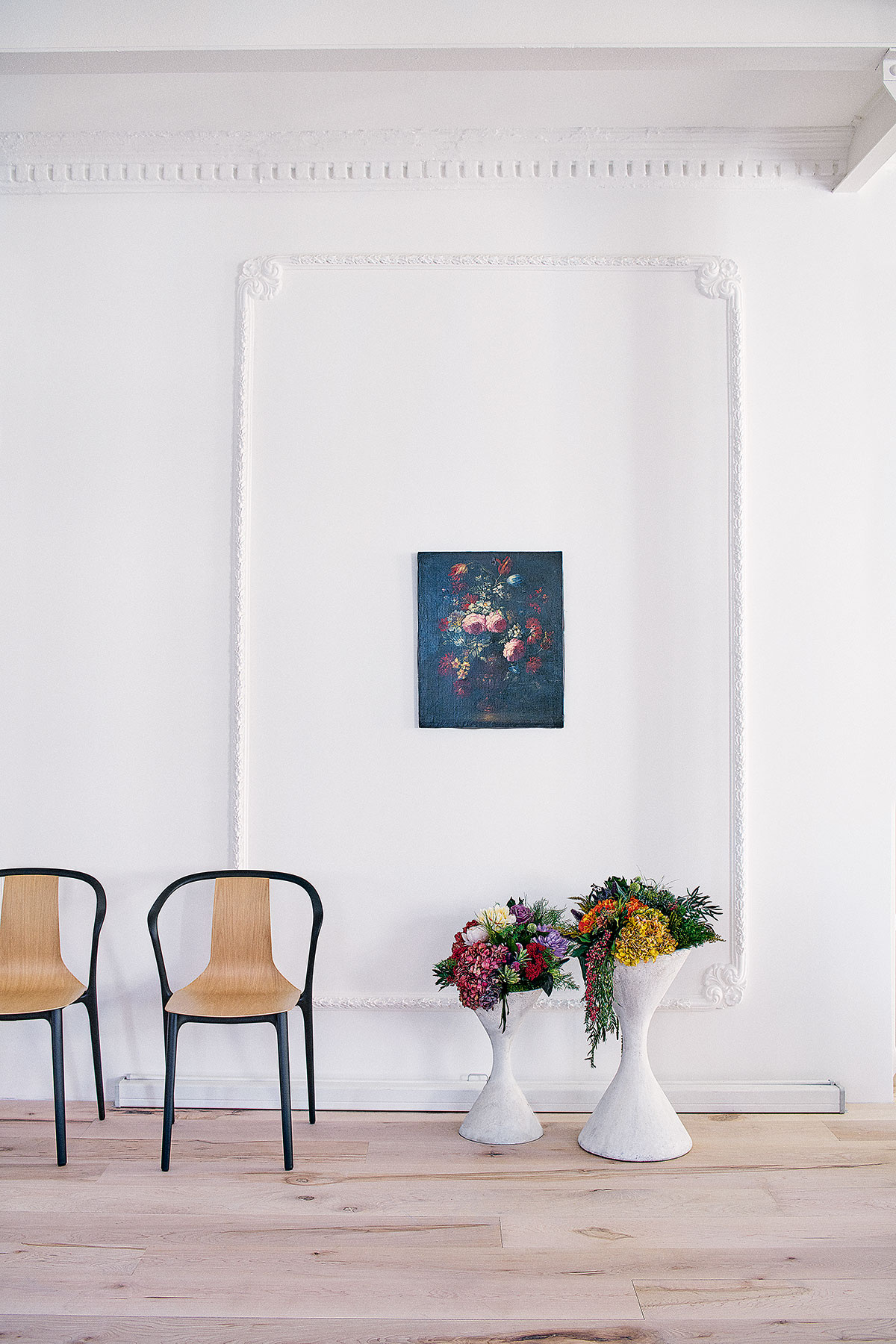 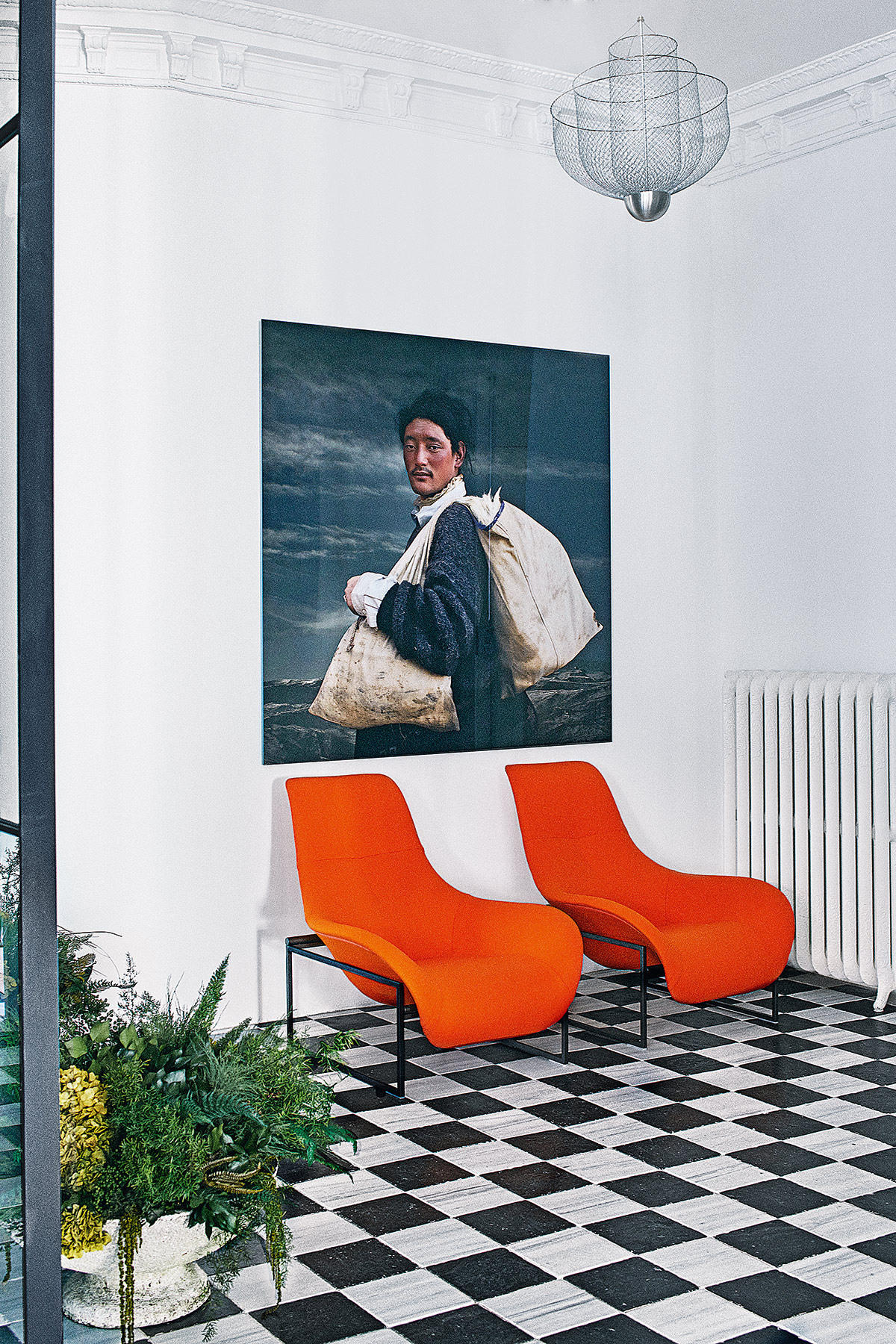 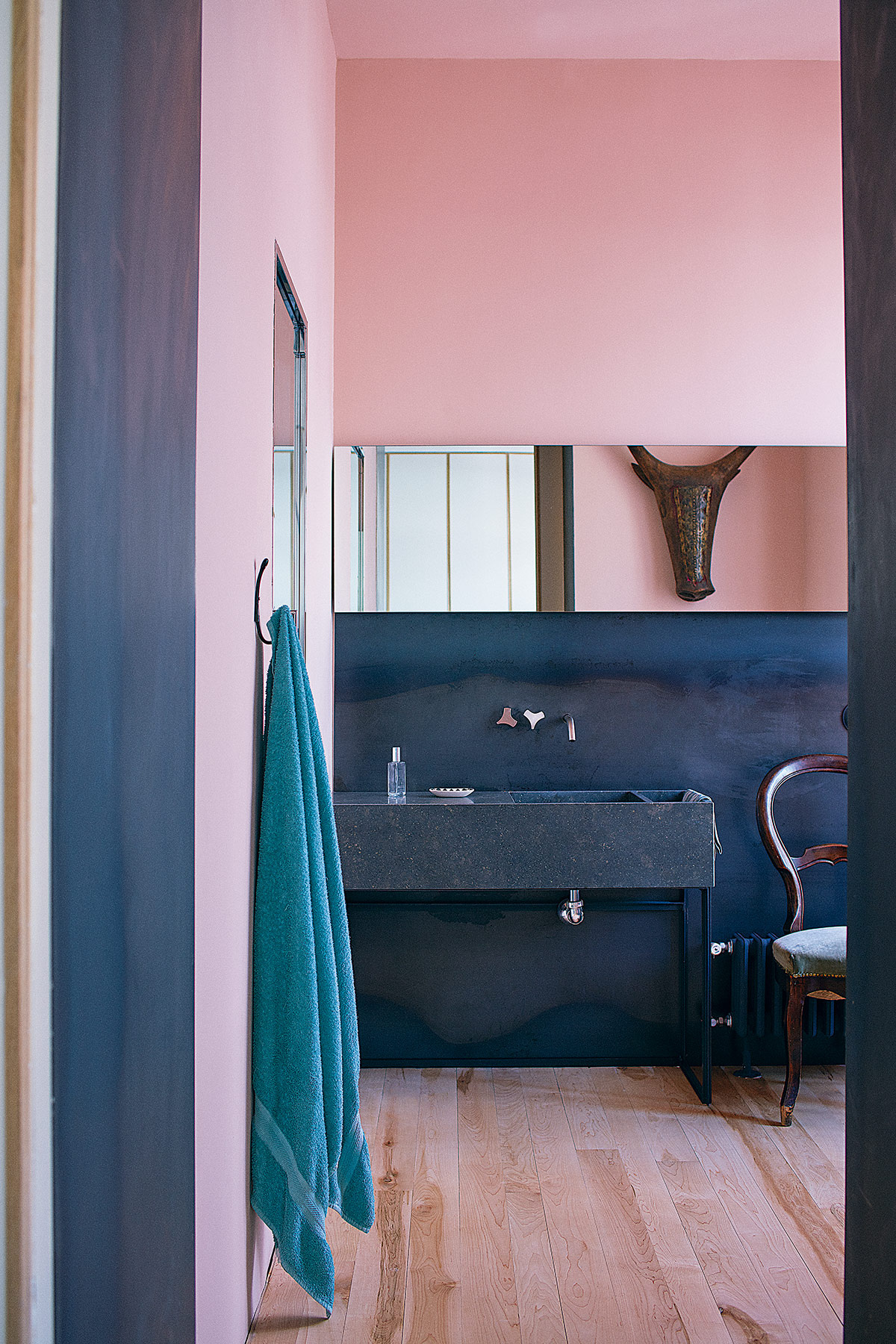 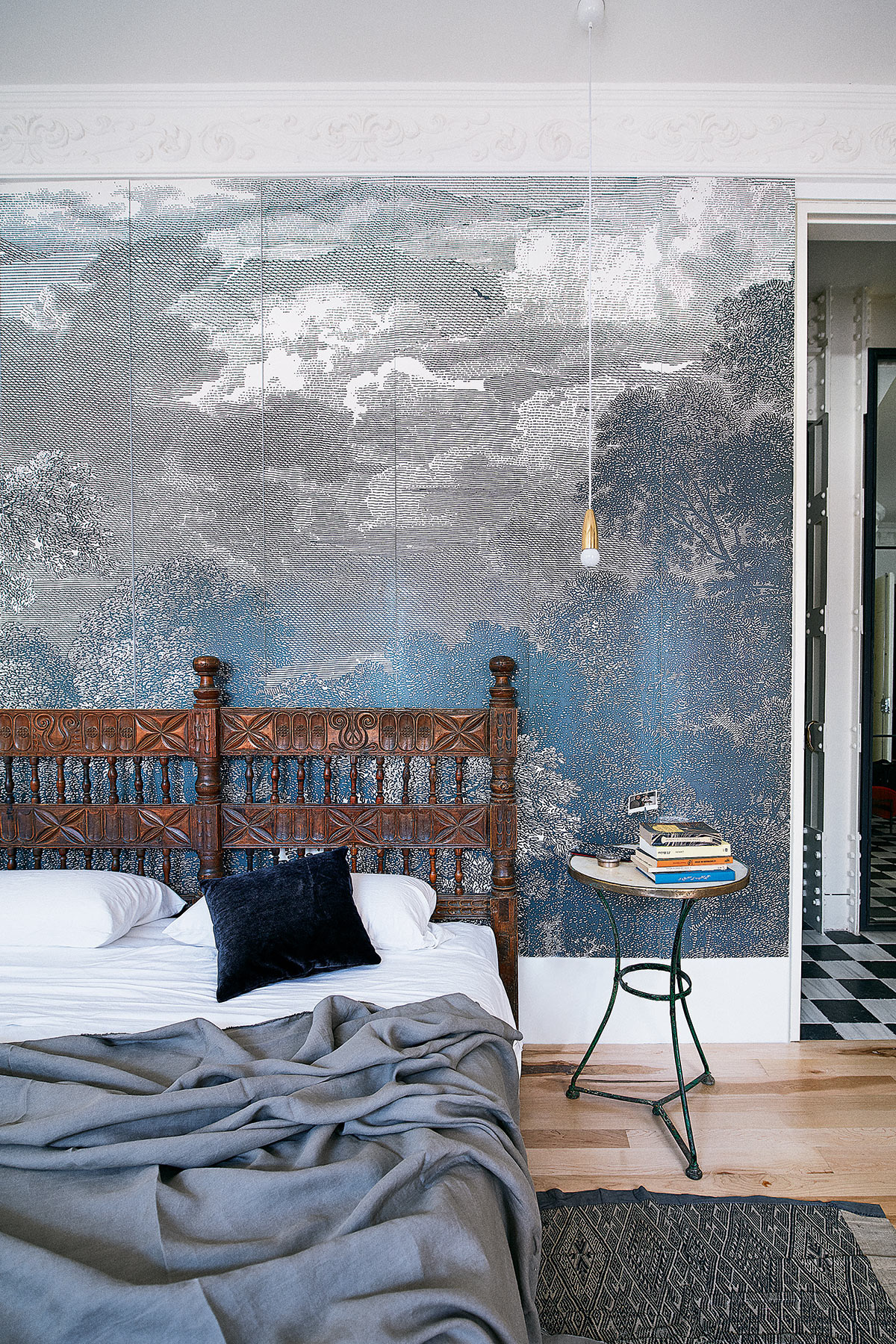 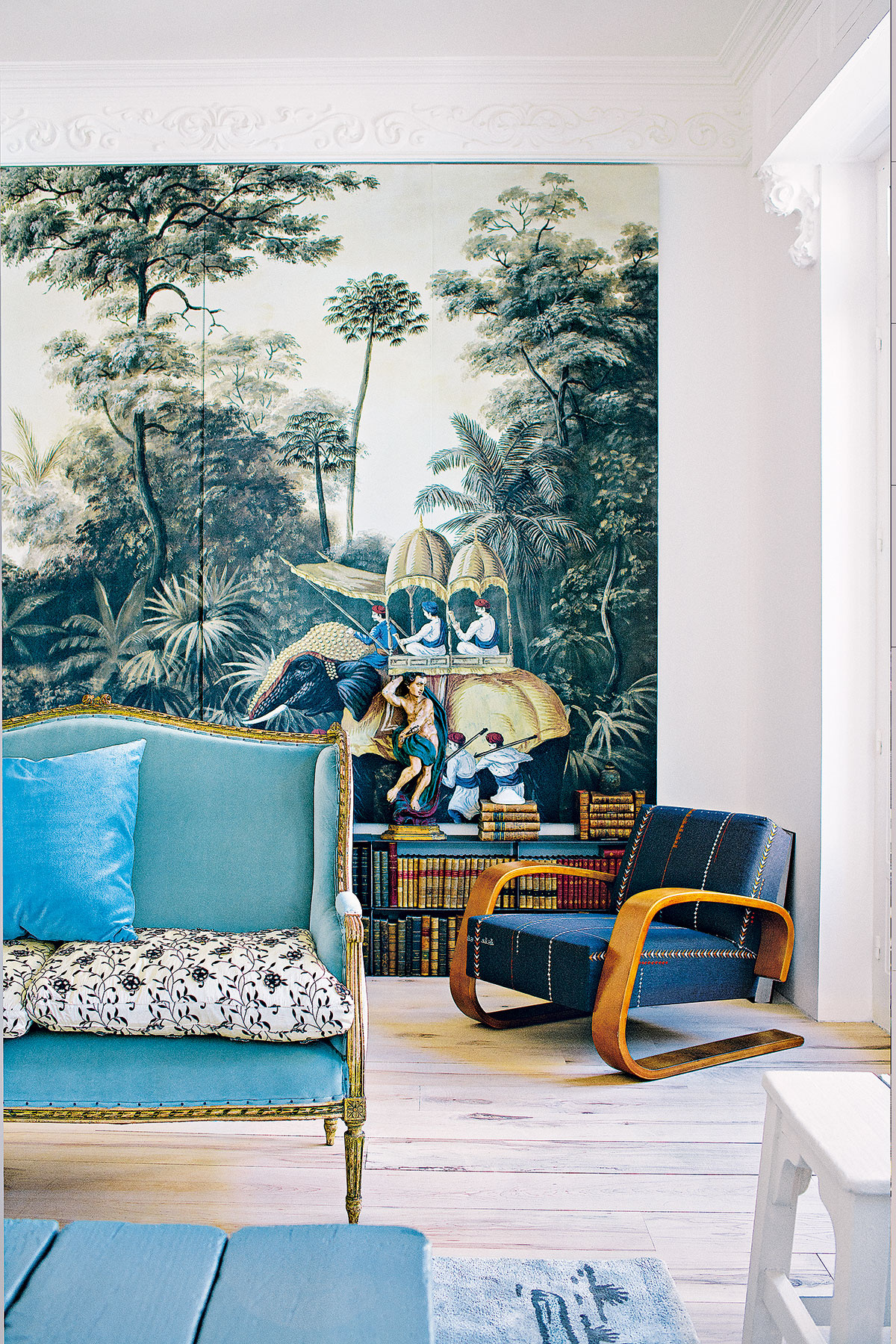 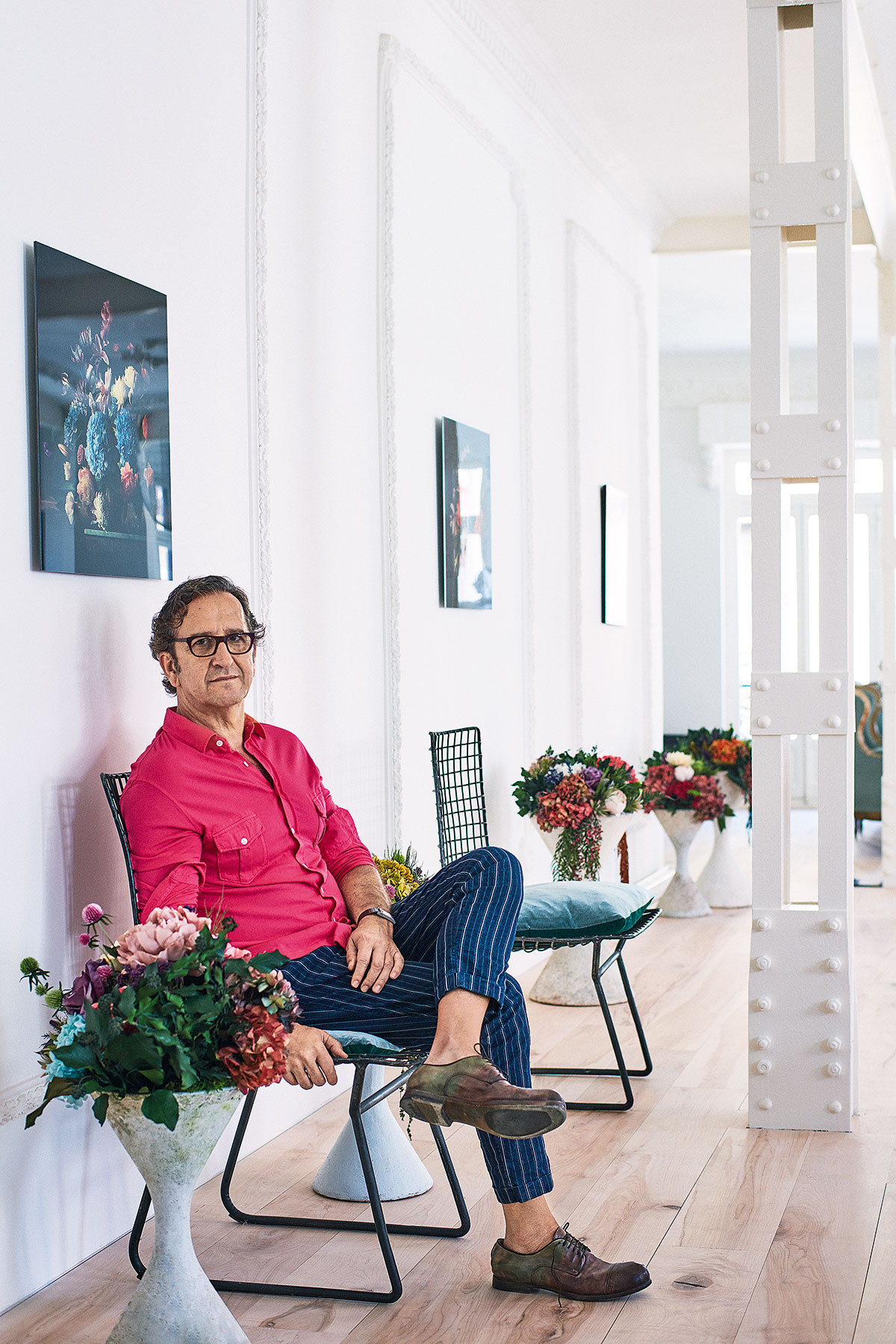 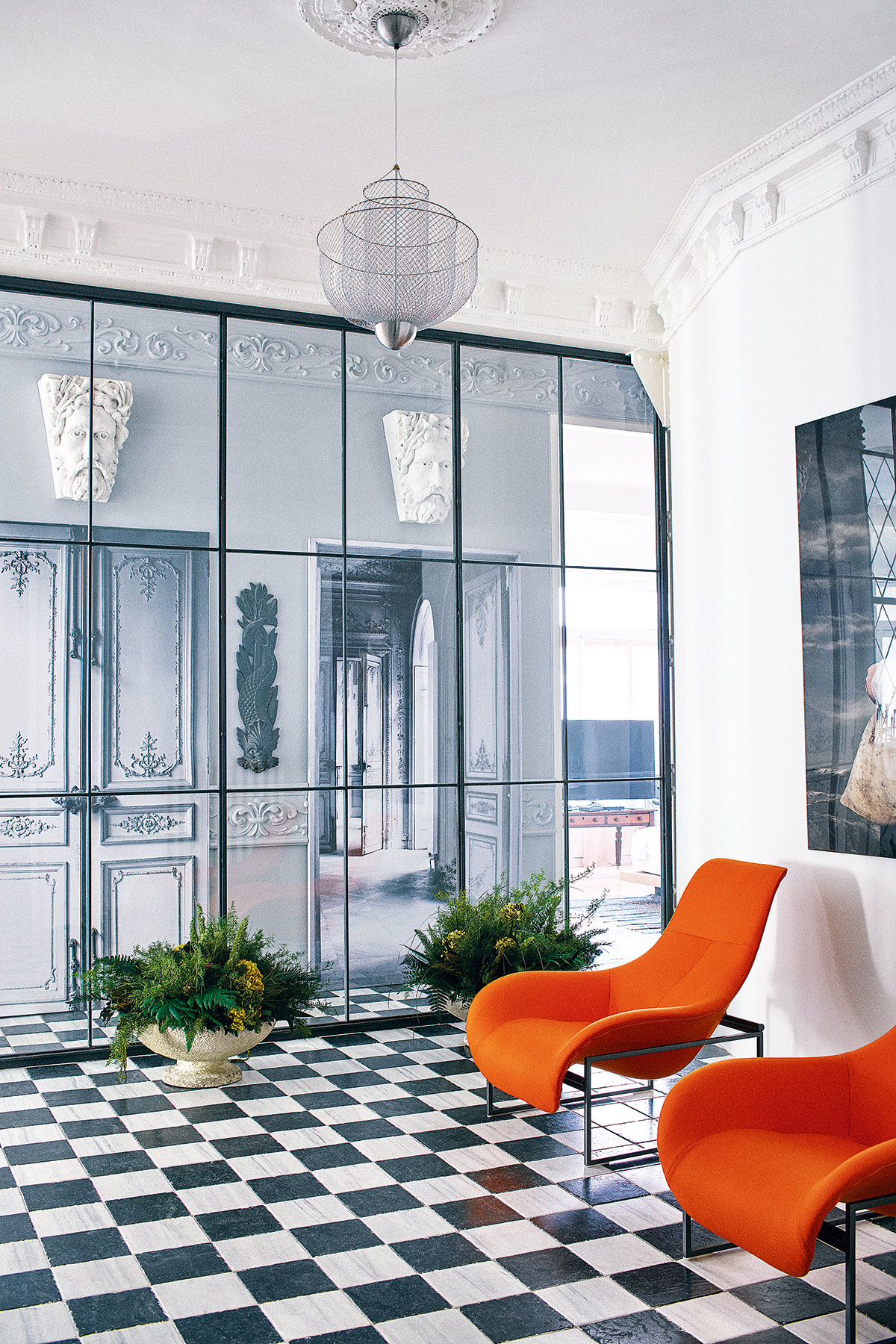 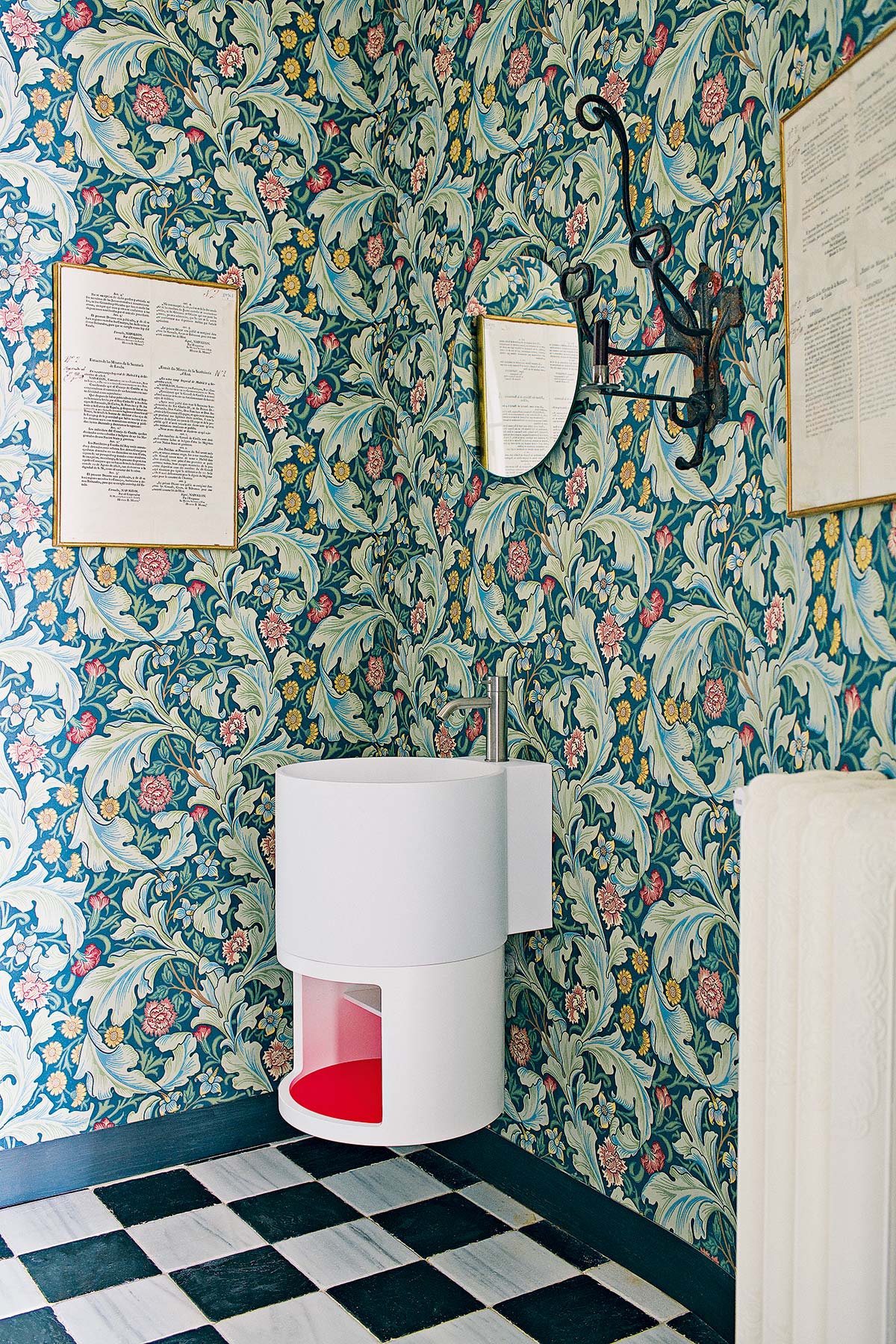 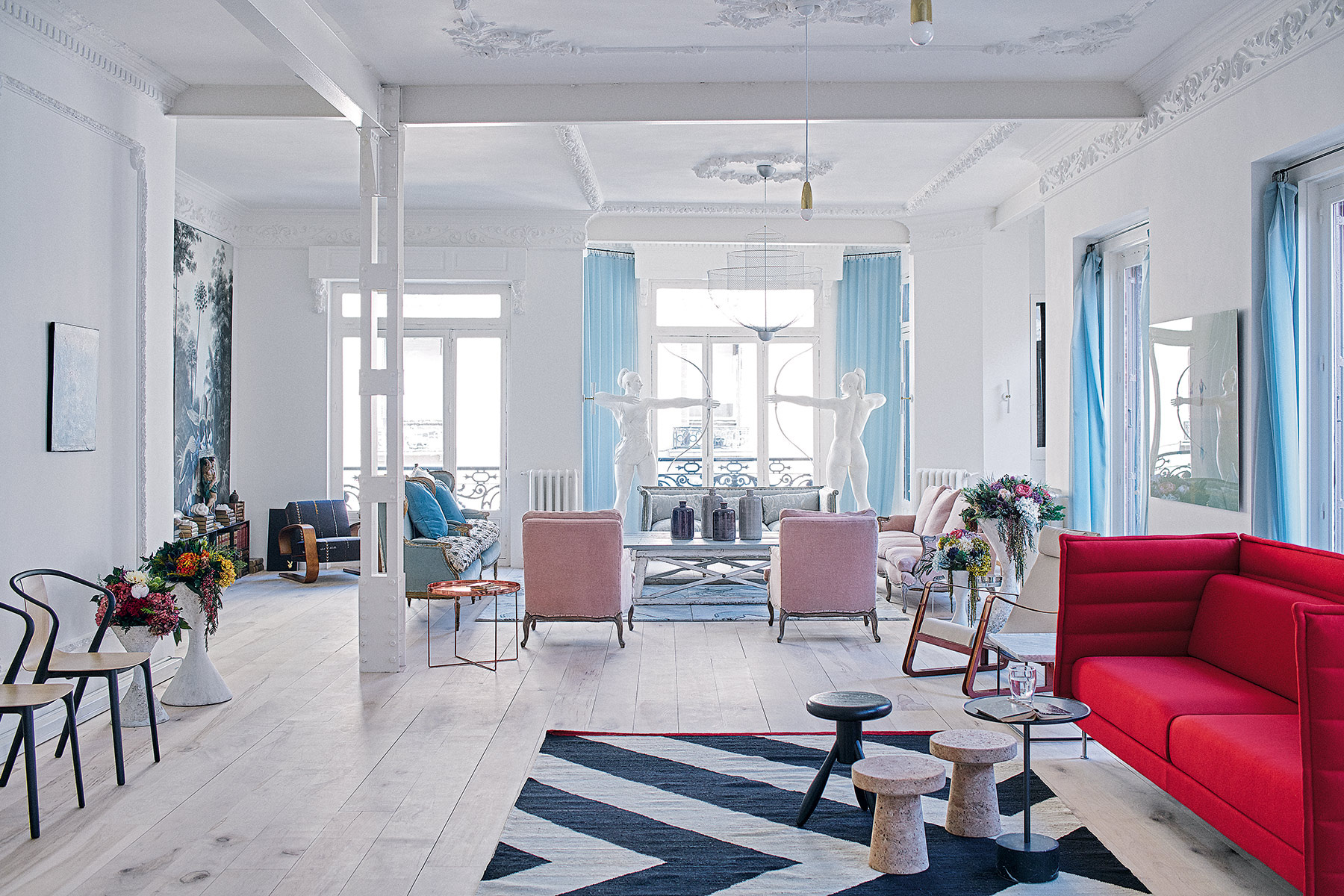 When he entered the apartment he found what he feared, the typical distribution of the bourgeois houses of the early twentieth century that he knows so well: 240 square meters extremely compartmentalized in a myriad of rooms, bedrooms, a couple of bathrooms and the small kitchen with its area of service. This had to be changed and demanded a comprehensive reform. “If things are not practical, at least they are beautiful,” is his motto, and with this he proposed a new division with fewer spaces, that would take better advantage of the dimensions and be more livable. The result is a large room with eleven balconies, which included the kitchen, metal, open and modern, and a dining room designed by Jaime himself, as the entrance window. He only left two bedrooms, one of them en suite, and the other one of guests, also with balconies to the artery of the capital.

Of the original construction he only kept the plaster of the walls and ceiling and the marble floor of the hall. The rest was replaced by Canadian hard maple hardwood. Of his previous house in the neighborhood of Justice brought almost nothing, except the mural Landscape of Arcadia, which bought at ABC Carpet & Home in New York and now decorates his bedroom, or the head of wood and brass of Mali that he acquired in Johannesburg The rest is new and in keeping with its mutant spirit. “I like to discover and change,” he says. All refined and chosen, like the designs of Jean Prouvé, the Bouroullec brothers and Jasper Morrison who live with their favorite pieces, the cement planters of Willy Guhl that he bought from his friend Eugenia de La Europea, and which is full of plants and flowers processed. He looks comfortable here, and for a moment we almost think he will be his definitive home. Then he goes to the window and starts looking at other buildings … The machinery has started up again.