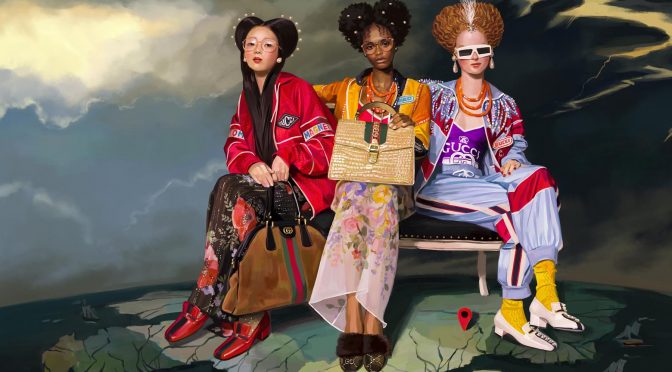 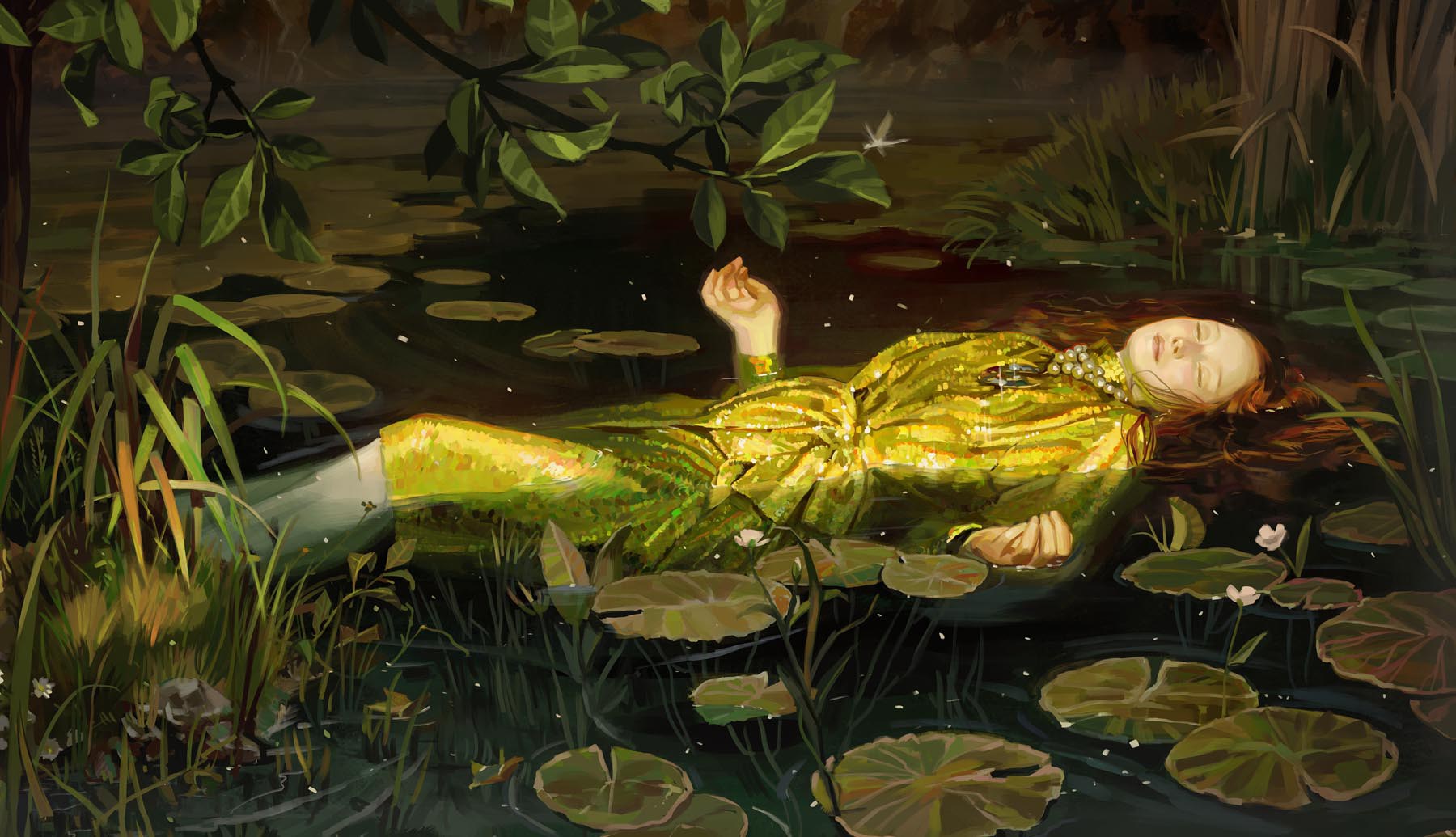 Utopia, the imaginary land where all is perfect and ideal, is considered to be an attainable fantasy depending on whom you speak to. For instance, a pessimist probably envisions dystopian future that is built on top of a failed utopia, or utopian land where inhabitants’ freedoms are traded for a false sense of security and happiness. 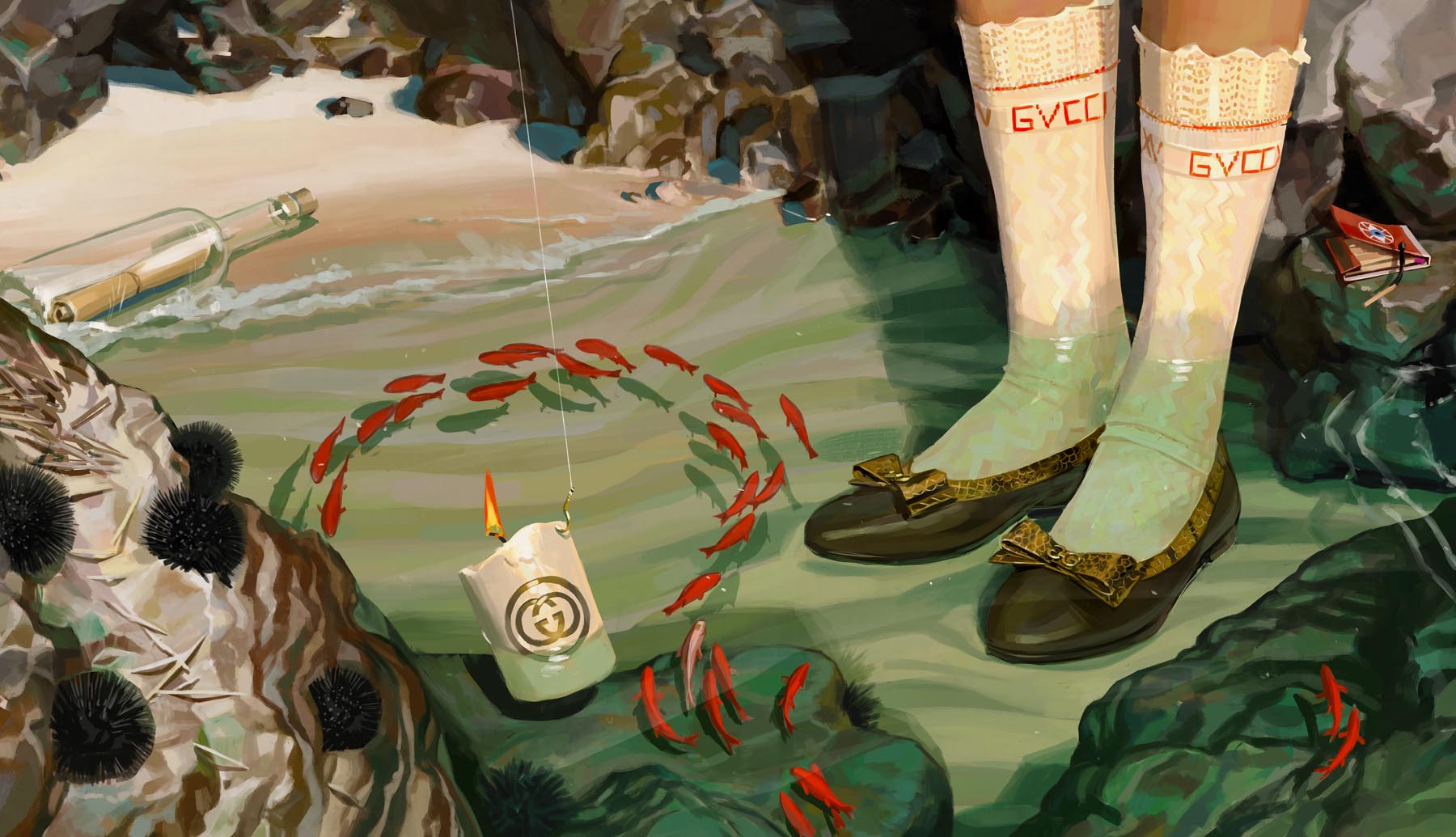 Gucci has a fantasy of a utopia, and it’s includes the evolution of human abilities and appearance, the marriage of past and present architecture, design, and fashion, and of course, Gucci handbags and ready-to-wear. The Italian fashion house for Spring 2018 tapped Spanish artist and illustrator Ignasi Monreal to create a surreal world to showcase the new collection.

Ignasi, who partnered with Gucci for many projects including the recent 2017 Gift Giving campaign, created a fantastical sci-fi world, where men in golden medieval armor ride horseback while carrying a Gucci tote and reading from their smartphones, men rest at their laptops as angels deliver messages on Post-It notes and mermaids rest ashore on their cell phones in decadent jewelry and fine dresses. 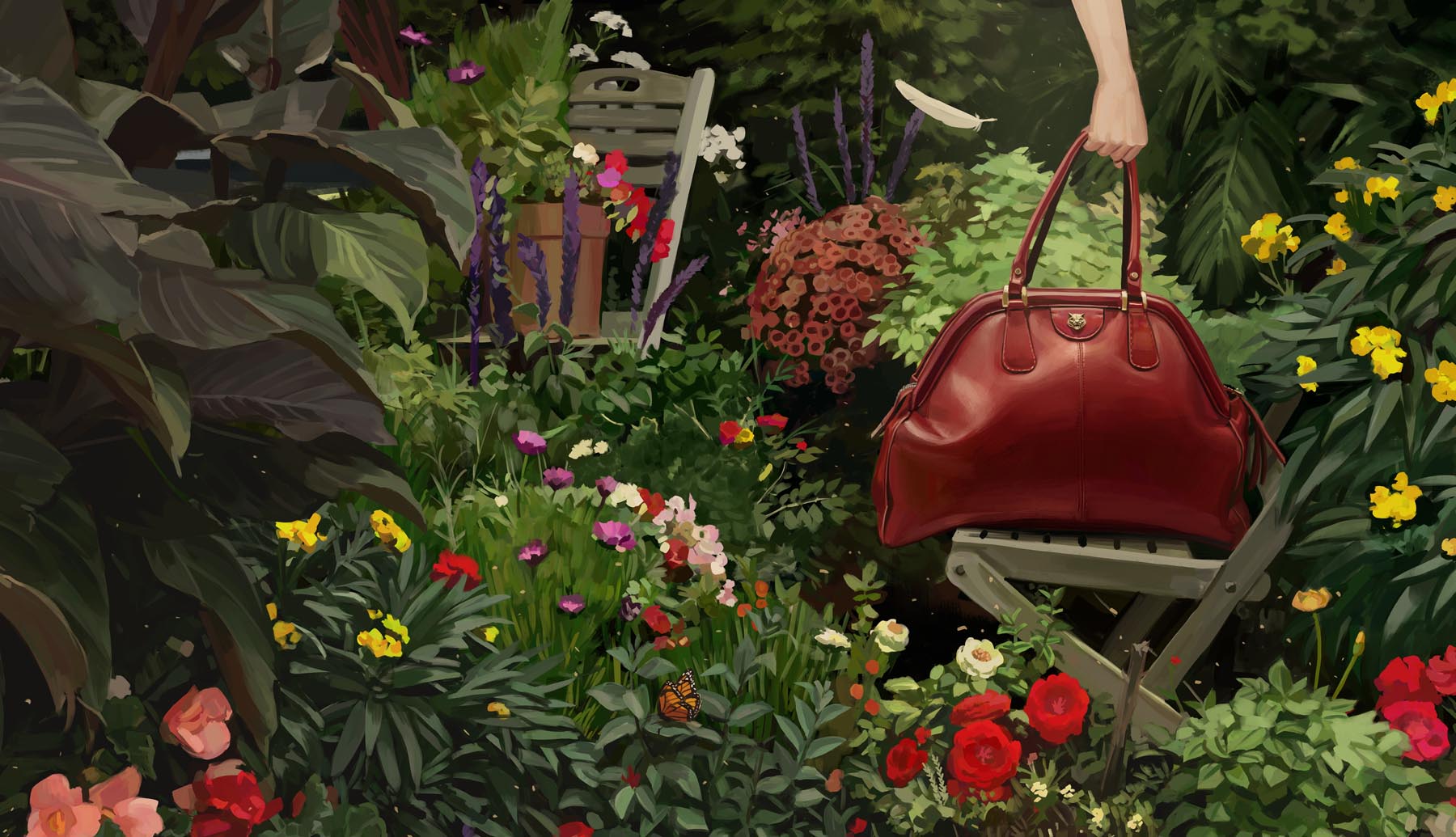 This world focuses on the earth, sea and sky, with the earth represented by a woman lying in fresh swamp water and resting a handbag on a chair in a garden, the sea represented by a candle floating in water on a fishing line and mermaids visiting a napping sailor, and the sky represented by women sitting on Earth and hovering above the clouds and fishing with airplanes.

The campaign also references the story of Snow White, featuring a young man approaching a young woman in a Snow White sweater sleeping next to a bitten apple. 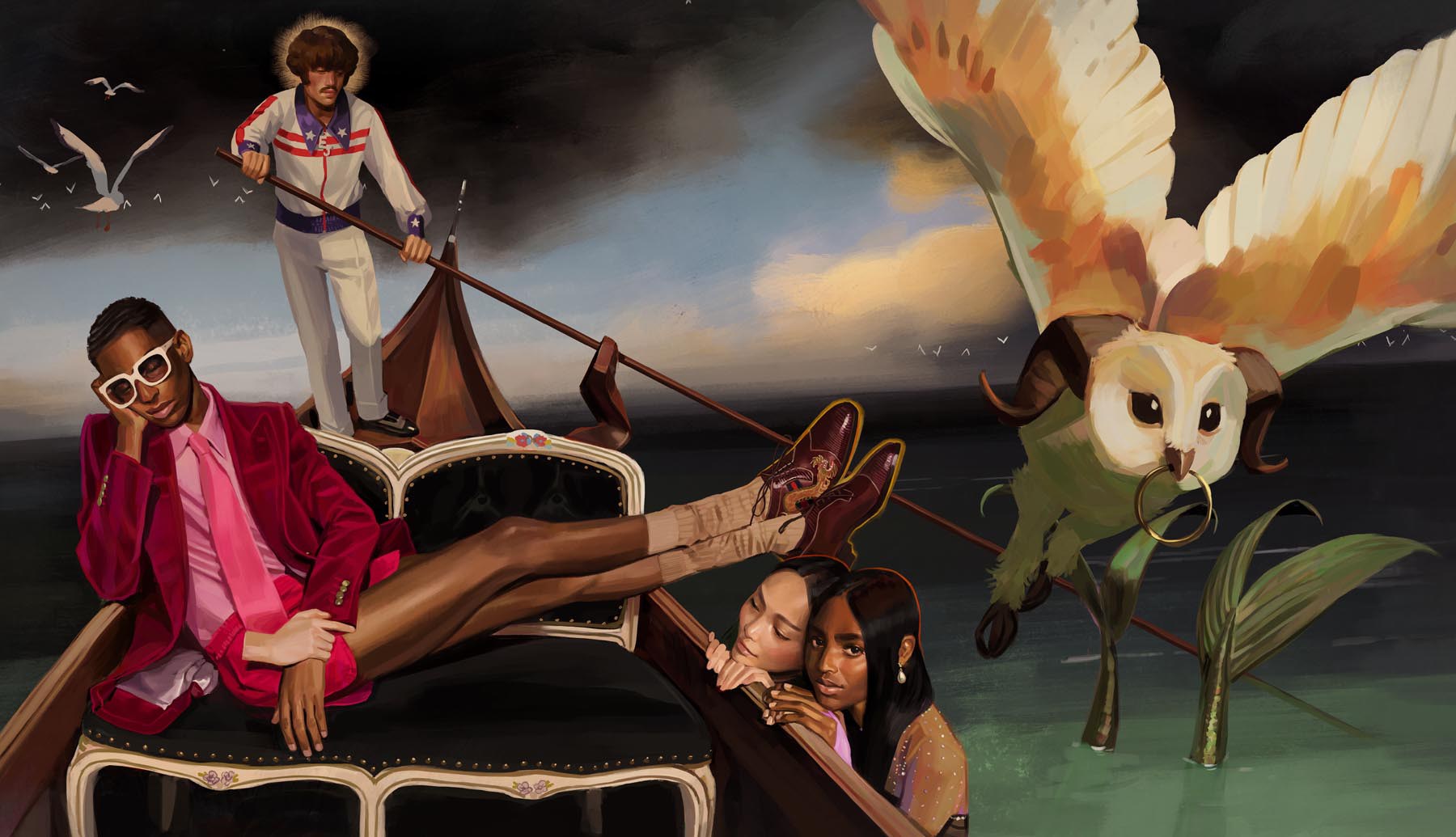 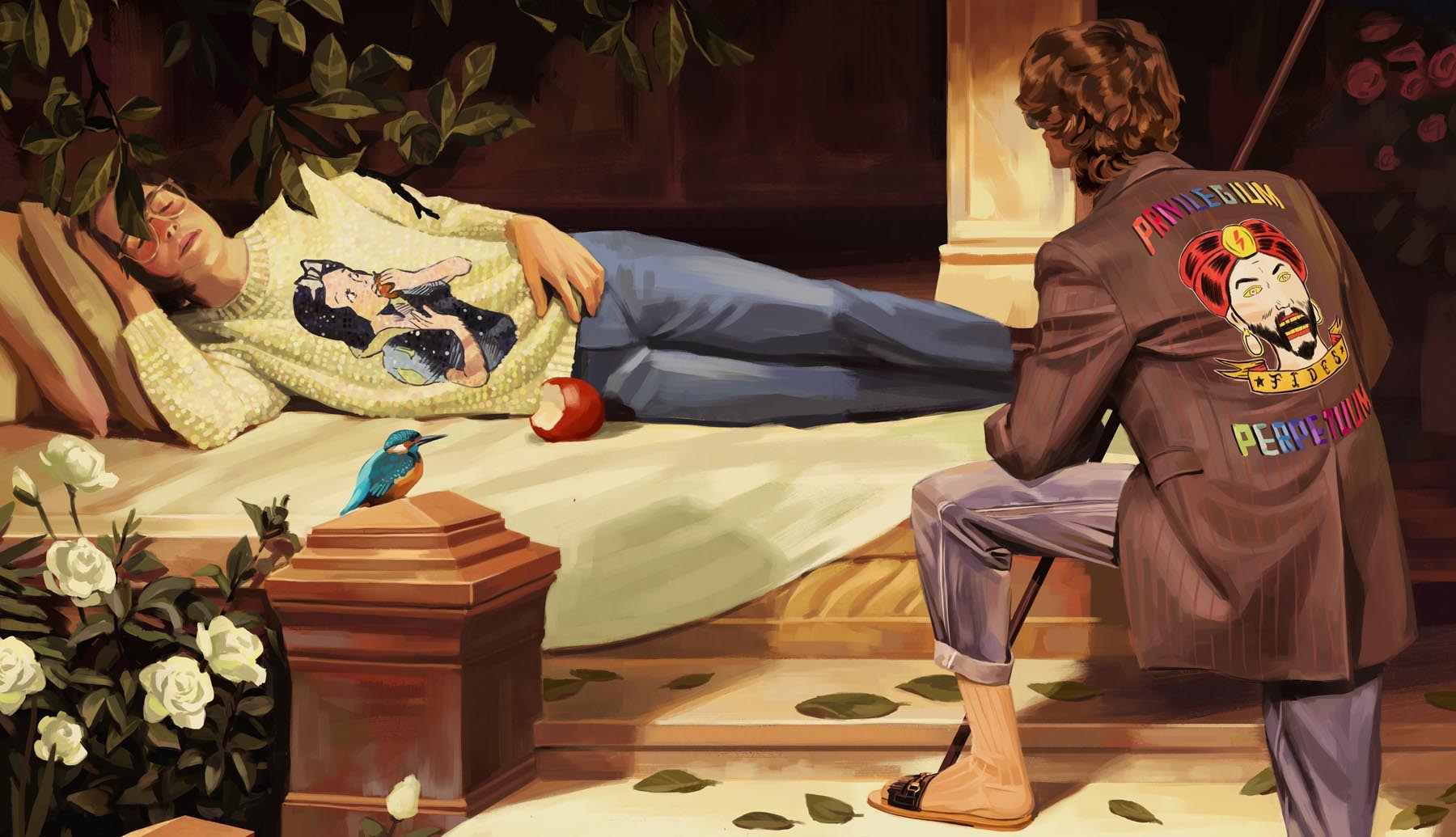 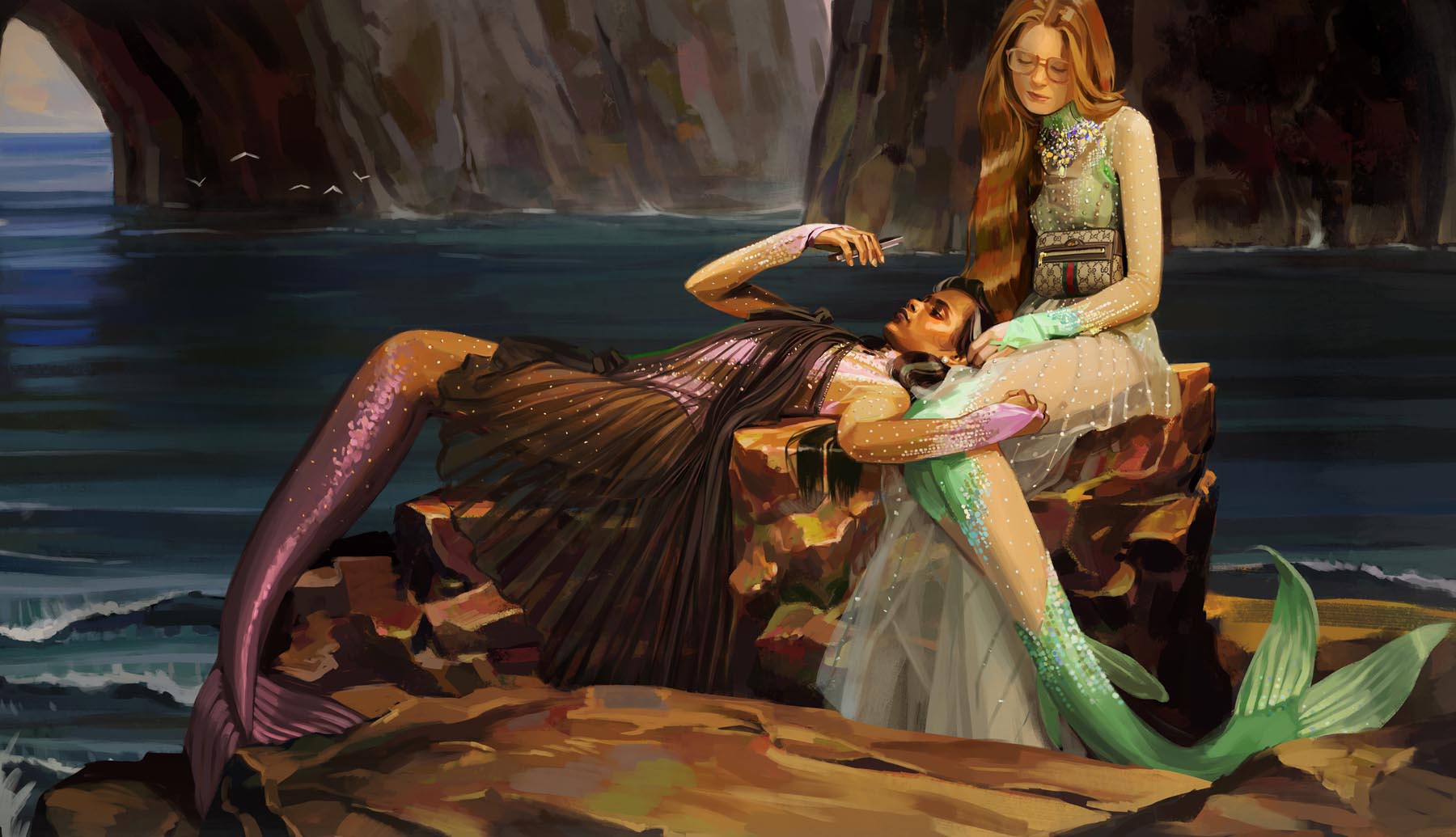 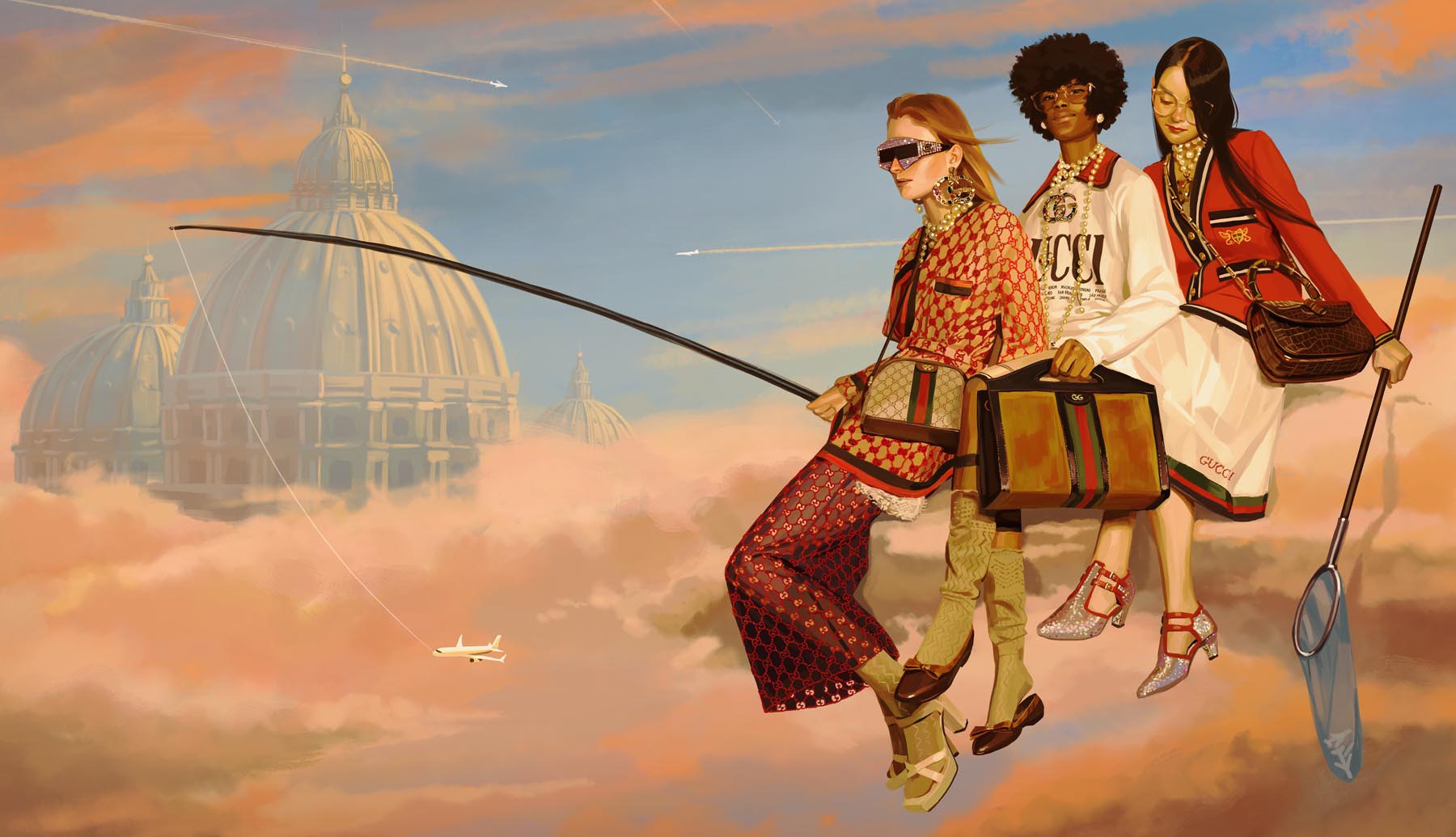 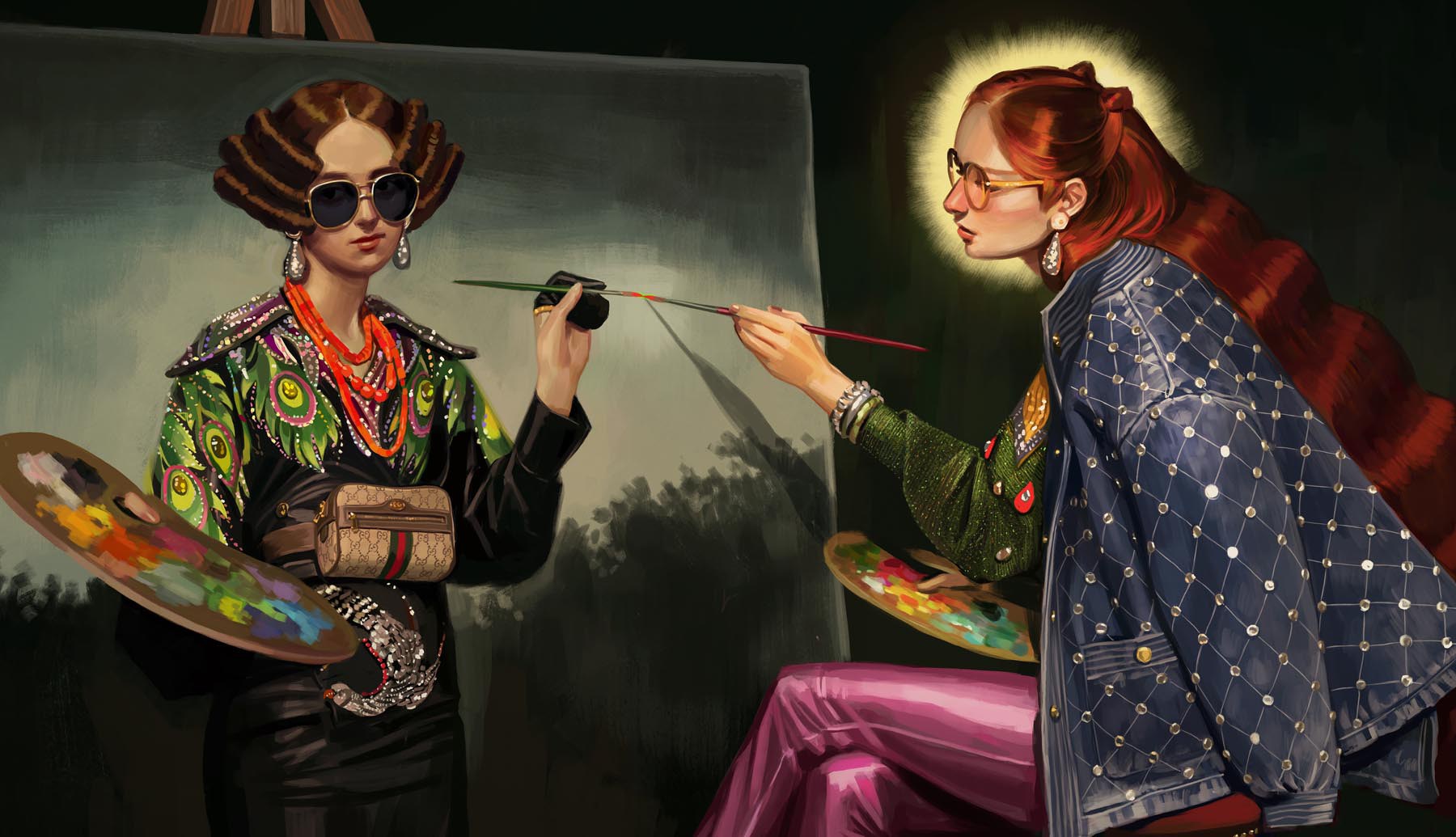 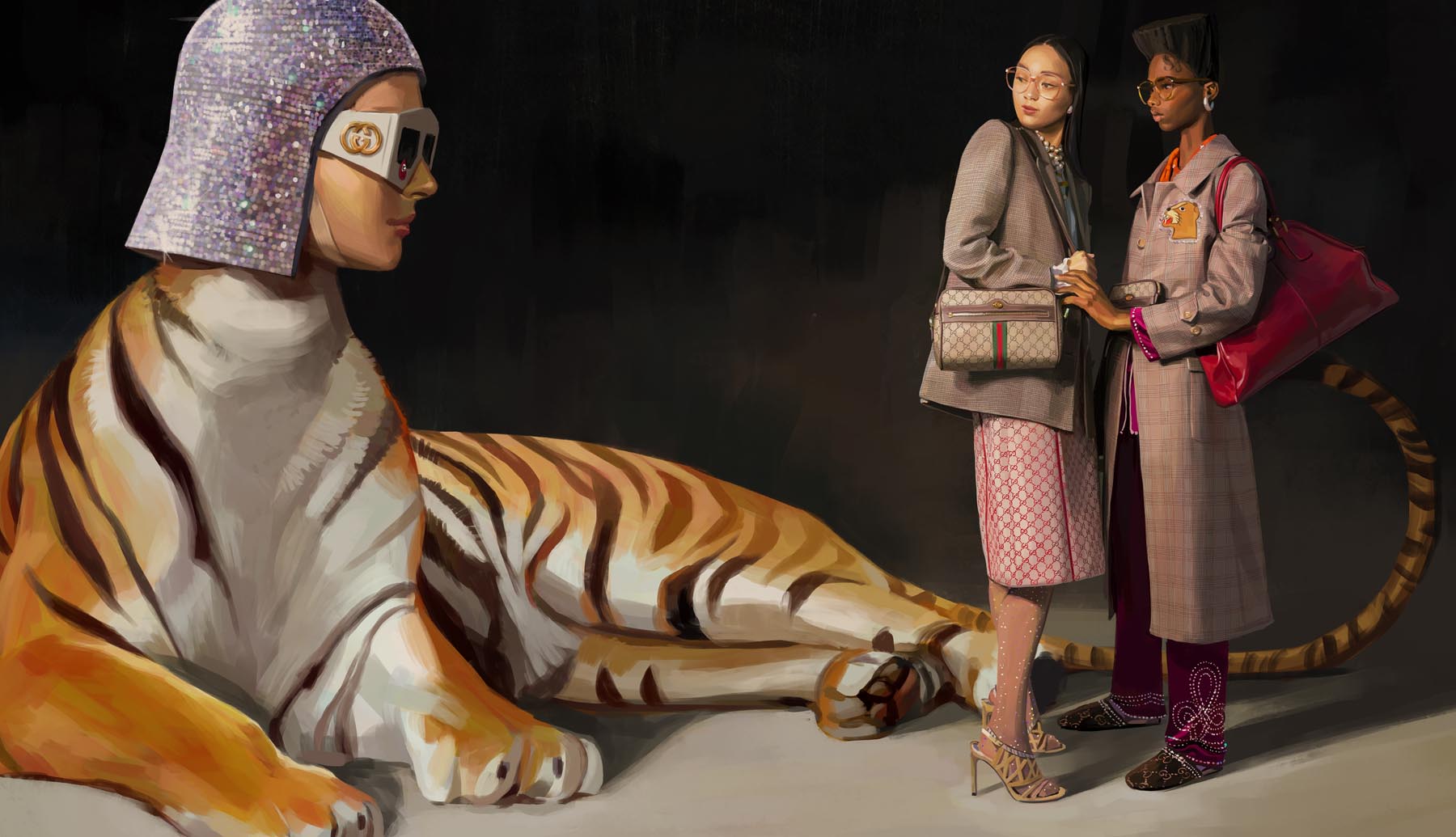 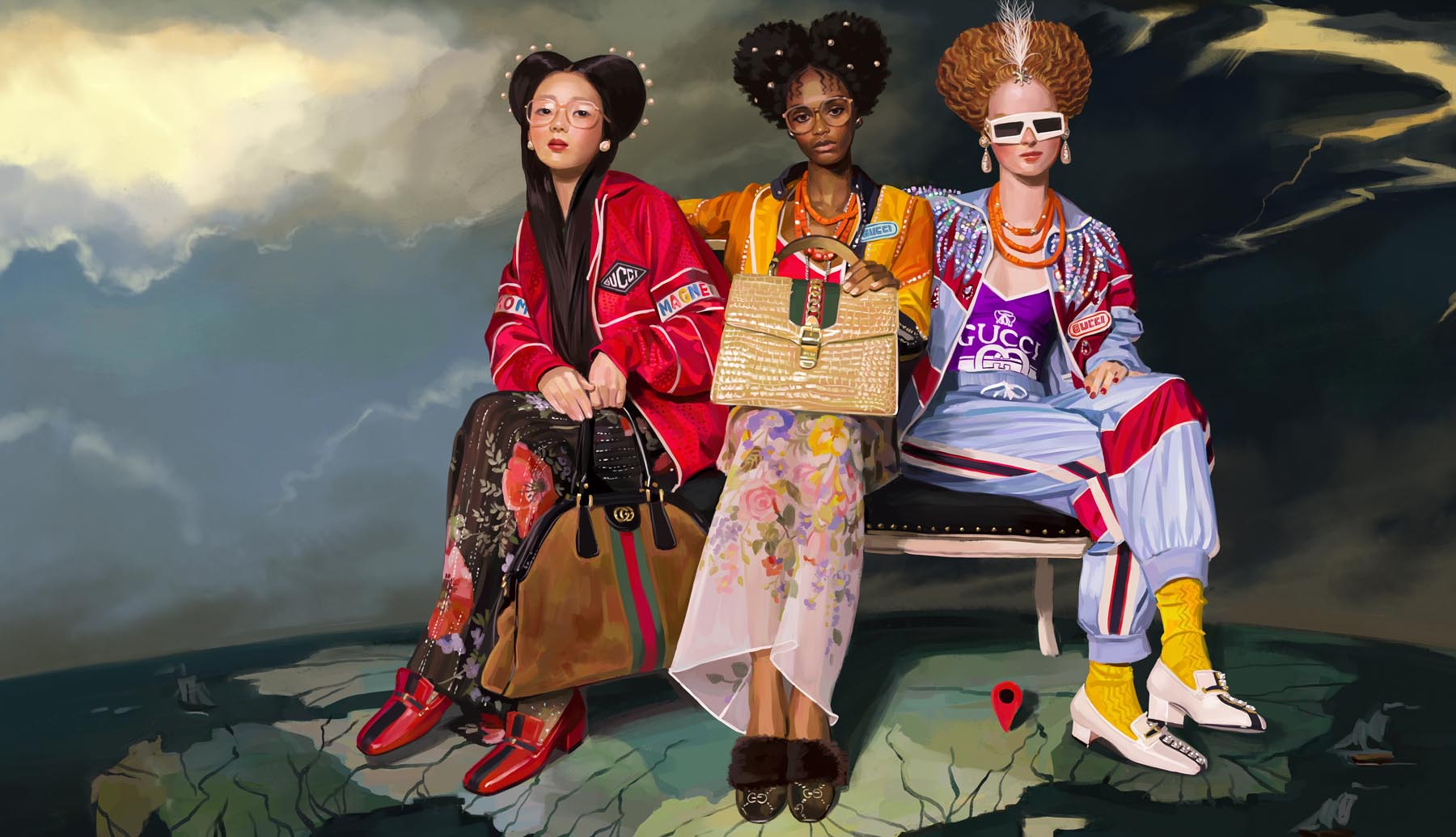 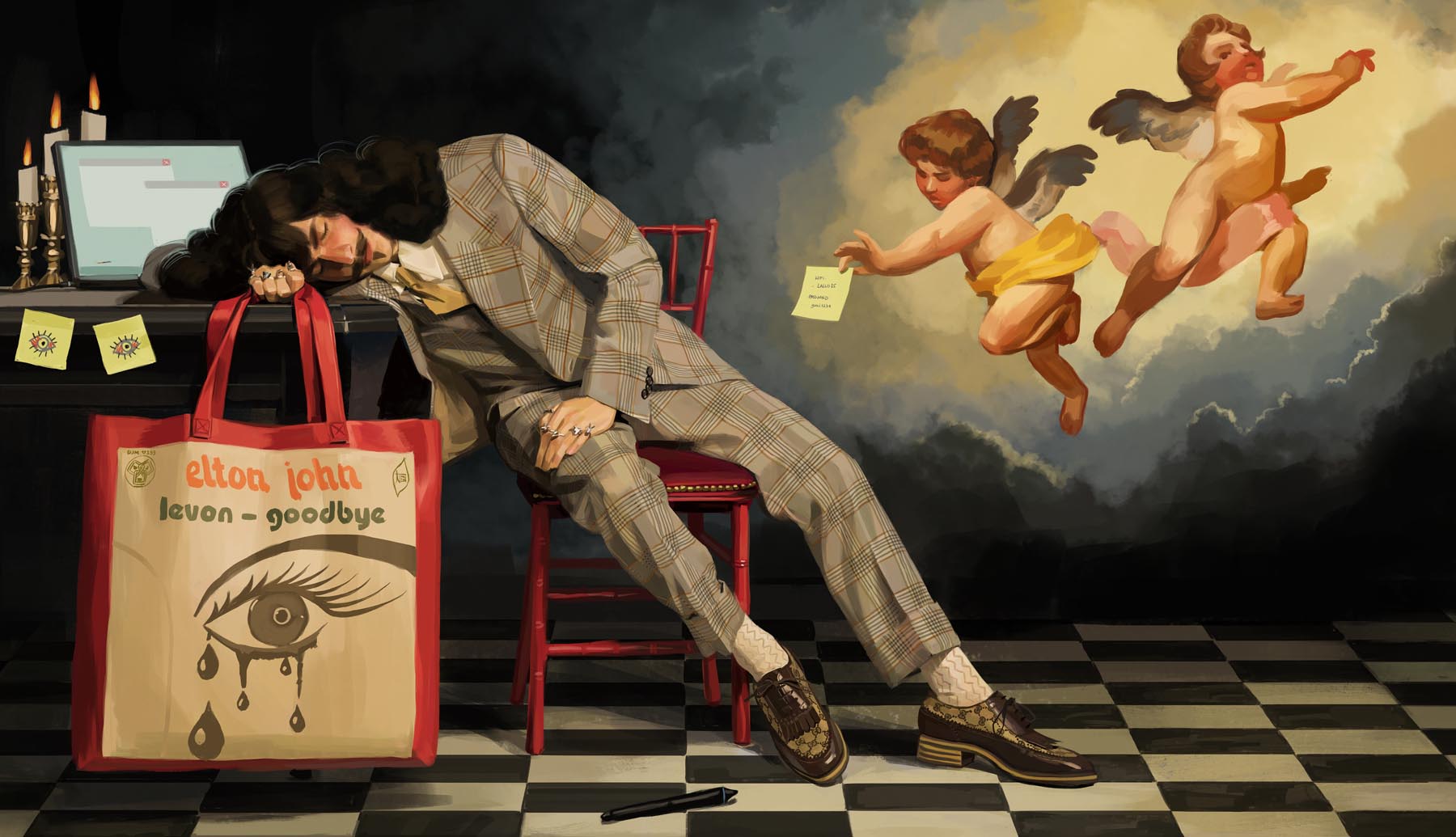 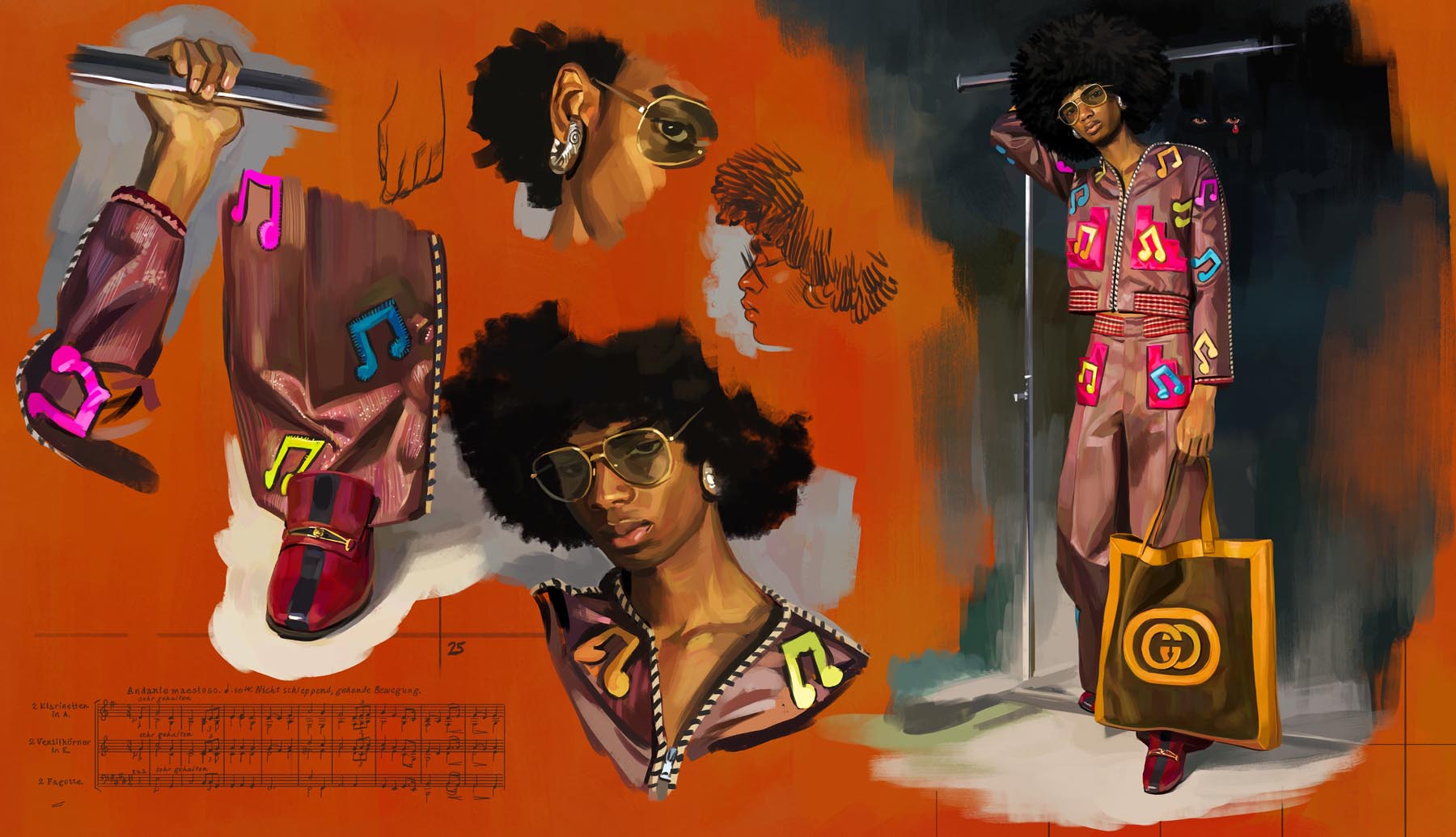 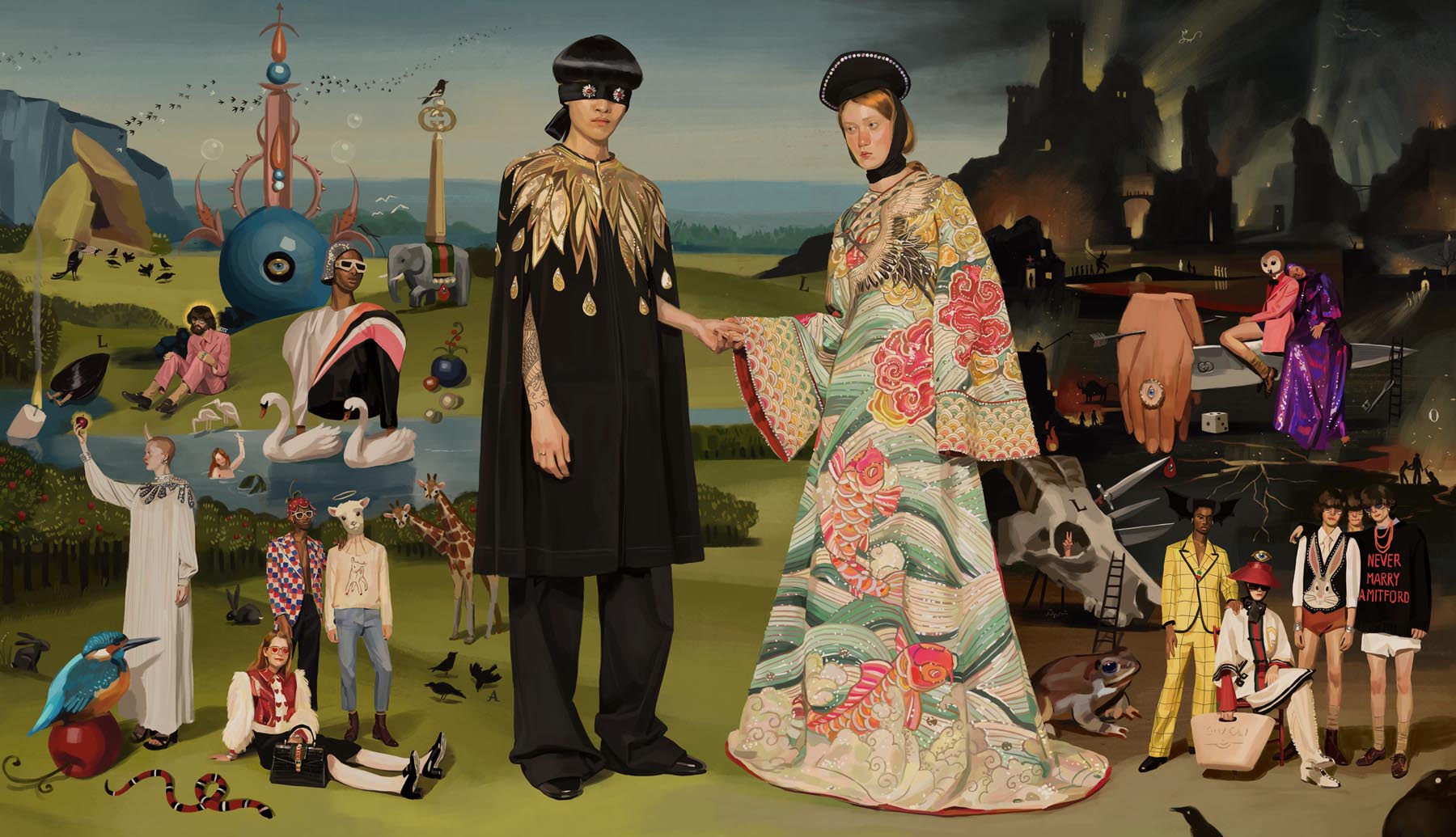 Much of the campaign appears attainable, but so much is unfathomable, at least for 2017. Surely, if a world where mermaids, two-headed giraffes and elephants painted with red and green stripes is to exist, Gucci will be there.