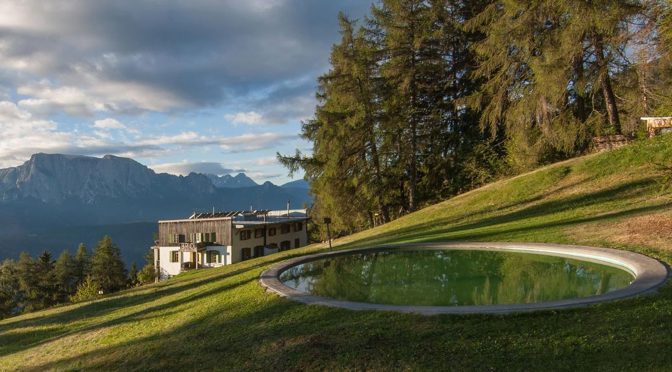 We should not talk too much about them because we want them to remain unique, but by 2013 Debbie Pappyn published Remote Places to Stay on vacation and we could not help reading it. 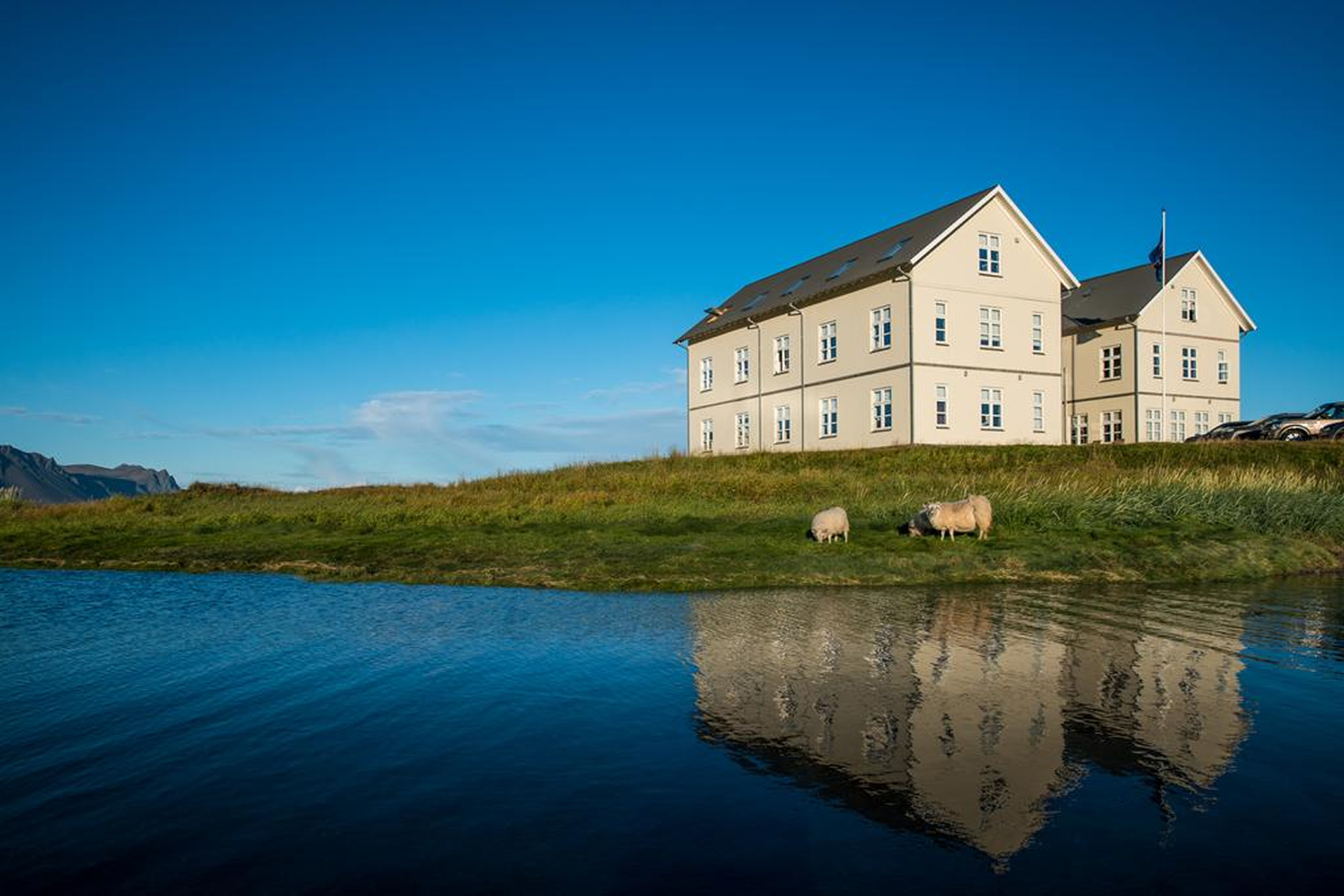 Hotel Budir (Iceland): Hotel Budir is situated in a lava field at the westernmost tip of the Snaefellsnes peninsula in western Iceland. From Reykjavik it takes a two hour drive. The rooms are elegant but without great ostentations. There you will enjoy nature: from the views of the Atlantic coast, the Snæfellsjökull volcano and the glacier found in a protected nature reserve, or the boreal authors. You can explore caves, go horseback riding or climb on the ice. Many even choose this place to get married. Just in front of the hotel there is a black church. 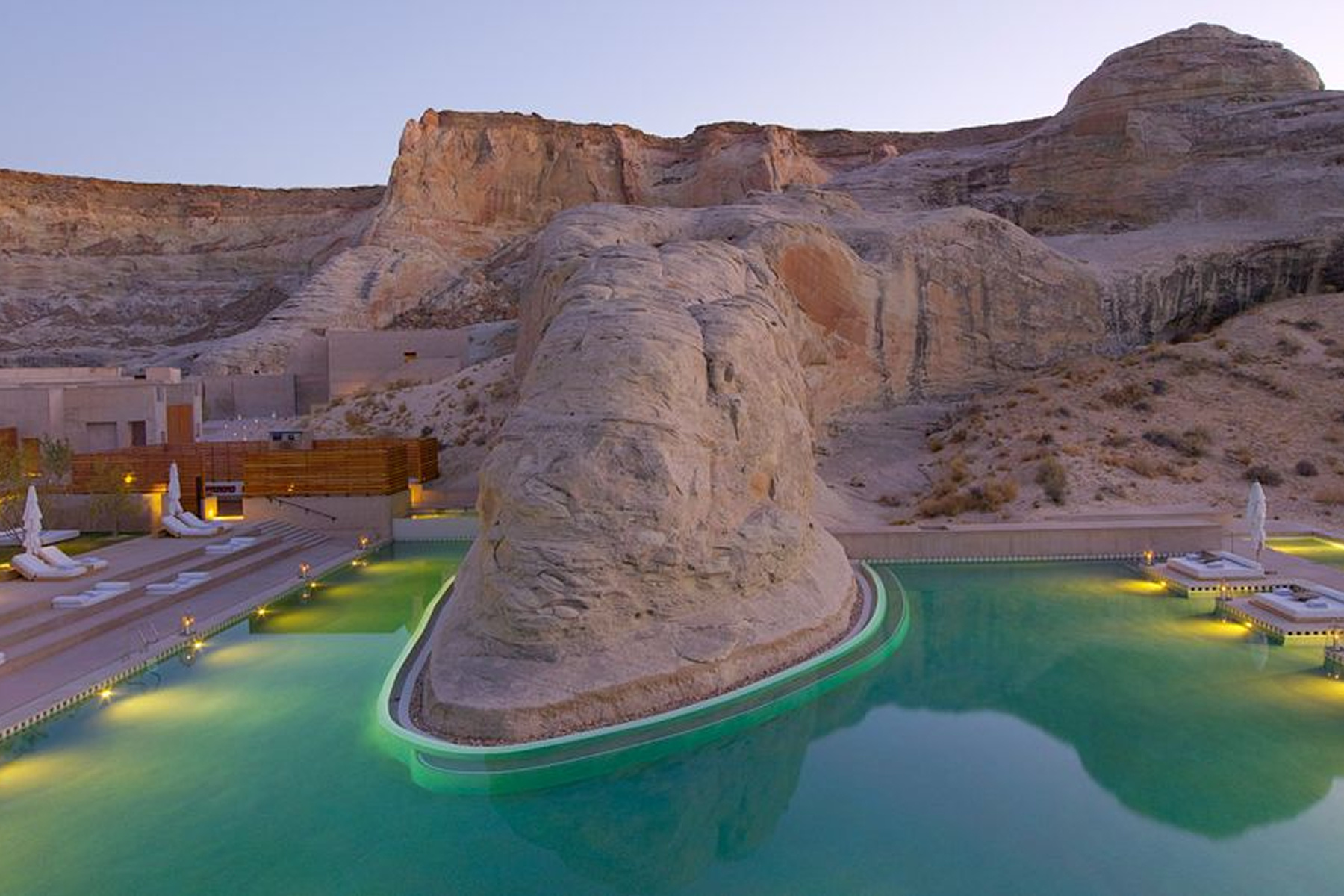 Amangiri (Utah, United States): The hotel Amangiri is perfectly mimicked with the typical landscape of the western movies. Located within the Great Point Canyon in southern Utah, nature gives you dazzling sunrises and sunsets every day and at night you see the stars in all their splendor. One of the most special parts of the hotel is its swimming pool, also in communion with the geography. So much so, that part of the cannon gets into it. No one can go there without visiting the Grand Staircase-Escalante reserve, very close to the valley. Wherever you go you want to take pictures … of film! 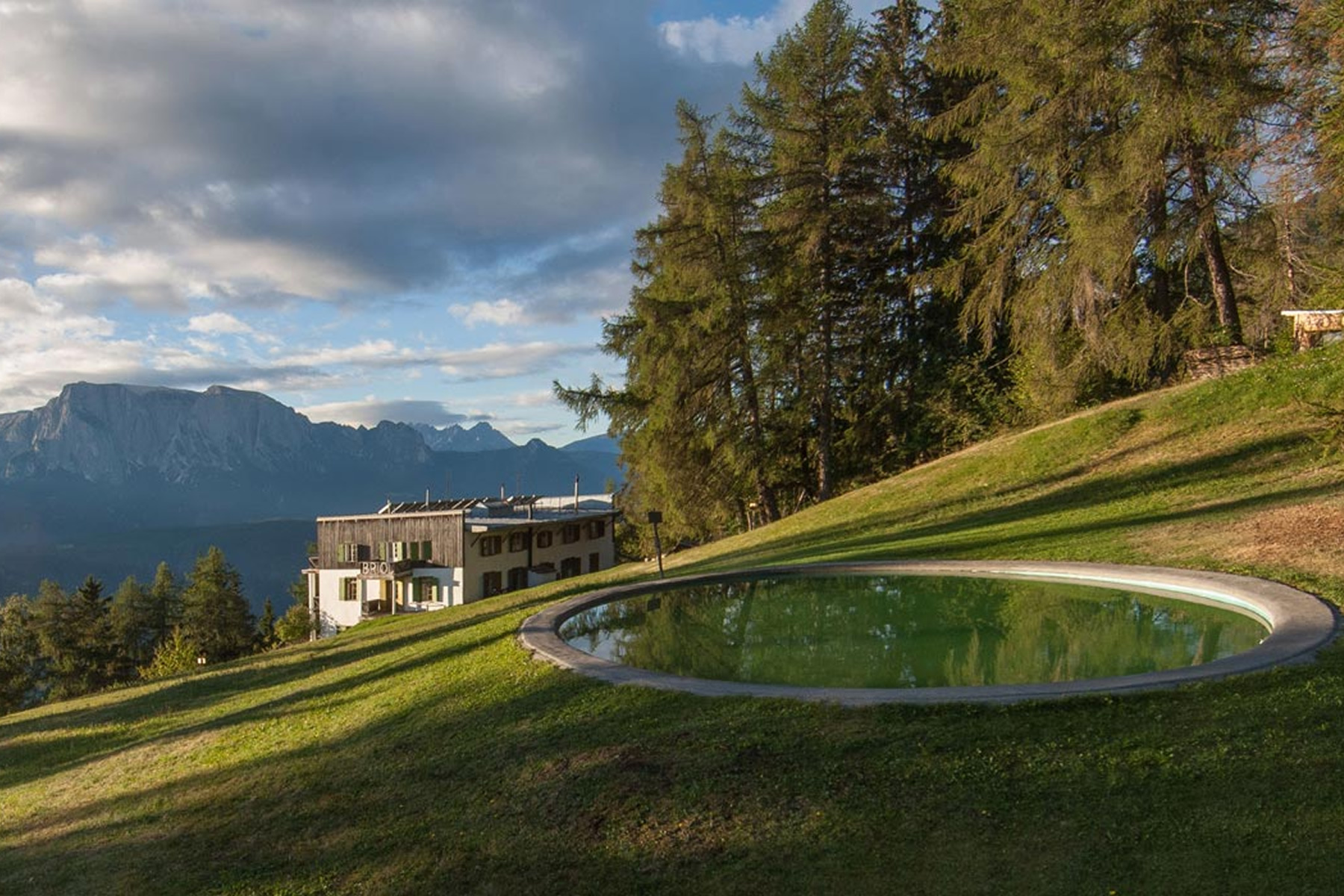 Pension Briol (Italy): The Briol pension can only be reached by foot or by taxi. The weather seems to be standing here at 1,310 meters above sea level. In 1928, this guest house was redesigned in the Bauhaus style by the artist Hubert Lanzinger. The result is a cubic structure with a flat roof and a wooden terrace overlooking the valley. Solar top plates are one of the few changes you have experienced during all these years. What you will find here is authenticity: instead of heating there is a service of hot water bottles, instead of television, you will enjoy fabulous views of the Dolomites and you will not see hot tubs but the first public swimming pool in South Tyrol. 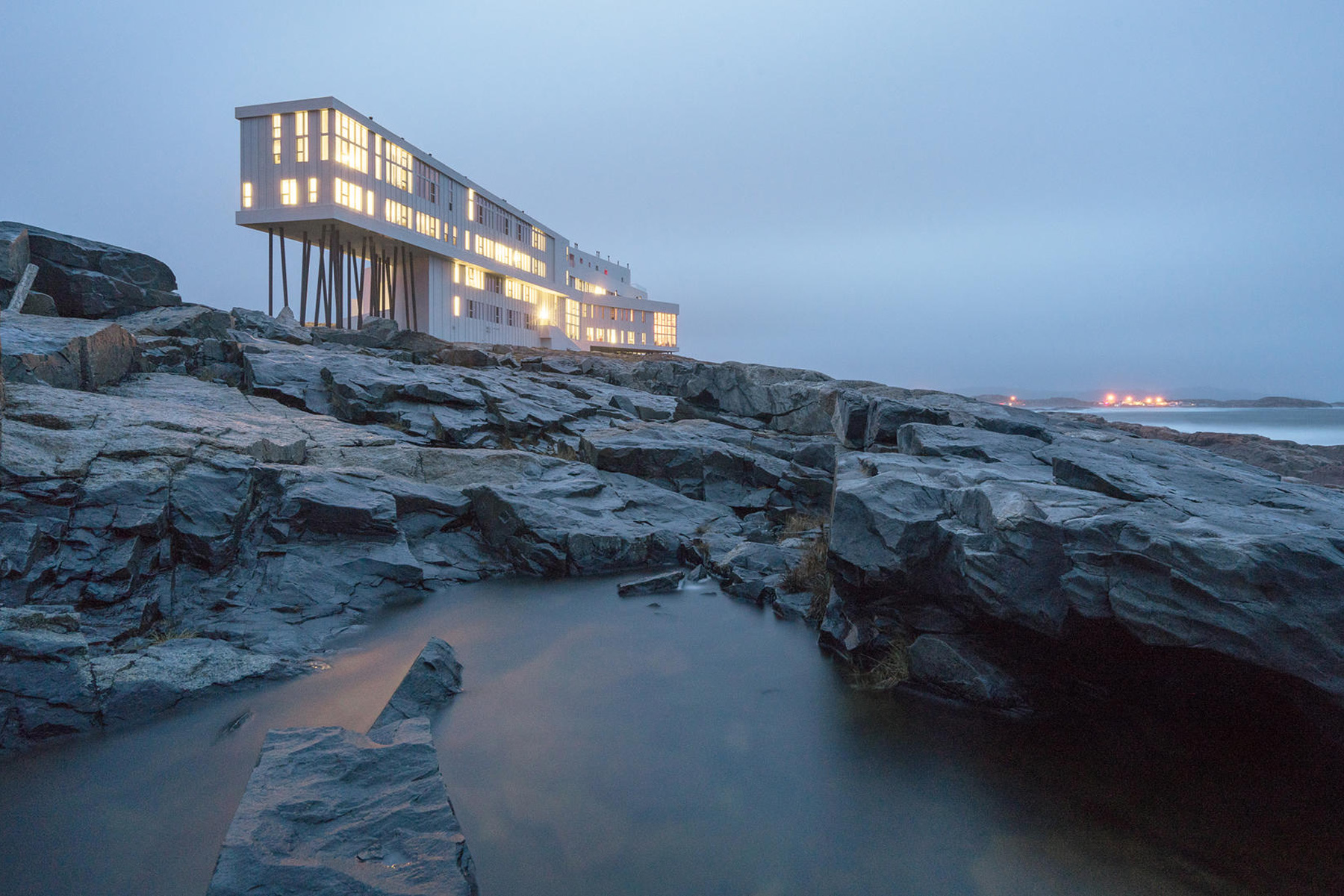 Fire island inn (Canada): The island of Fogo has a geological history of 420 million years. The contortions of its rocks are formed by ice, fire and erosion of the Atlantic. There they say they do not have four seasons during the year but seven: hot summers, snowy winters, a spectacular ice season, a hopeful spring, season of moored boats, the best berries gathering in the world and finally a stormy and emotional autumn. In the forests of the island there are flocks of caribou, beaver, fox, moss, grass and all kinds of wild flowers. During spring it is not difficult to see whales and icebergs on its shores. A unique place to get lost at any time of the year. 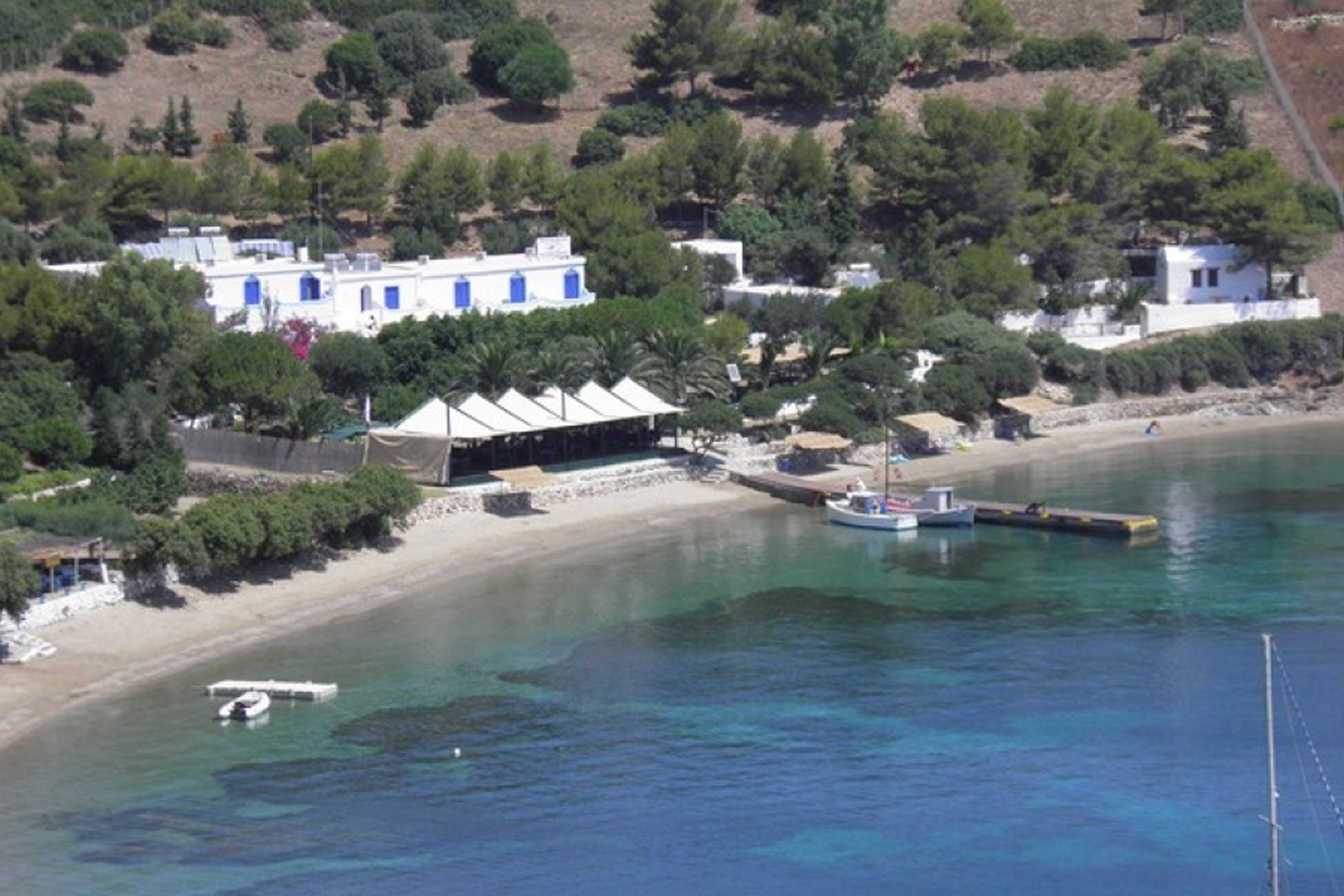 Pantelis Marathi (Greece): Marathi is a small island of 355 square kilometers east of Patmos. When, in 1977, the Emilianos family arrived on this rocky island there were no trees, no water, no electricity. With a lot of work, personal effort and love for the place, Pantelis, Katina and their two children Manolis and Toula created a small green oasis for a few visitors from all over the world, who stay in their 10 room hotel or go to dinner in Its restaurant during the summer months. Currently, there is only one sandy beach on the island and there are no roads, no cars, no shops. What you hear is the sound of the sea and the goat bells. The products with which they cook traditional Greek dishes are from the surrounding islands and others, such as bread or jams, are prepared by Katina herself. 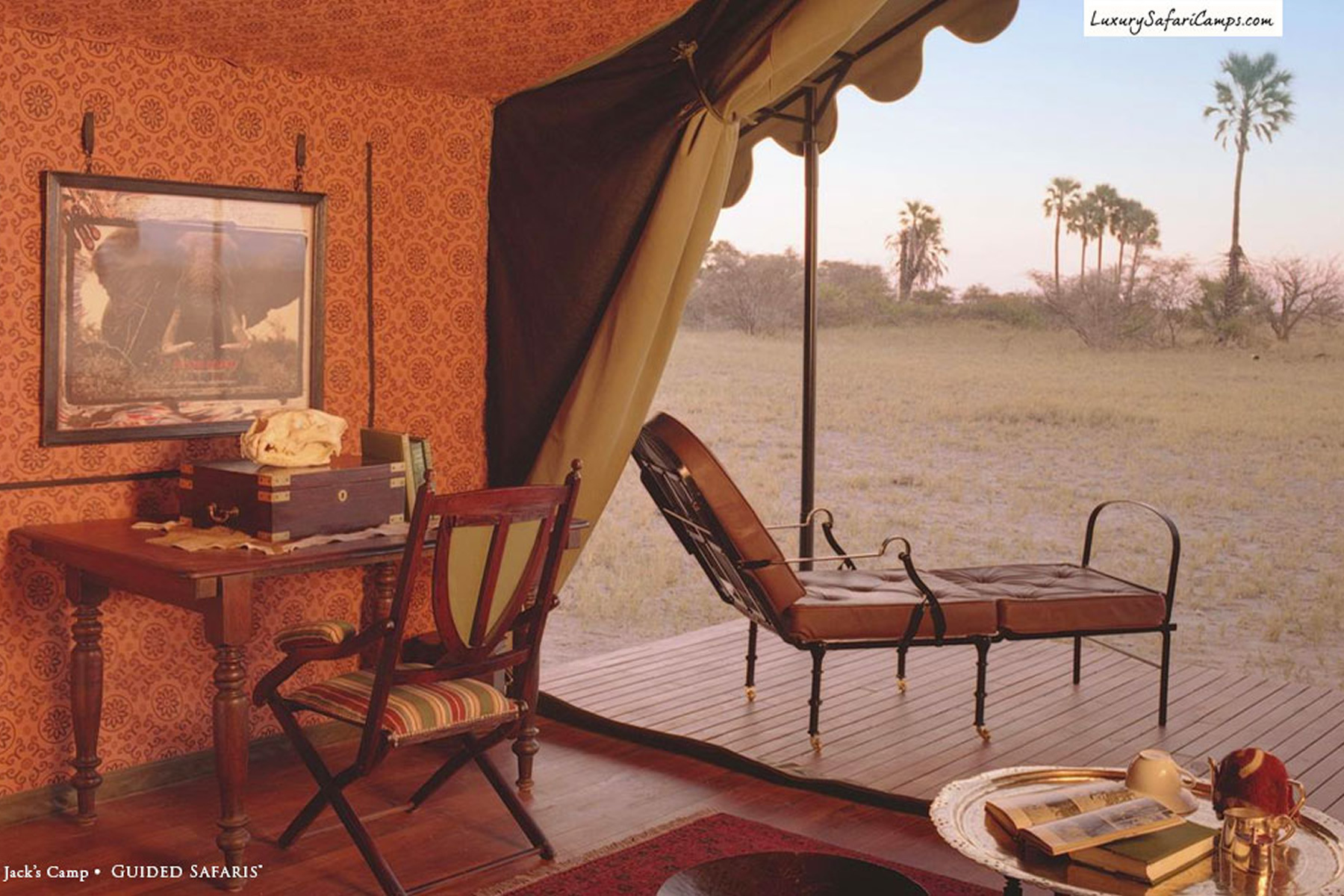 Jack’s camp (Botswana): One of the world’s largest salt flats, Makgadikgadi, is all that remains of the old large lake that once covered an area larger than Switzerland. That sandy desert offers today an interesting fauna with species like the brown hyena and the lions of Kalahari. Staying in tents decorated as in the 40’s, makes the experience even more special. Spacious rooms with Persian carpets and crisp cotton sheets, an interwoven pool and photographic magazines by the legend of the safari, Peter Beard, cover many of its walls. The safaris they offer are at the height of the accommodation. 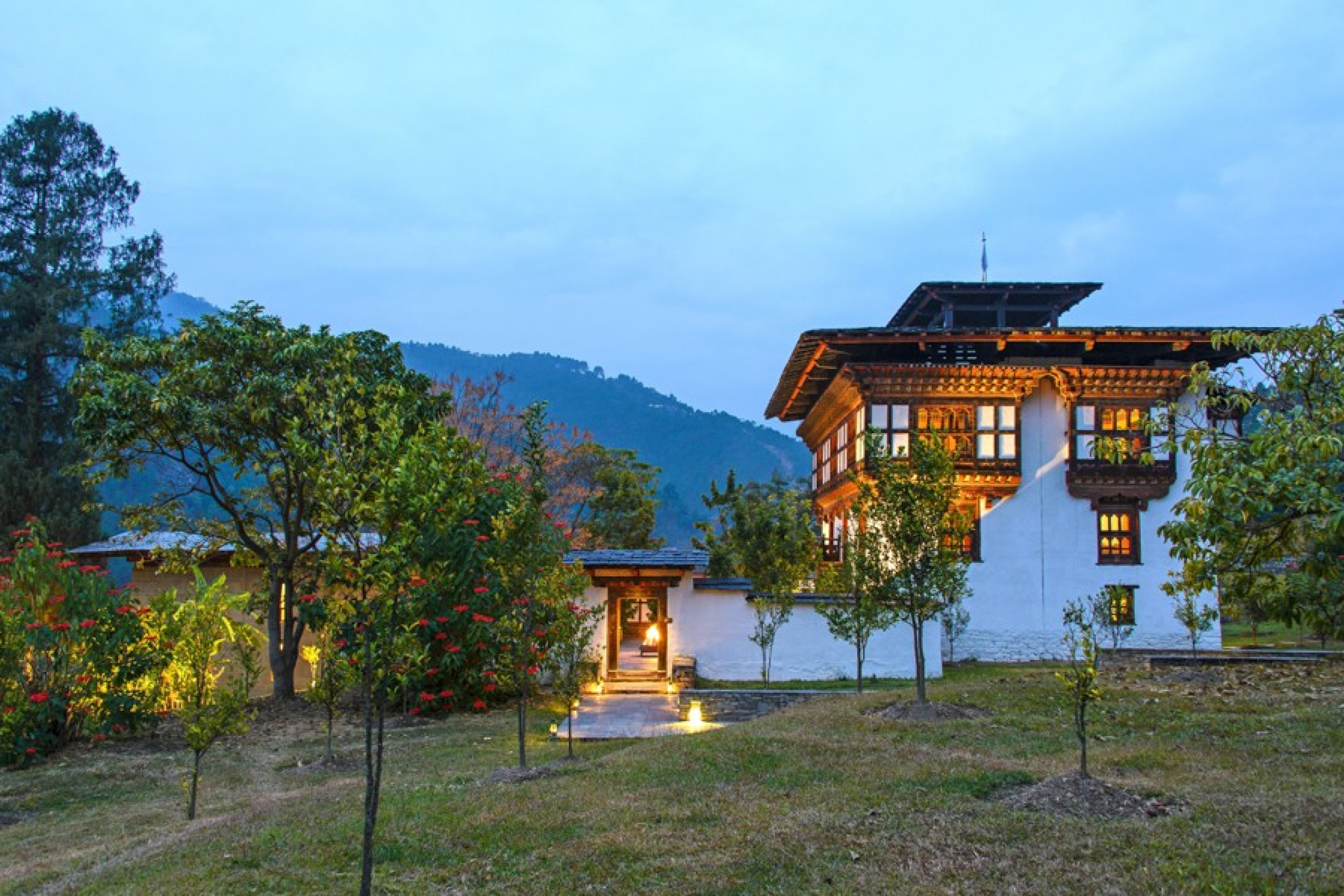 Amankora (Bhutan): Bhutan, high in the Himalayas between the Tibetan plateau and India, is one of the most remote places on Earth. Ancient Buddhist traditions remain intact between 7,000-meter-high mountains, glacial valleys and evergreen forests. Amankora consists of five hostels and offers expeditions that fit the preferences of visitors. Walking to the Tiger Nose Monastery (Taktshang) or exploring the valleys of Thimphu, Punakha and Paro with a private guide will make you return from the renovated tour. 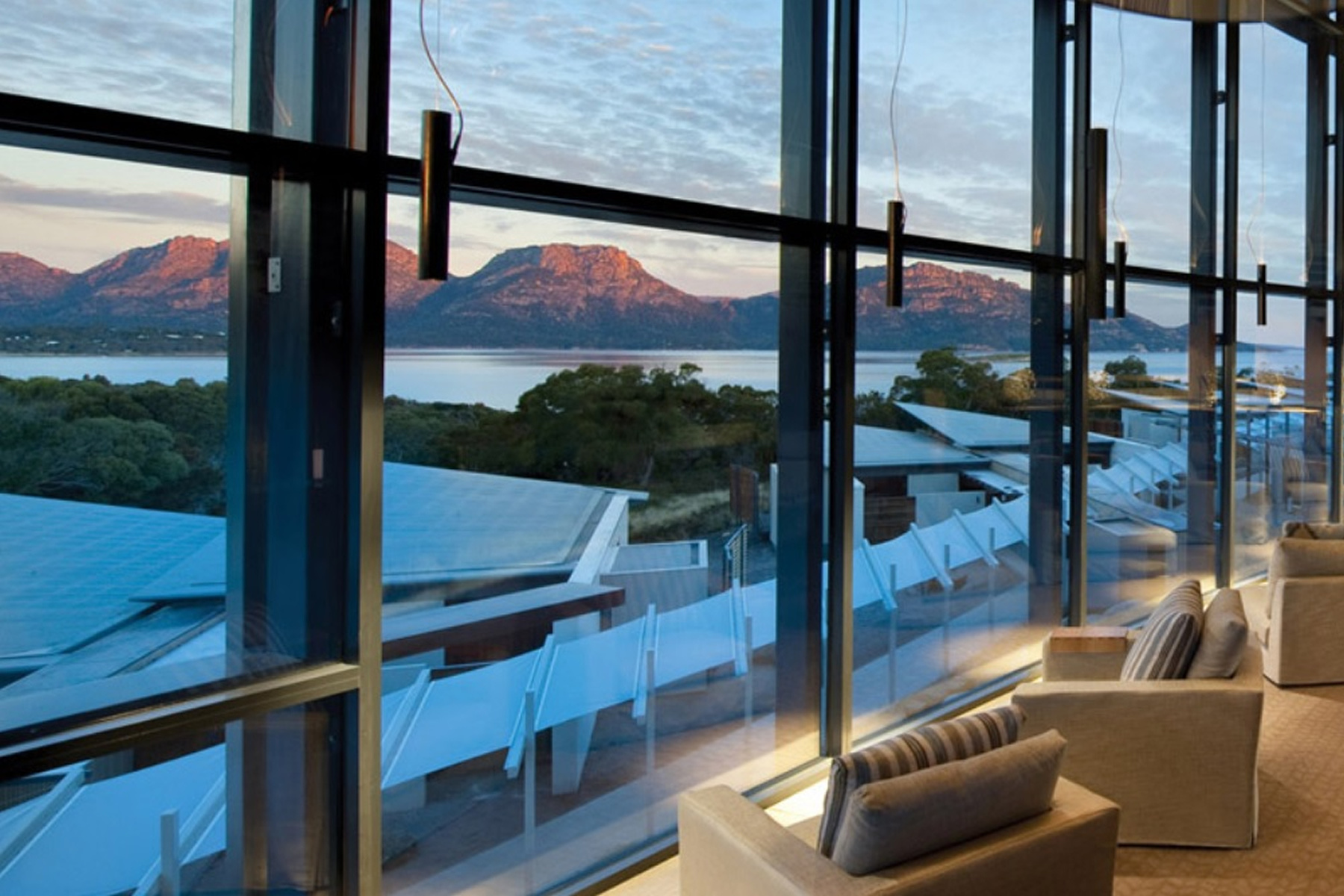 Saffire Freycinet (Tasmania, Australia): The island of Tasmania is already a place to lose yourself. To the east, this luxurious hotel overlooks the Great Oyster Bay and the Hazards Range. The complex was built with natural materials such as wood and stone to blend with the landscape. Its large windows make it easy to admire the sea and mountain views from any location. It offers a range of activities including hiking and kayaking, and has a spa and three restaurants. 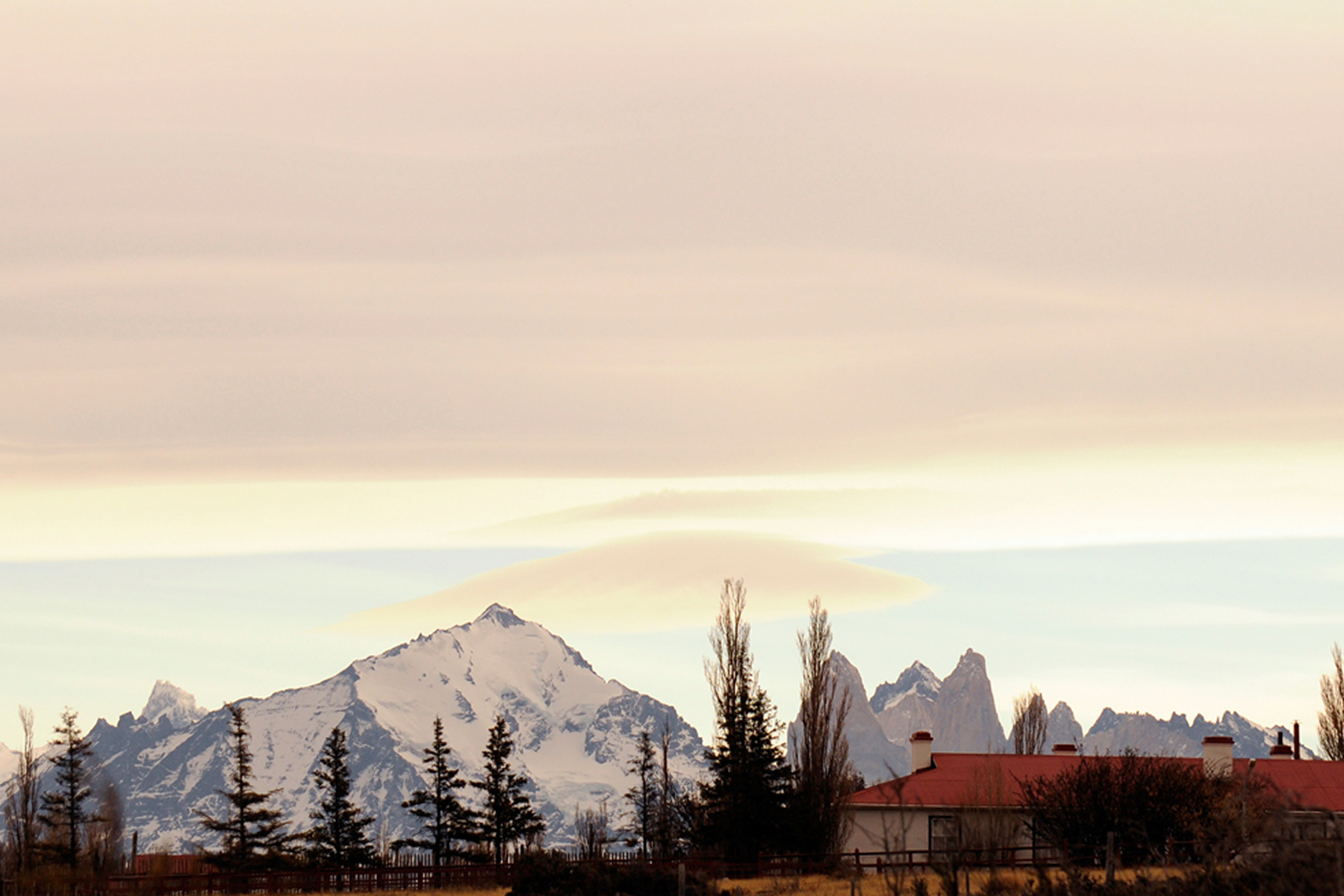 Estancia Cerro Guido (Patagonia, Chile): The Cerro Guido is not a hotel. They call it an employer’s house and would be similar to a farmhouse. Its accommodations have more than 100 years of history, making it a unique cultural heritage in Patagonia. Estancia Cerro Guido borders the Torres del Paine National Park, with the Argentine pampa and the Sierra Baguales. The roads in the area have been improving over the years and today it is possible to arrive from Punta Arenas by a paved route of easy access. It is mandatory to try out your barbecue, a lamb that has grown on the farm and is cooked according to the Patagonian technique of vertical roasting that drains the animal’s fat for hours. 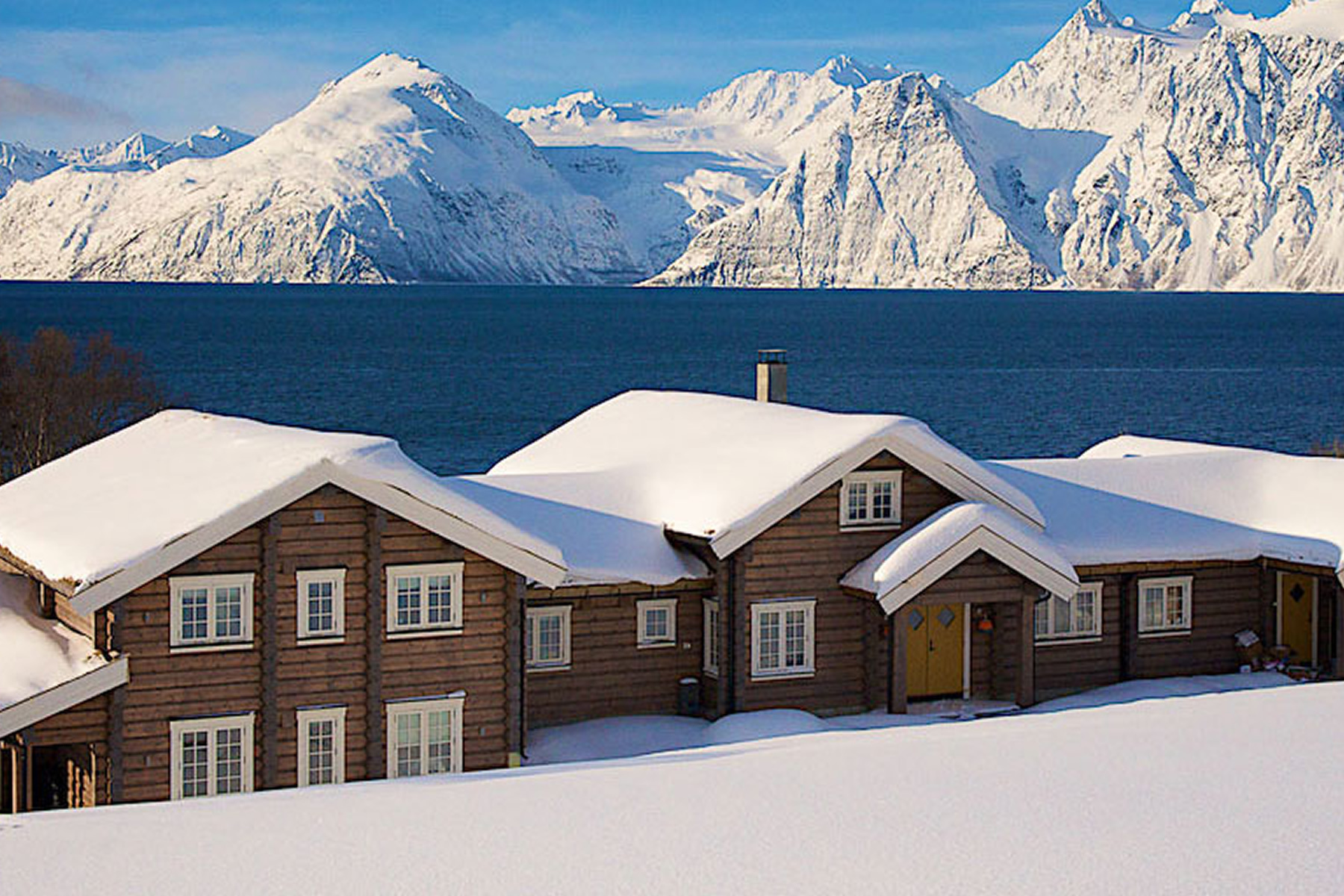 Lyngen lodge (Norway): If what you are looking for is a getaway to a remote place in the Arctic this is one of the best places you will find. This luxury boutique hotel is two and a half hours from Tromsø and, from November to March, it is a privileged place to see northern lights. The Strupbreen glacier is 50 kilometers away and the Lyngen Fjord can be seen from the rooms. Surrounded by mountains, its rustic style will make you, one night by the fireplace, think you are in the farthest corner of the planet.