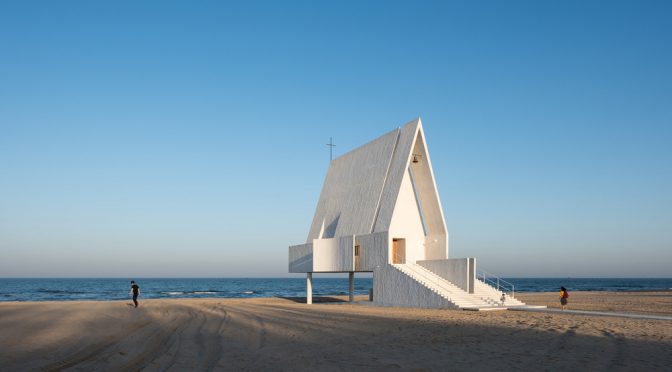 A chapel on the shore of the beach that appears and disappears with the tides. This is the ‘Seashore Chapel’, a place of encounter between the divine and the mundane, full of minimalism and light in China. 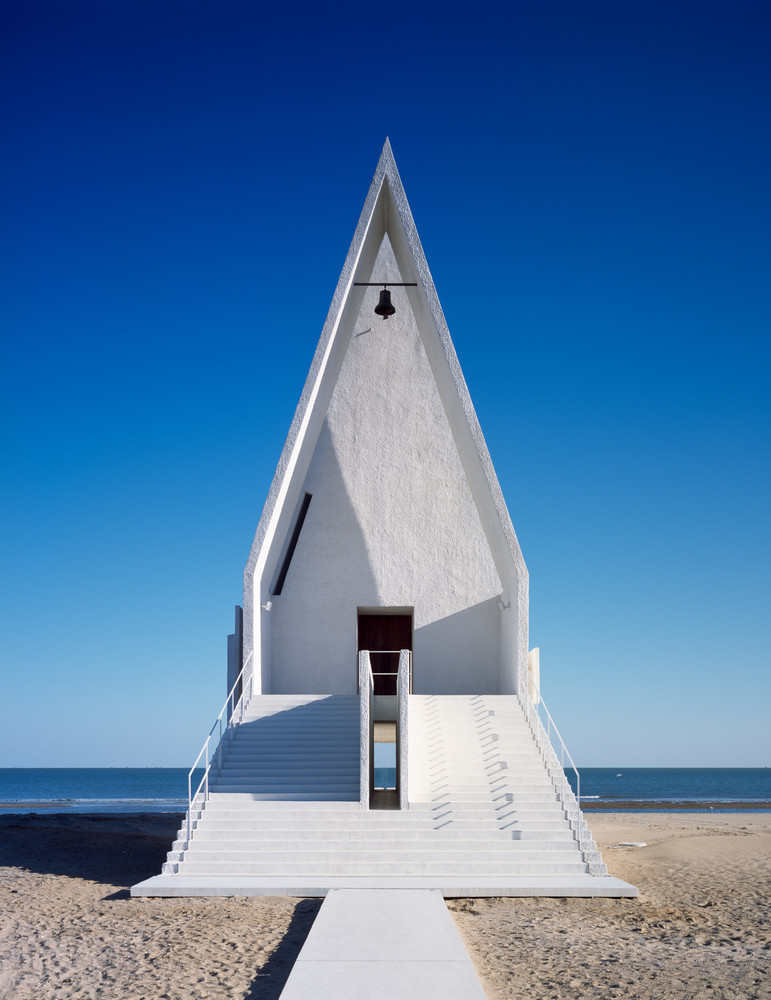 Imagine a minimalist chapel on the edge of the beach. Isolated, surrounded by sand and the tides that hide it from the landscape. A structure that simulates a boat floating in the ocean but, nevertheless, is completely anchored on the beach. A hidden treasure that meets the naked eye but goes unnoticed. Well, this was just what the Chinese Studio Studio envisioned when building and designing the Seashore Chapel, a small church facing the ocean on a beach in the Beidajhe district of Beijing.

The triangular layout, more than ten meters high, is divided vertically into different areas and aims to be the meeting between two essential ideas: a place of rest for people on the beach, with a kind of refuge in the bottom ; and a space that connects the religious place, always visible. The first, with the rise of the tide, disappears completely, remaining submerged and invisible to anyone’s eyes; the second, however, always rises afloat at the edge of the sea, becoming a barge that seems to be adrift. The oratory is crowned by a small bell tower, which, unintentionally, breaks with the right minimalism. 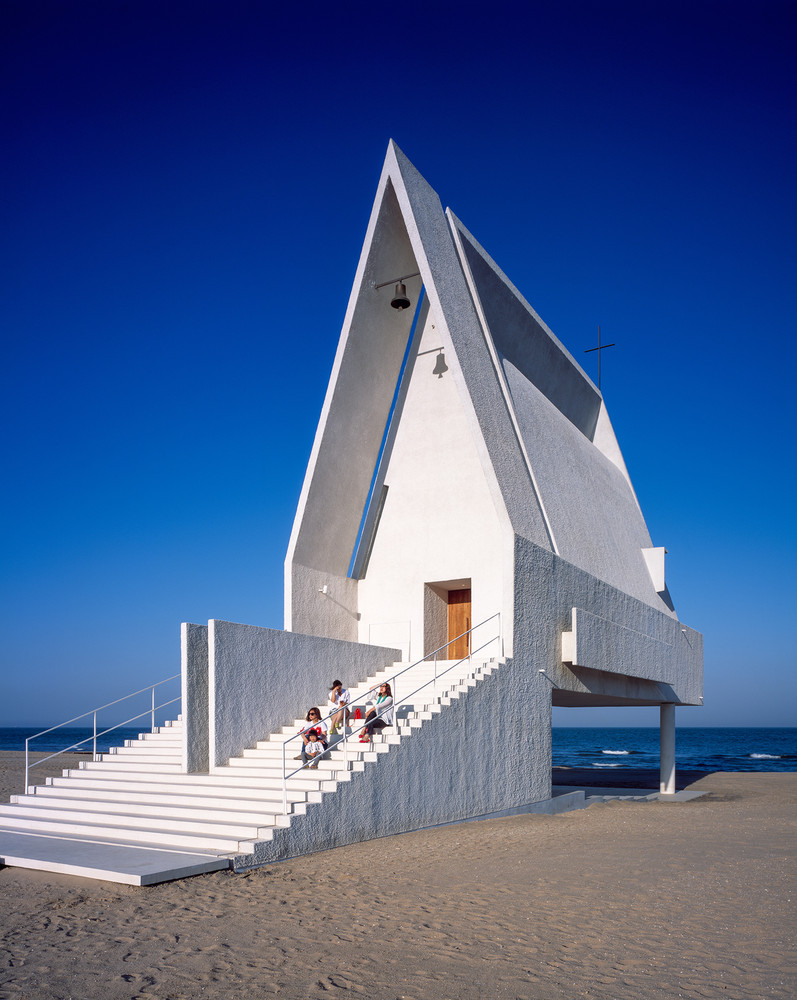 The chapel is accessed through an esplanade about thirty meters long that leads to the stairs, in the center, which act as the main door to the interior of the temple, and at the same time, as a resting place. It is interesting the connection with the ocean at this height, since it seems to be closer due to the elevated position. The view at this point remains isolated from the beach and the people, leaving water as the only possible option and finding harmony between silence and space. It has a small meditation room in which there is only one person, who is wrapped spiritually – and metaphorically – by the walls and brings his attention to the large vertical window that overlooks the ocean.
powered by Rubicon Project

Despite being totally open to the landscape, it has few windows. The largest one, stands horizontally on the east facade, and illuminates the interior slightly to create a warm atmosphere in the prayer, framing the ocean around and creating an interesting balance with natural light and triangular roof. On the other hand, and in order to maintain a uniform, continuous and minimalist exterior appearance, all the small windows remain hidden between the hollows of the different panels that make up its skeleton. 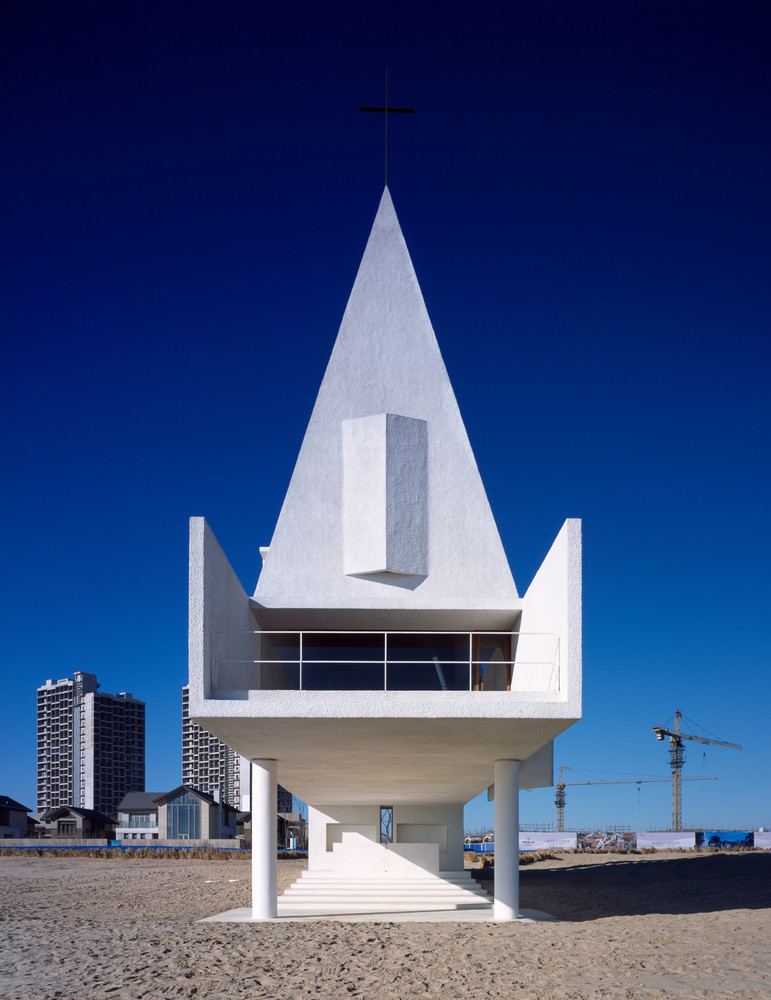 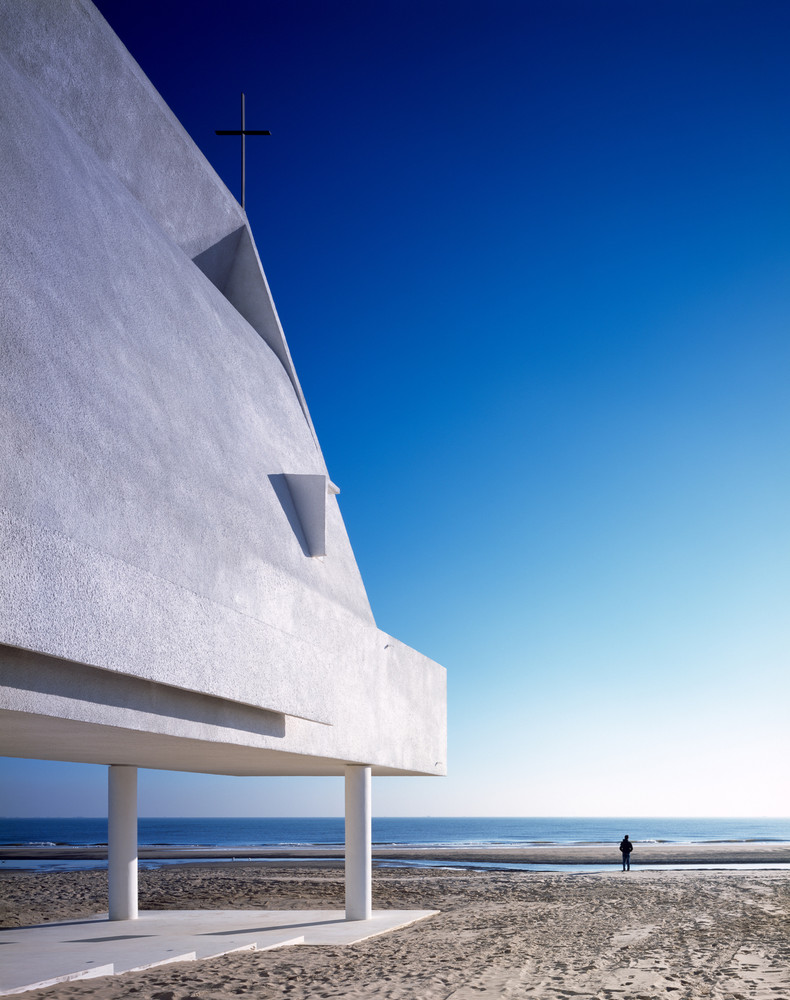 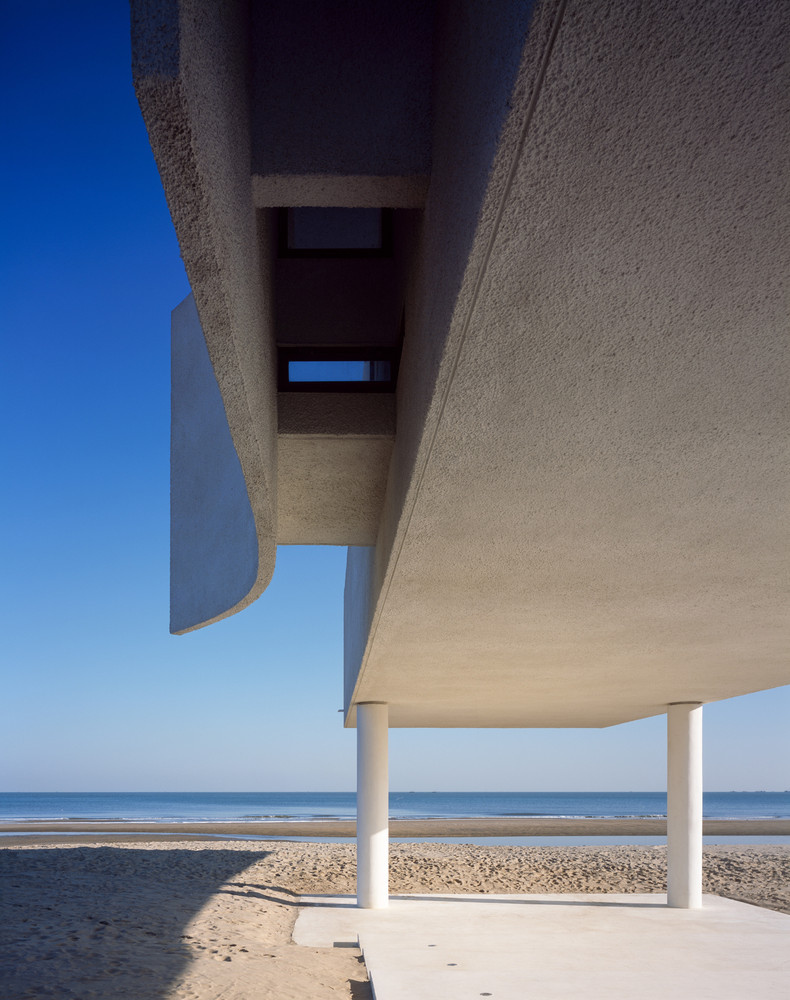 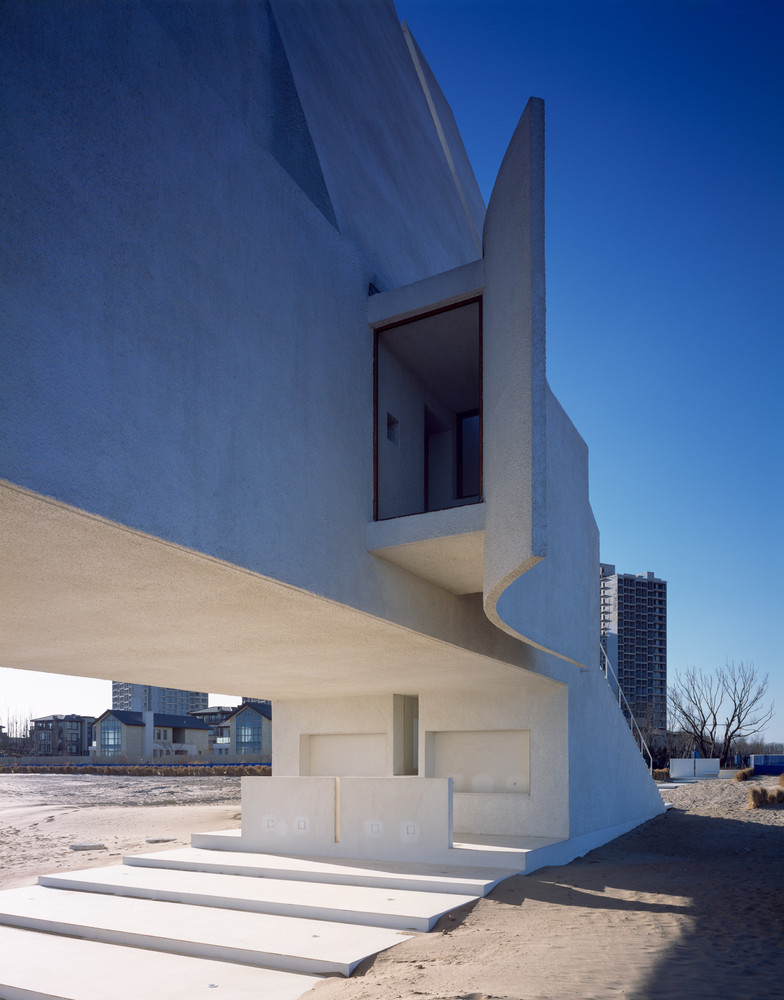 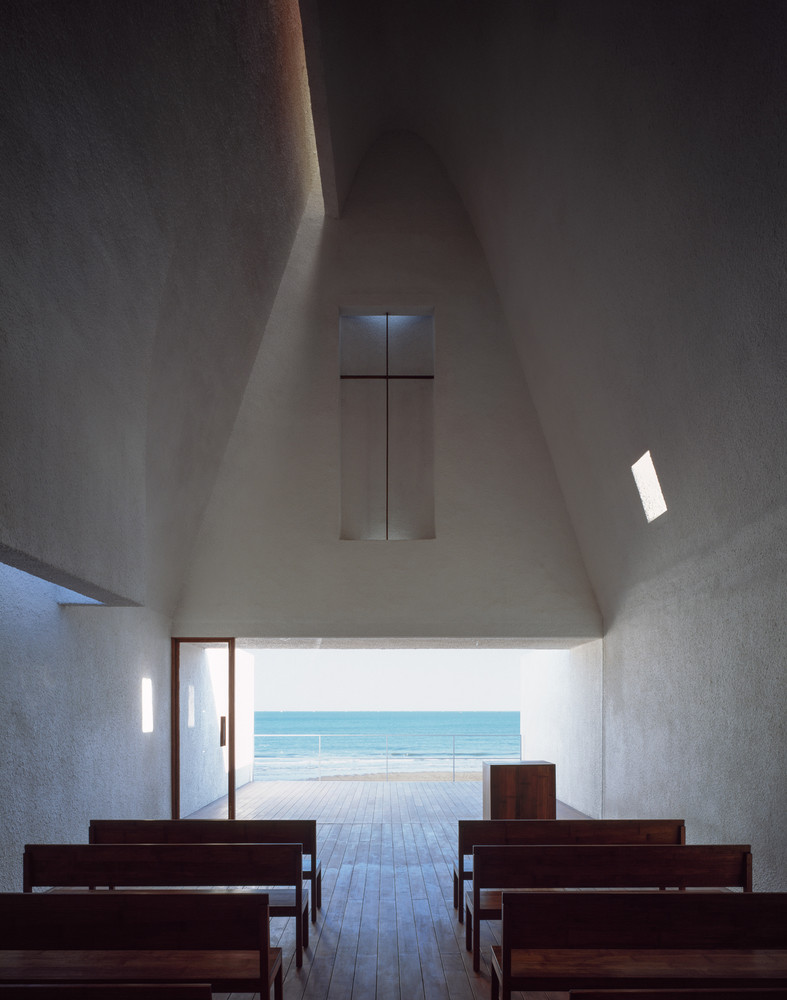 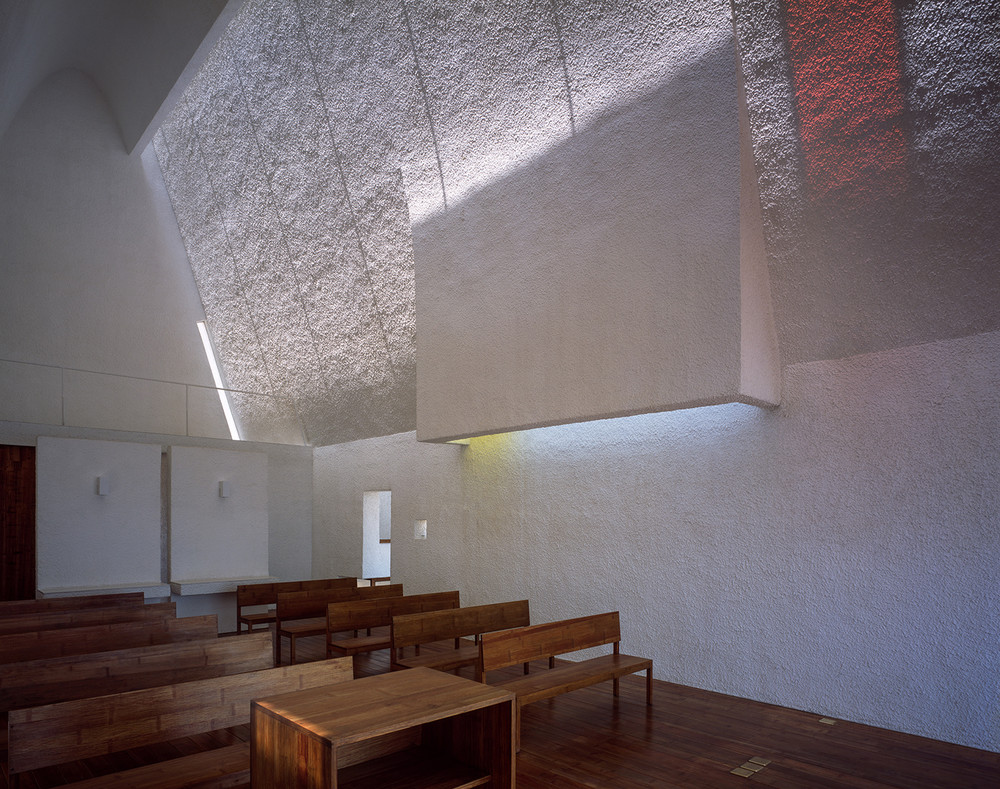 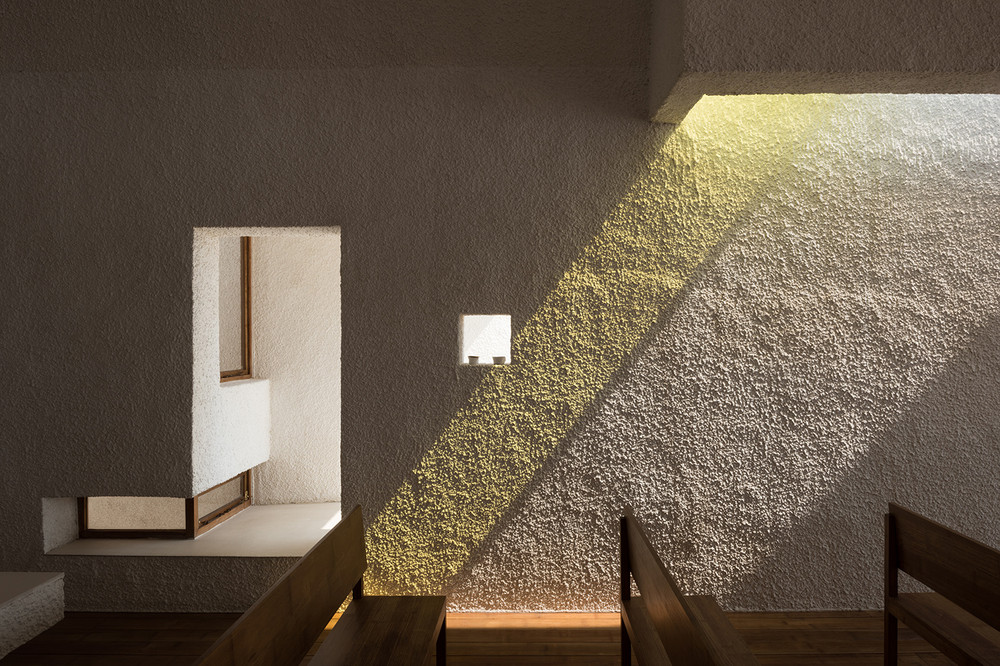 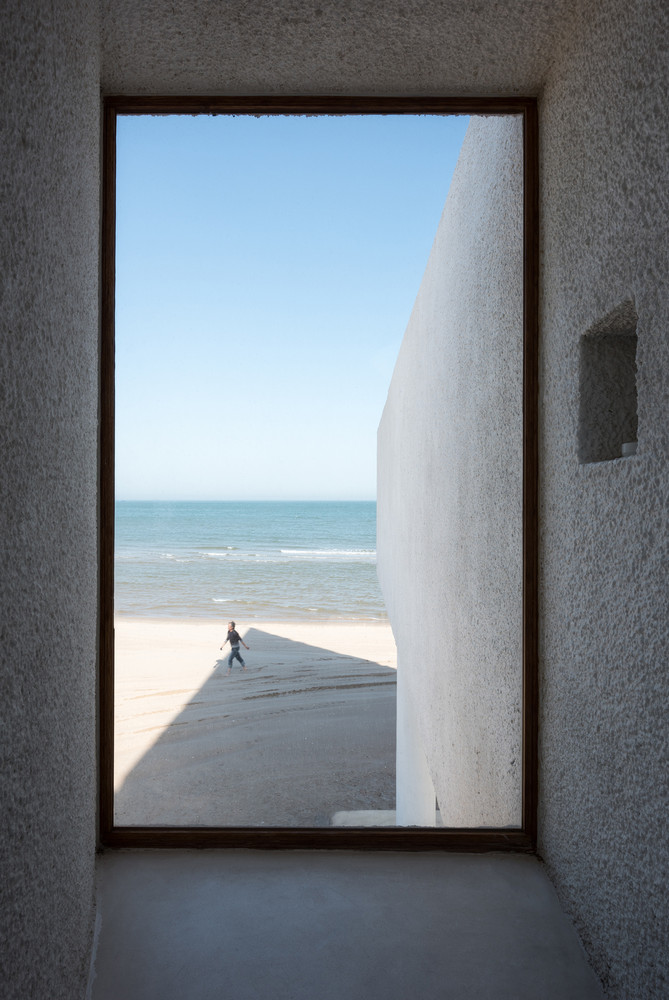 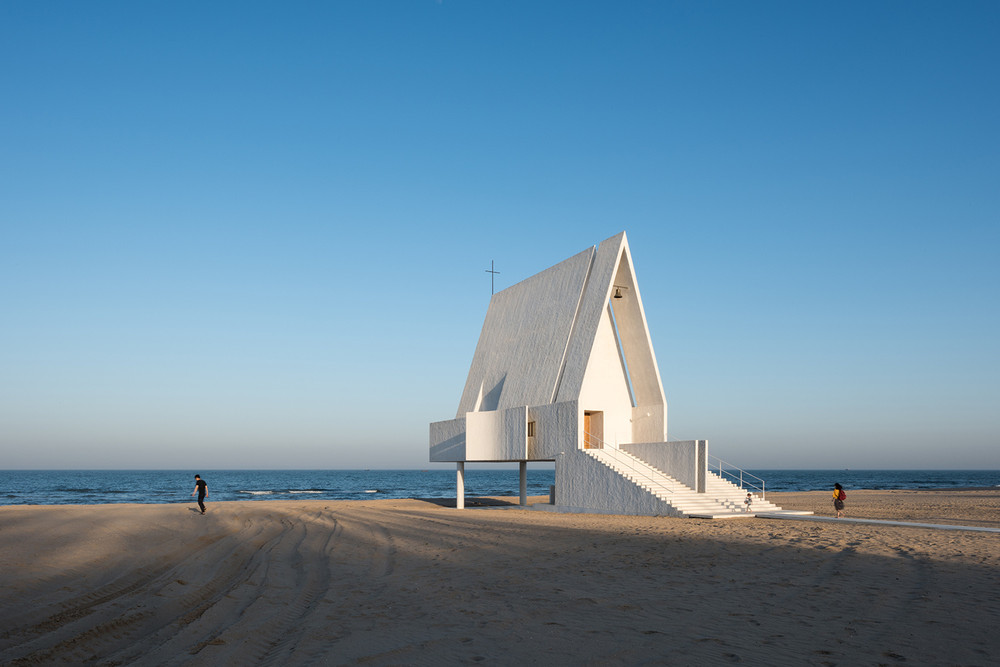 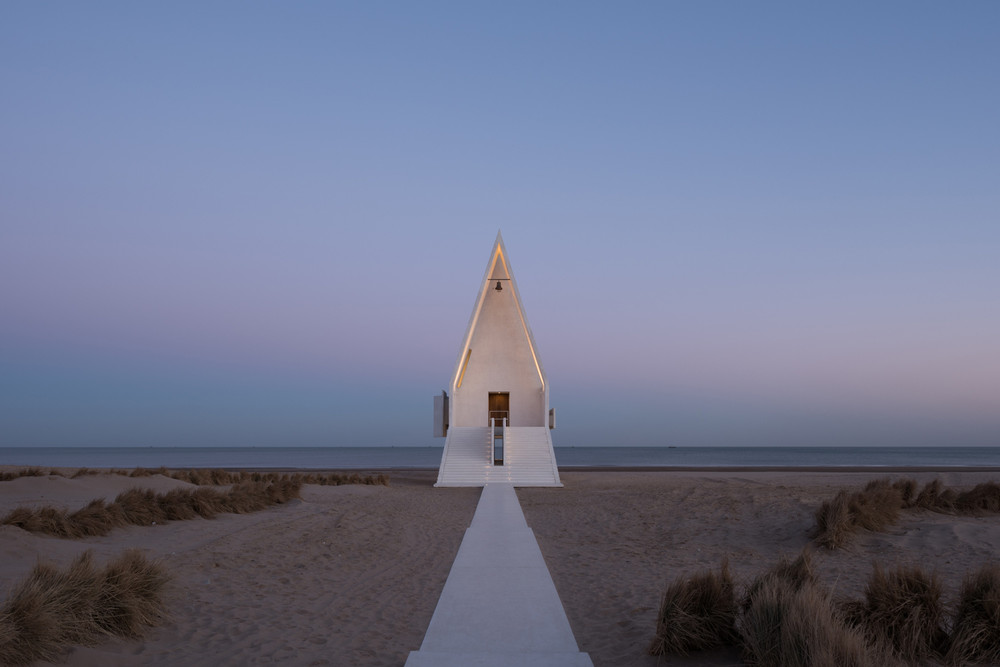 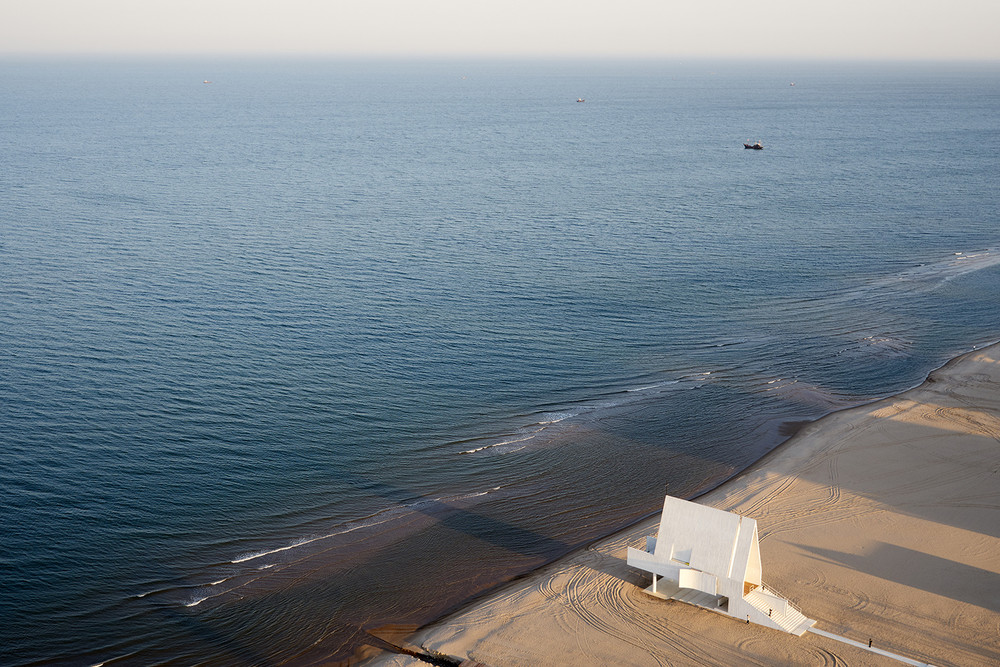 As a curious fact, every noon in spring, summer and autumn, when the sun is practically perpendicular, the light is projected directly on the wall to the north, generating a really intense lighting and color variations that last a short time. Just in those moments, the texture of the wall stands out, becoming, in a certain way, a rough skin that can be touched.

There is an inevitable and full of beauty between religious buildings and architecture; an intense devotion to create true works of art that escape the passage of time and that remain above the author, the work and the religion itself. Great teachers such as Le Corbusier, Richard Meier, Gaudí or Niemeyer, conceived religious temples that have become icons today.