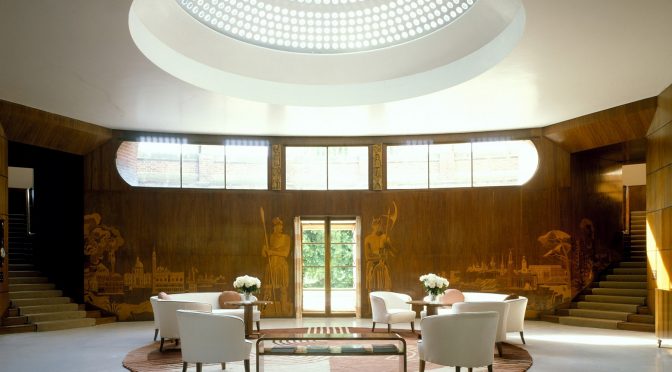 Located on the outskirts of London, the interior of ‘Eltham Palace’, one of the residences of Henry VIII, has been put at the service of series such as’ Return to Brideshead ‘or’ Hercules Poirot. 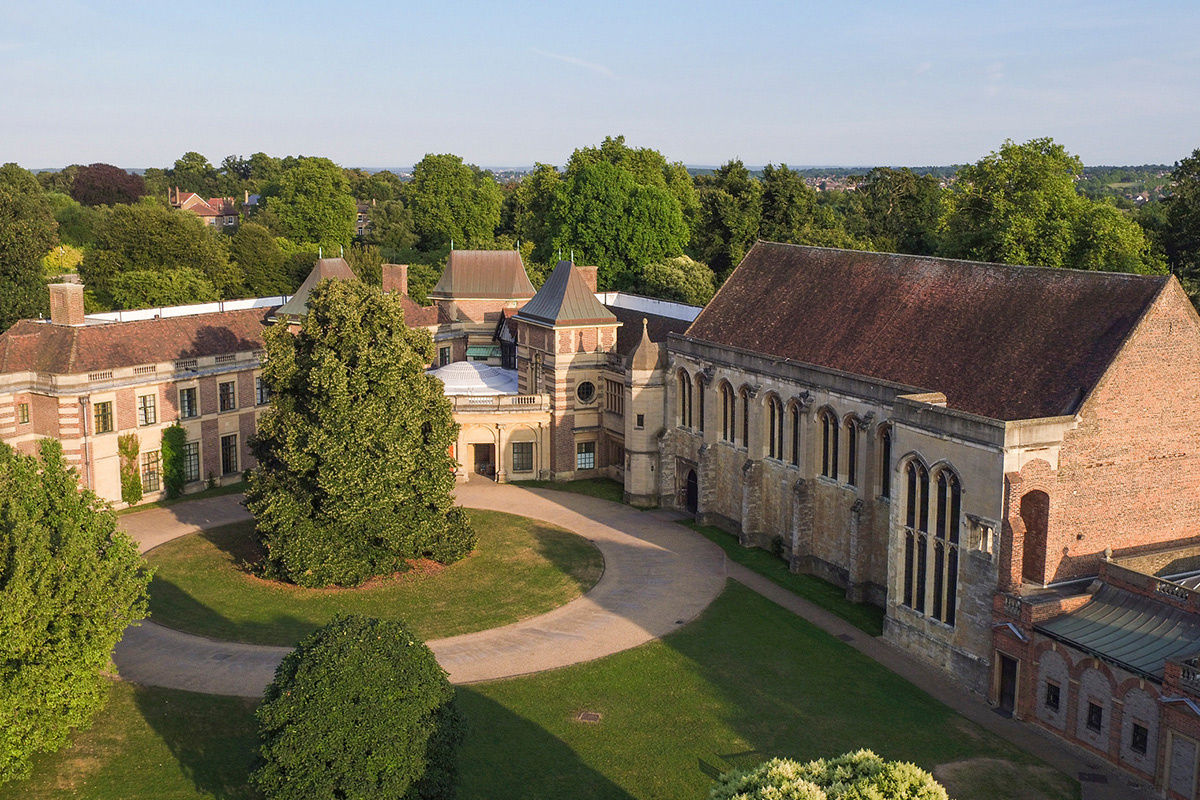 The Crown fans with the best eye for this kind of thing will have noticed the art deco hall that appears in the eighth episode of the new season of the series. We refer to the scene in which Isabel II visits the workshop of Norman Hartnell, the designer responsible for shaping his image and, by the way, to create his wedding dress. The scene barely lasts a minute, but the overwhelming hall in which the models show the fabulous dresses of Hartnell to the young queen, would hardly go unnoticed by a lover of interior design. It is the work of the Swedish Rolf Engströmer and is inspired by a circular Turkish bath. 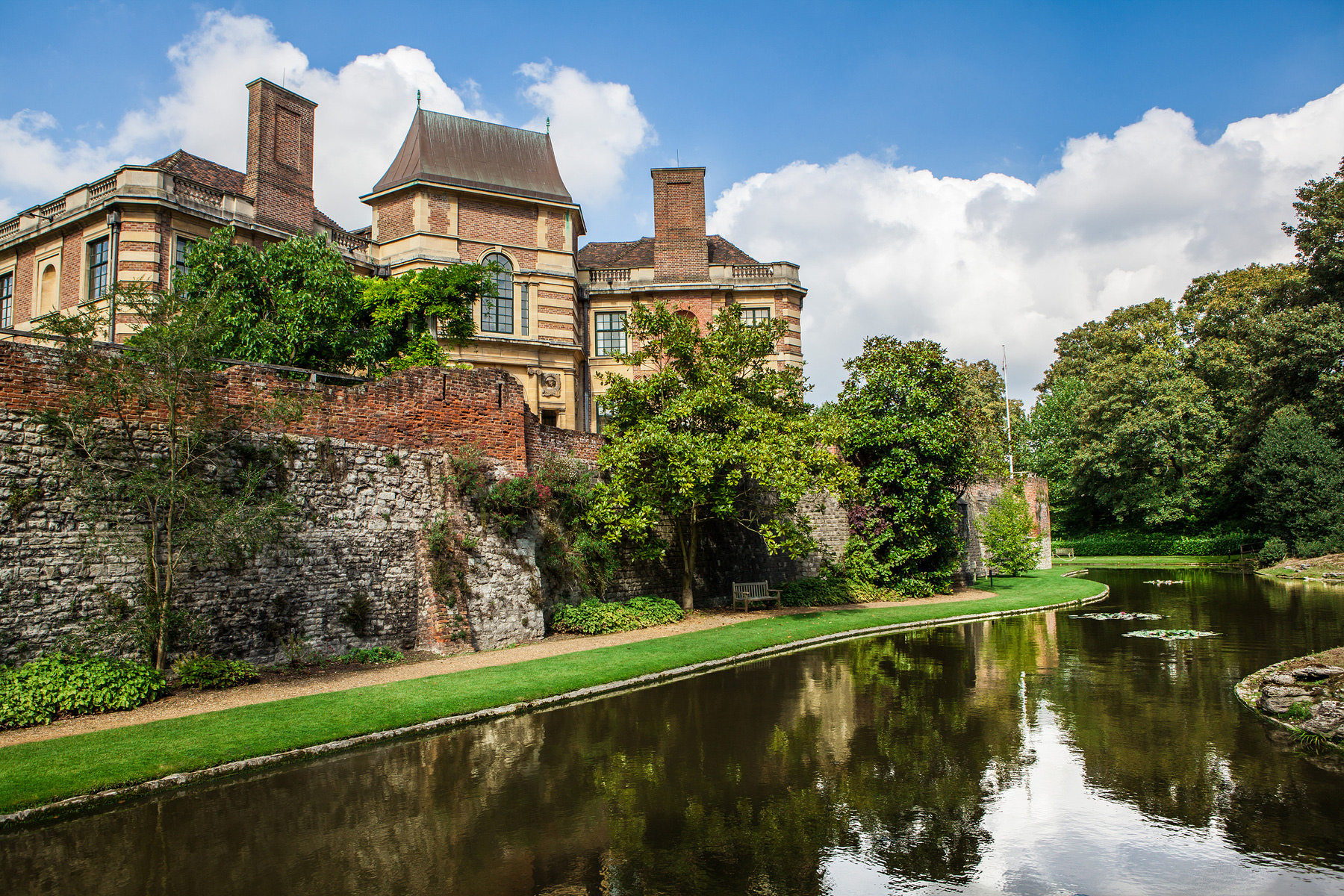 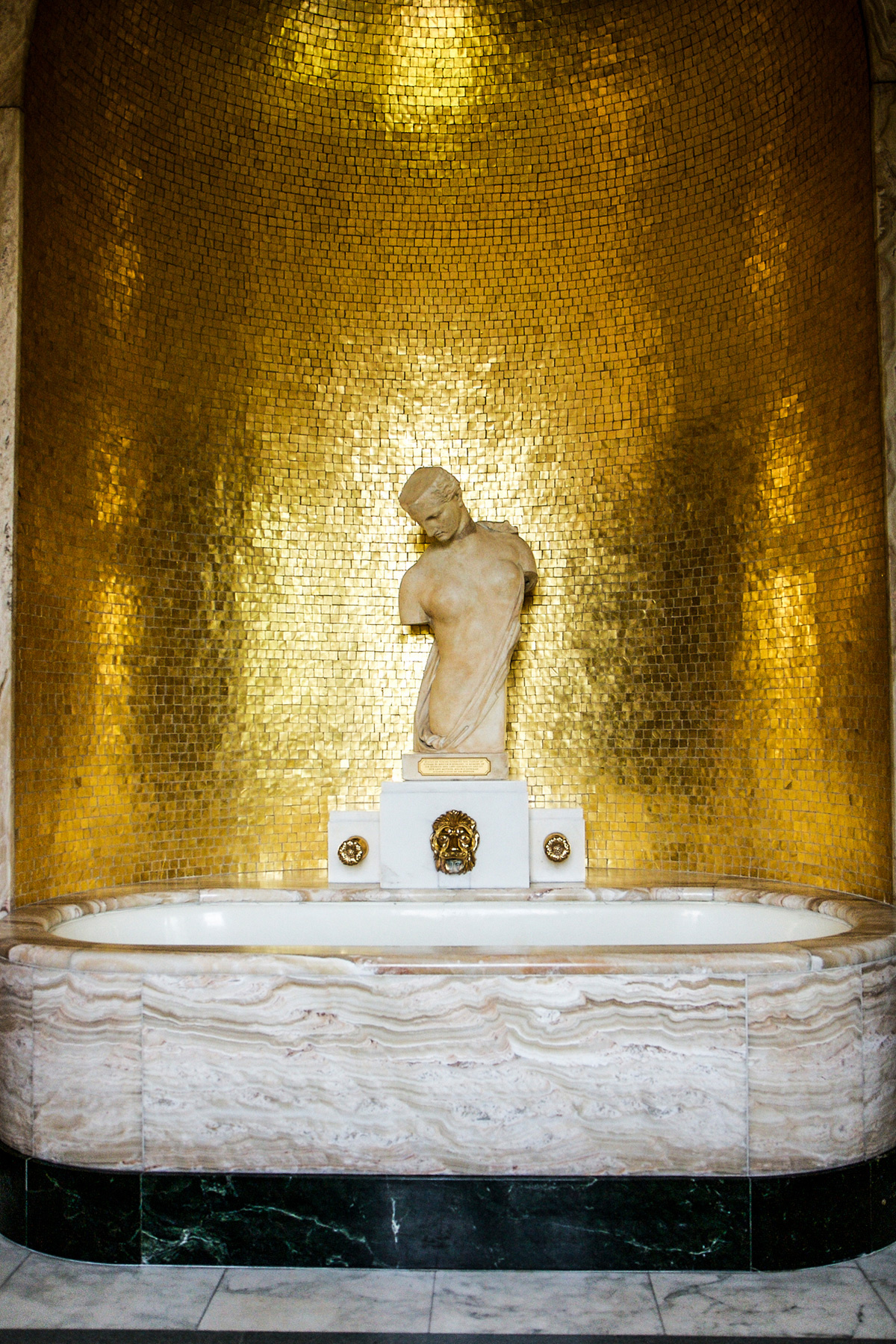 On the ceiling, just above a Marion Dorn carpet with the same geometric shape, a huge stained window dome generously illuminates the room, lined with panels of Australian chestnut wood. On the days when the sun manages to shine on top of London, the hall is flooded with light and the exquisite marquetry figures representing a Roman soldier and a Viking warrior flanking one of the doors (they are a design by Jerk Werkmäster), resplendent and they seem to come alive. 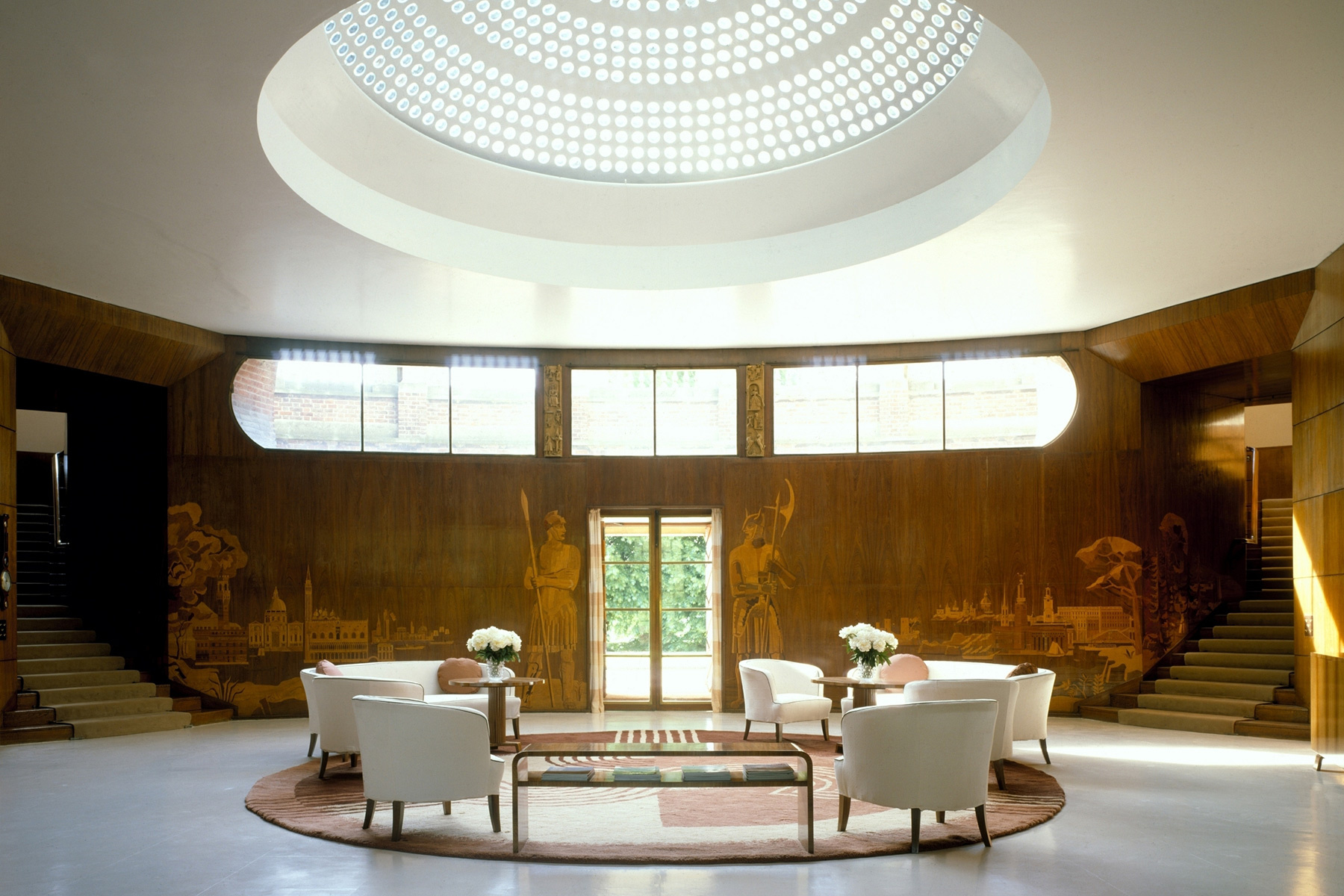 It should be noted that the room is not part of Hartnell’s original atelier, but is located in Eltham Castle, ten miles from Picadilly Circus. In 1934, after having savored his first successes, Norman Hartnell bought a house in the exclusive Mayfair district and hired the architect Gerald Lacoste to reform it in the style of the luxurious Parisian fashion houses. Many of the art deco elements that the Frenchman used to decorate have survived, but, last year, the house became property of jeweler Glen Sapiro. Since then, it has housed its particular jewelry room. It is possible that Sapiro did not want the Netflix cameras to interrupt his business. Or that, simply, those in charge of ambientar The Crown preferred to record the mentioned scene in Eltham Palace, a building decorated with the same style that the study of Hartnell and that, after all, is considered one of the art deco jewels from United Kingdom. The same palace was used to locate scenes from series such as Hercules Poirot or Return to Brideshead. To other readers, it may sound like a Gucci ad that James Franco shot in 2008. 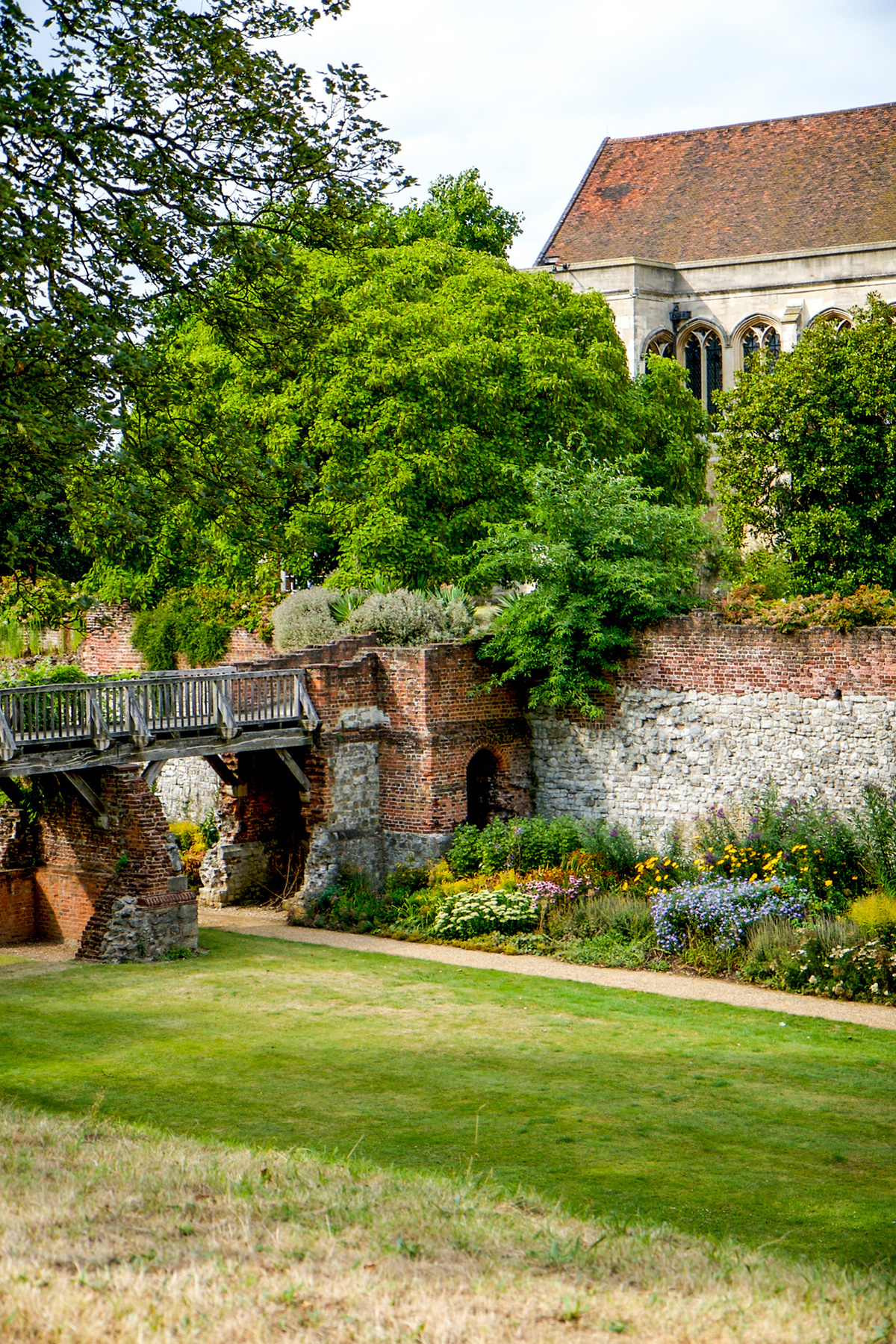 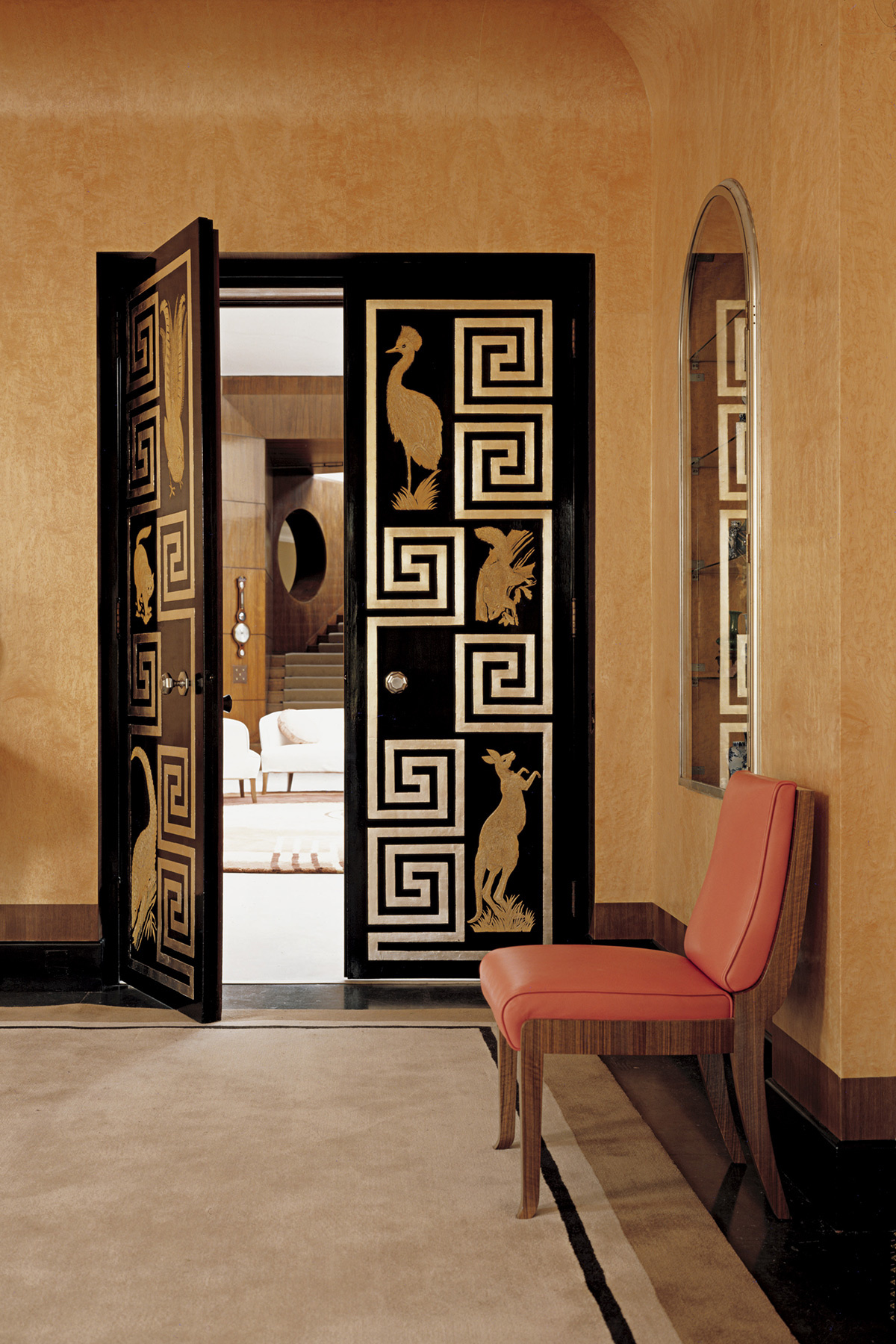 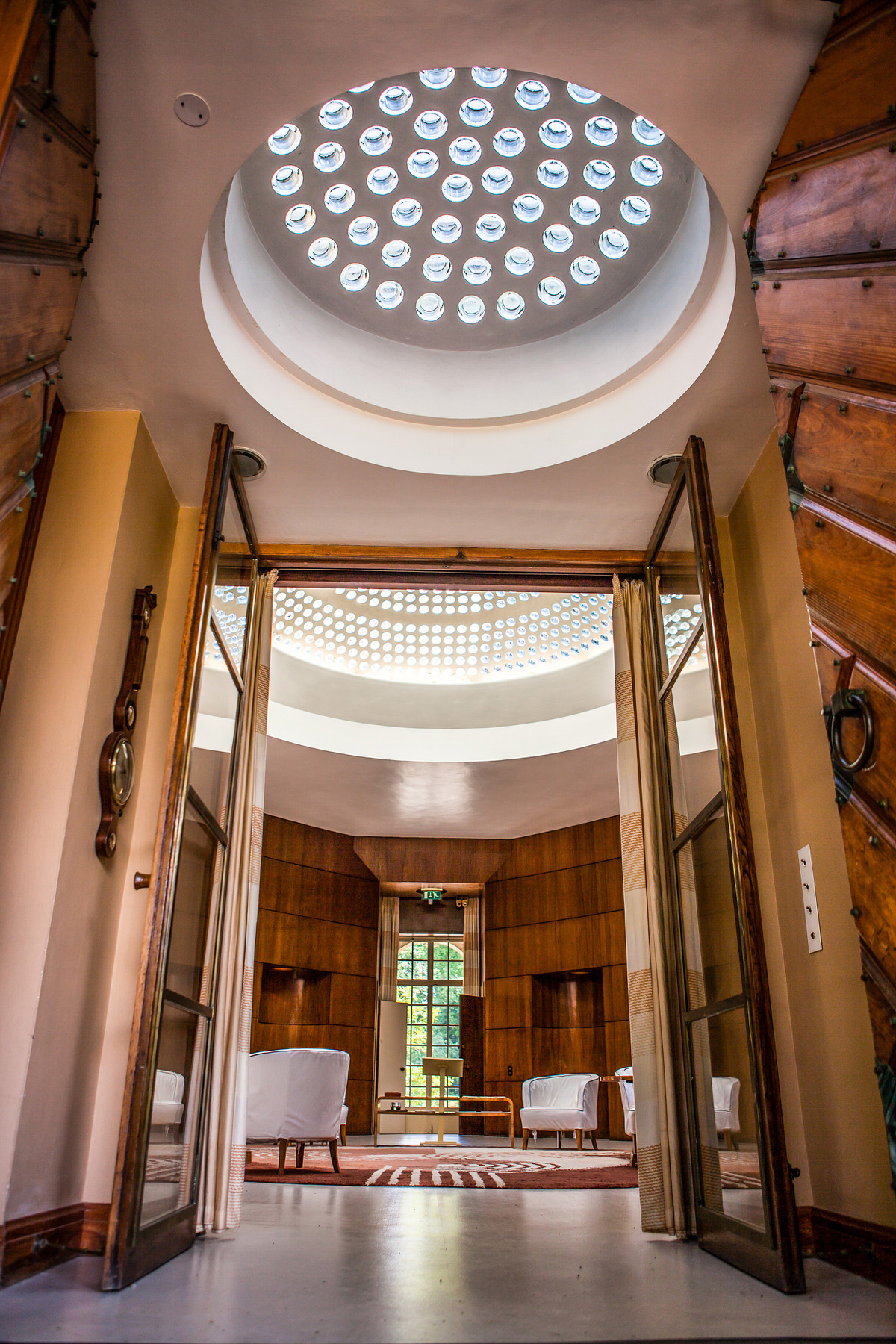 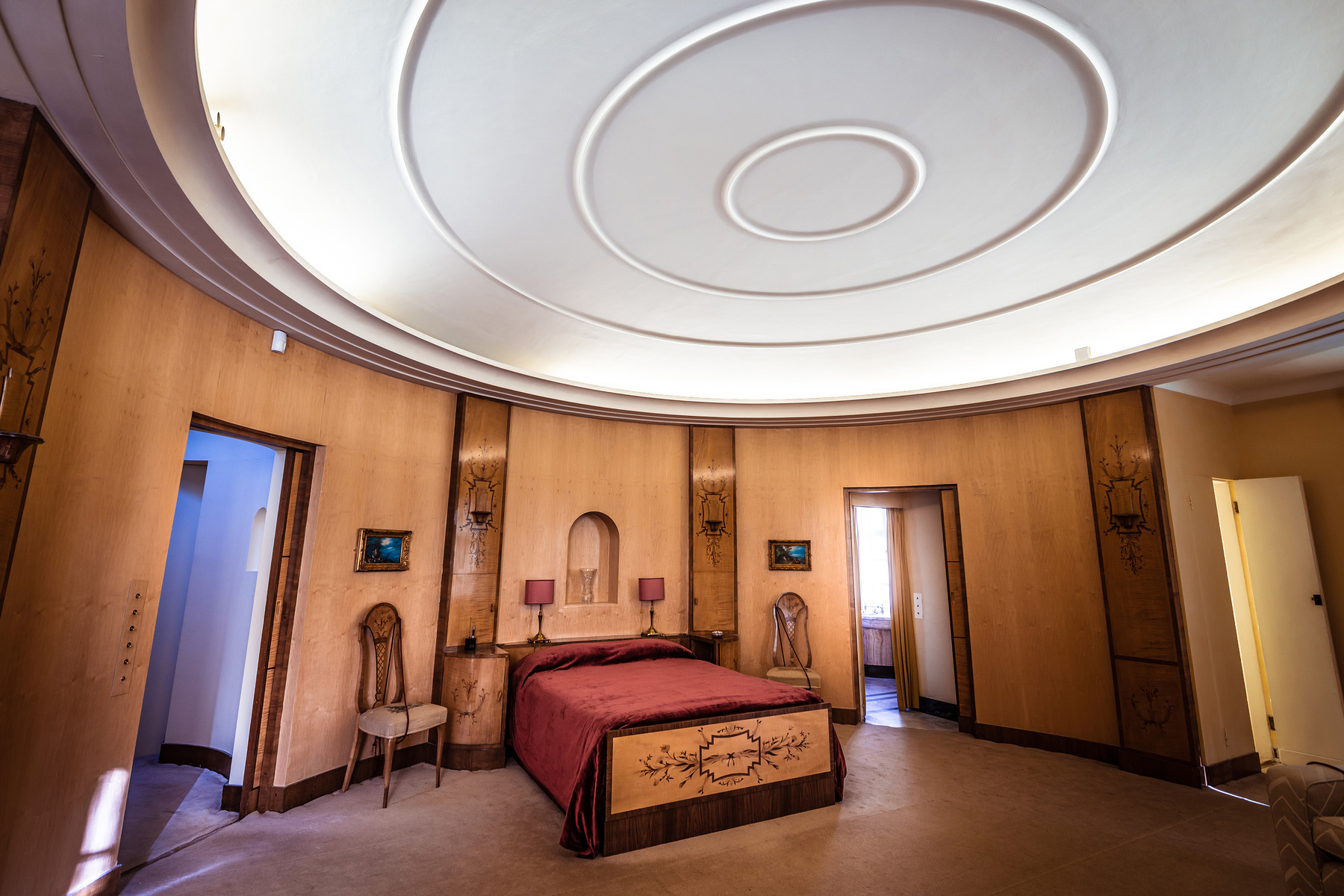 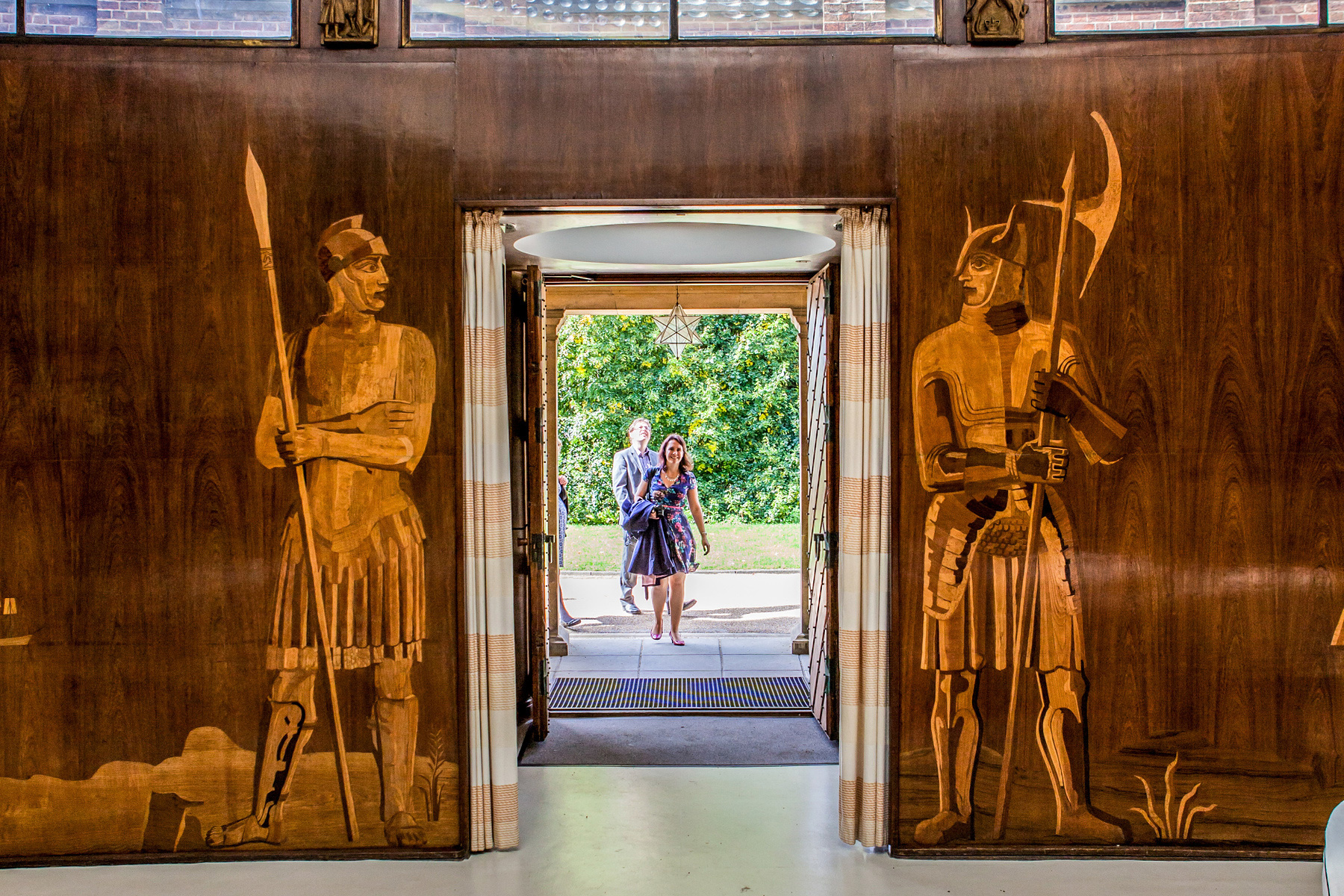 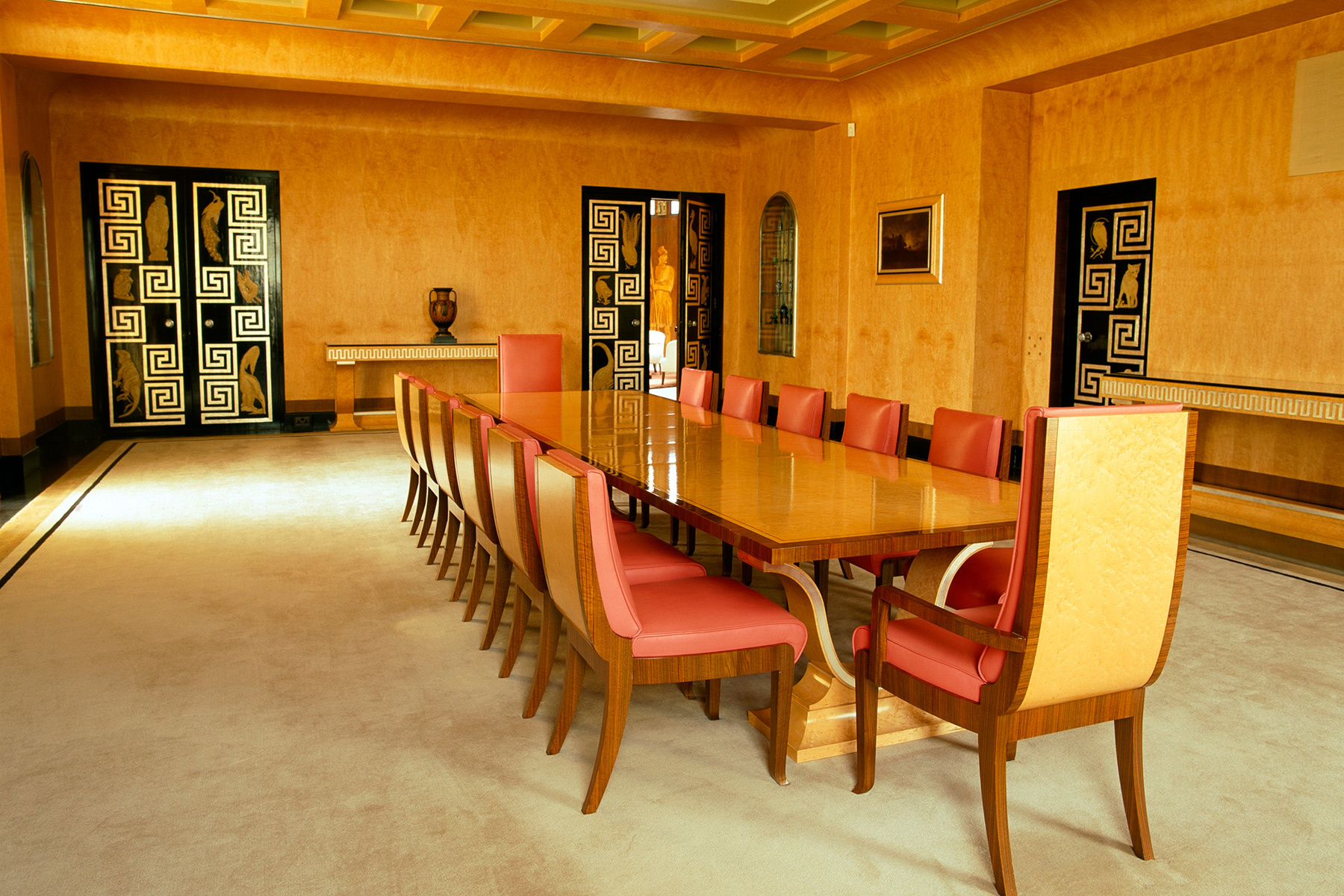 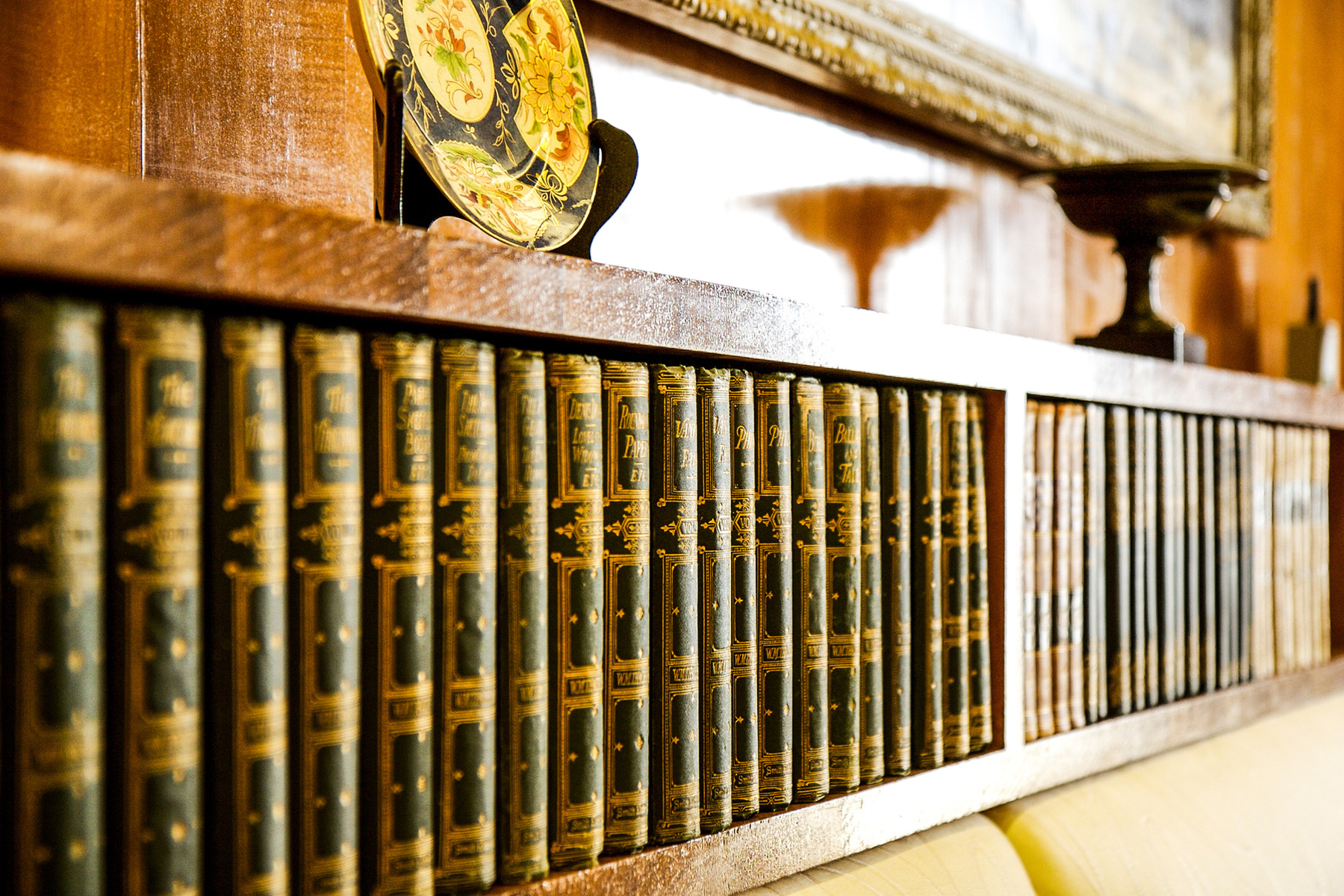 Eltham Palace. Built by the architects Seely & Paget on the ruins of a Tudor-style palace that saw Henry VIII grow, the Eltham Palace of our time was the home of Stephan and Virginia Courtauld from 1933 to 1944. This marriage of millionaires attracted art. Deco, and hired some of the best designers to decorate it with that style. The result is a real feast. The dining room, covered in maple wood, and black marble and Greek borders the fireplace and doors, is a design by Peter Malacrida. On the doors of the lounge, there are also several animals and birds that the artist Narini drew live at the London Zoo. Virginia’s bathroom has golden faucets, and the bathtub is dominated by a statue of the goddess Psyche on a golden mosaic. On the facade of the house, we discovered statues of Gilbert Ledward and Carlton Attwood. From the previous Tudor style, there was only one huge living room with pointed ceilings and oak wood where today wedding banquets are held. In his day, he witnessed the meeting of Henry VIII with Erasmus of Rotterdam. The beautiful gardens, dotted with medieval ruins, are also worth a visit. 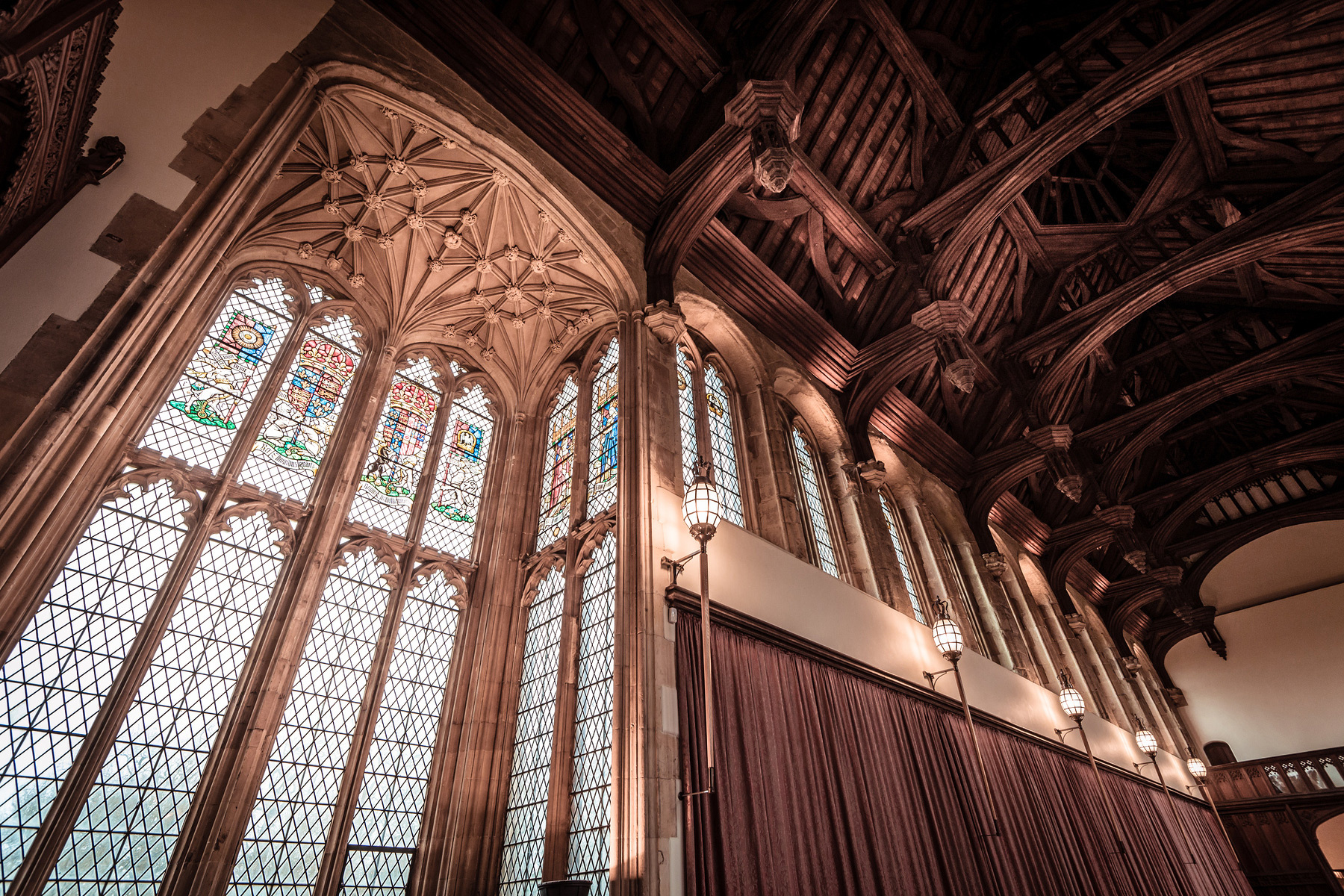 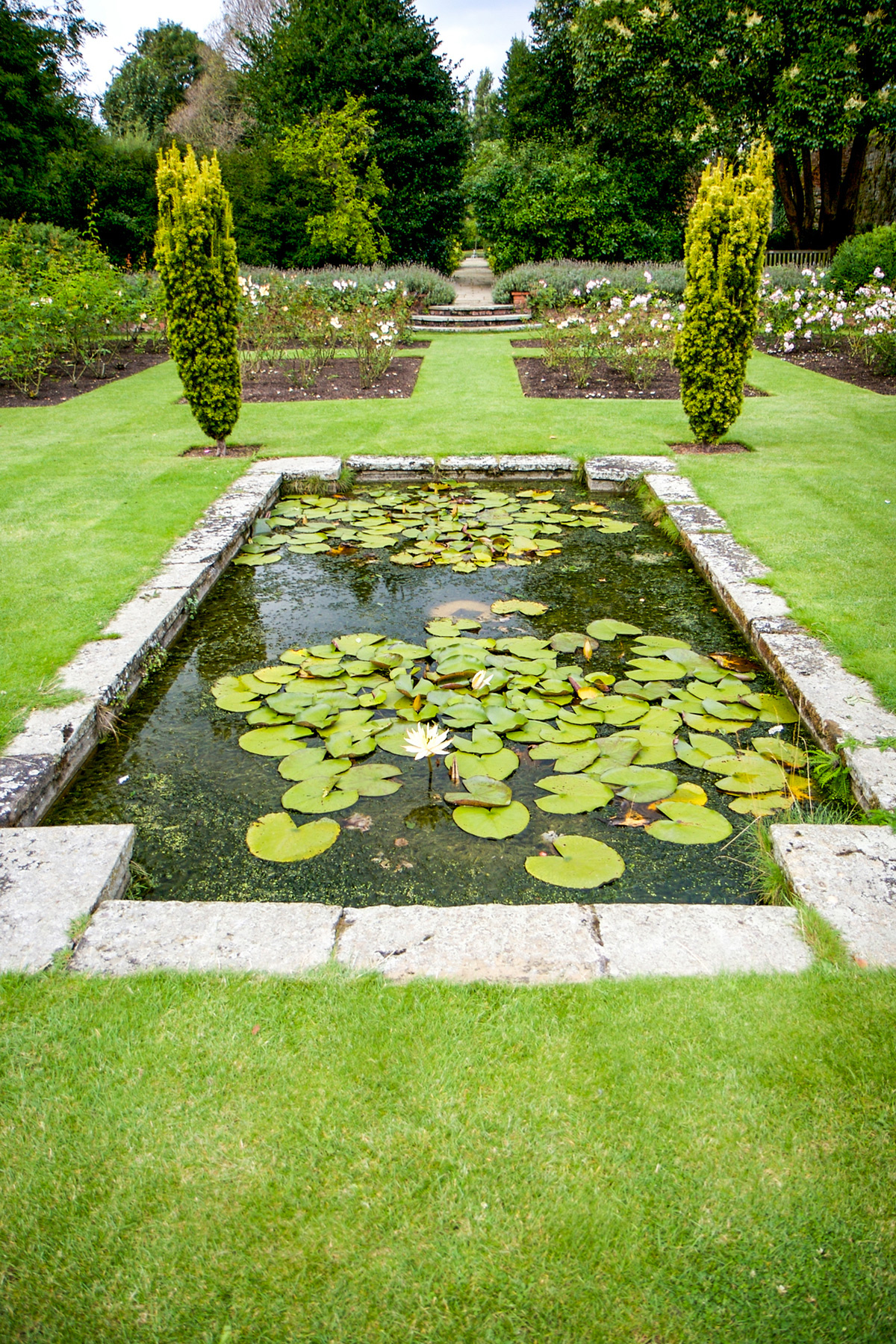 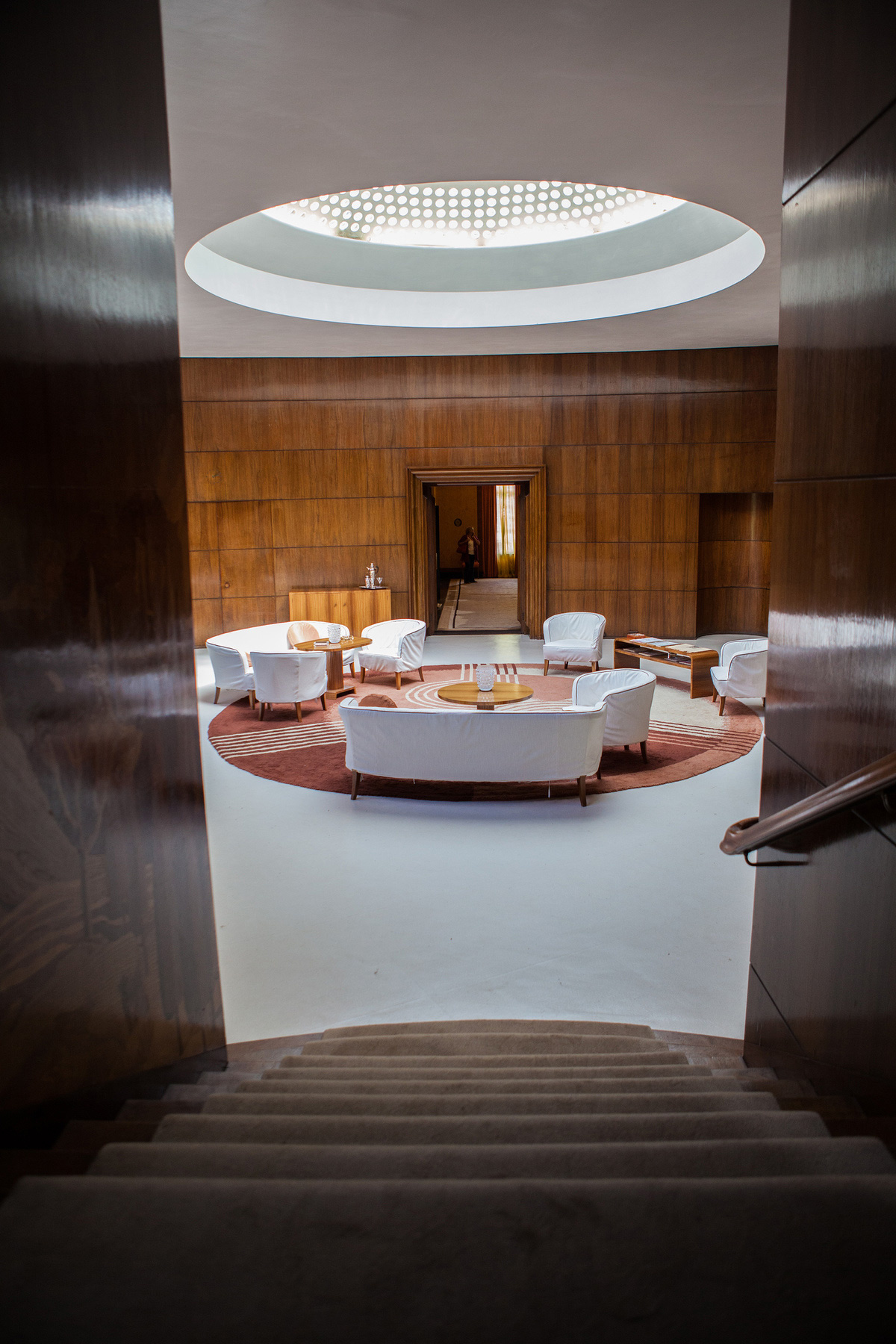 A curiosity: if you visit the palace without a guide or do not understand the explanations in English that take place inside the house, you will surely notice a small room where a stuffed lemur rests. The most attentive will see the same animal represented in the mural of Mary Adshead that hangs in the billiard room and, even, in one of the wooden studs that adorn the roof of the great Tudor room. It is the famous Mah-Jongg, the lemur that the Courtaulds bought at Harrods and had as a pet for fifteen years following the popular fashion of being accompanied by exotic animals. Mah-Jongg, whom the couple worshiped, lived in their own room and freely entered and left it by means of a bamboo ladder that has also been preserved. He died in the house in 1938.

To get to Eltham Palace, it is best to take a train from Charing Cross to Eltham station and take a walk in the direction of the house. It is not the only wonder of the area. Just a few minutes away from Eltham Palace, stands Severndroog Castle, a fantastic tower that looks like an outflow from Rapunzel’s tale and from whose summit you can see London in all its basta, and often anguished, amplitude. 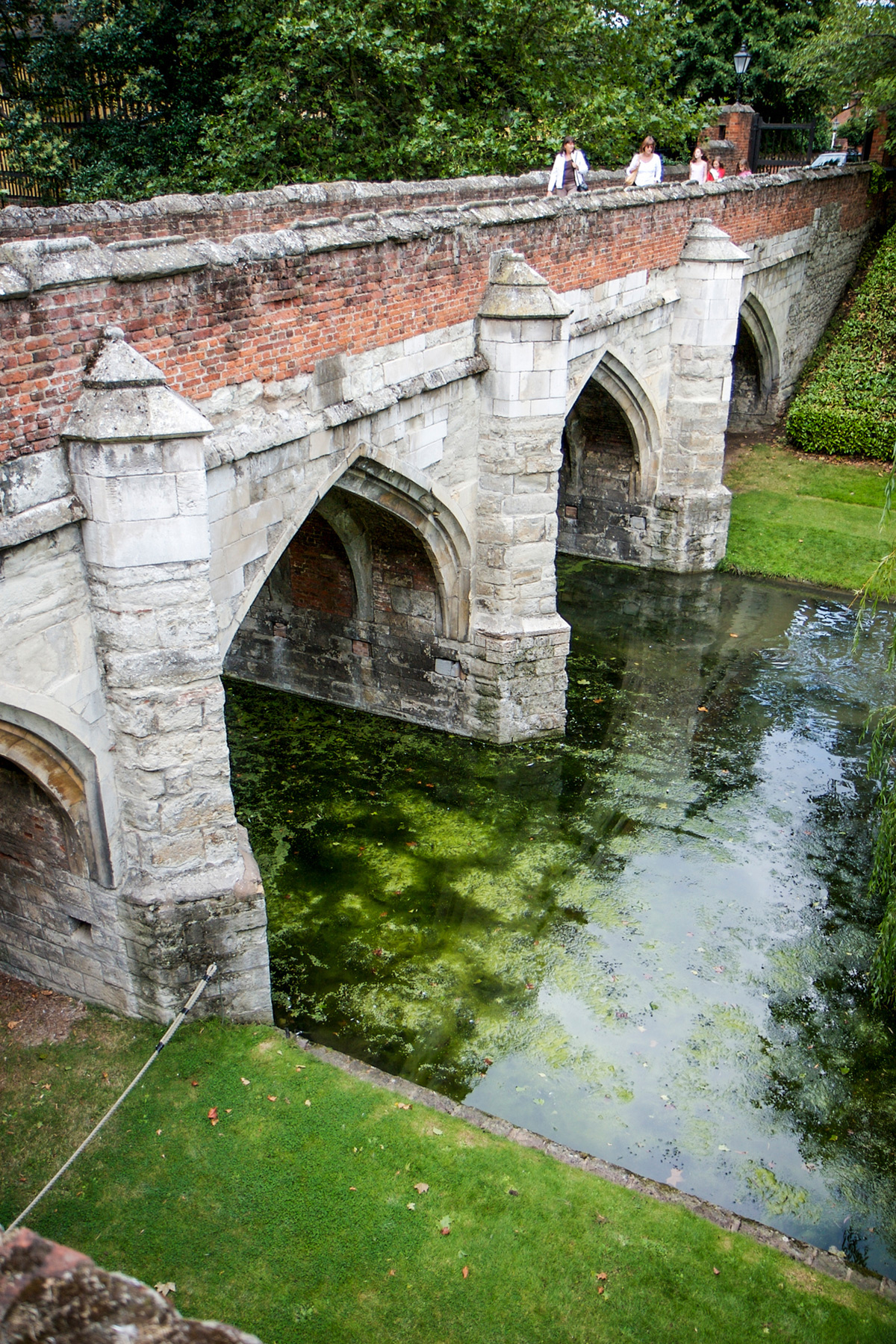