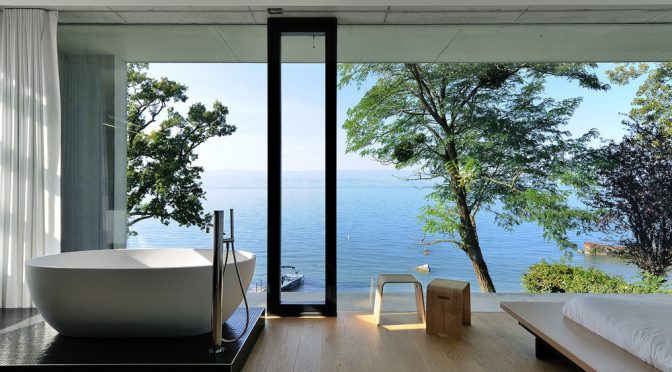 Simple and sophisticated, this house by Pierre Minassian shows two volumes that, like superimposed boxes, open onto the waters of the lake next to which it is built. 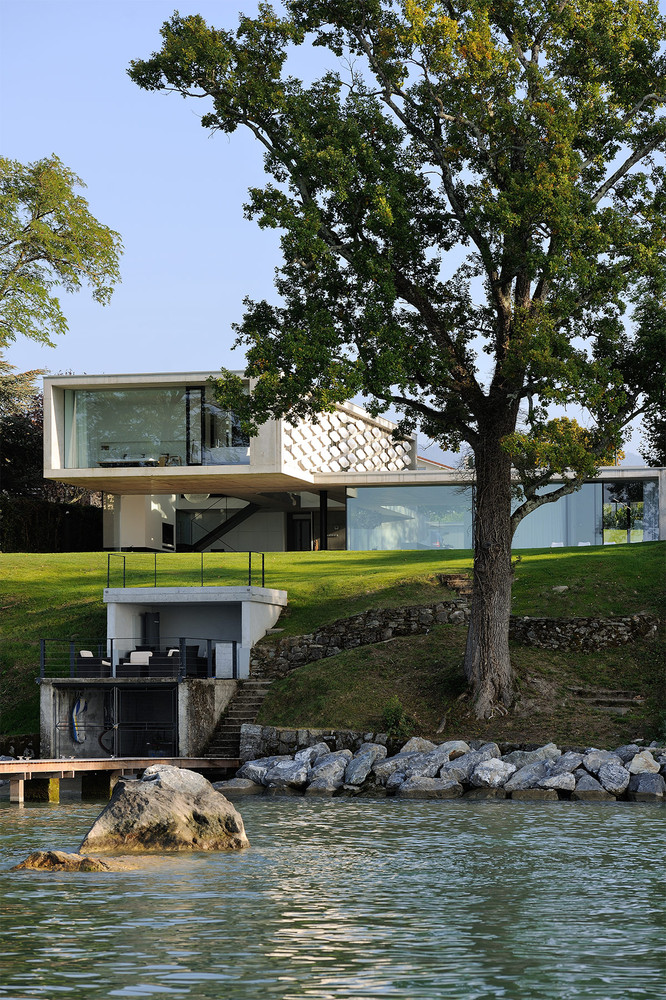 Built on a small slope that ends at the shore of the lake, the project meets one of the wishes expressed by the couple: the house was totally interconnected with the beauty of the landscape. The privileged location of this project becomes, in itself, one more architectural resource in this project by Pierre Minassian, from the AUM architecture studio. The three years of work resulted in a two-volume construction with a seemingly simple but really sophisticated structure. 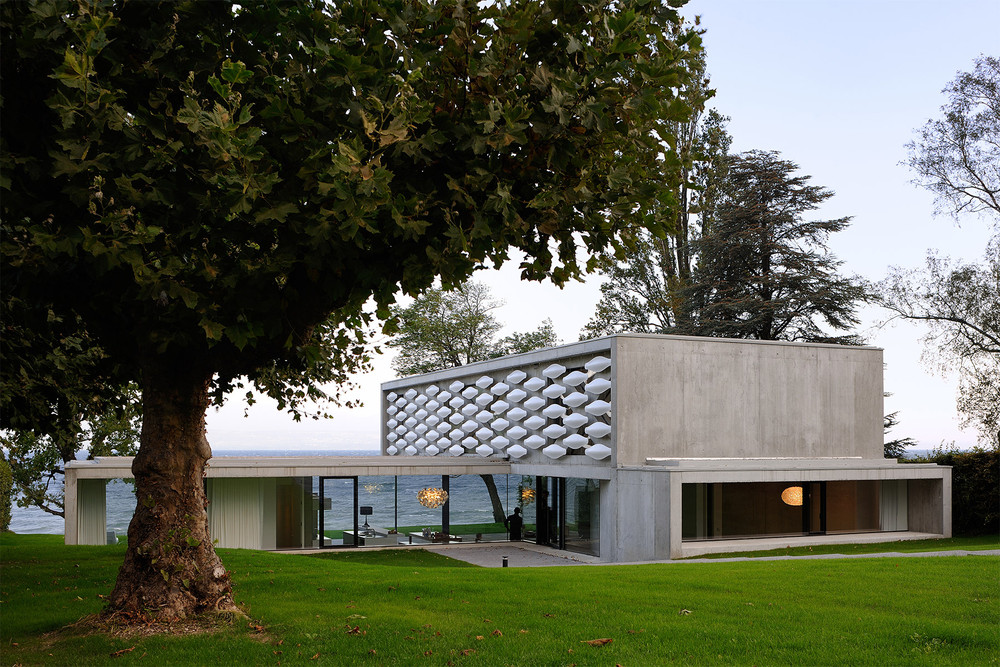 On the lower level there are the common areas of the house, such as the living room, the kitchen and the dining room, as well as a guest room and a play room for the children. In all rooms, the large glass walls in both facades meet another of the owners’ wishes, who expressed that they did not want to obstruct the views towards the lake from the back of the building.

Thus, the lower volume is shown wide open. The upper volume seems, therefore, to be floating almost above the lake. The entire upper floor rests on a column, giving the structure great lightness. At the intersection of the two volumes, a double height has been maintained, which allows the hall to have a large volume and house a reception room. 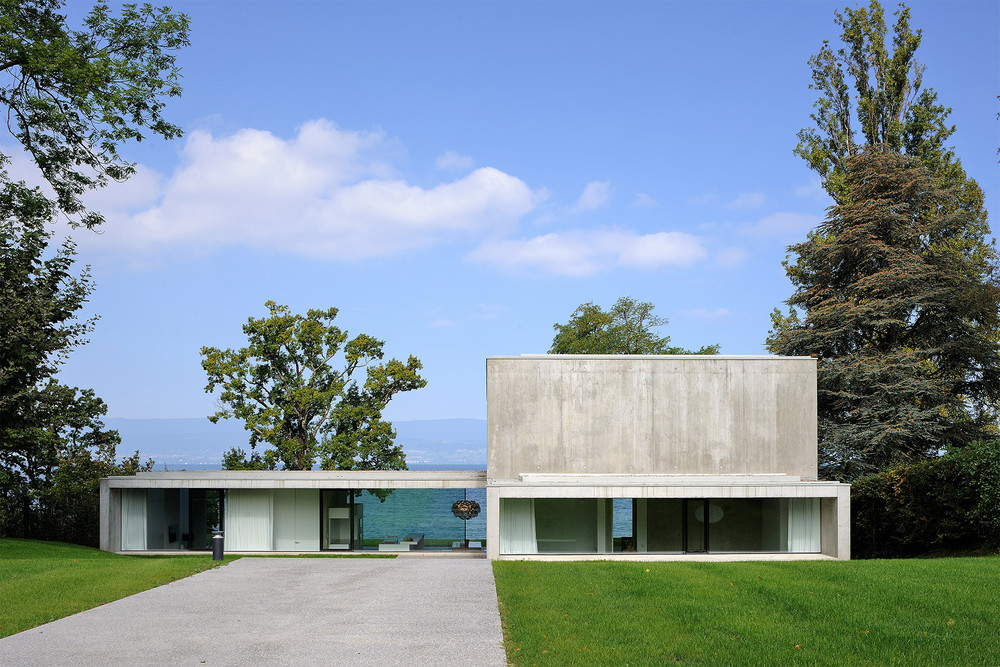 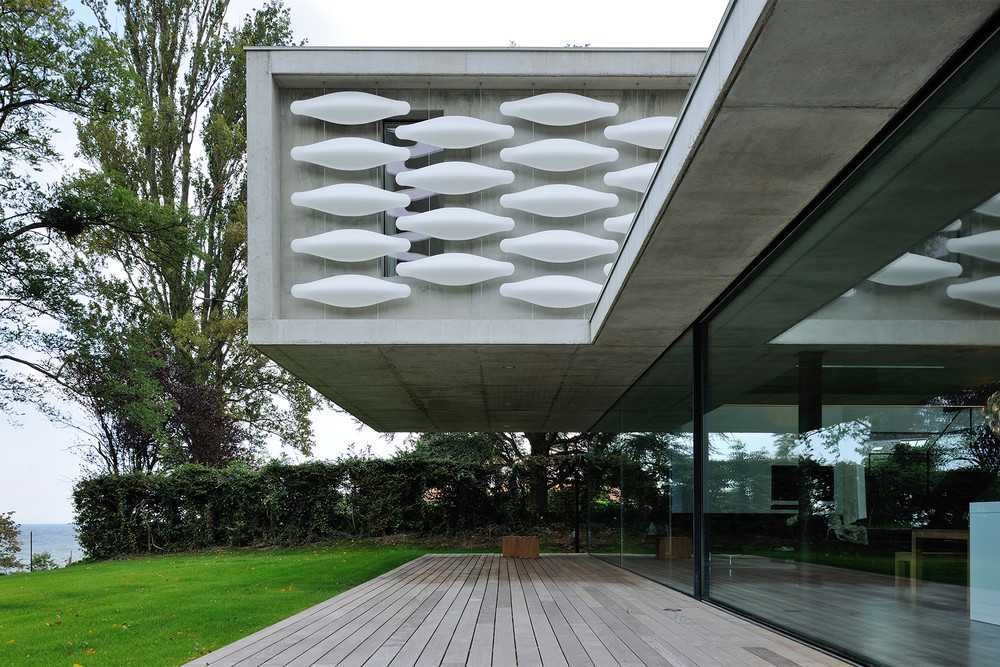 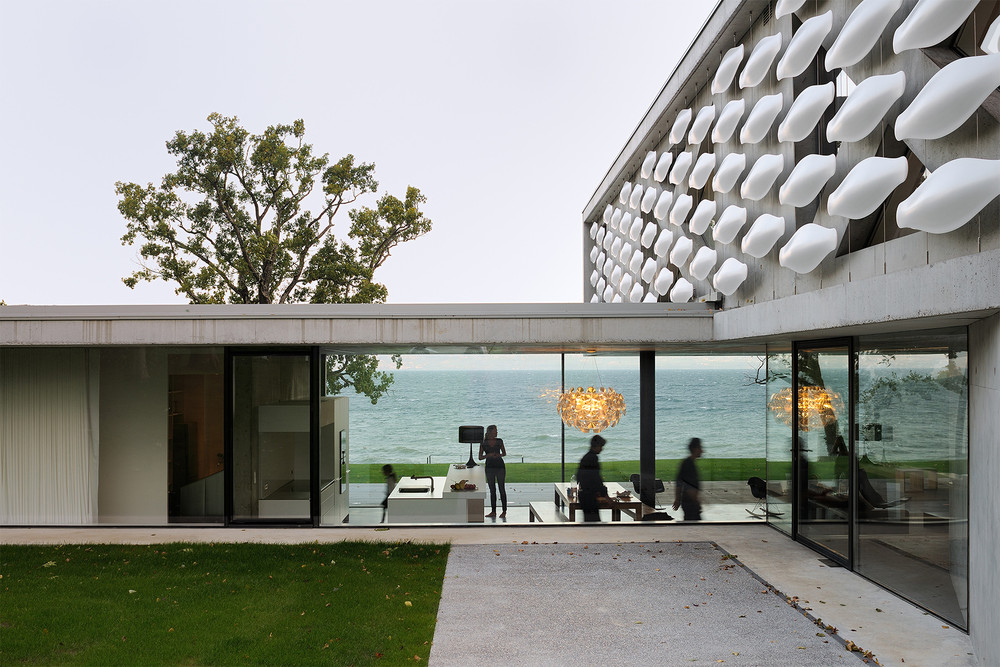 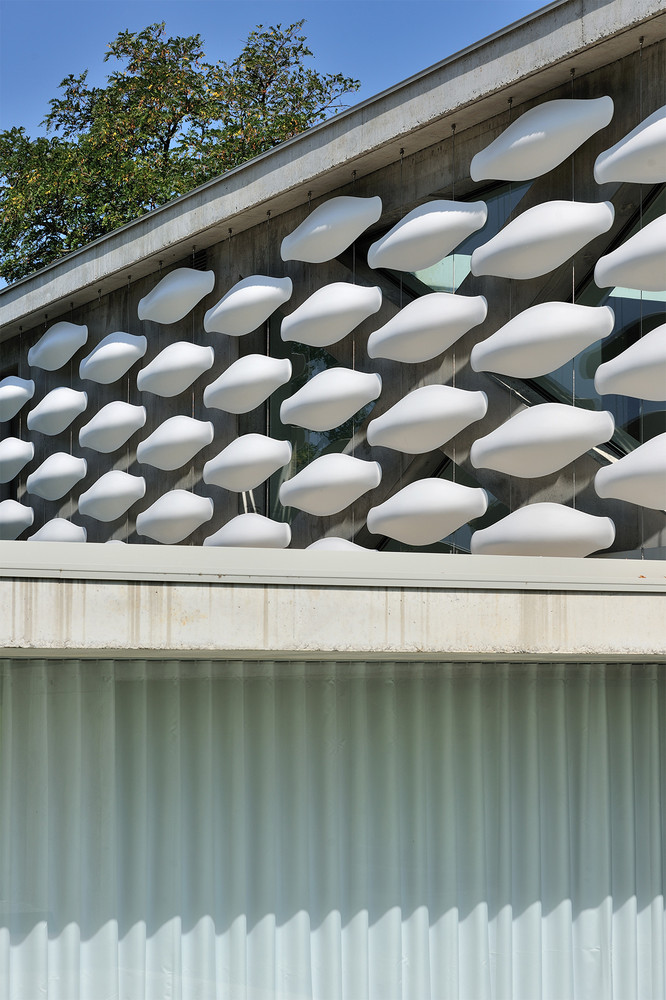 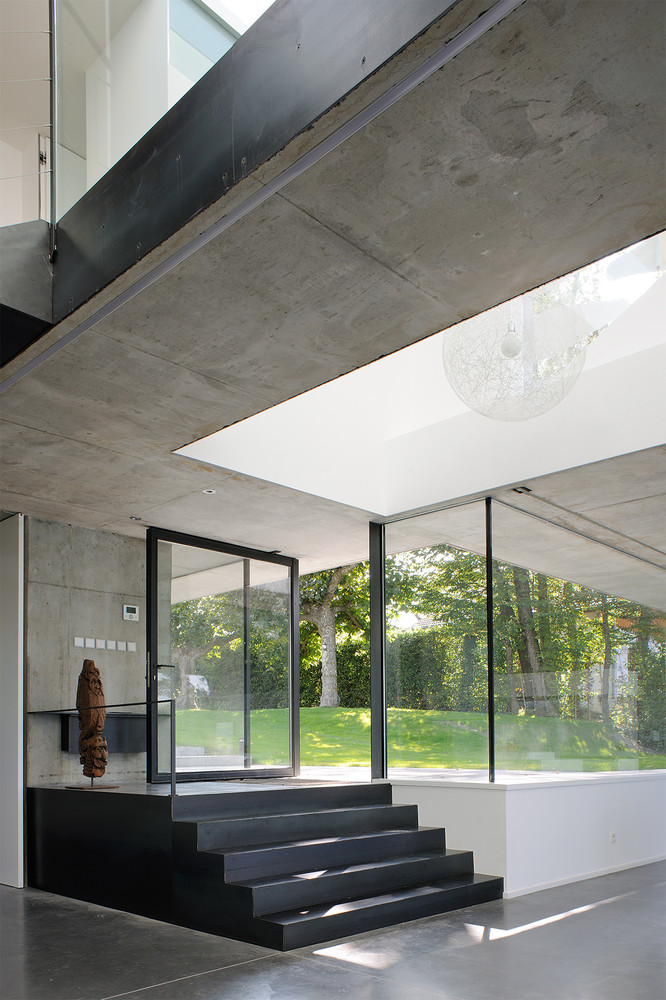 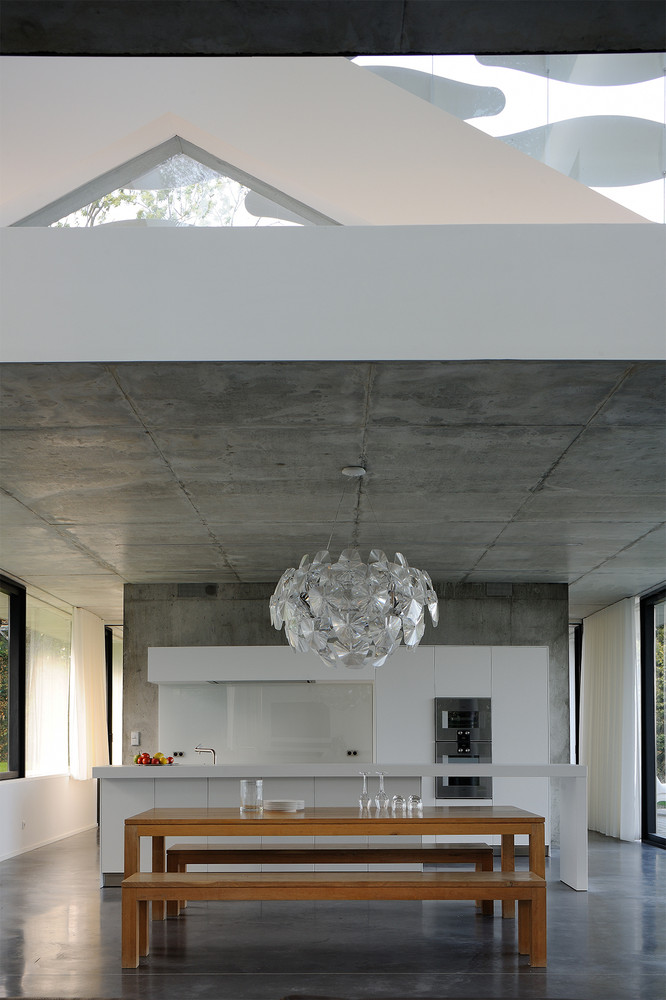 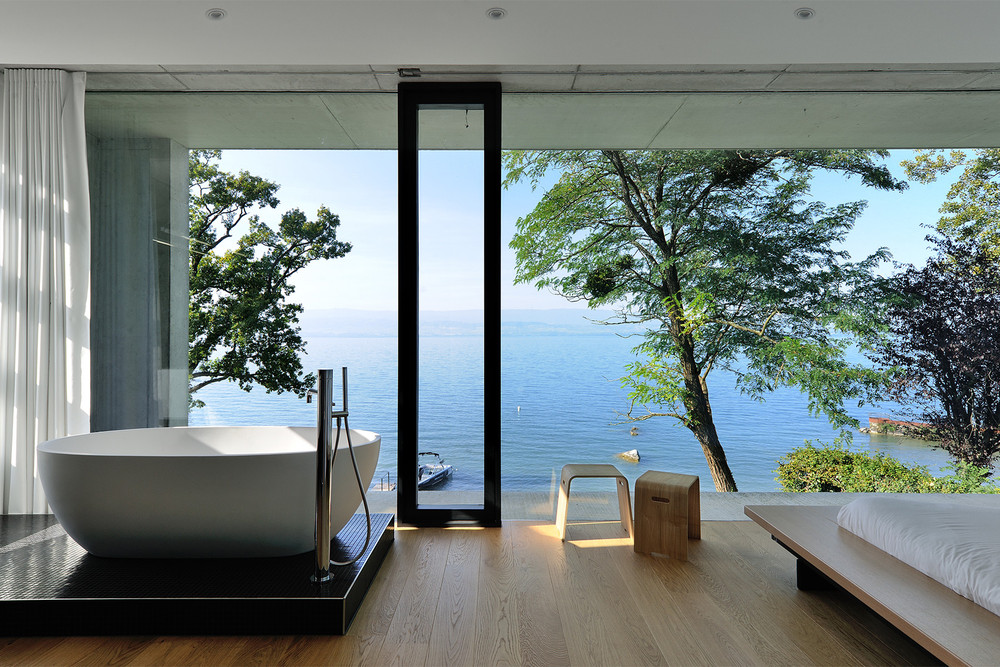 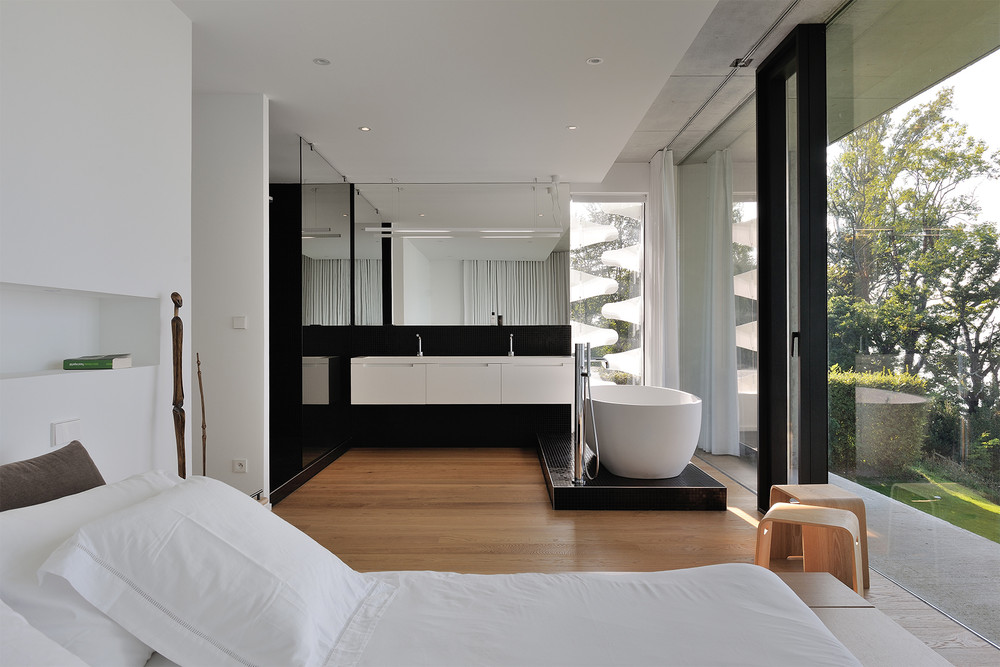 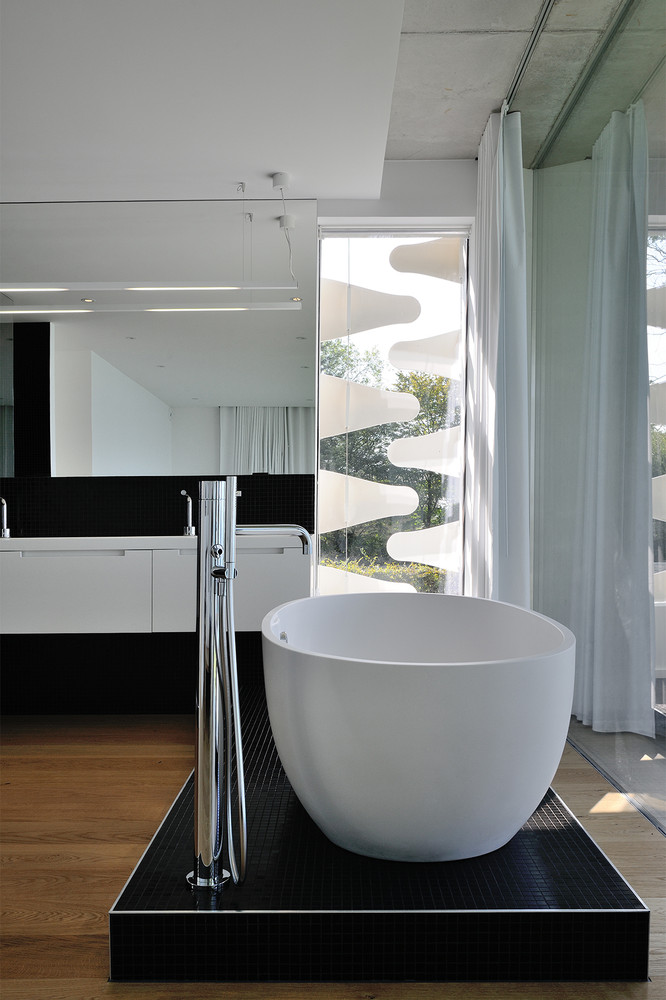 A bridge, which extends across this space, creates the link between the parents’ room, overlooking the lake, and the children’s rooms, overlooking the garden. In this way, the rooms appear interconnected from any point of view.

At the environmental level, the construction complies with the requirements of the BBC label and technical solutions have been developed to conserve the concrete in its natural state in the exterior and in a large part of the interior. The roof is insulated with a system of thin insulating panels and the reinforced concrete walls have switches and thermal insulation zones.

On the other hand, keeping the signature of the architect Pierre Minassian, in one of the facades, the west, a lattice has been installed with geometric shapes, made of Corian ® resin. This giant curtain controls the entrance of energy and heat in the house and generates a sensation of movement of lights and shadows in the interior.