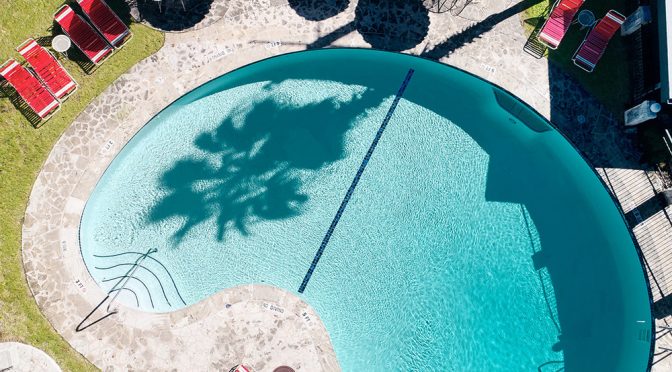 We have found the perfect hotel for a ‘road trip’ to the United States. With its ‘ultra kitsch’ design, the ‘Austin Motel’ of Texas is the best passage for a time travel, a tour of the 50’s. 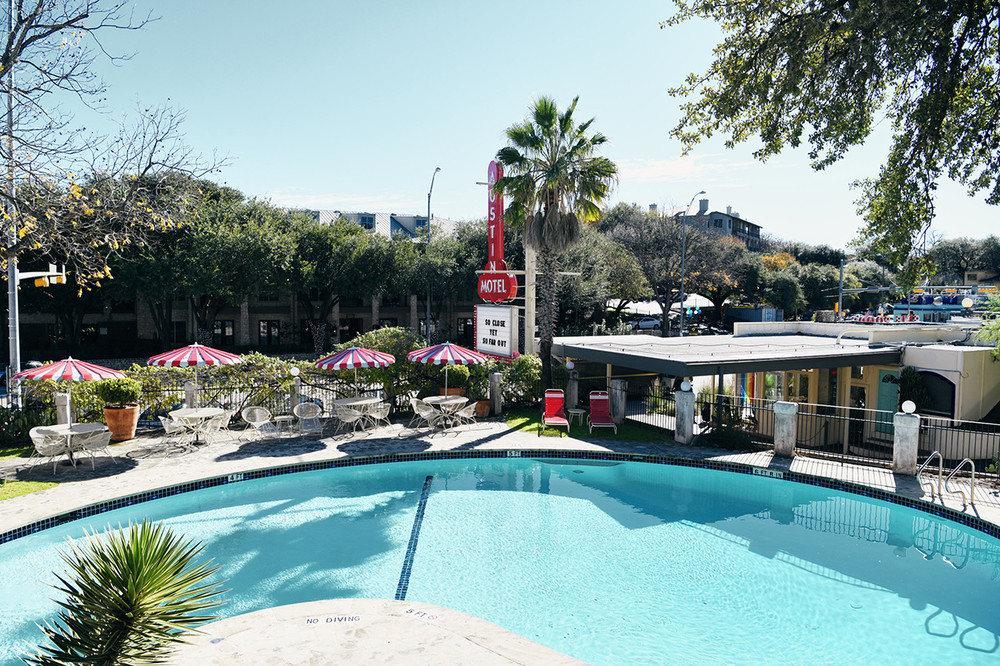 For several months, Austin is the fashion city of Texas, technology companies open offices here and there, entrepreneurs launch startups and more and more cultural events are organized; the offer of restaurants and hotels like the Austin Motel – inspired by a trip to the road motels of the 50s – is also growing. Although the establishment has existed since 1938, it has just come back to life thanks to Bunkhouse (the company led by Liz Lambert), which operates the hotel after a complete renovation that has given great importance to the preservation of the history of the place, turning it into the perfect place to start a road trip through the USA. 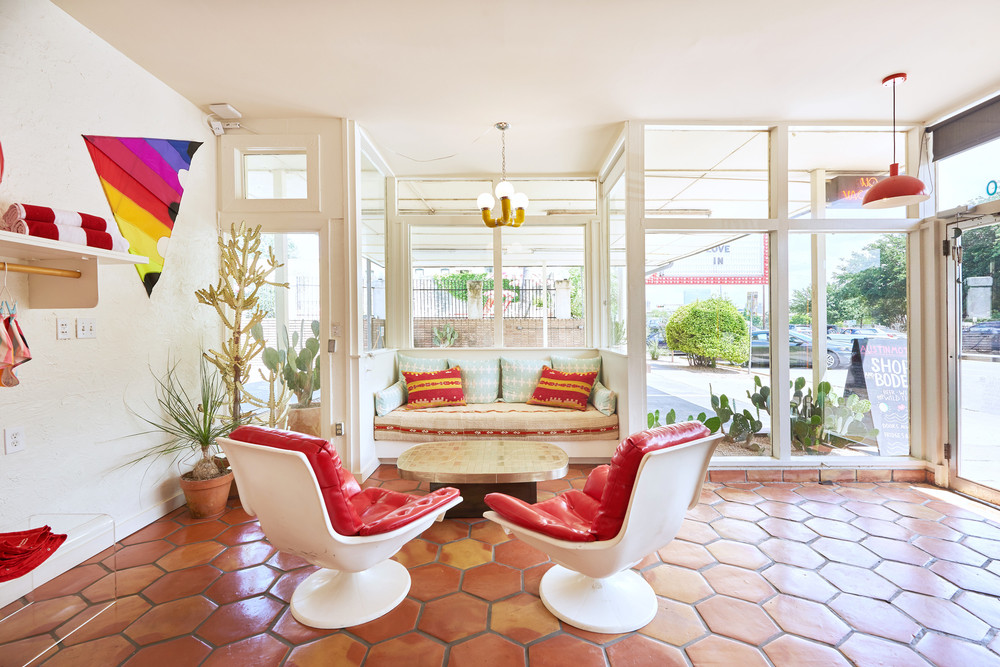 Highlighting the authentic character of the motel – which is located a few steps from restaurants, bars and shops – was essential to honor the spirit of Texas. Several original elements were preserved, such as the façade and the iconic bright red neons. The lobby, which is called Bodega, was conceived as a hybrid space that also functions as a store. On the other hand, in each of the 41 rooms -whose surface ranges from 15 to 48 square meters- there are vinyl beds, patterned papers and bright colors that combine with the rest of pieces of furniture, wooden desks, inspired chairs from the 50s and Mexican terracotta tiles.

Outside, it was also opted for retro air, in particular, the pool with its peculiar shape was surrounded by vintage loungers. This area occupies the center of the property and also has chairs and tables of mid-century styles with classic white and red umbrellas. Liz Lambert collaborated with local professionals such as Mark Word Design, who was in charge of landscaping, and Jack Sanders and Design Build Adventure, who made the pool bar a reality. 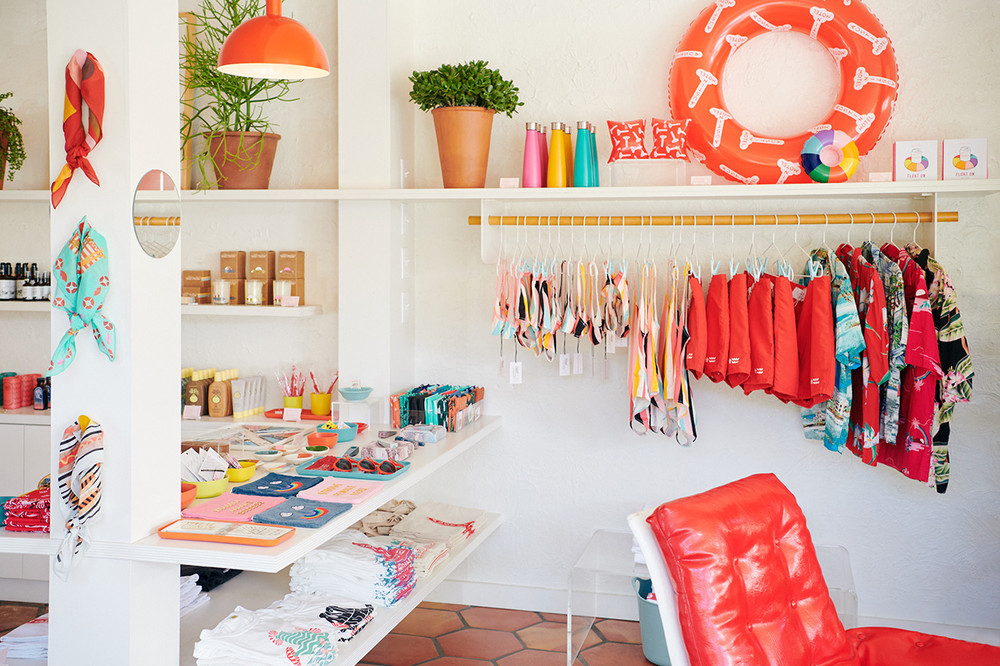 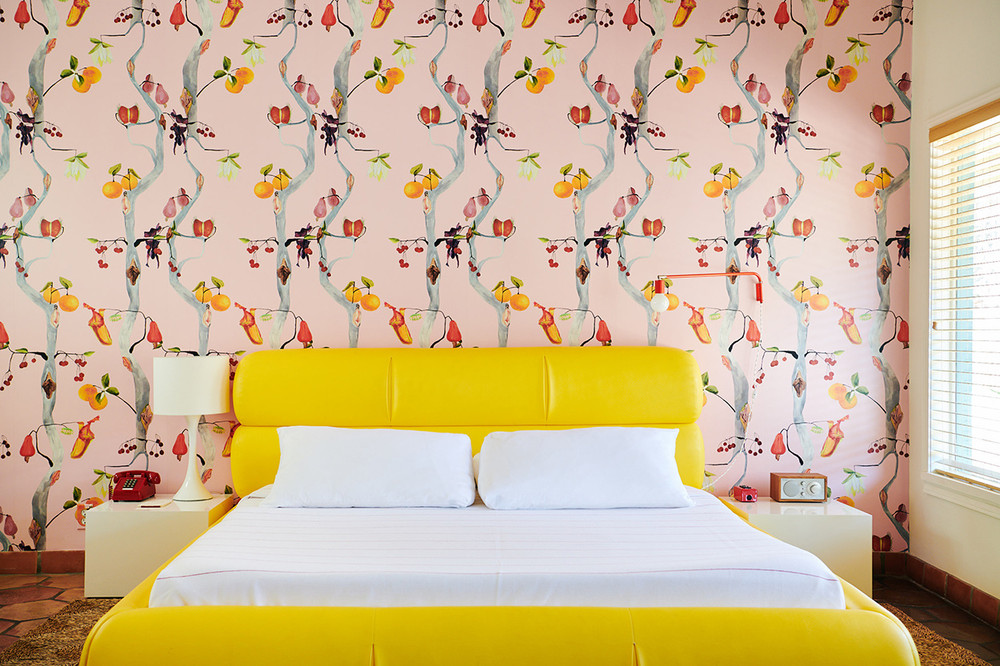 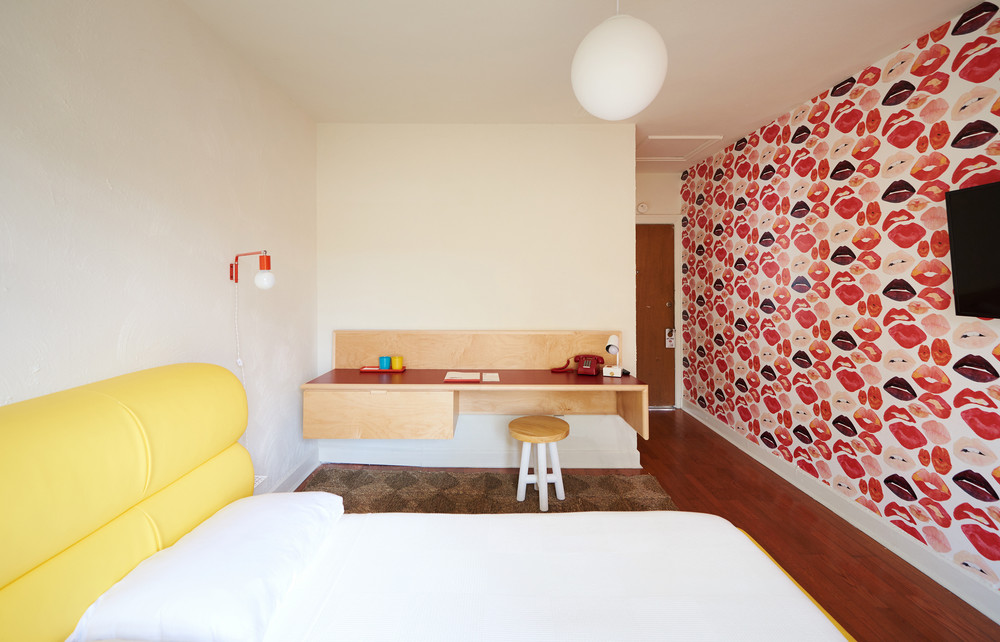 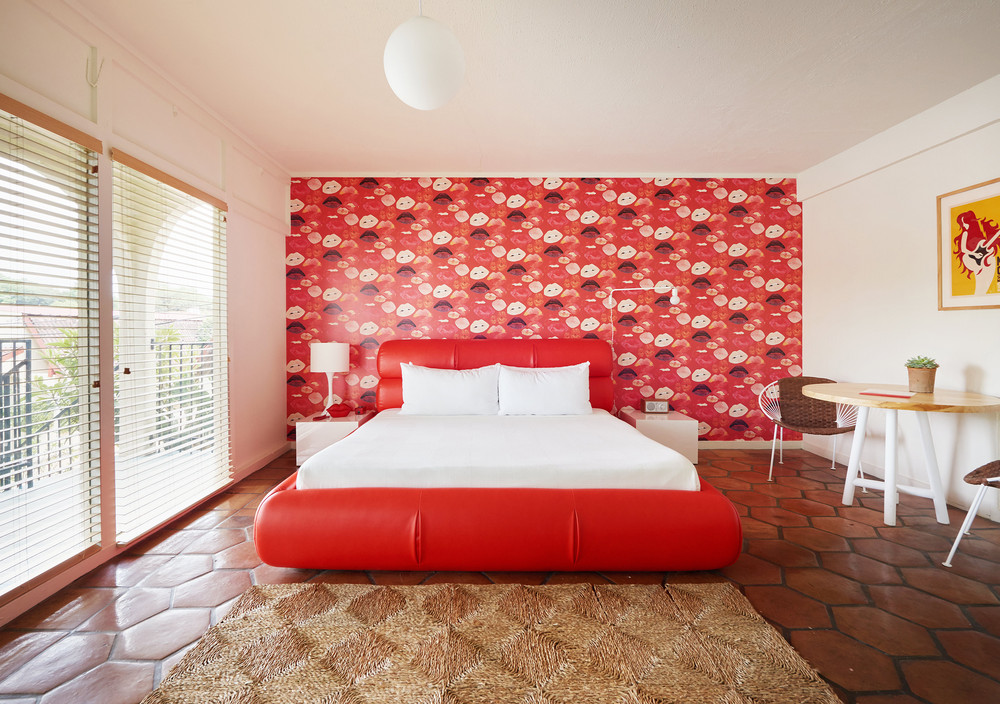 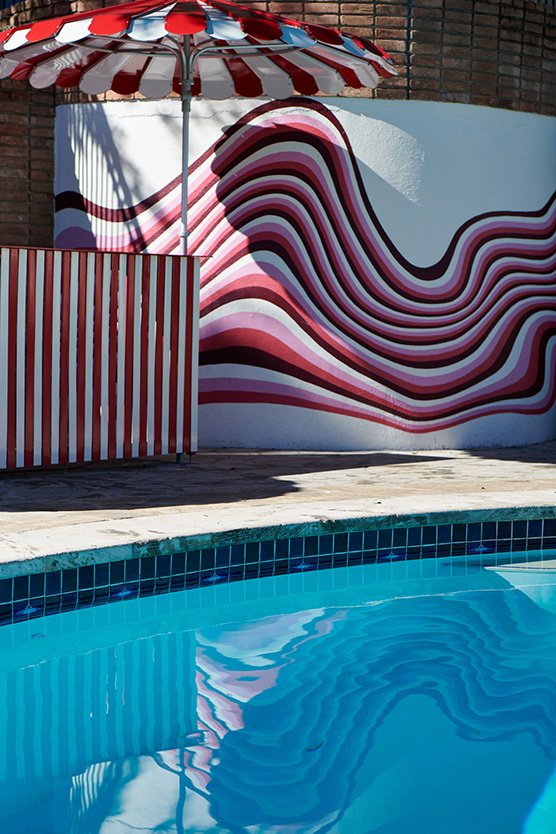 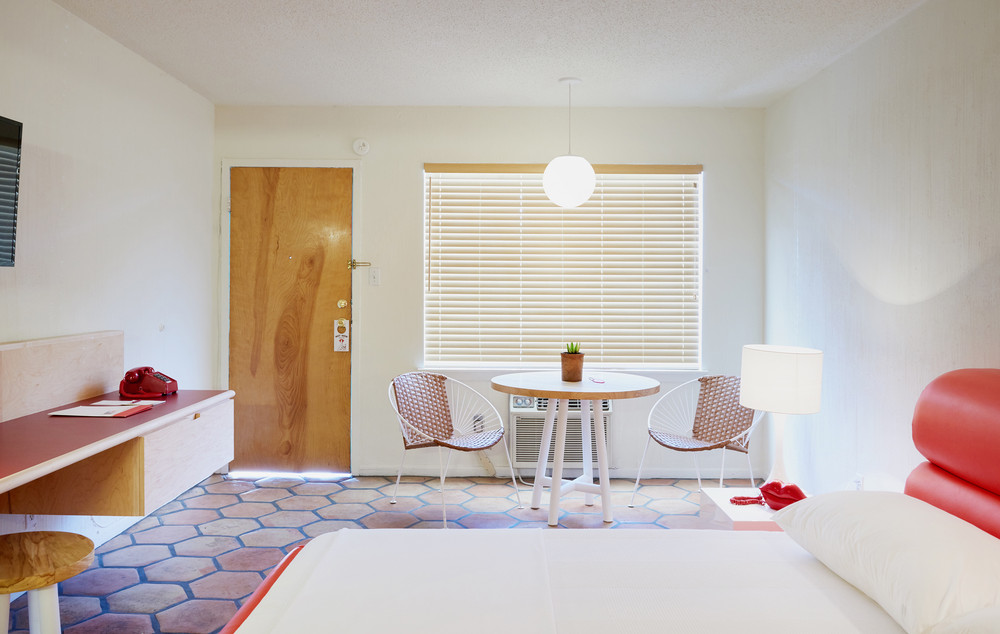 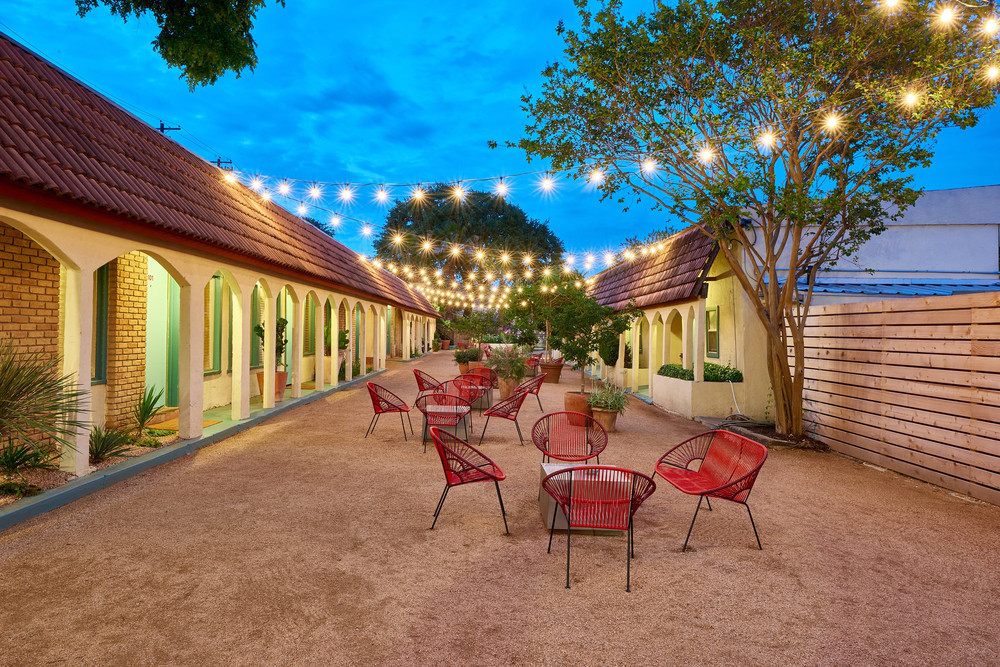 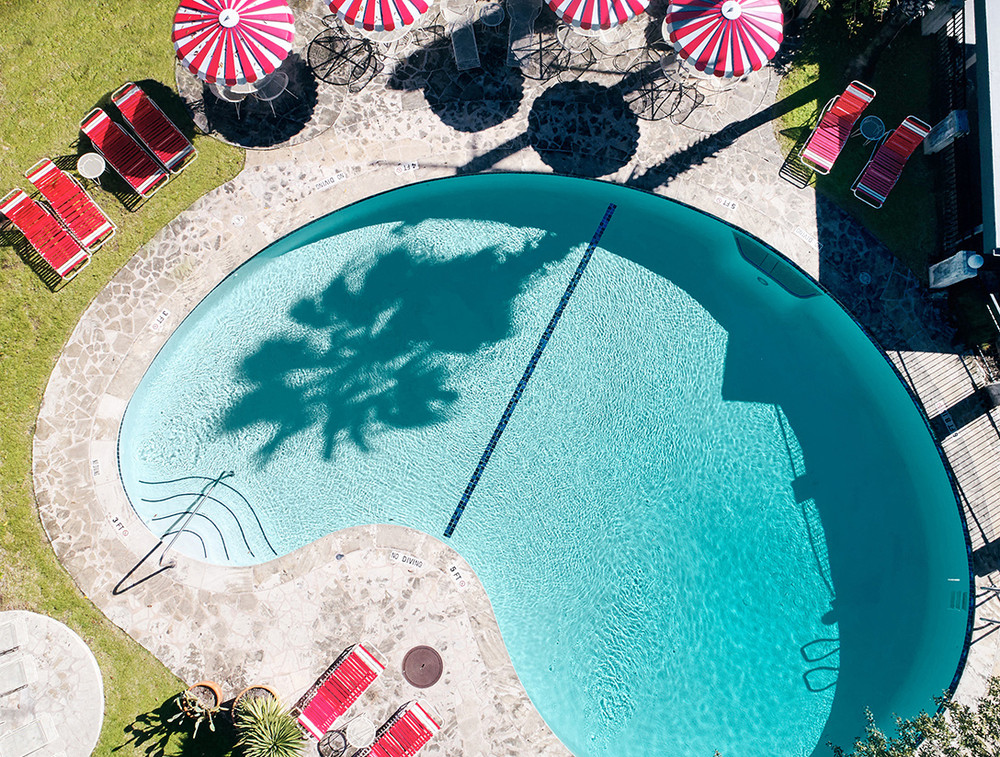 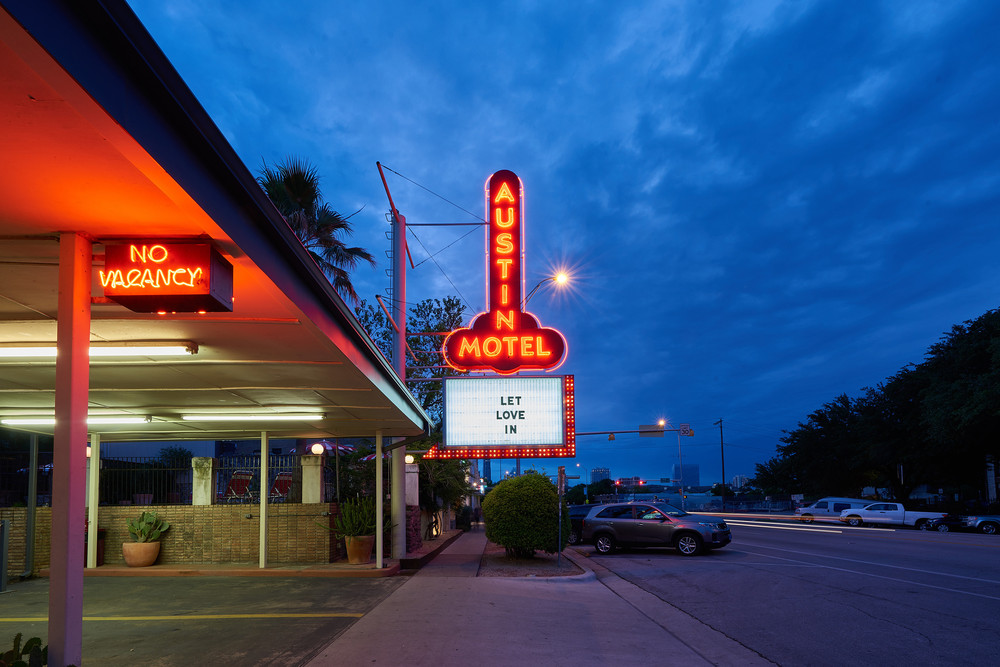 In addition to the restaurant Joann’s Fine Foods, with Mexican-influenced dishes and the rooftop terrace, which will open soon, Austin Motel has a cultural program that focuses on music and dance in a kitsch environment that we love.