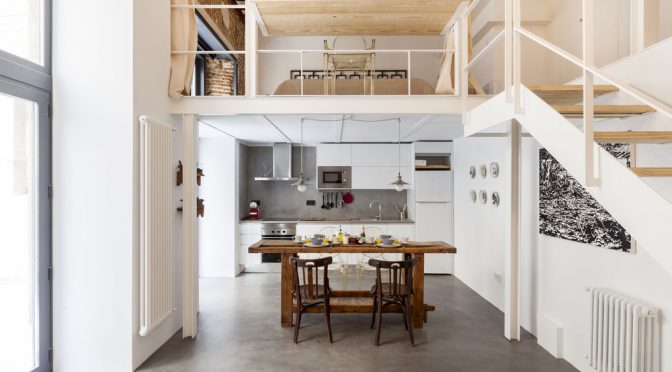 After 50 years abandoned and serving as storehouse to the legendary decorator Duarte Pinto Coelho, this space in an 18th century palace in Madrid has been converted into two apartments with respect to its past. 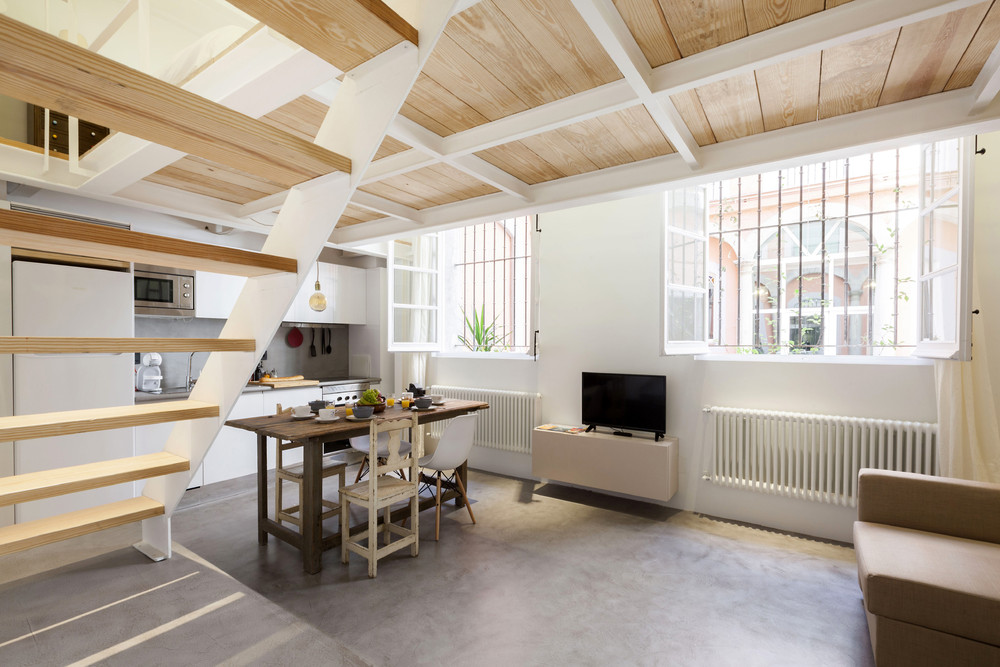 When his new owner found this space, all its walls transmitted something difficult to achieve in a new building: History. The palace in which it is located, in the neighborhood of the Latina of Madrid, dates from the s. XVIII and still retains a part of the medieval city wall, original courtyards from the time it was built and access for carriages. In addition, the last owner of the apartment had been the decorator Duarte Pinto Coelho, who used it as a warehouse and carpentry laboratory, so he seemed destined to have a second life at his height. 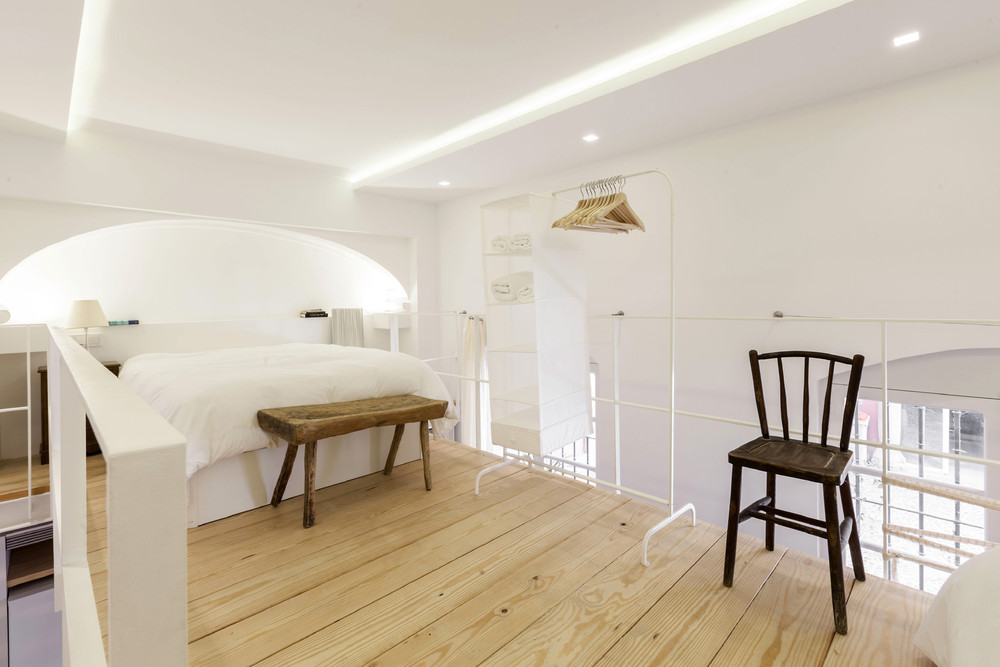 As explained by its new owner, Micol de Vicenti, the space was considerable and was between two large patios so with the architect Sabina Rossignoli, decided to make two tourist rental apartments of similar dimensions to what he called El Ventanal and El Arco. “The work was complicated because the space was abandoned for more than 50 years. We had to do all the installations, treat the humidity, reinforce the structures of the walls … “, points out Micol. Thus, El Ventanal has 50 m2 on its floor and 20 at the loft while El Arco has 40 and 12, respectively. “We have made the most of space espcios doing attics. They left space for the windows so they could be opened and we managed to keep the originals so that as much light as possible would come in. ” 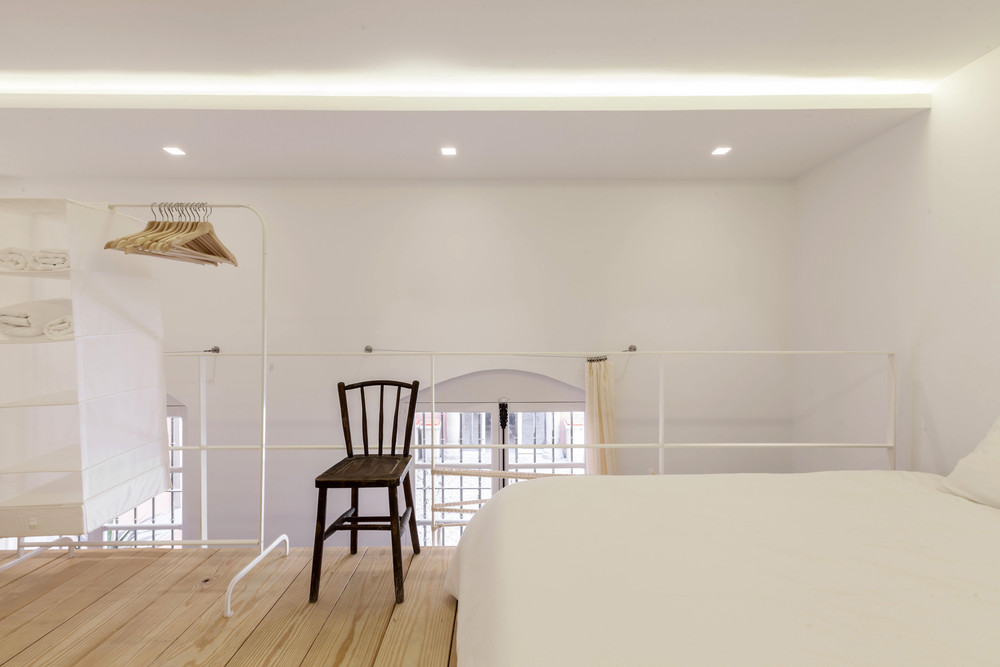 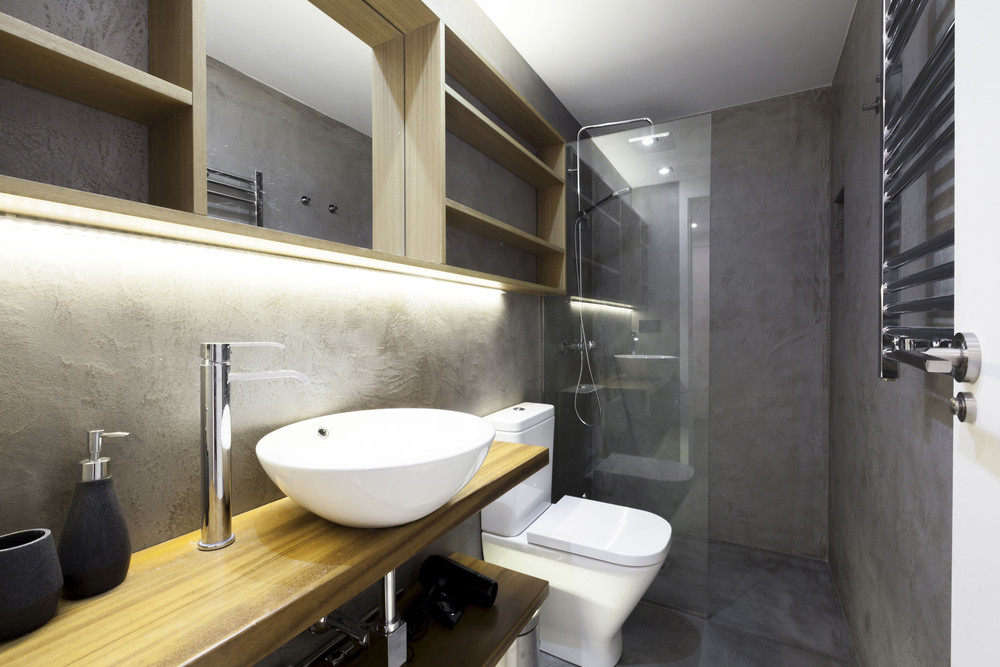 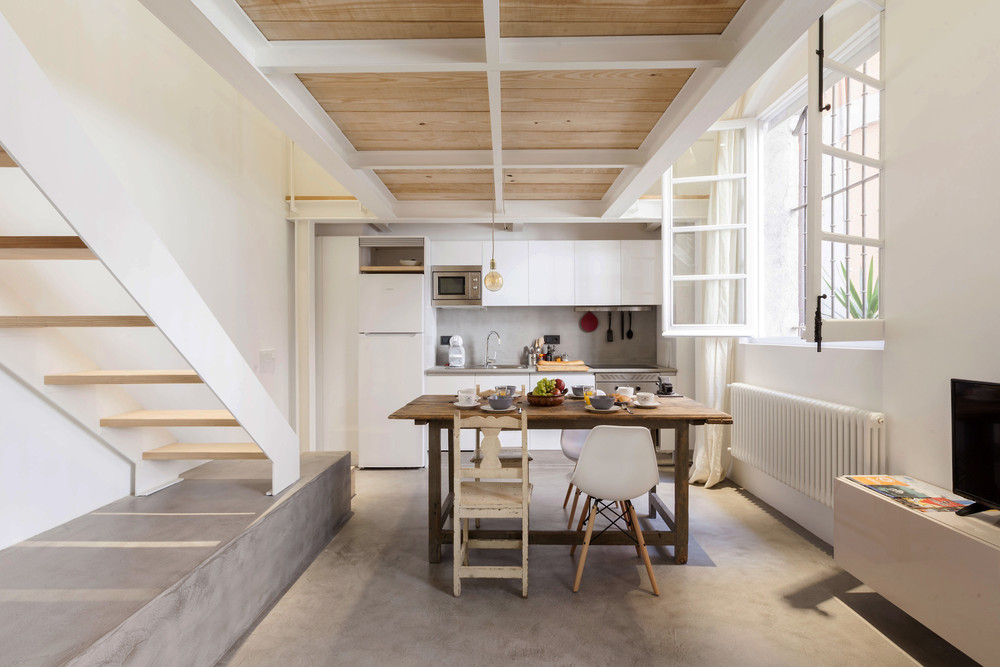 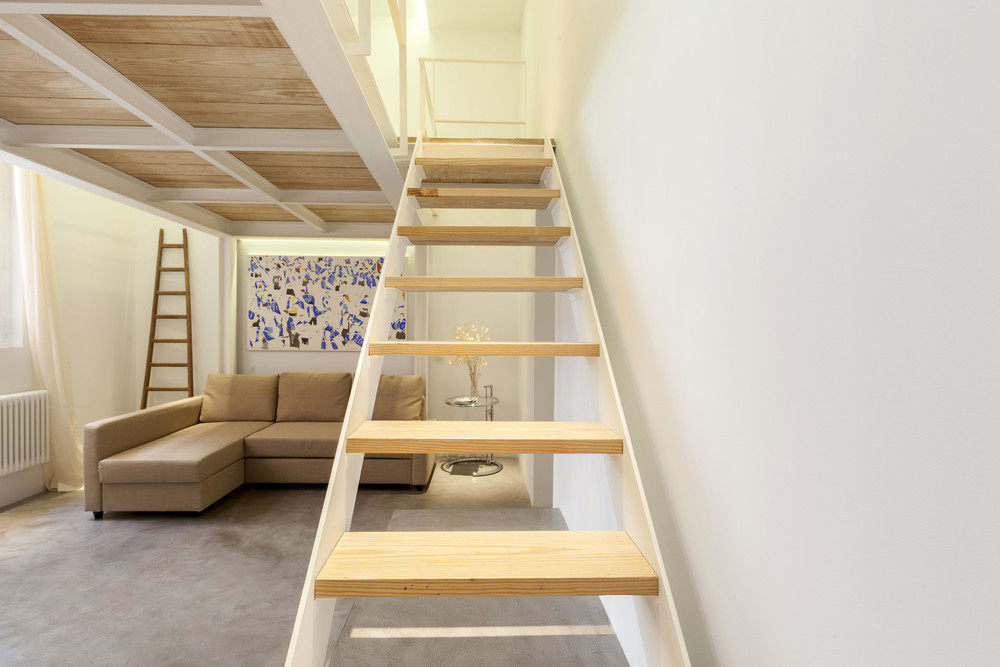 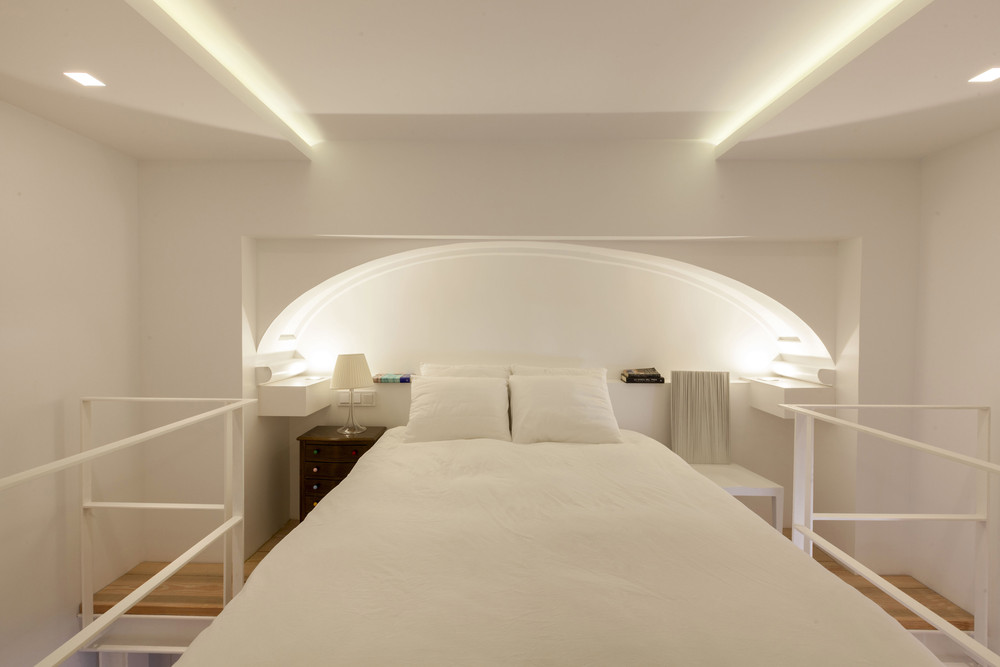 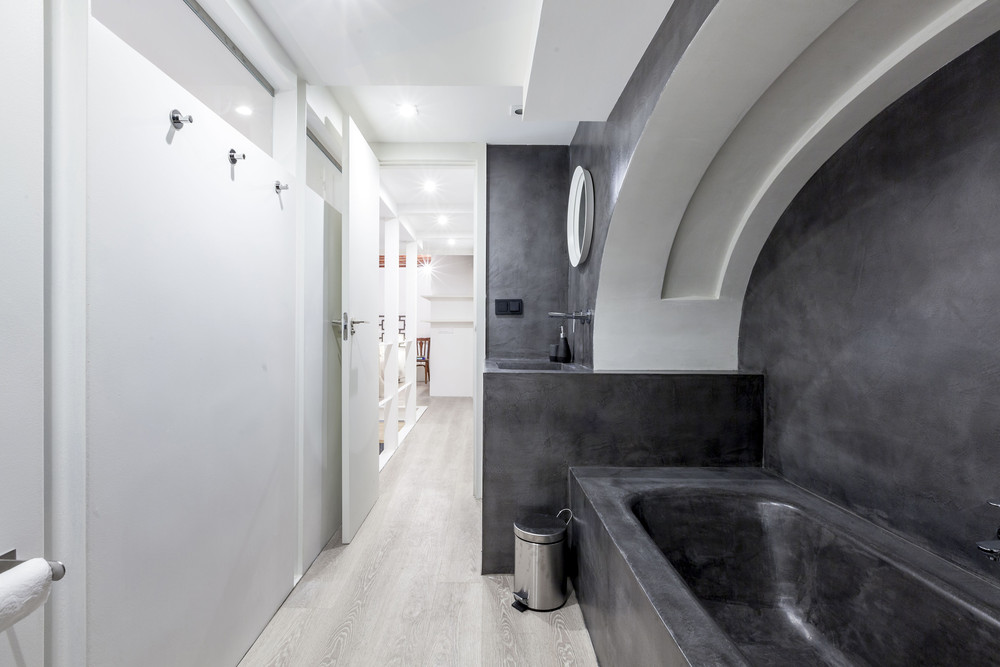 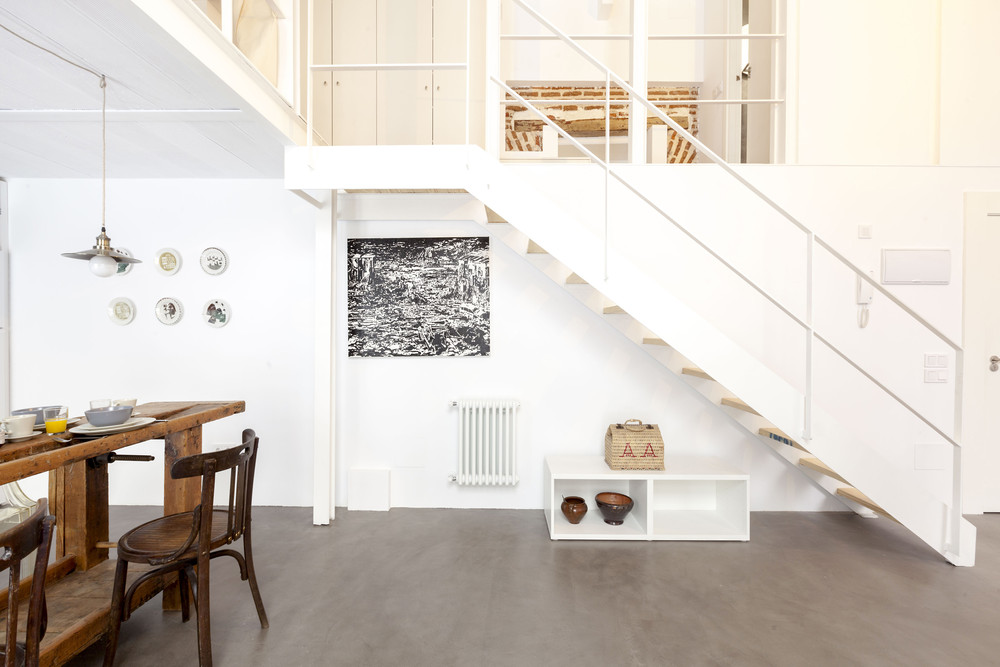 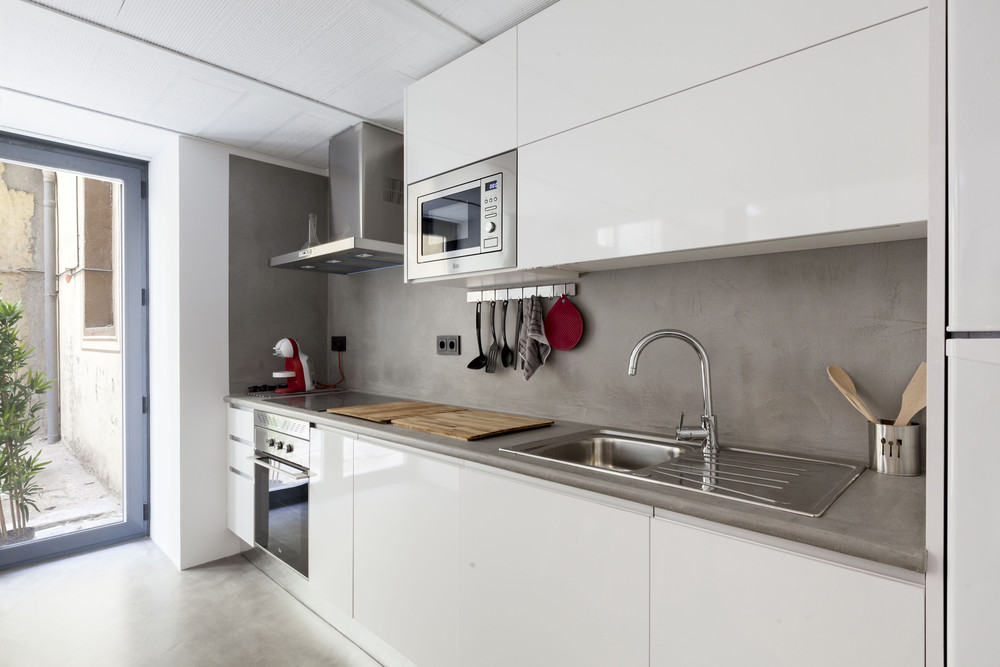 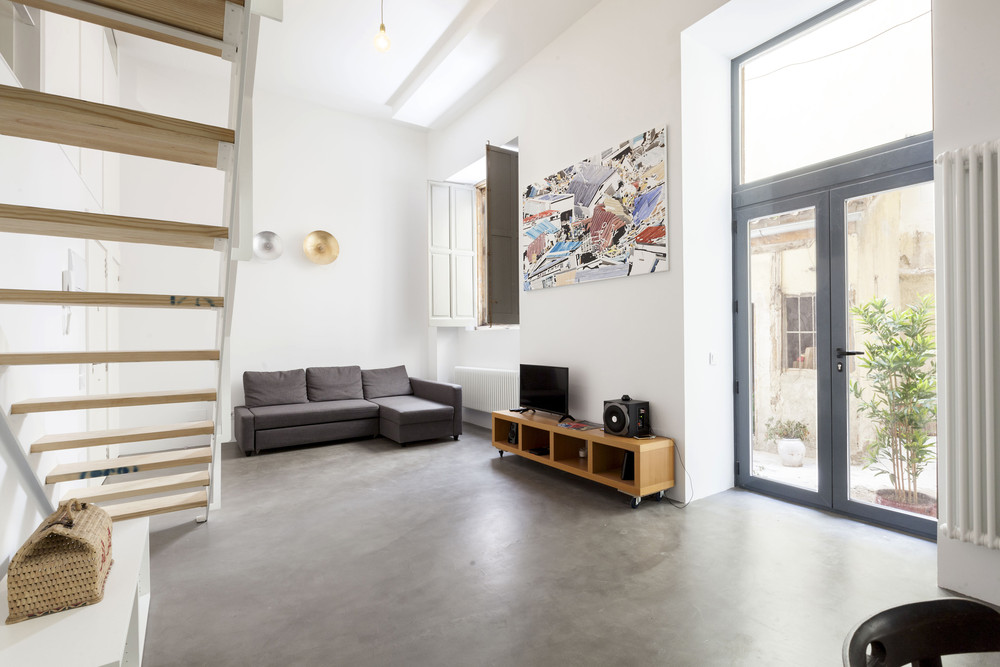 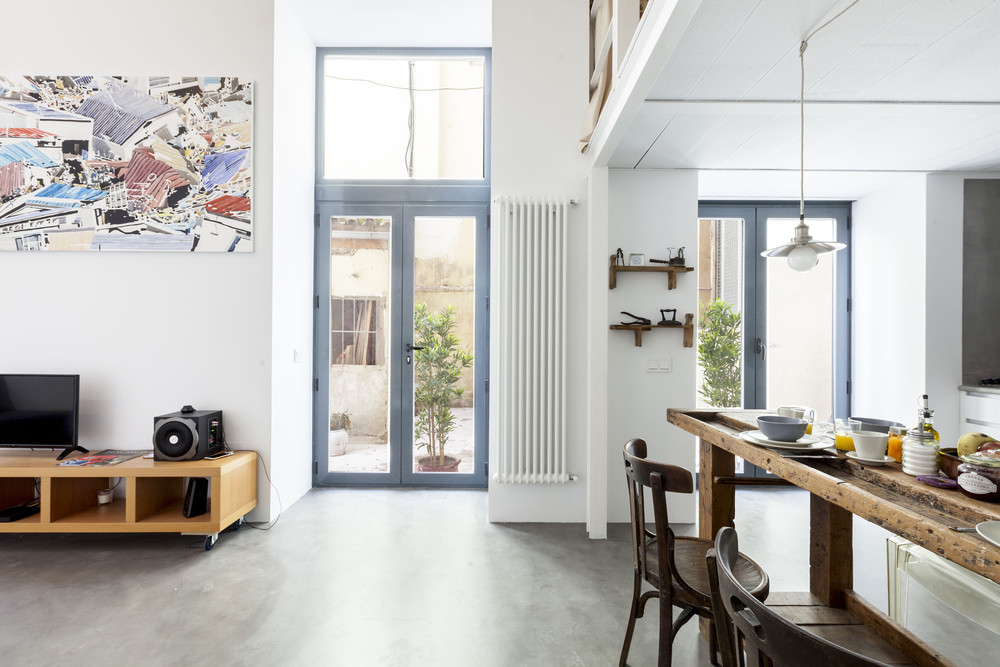 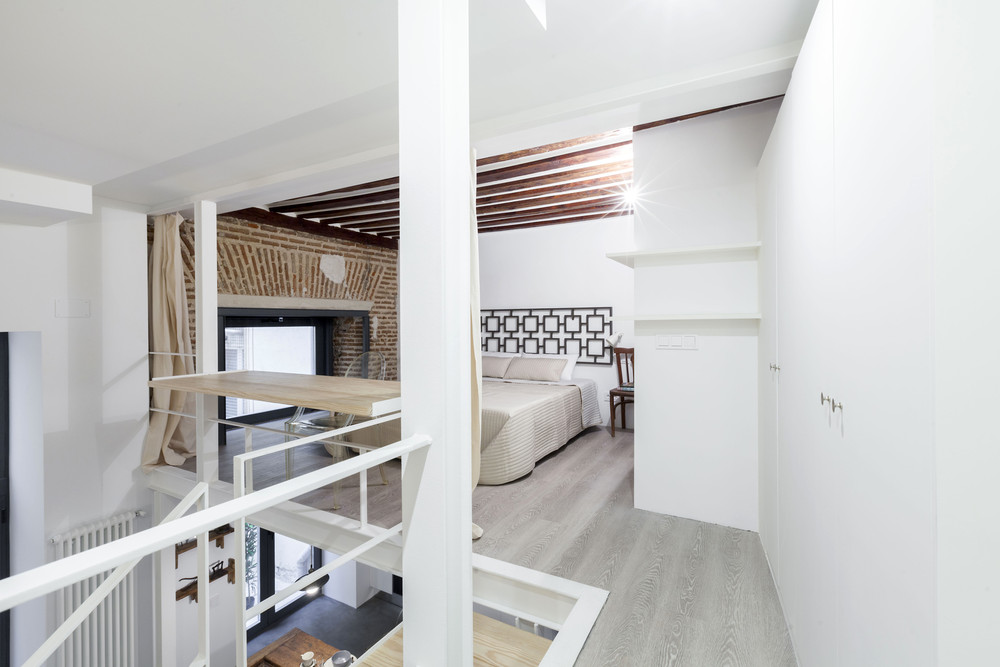 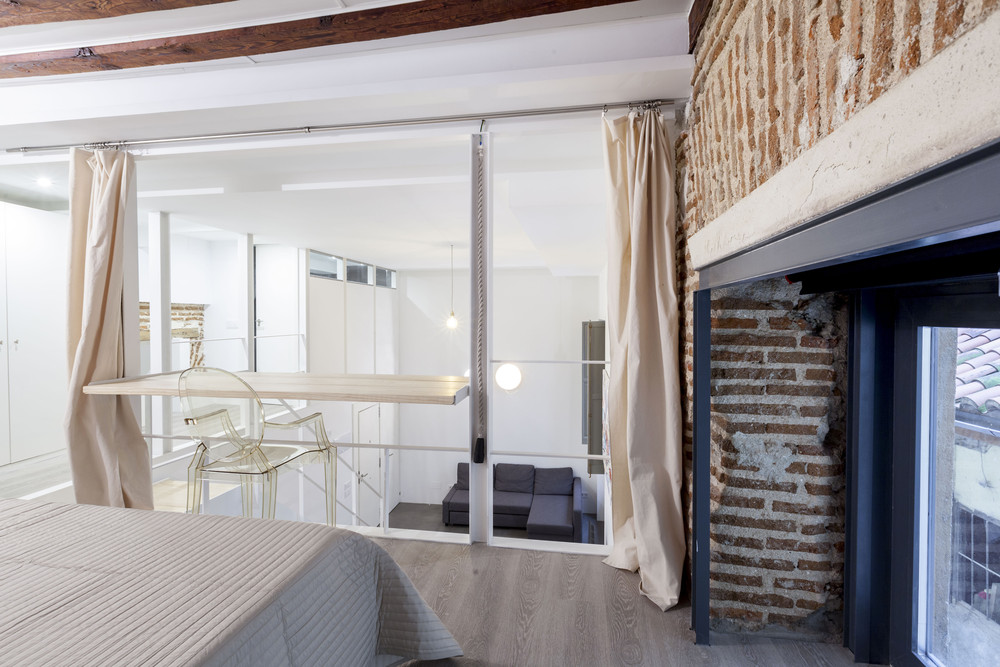 In the intervention all the original elements were conserved, like the arches that were old accesses to the patio, the wooden windows and the original brick and the wooden beams in the attics. The interior design was in the same sense, looking for a harmony between the historical elements and the most modern and functional decoration. A perfect example of this combination is the bathroom that has been covered with microcement but respecting the old arch of the room.

The microcemento is thus one of the materials that has been resorted to the most, using it in bathrooms, floors and countertops in kitchens. In the mezzanines, the wooden planks with which they have been built have been left in sight. “I had the fortune of finding on the floor many incredible pieces that belonged to Duarte Pinto Coelho,” says Micol. I reused everything. The wooden chairs worked by hand, the original carpentry tables with the iron screws, the carpentry tools that were on the walls … “. For the El Ventanal apartment, he reused a huge wrought iron fence by hand that he found on the floor as headboard of the bed.

In addition, to create “a contrast” he placed in both spaces furniture of pure design, such as the chair Janette de Edra that is served as a bedside table next to the bed of El Arco, which he mixed with a vintage piece. The chairs are also the result of this combination, with some old wood and others from Kartell and the Eames for Vitra. In El Ventanal he built two Padella lamps by Targetti and one by Vico Magistretti for Artemide.

Despite its nature as a tourist accommodation, Micol tried to give them personality and filled them with works of art by Virginia Frieyro “a young Spanish artist who is having great success especially in San Francisco and Dubai” and objects that, far from appearing generic, they had a certain soul. “I have a special fondness for the huge carpenter’s table in the Windows, in solid wood, because it is sober and perfect for space. I also love the hand-painted dishes of the 30s that I hung on the walls, two of them with scenes of nuns praying with rosaries in their hands, very representative of the Spain of that time, “the owner concludes.