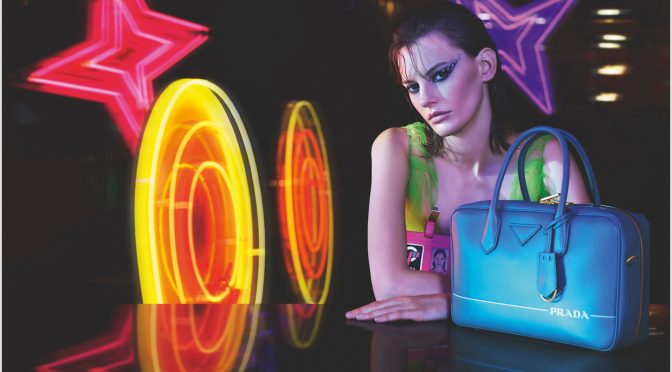 As hard as it might be, try not to stop and stare too long at Prada’s latest Fall 2018 ad campaign, which accompanies the Fall 2018 Neon Dream campaign film.

Photographed by Willy Vanderperre with creative direction from DJA, the campaign features model Amanda Murphy surrounded by a bevy of neon light props. Like the film, the images were captured in Las Vegas and feature vibrant, neon colors that grasp your attention and keep you intrigued. Which is after all, in this day of image overload, the goal of any great ad campaign, attention. 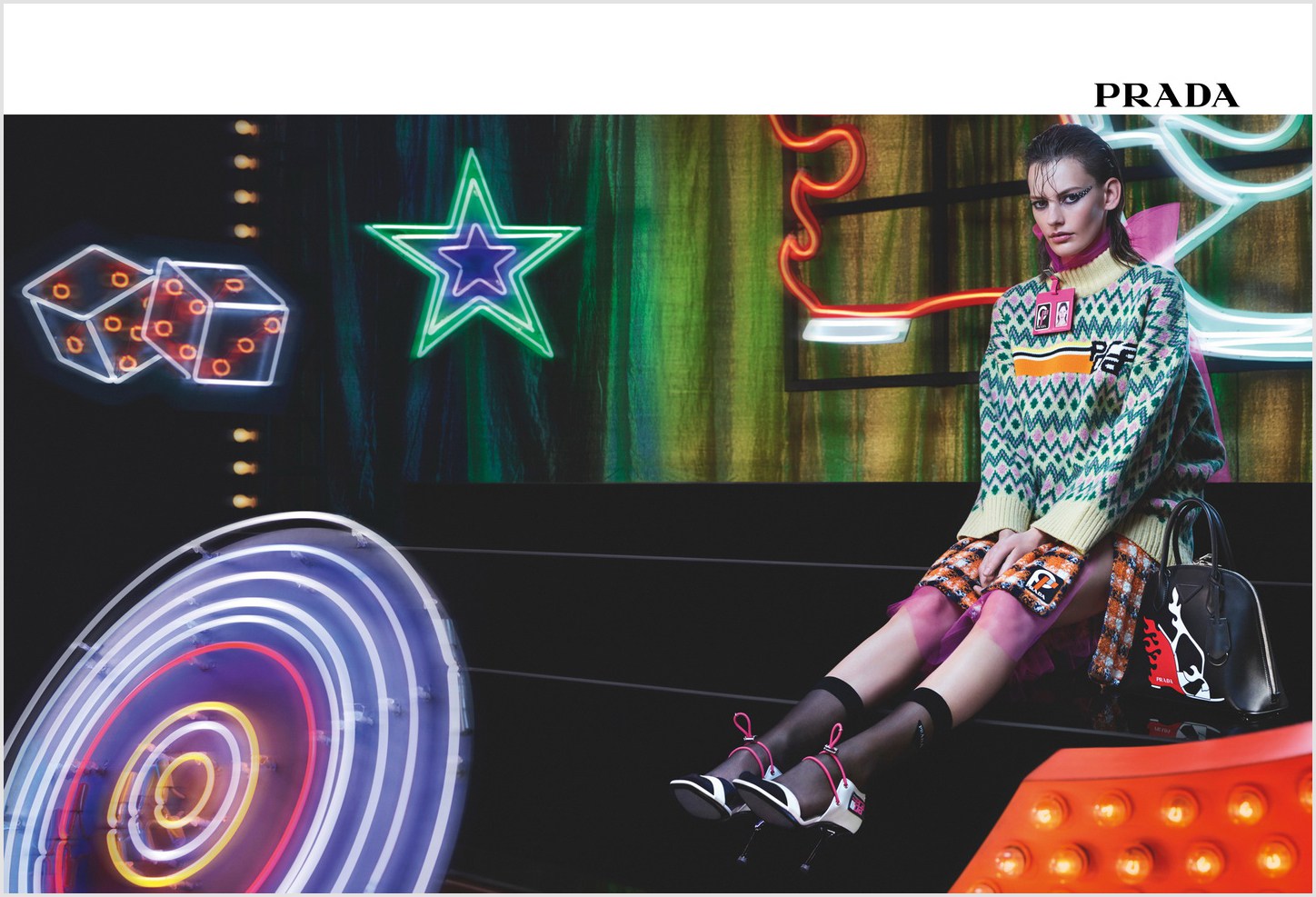 The campaign is a page stopper. One that gives pause and draws the viewer in to absorb all that is going on. The photography and art direction work amazingly well in unison to have the right balance of space coupled with a rich amount of interest. Plus it holds its own in digital.

Far too often today, fashion houses have been diluting their visual visuals with impact for the sake of volume. Essentially lowering their standards and production value to create voluminous amount of imagery to serve on social. Enough already. Quality images that create memory and brand value matter. Here Prada has done a stellar job of finding the balance and the Impression salutes Miuccia Prada and the team for rolling their neon dice and beating the Vegas odds. 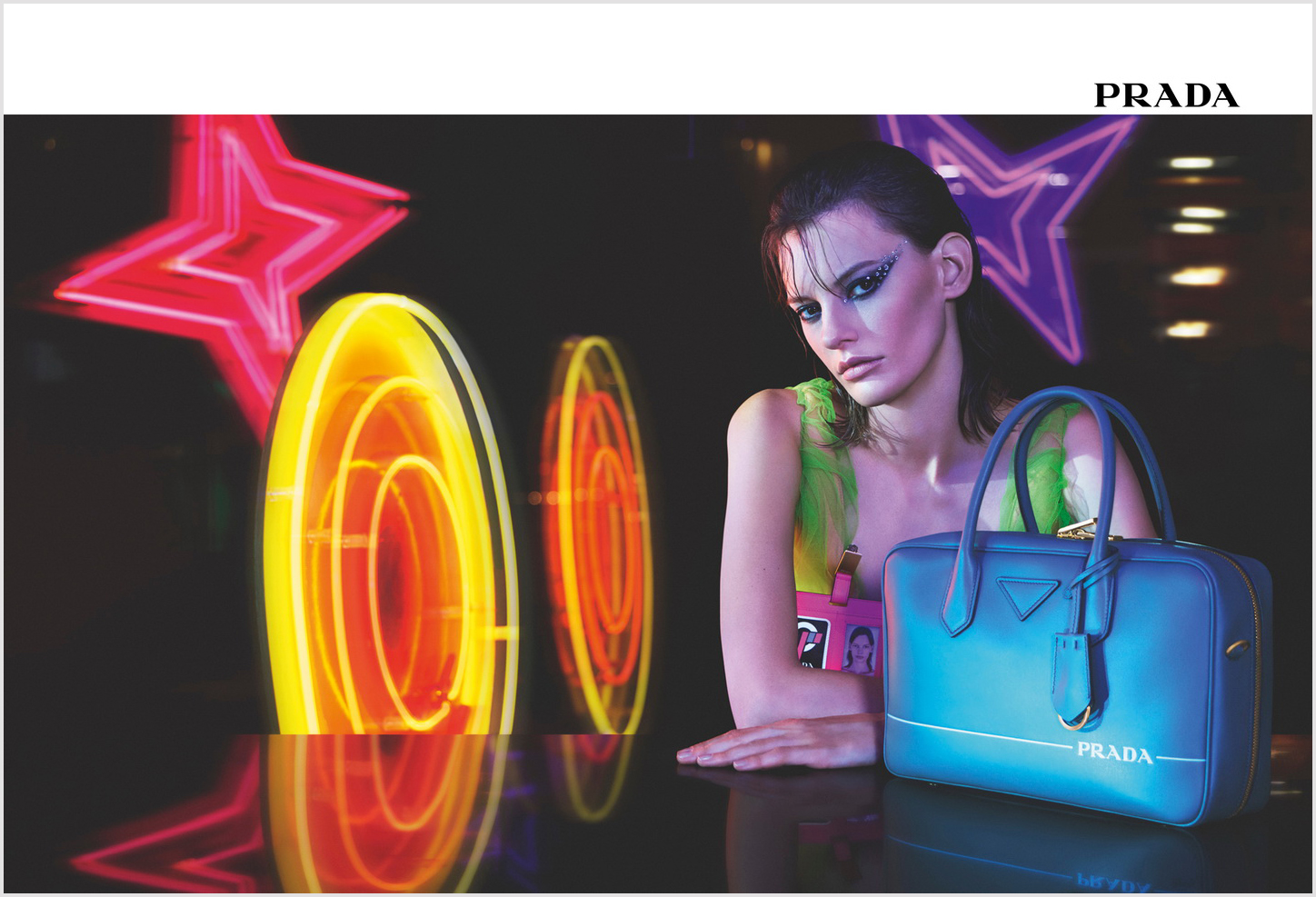 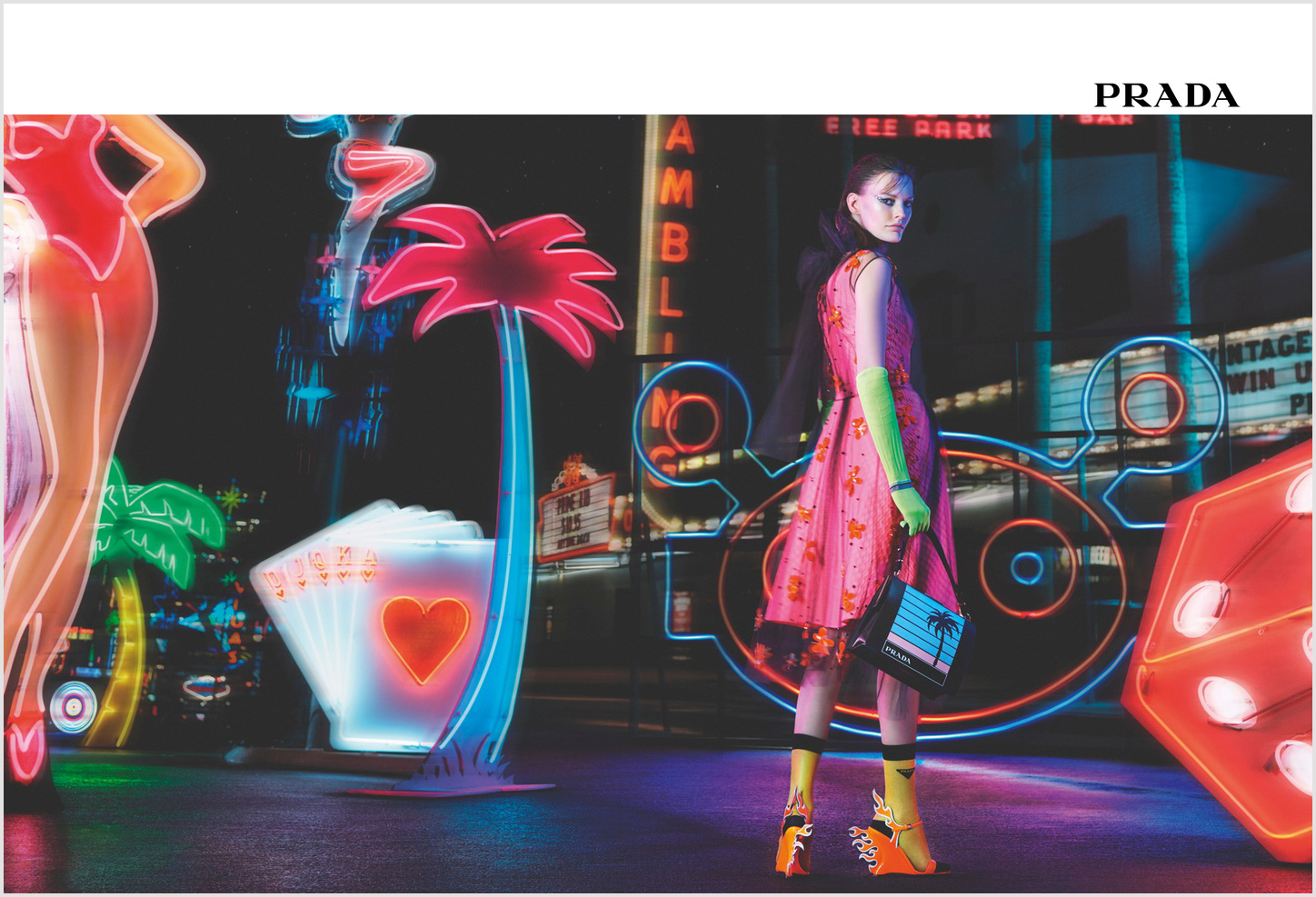 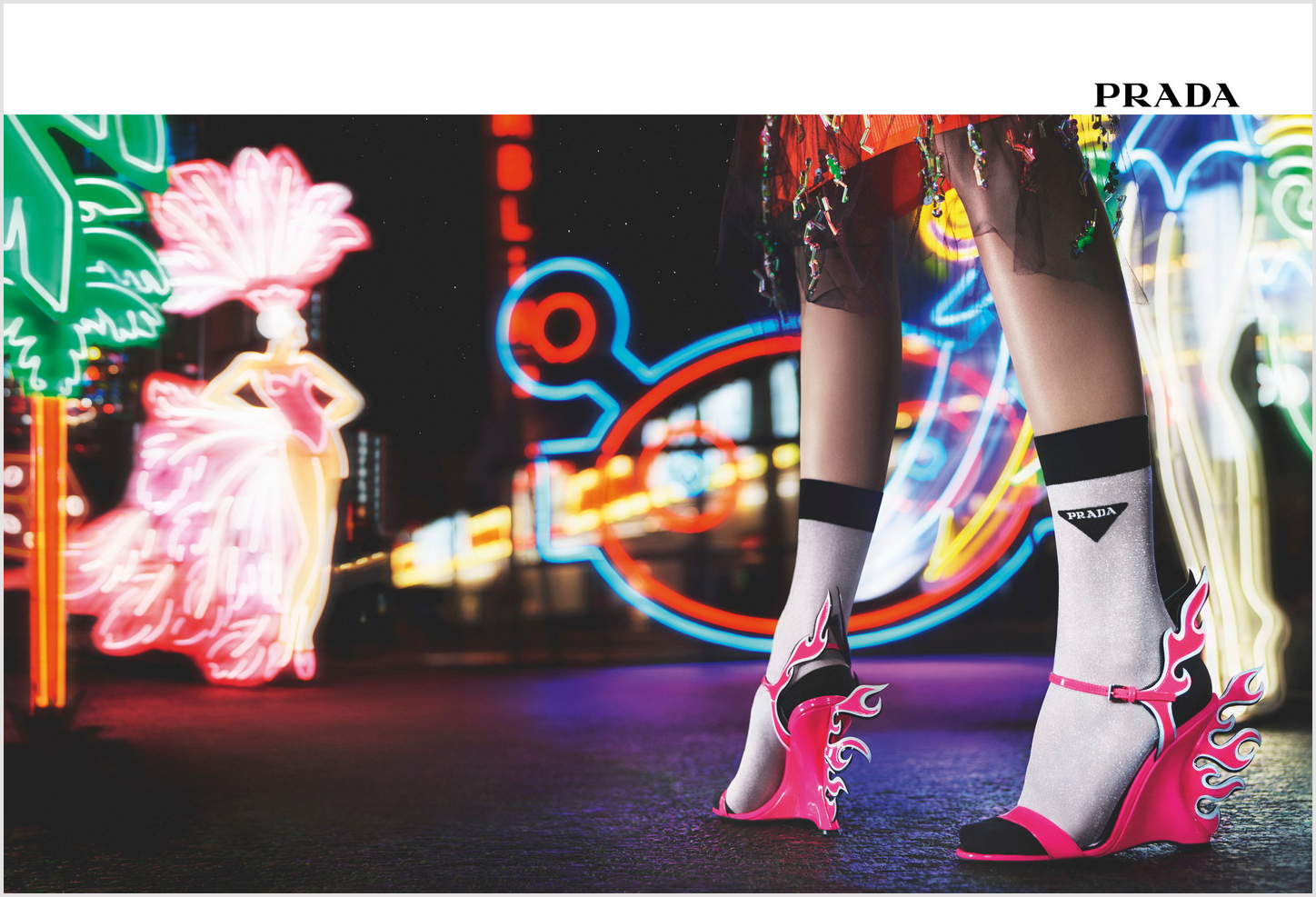 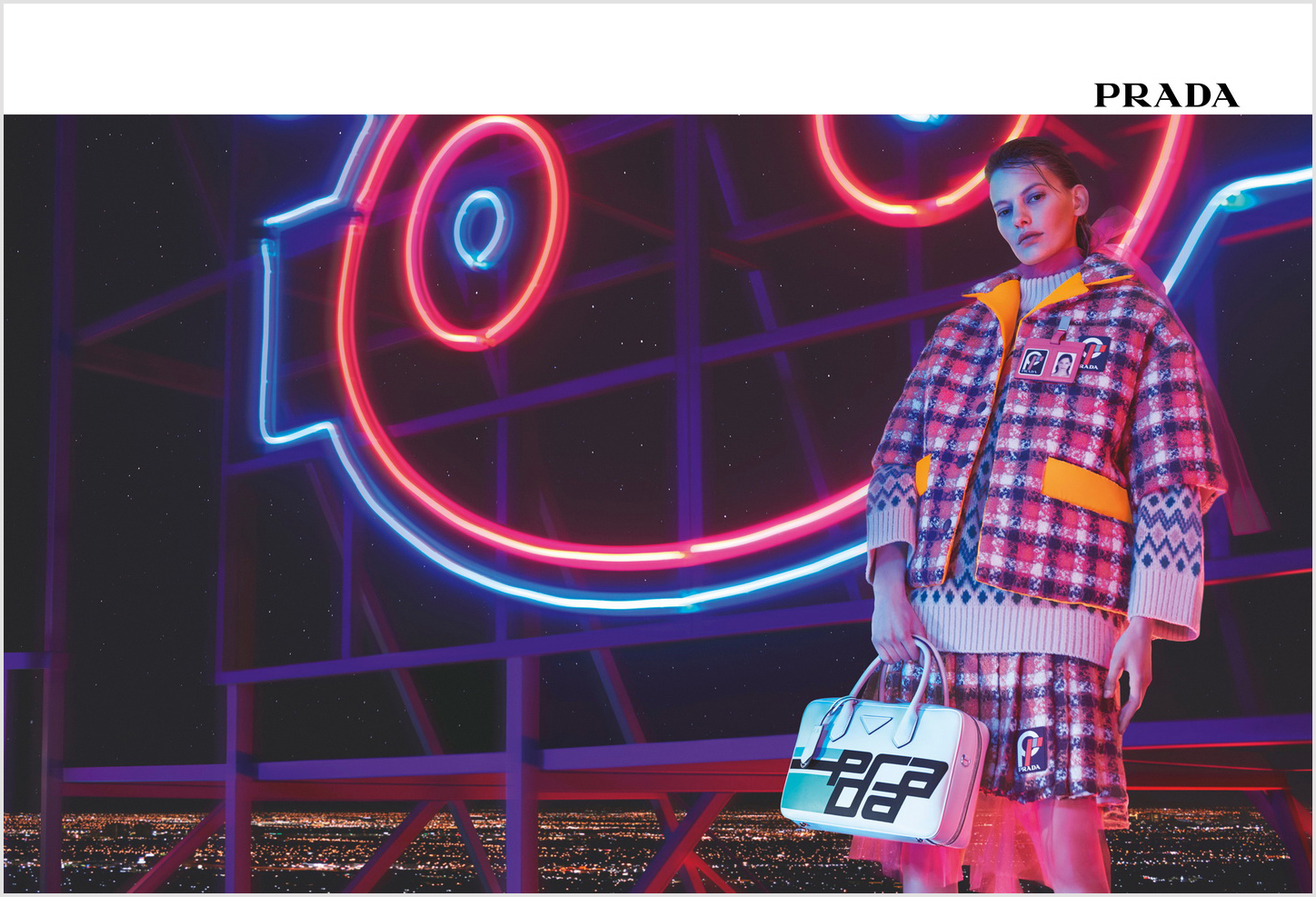