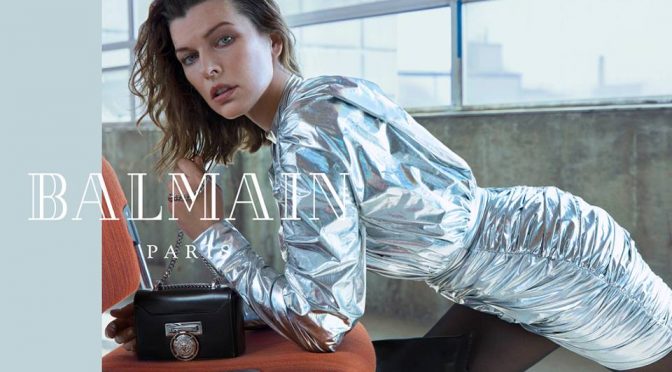 Luc Besson’s 1997 science-fiction film The Fifth Element was a cross-over film pre-cross overs, blending genres of sci-fi, action, and comedy while making an overnight star out of model turned actress, Milla Jovovich. The film was the first of its kind and plenty of the fashion flock was excited the film embraced one of its own as the star while casting a dozen of other models in smaller speaking roles.

Fast forward to today and you’ll find the film is still having fashion influence outside of Comic-con as Balmain designer Olivier Rousteing can attest to. “Like every French kid growing up in the nineties, I was obsessed with The Fifth Element.,” explained the designer. “So, obviously, there’s no need to tell me that Milla Jovovich is an incredible actor and a stunningly beautiful woman. I’ve long admired her strength, style and talents and I’ve often dreamed of finding a way to work with Milla on a Balmain project.” 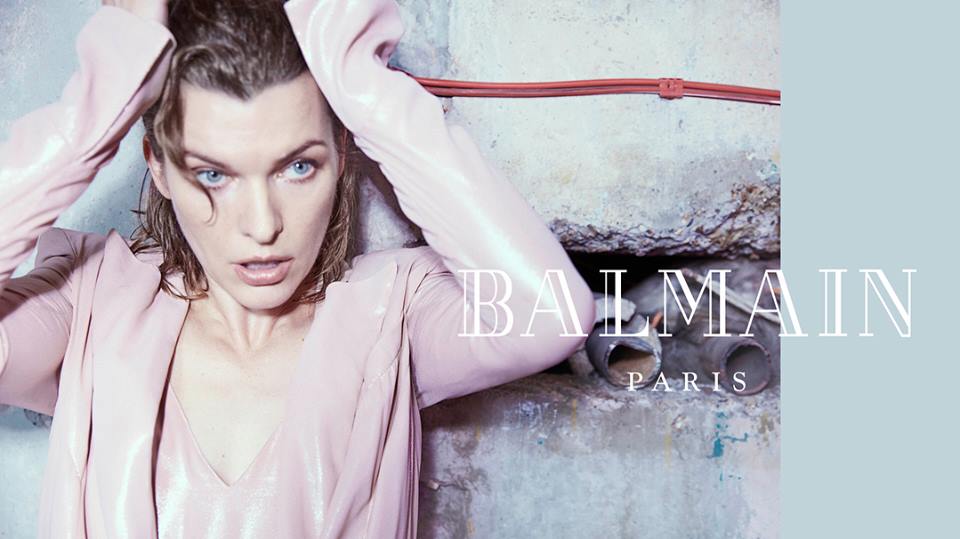 “That’s why I was beyond excited when she agreed to sign on for our Fall-Winter campaign,” said Rousteing. “I couldn’t wait to see the first images from the London shoot. I knew enough to expect great things—but, honestly, I wasn’t expecting to be so blown away, so quickly. From the moment I saw the raw footage, I knew that we had already captured exactly what we needed. As Leeloo says in The Fifth Element, “Boooooooom ba da booom.” Done. We had it. No need for complicated edits or even a soundtrack. I knew, as soon as I saw it, that all we needed to do was keep it simple and retain the focus on what Milla was doing in that incredible space. The strong, minimal style may be new for Balmain, but it perfectly compliments next fall’s styles.” 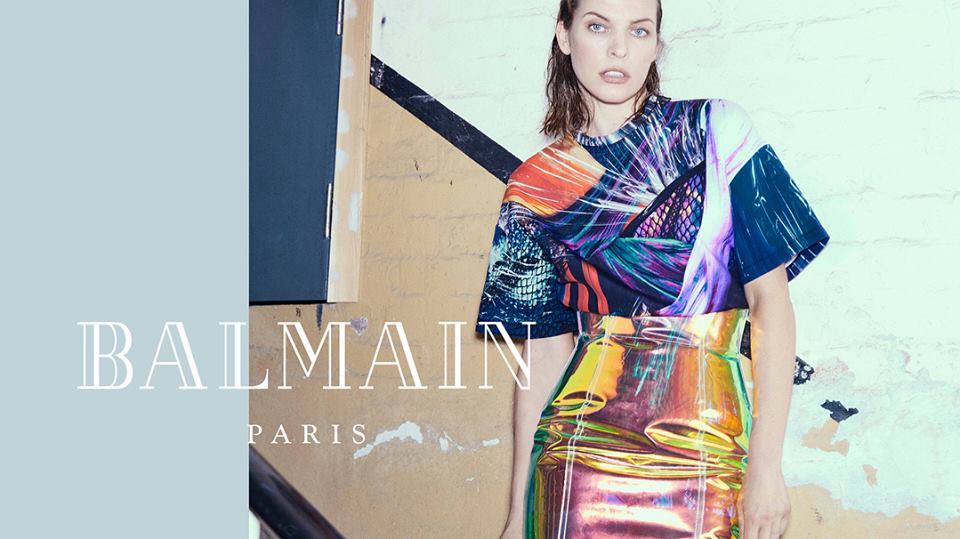 The piece by agency Sunshine, and directed by Jake Nava, is more performance art that scripted narrative finding Jovovich interacting with an orange chair in ways only her character Leeloo may understand. Photographer An Le, known for his work with Guess, lenses the warehouse set campaign that gives the collection a softness that it hadn’t had in previous seasons.

Overall the campaign makes a case for ‘who’ over ‘what’ with Jovovich carrying the weight to give the campaign depth without a visual pillar to wrap the narrative around. Which is likely what Rousteing intended. 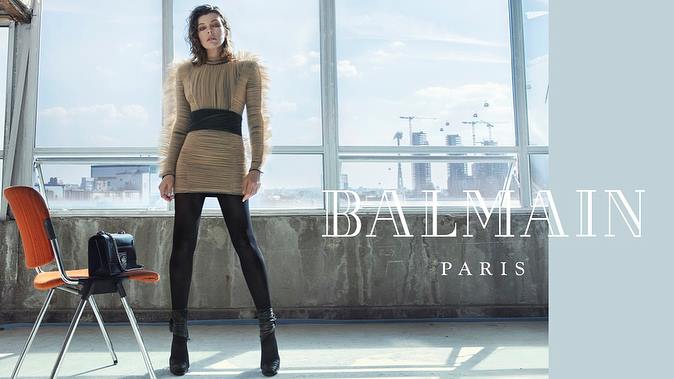 “Above all, I wanted to present this collection in a new and unexpected manner,” explains Rousteing. “My team and I decided to show these designs in the exact opposite way that they first were presented, many months ago, on the runway—and, instead, concentrate on a more intimate and compelling presentation in a completely distinct environment.” 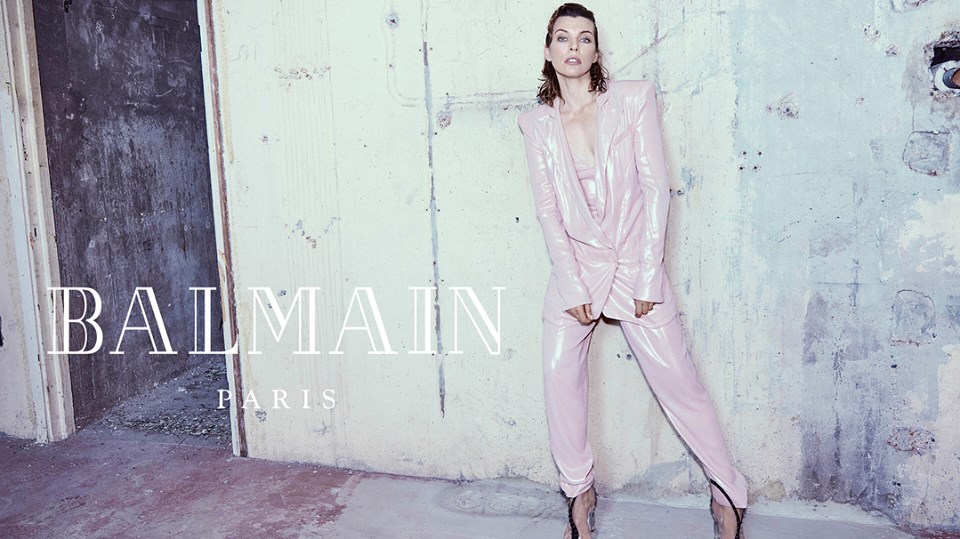 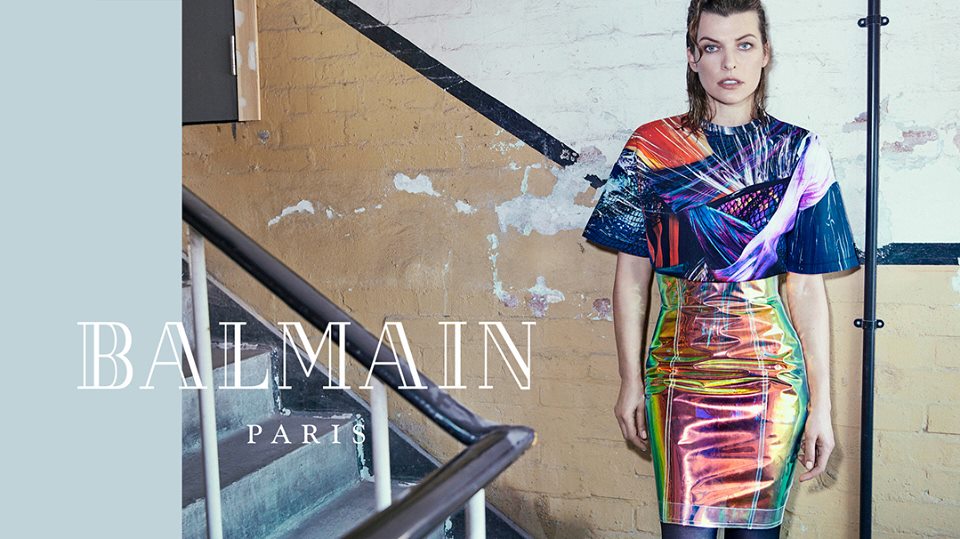 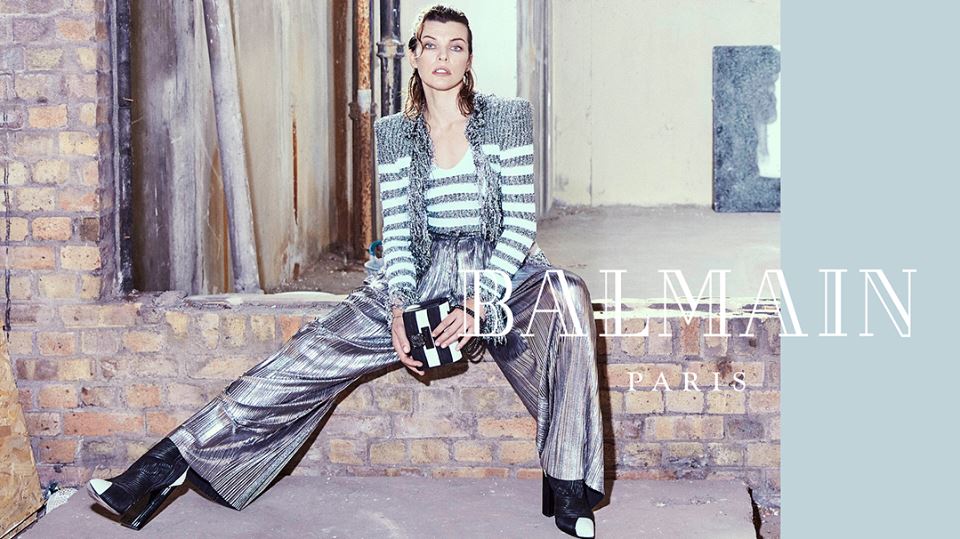 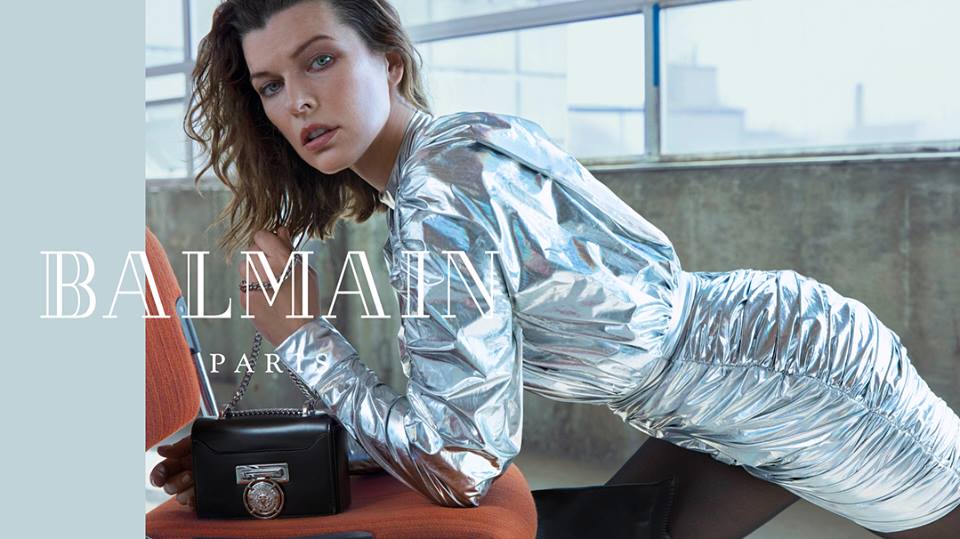 Further elaborating, “An Le’s pictures captured the same stark beauty that Jake caught on the video. I’m sure there’ll be more to come, but for now, I think we’ve got it.” 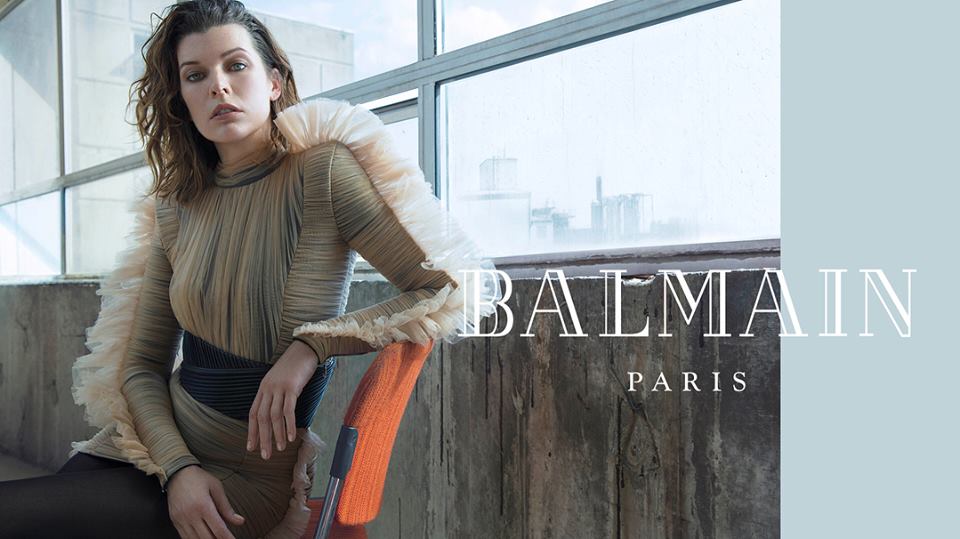