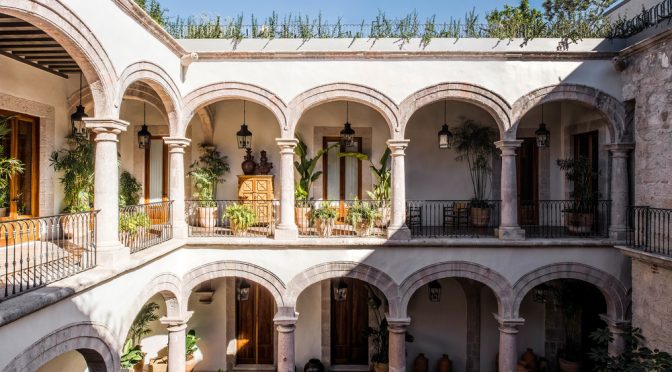 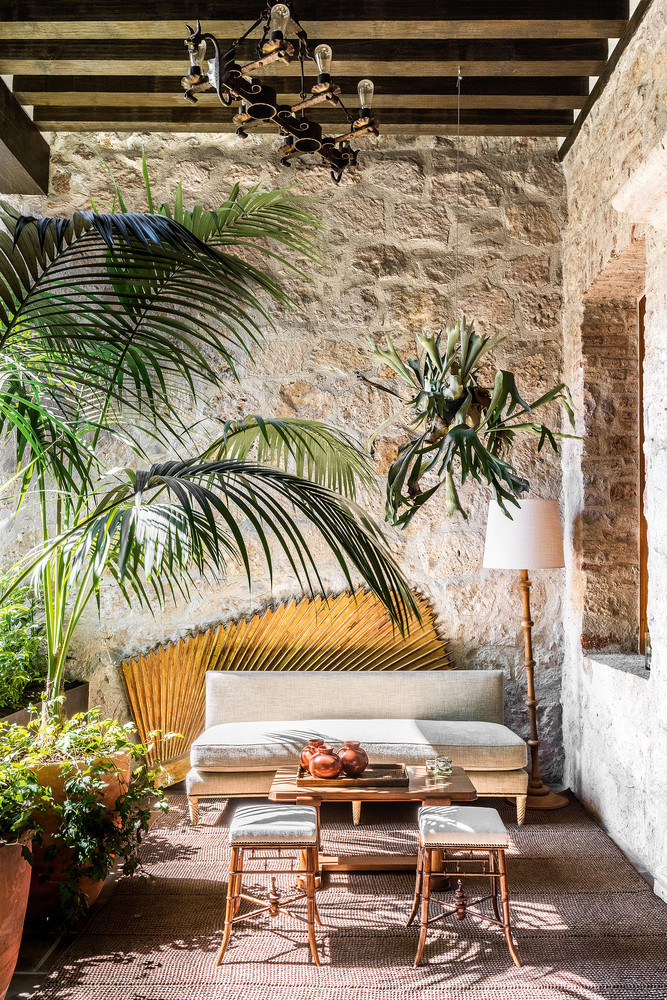 With its bakery, bookstore and cafeteria, the beautiful villa of Casa Michelena has reactivated the life of the streets of Morelia (capital of Michoacán, Mexico). However, when they started with the project there were only the vestiges of a glorious past of the early eighteenth century. “Its current owner, Alejandro Ramírez Magaña, originally from this city, wanted to restore the splendor to this construction, in what was once the center of commercial life,” explains Luis Laplace on his first project in the country. 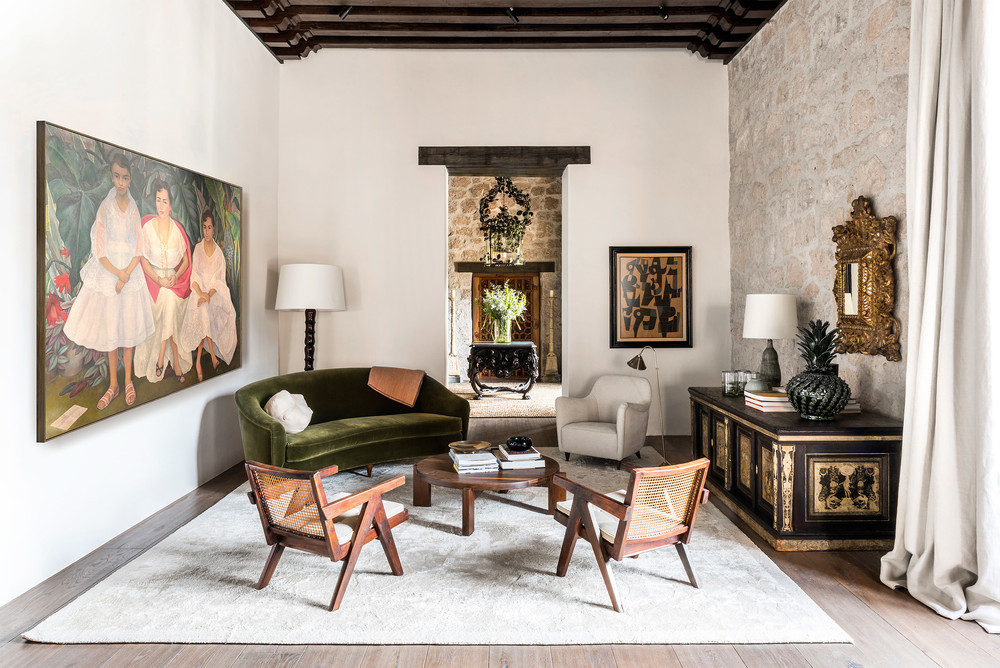 The Argentine interior designer, based in Paris, worked together with the studio Gantous Arquitectos and landscape architect Kathrin Grimm to give a second life to this building, declared a historic monument in 1972, in which Spanish baroque architecture coexists with Mexican iconography – “own the colonial era, “he points out- and by extension to its streets. Hence, that its first floor hosts a lodge where it has reopened businesses such as a bakery, cafeteria, a bar or a bookstore. “To promote the Aztec literature and its history,” he says. 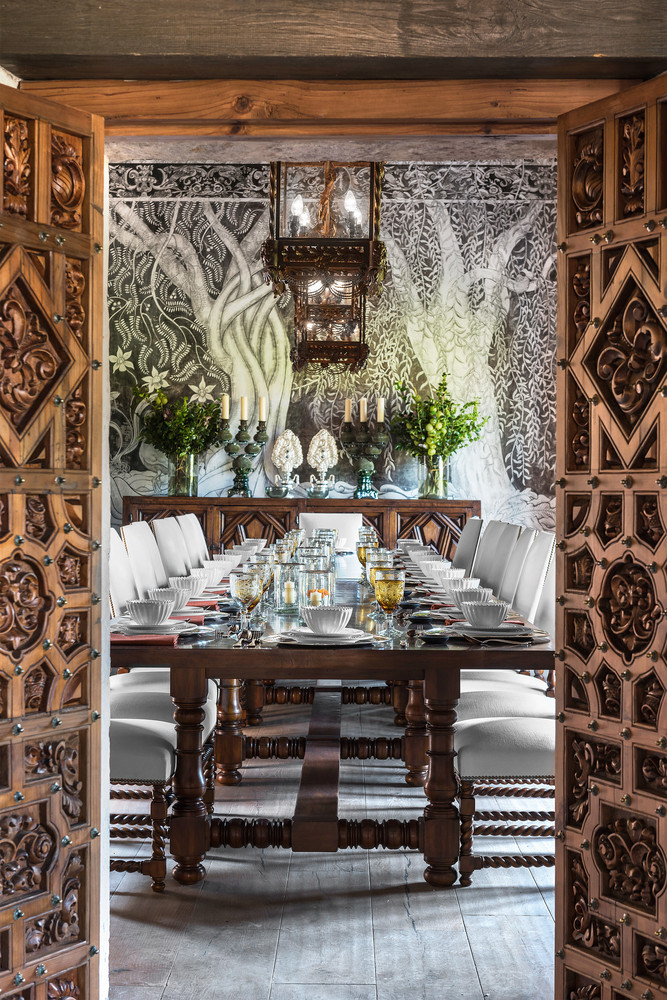 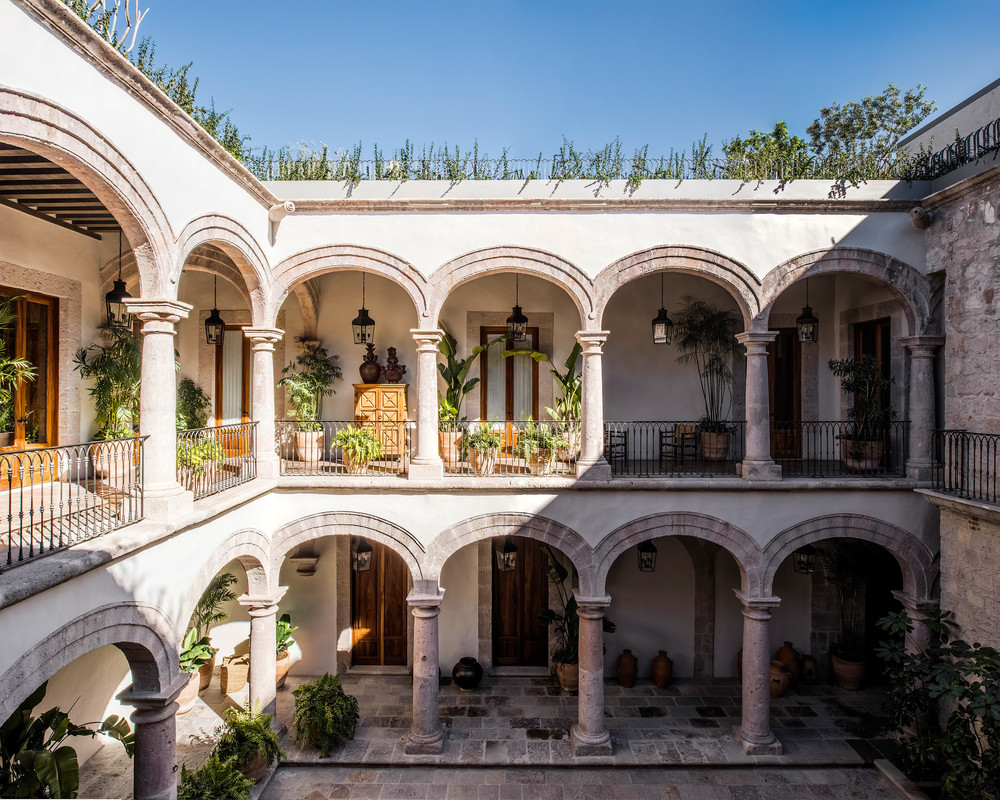 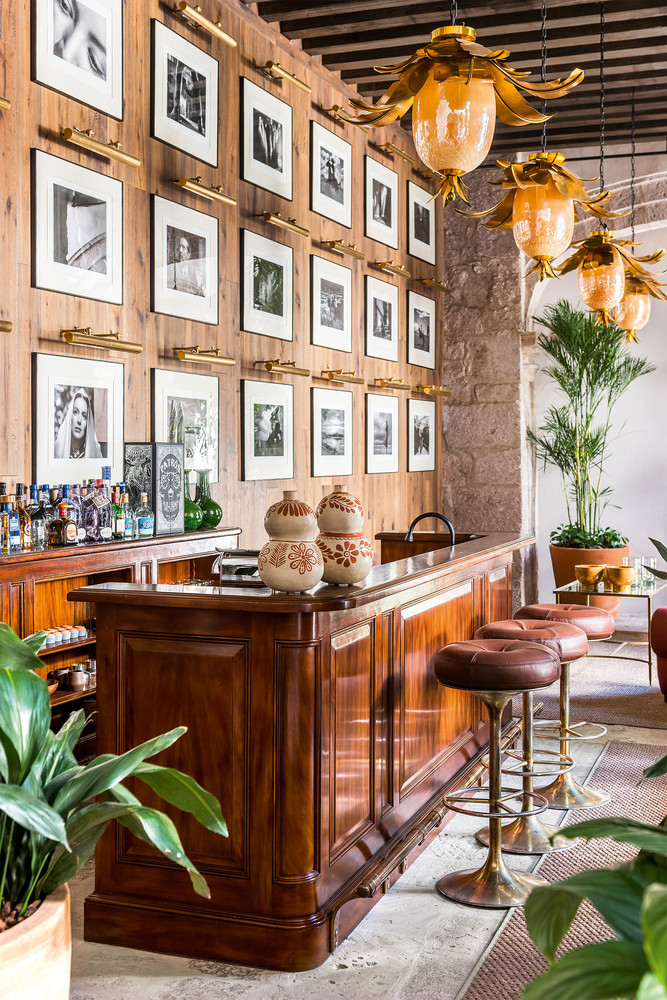 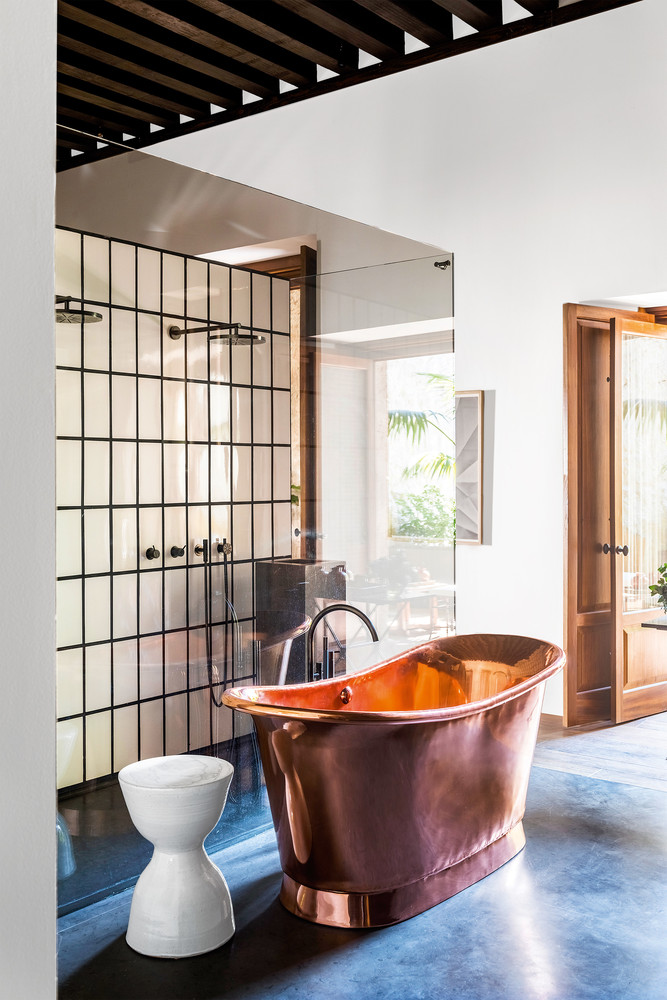 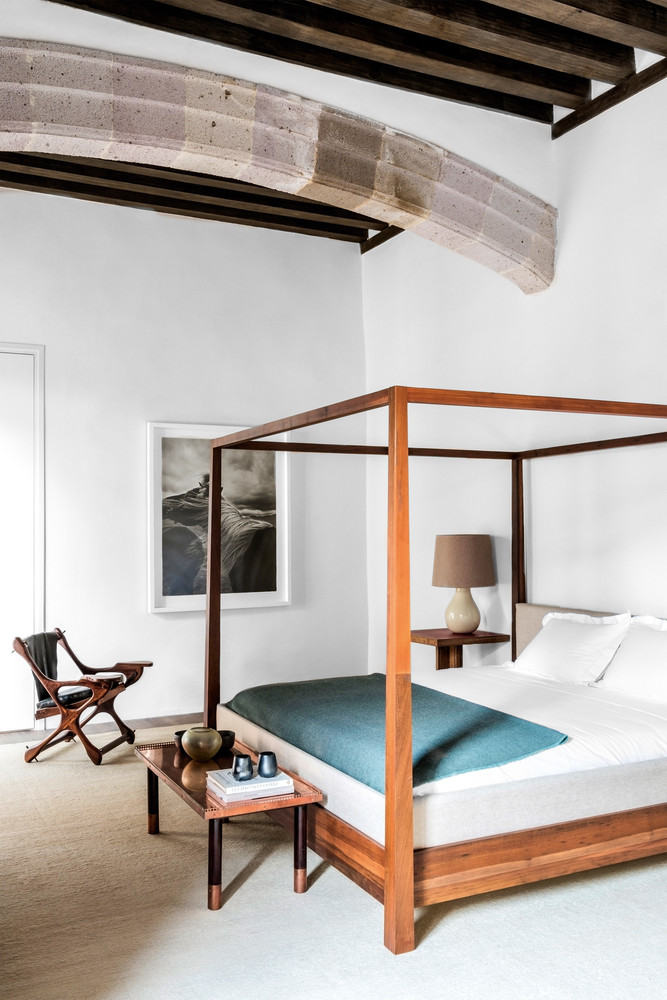 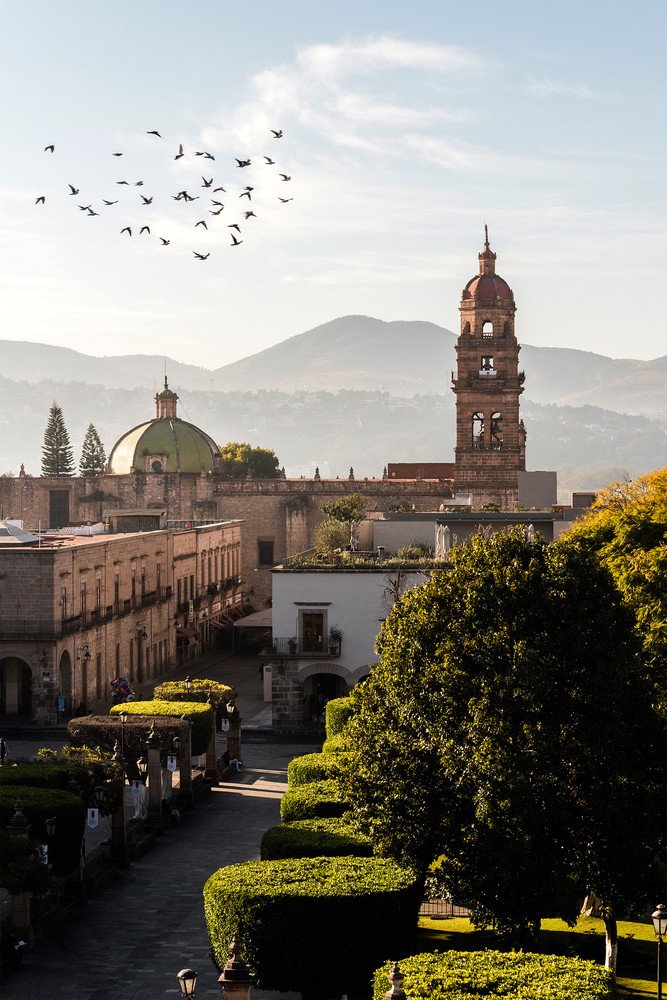 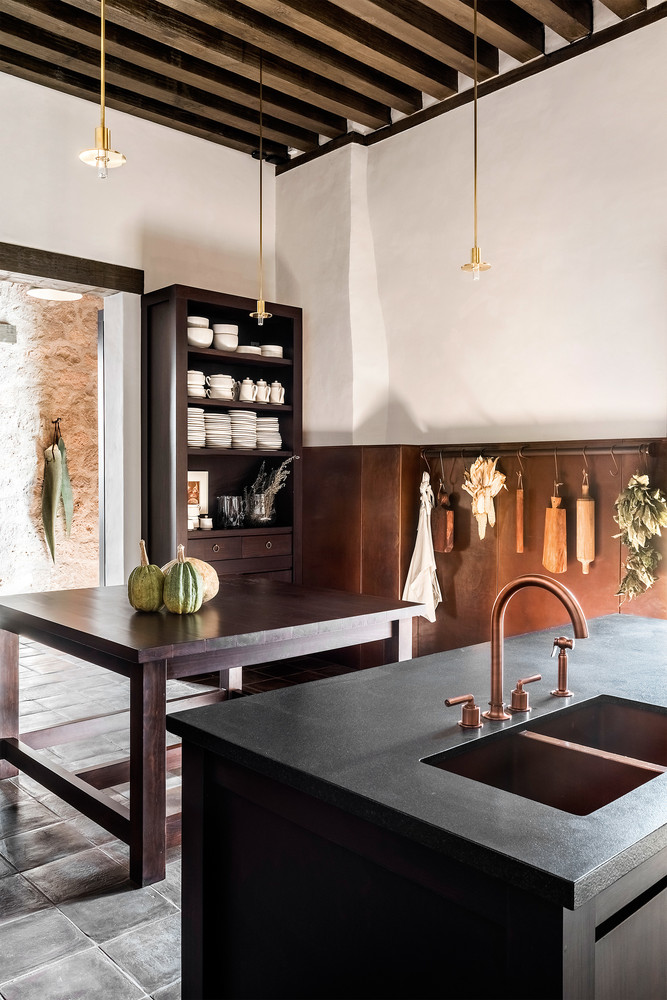 The upper one is reserved for the bedrooms and living rooms of their owners. “I had to adapt it to our times, which meant updating the facilities and furnishing it with Jeanneret or Börje Johansson icons and Spanish, French and, of course, Mexican antiquities.” All this together with great works of art by authors such as Diego Rivera, Carlos Mérida or Anne Menke. “The set is designed for the enjoyment of its owners and the many guests they receive,” Laplace concludes. Morelia is back on the map.