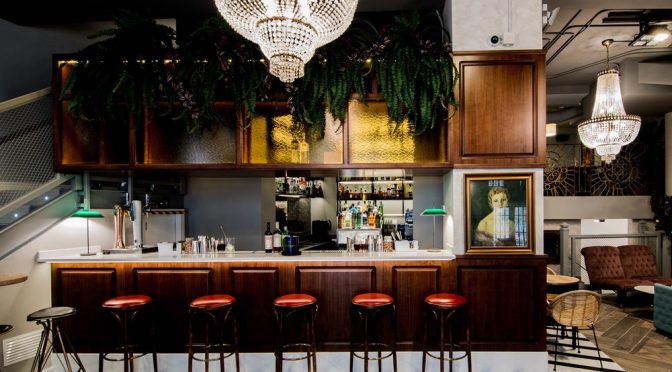 The famous ‘Café Madrid’, where the ‘Agua de Valencia’ was created, reopens its doors maintaining the essence of the 20s. An emblem that contrasts with the modern hotel ‘Marqués House’ of which it is a part. 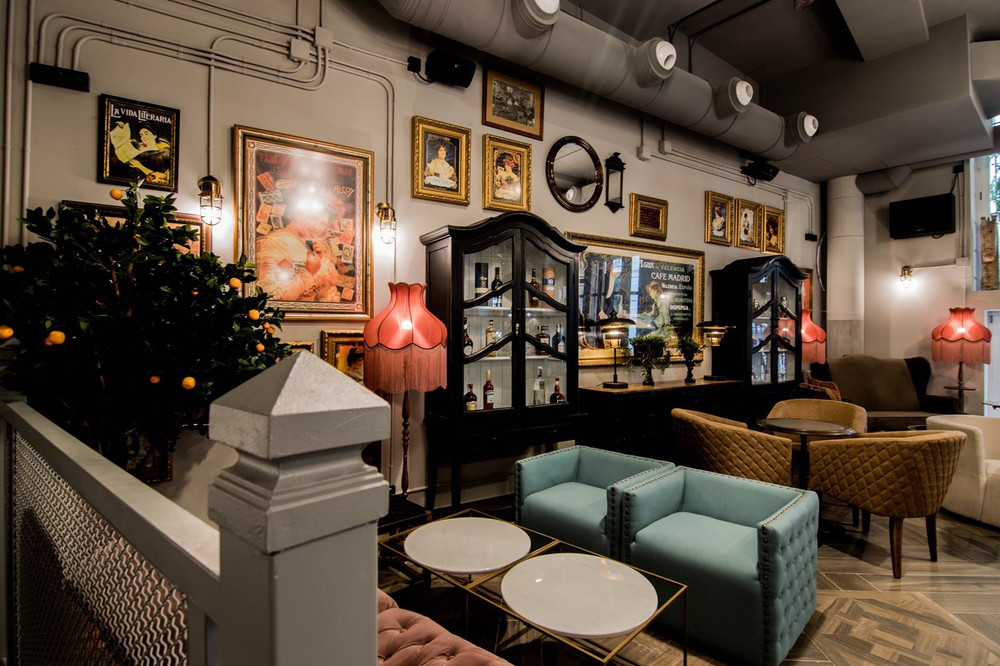 “Agua de Valencia, Café Madrid, Valencia, Spain, Special for neurasthenia, dyspepsia and gastrointestinal catarrhs”, can be read in a poster that continues to shine in the legendary Valencian cafeteria. A meeting place for intellectuals, people from the world of theater, painters and chess players who, between the 70s and 90s, became the fashionable café where politicians of all ideologies met. Then it closed and was abandoned for many years but, behind its doors, the history of this site remained intact. Therefore, when the project of the Marqués House hotel palace began, one of the objectives was to reopen the Café Madrid and to become its lobby, so that its classic and bohemian atmosphere was the first thing that the guests saw. H Up Interiorismo + Diseño, specialized in buildings and emblematic spaces, got down to work and, in addition to preserving all the patrimony of the cafeteria, knew how to combine its classic style with the modernity of the hotel. 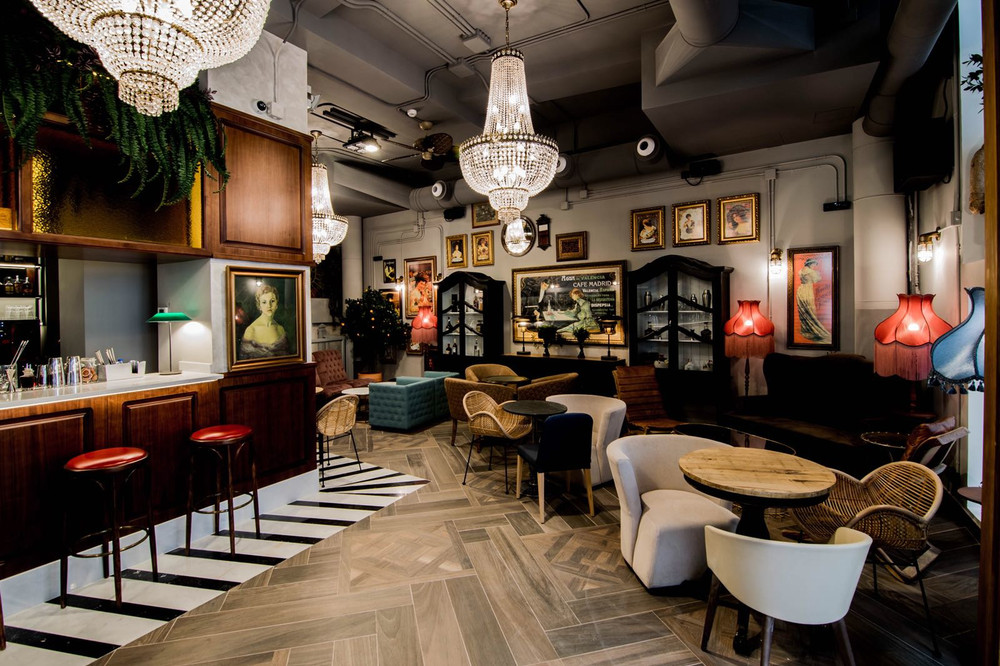 The coffee and the hotel merge with the preparation despite having totally different environments. The visitor first meets the bohemian and the classicism of Café Madrid and then takes refuge in ultra modern rooms, with the latest technology at their disposal. It was inevitable that eclecticism was the basis of the project. The objective was to find coherence in the diversity and creativity of the interior designers Zdenka Lara, Sandra Figuerola and Ampa Prada knew how to achieve it. They recovered old paintings that were mostly lithographs, posters and photographs of the time and added elements reminiscent of the coffee houses of the early twentieth century and combined with some more modern industrial touches.

Walls lined with wood coexist with visible installations under a ceiling painted in gray. The old stained glass windows, the recovered paintings, the capitoné armchairs in grayish tones, the aged leather chester and the fringed lamps are fundamental elements that surround the bar, the real protagonist. The place where Agua de Valencia was created should continue to take care of his love for cocktails and the award-winning Iván Talens is now in charge of surprising with his mixers. This art needed a special space, that’s why the bar was lined with wood and a checkerboard corridor in black and white marble was created around the stools. A corner where you can go back in time and let yourself be carried away by the magic of the place. 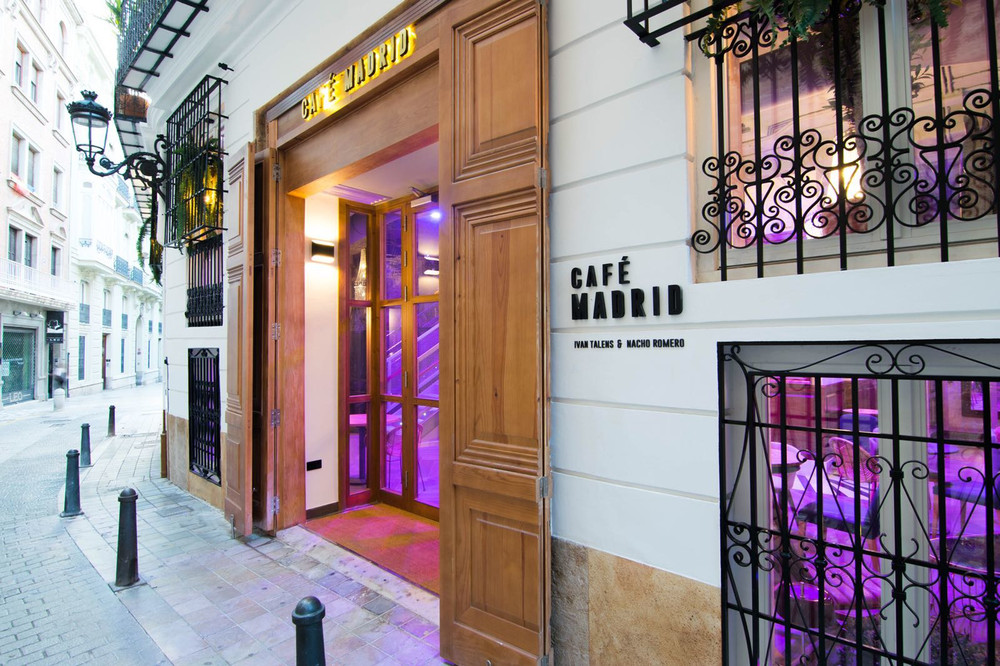 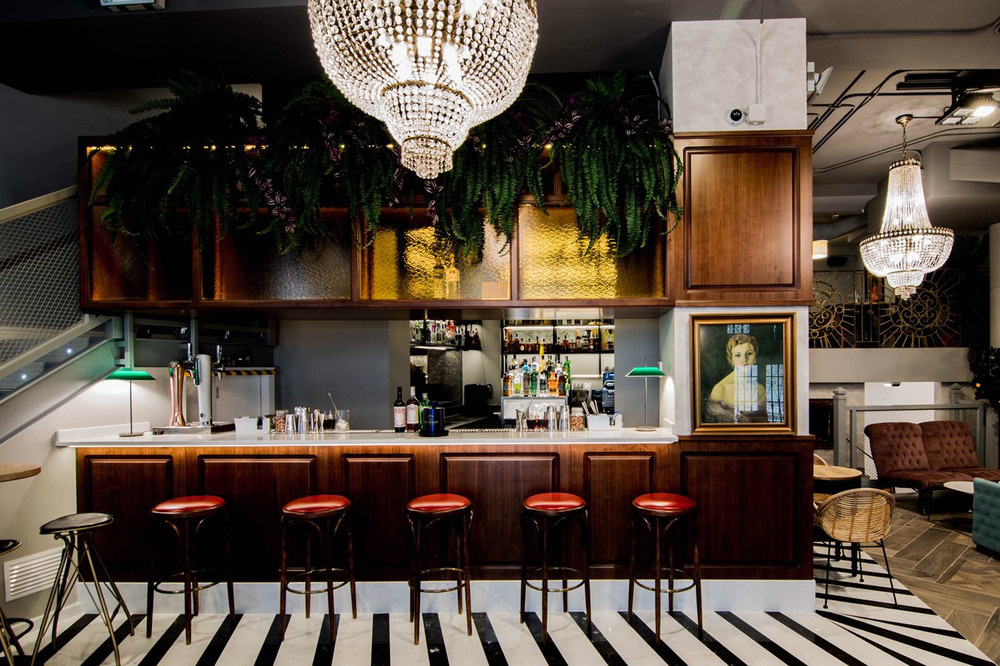 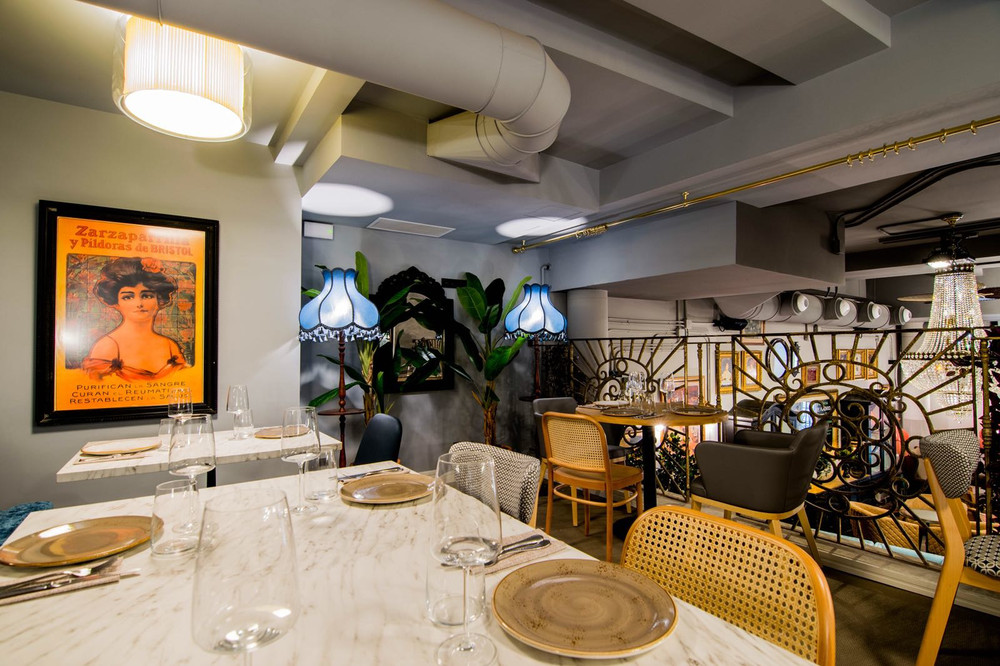 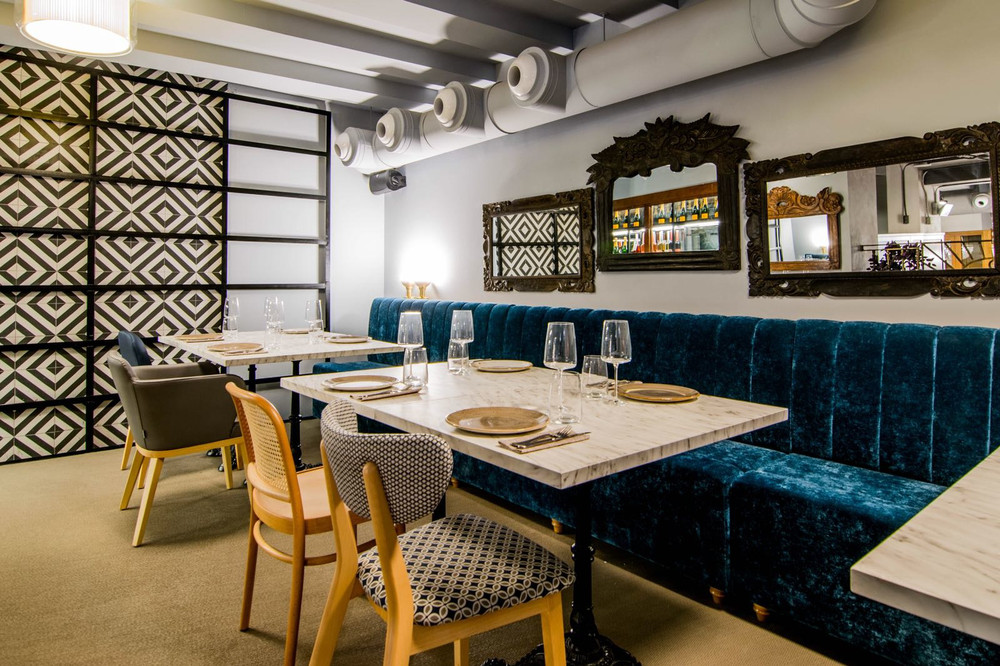 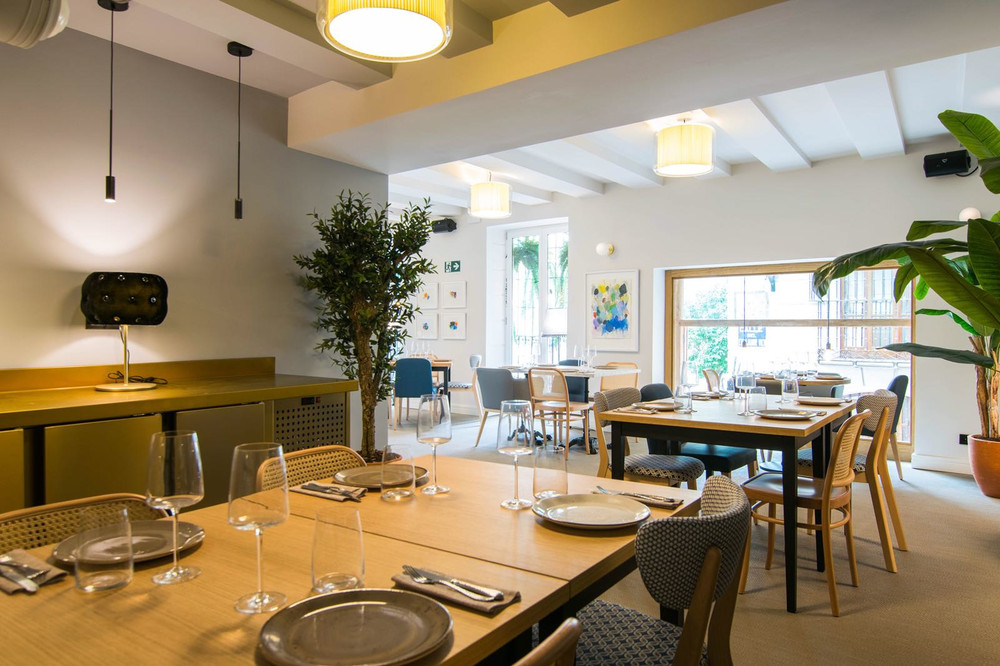 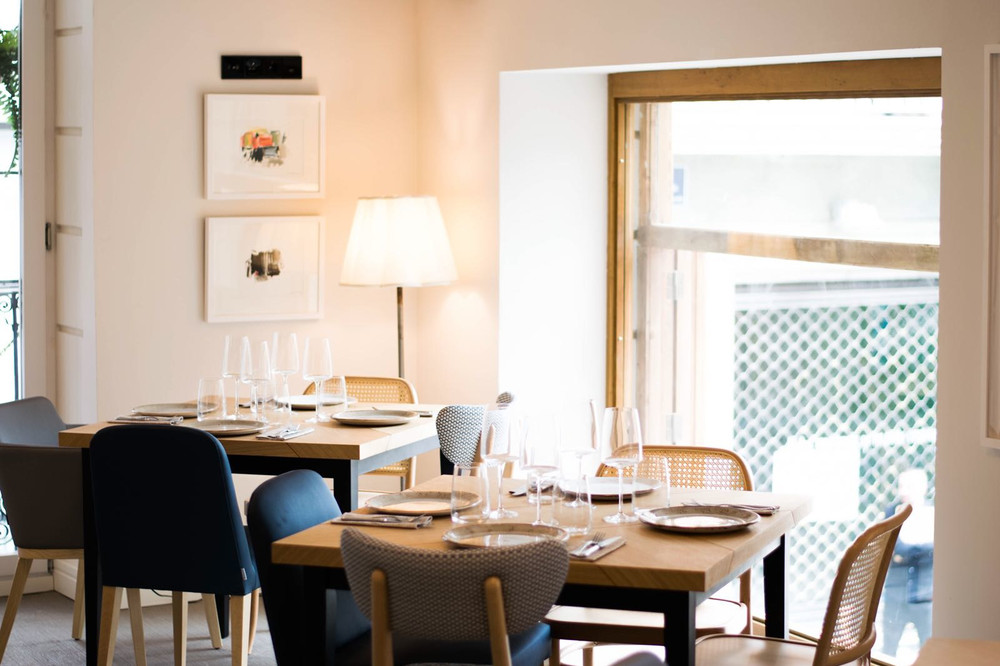 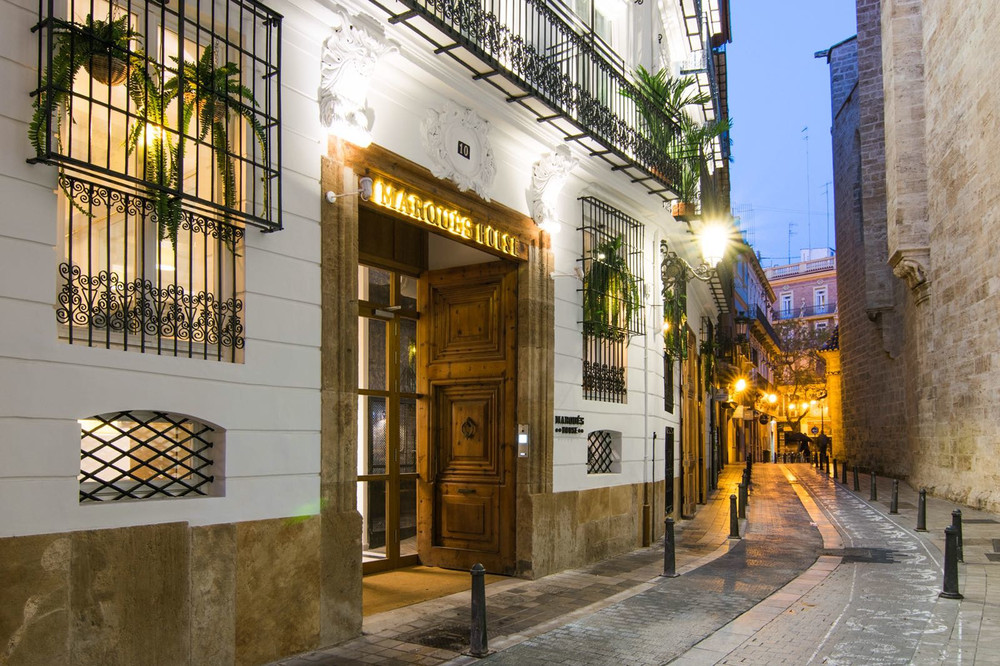 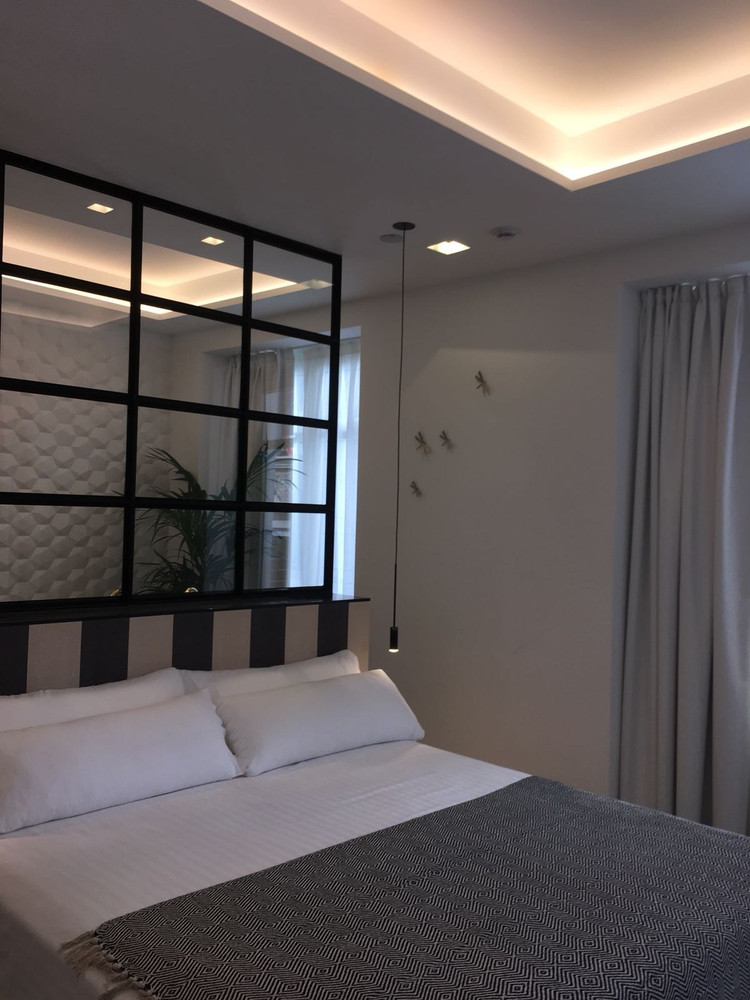 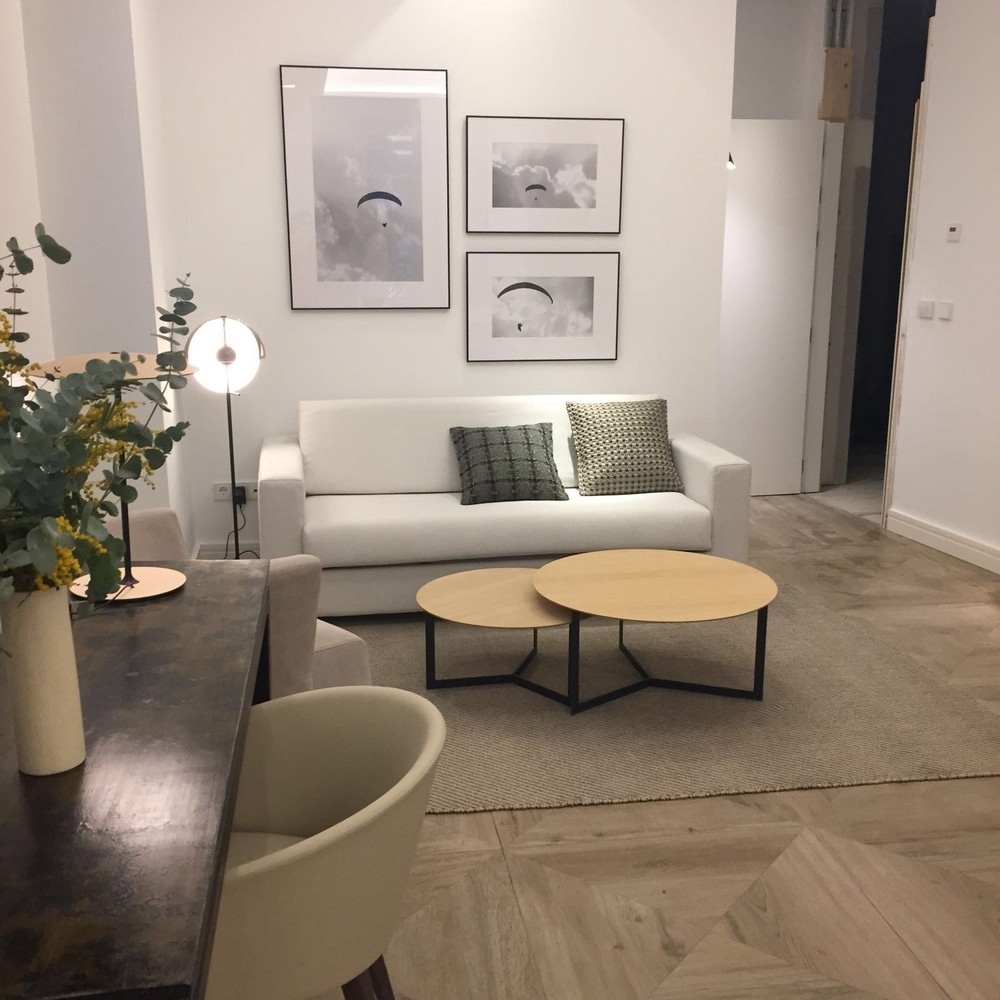 The lighting is also key to recreate this atmosphere of social gathering. Three large chandelier lamps made of custom-made glass tears and pai pai fans hang from that industrial ceiling. In the coffee area, the English 20s lamps with sophisticated fabrics, fringes and trimmings, get a discreet and whispering light to sit down to chat in the chester or the capitoné and velvet or wicker armchairs. The auxiliary tables are also varied: marble or glass with wood or brass finishes. Some are made to measure and others were great old finds. “Everything follows a coherent line and there is the magic of the project”, point out from H Up Interiorismo + Diseño. In a corner, an orange makes a nod to the Water of Valencia. Until that has been taken care of.

Another of the pillars of Café Madrid is its cuisine, led by Nacho Romero. The open mezzanine hosts the dining room in two versions. The area that looks at the cafe follows the most classic line. It is divided by large restored old bars, with a large sofa lined with aquamarine velvet and French bistro tables with iron legs and marble and wood. There are still frames and restored frames of the old café hanging on the wall. However, when turning, the dining room looks at the large square, the windows let in the Mediterranean light and diners contemplate the Palace of the Marquis of Dos Aguas. In this space the line is contemporary and Nordic, more relaxed. Here, the paintings are contemporary and signed by Susi Lizondo and, as in the cafe, chairs and tables of different materials are mixed. The perfect transition that leads to the hotel. From the 20th century to the 21st century.