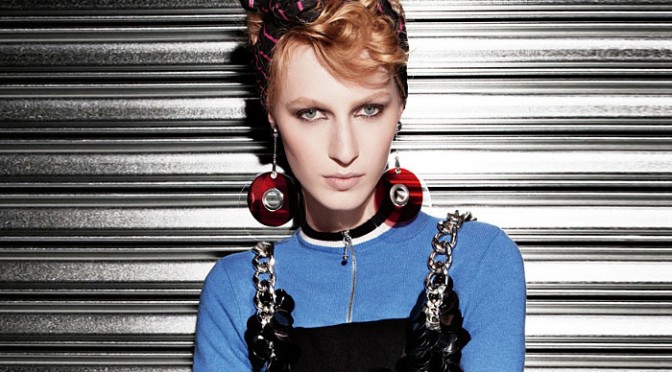 For Montero, who walked 68 shows this season, it’s her second Prada campaign – the Dominican starred in the house’s AW15 visuals, also photographed by Meisel.

In these images the models are shot against a roller shutter, as if they are queuing outside a nightclub, so they resemble something akin to 80s club girls. In fact, they wouldn’t look out of place in a book by Derek Ridgers, who photographed London youth in the late 70s and 80s.

“Pop decorativism is subverted by industrial minimalism,” reads the press release, which also pays “post-modesty” a mention. Described as the “new normcore”, this term was coined by Miuccia Prada at Prada’s SS16 men’s show, where this collection was first unveiled.

The clothes themselves bear including rabbits, race cars, spaceships, arrows and eyes. “They represent any kind of symbolism,” she said backstage at the show. “Advertising, logos  – although I don’t like to simplify thoughts, so we chose stupid symbols, the most infantile, that worked graphically.” 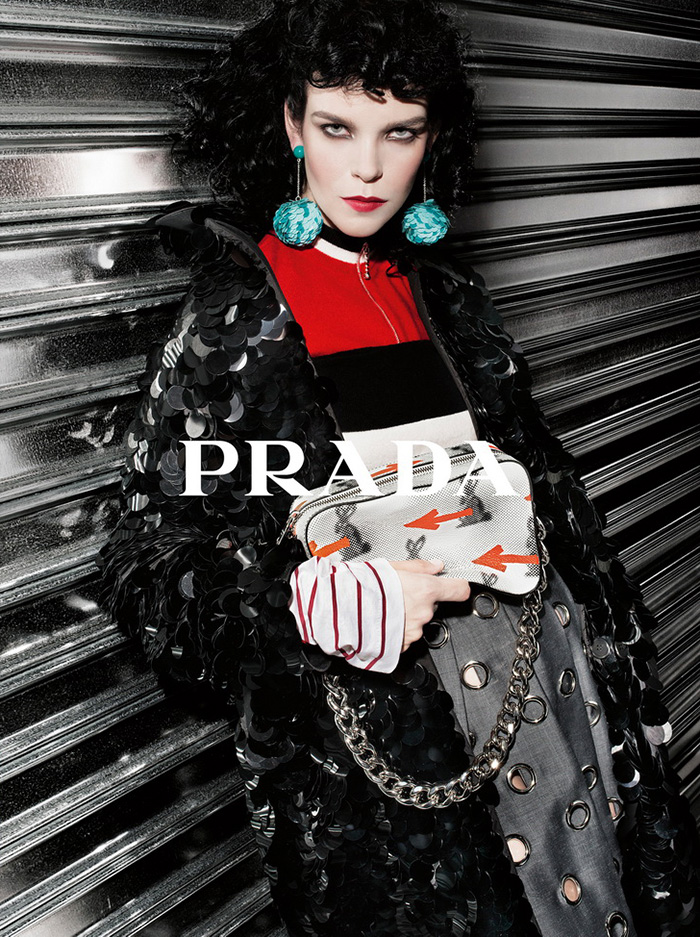 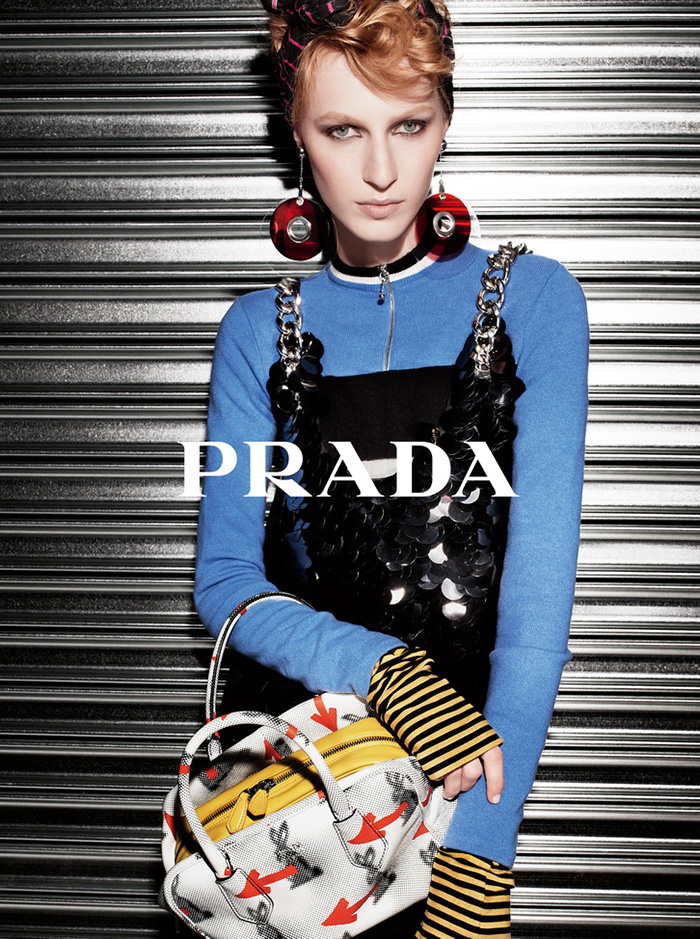 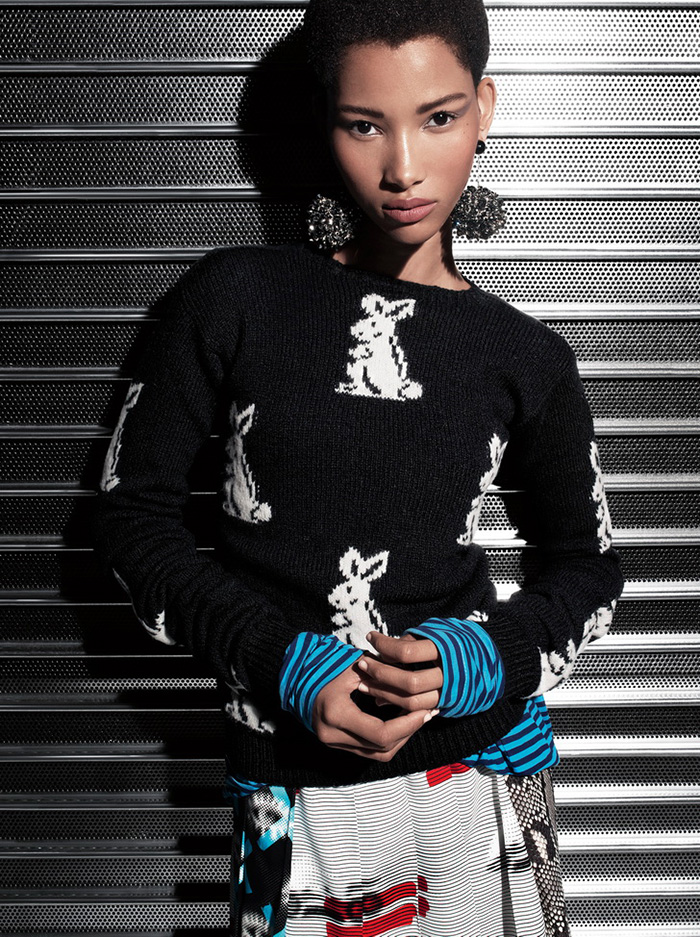 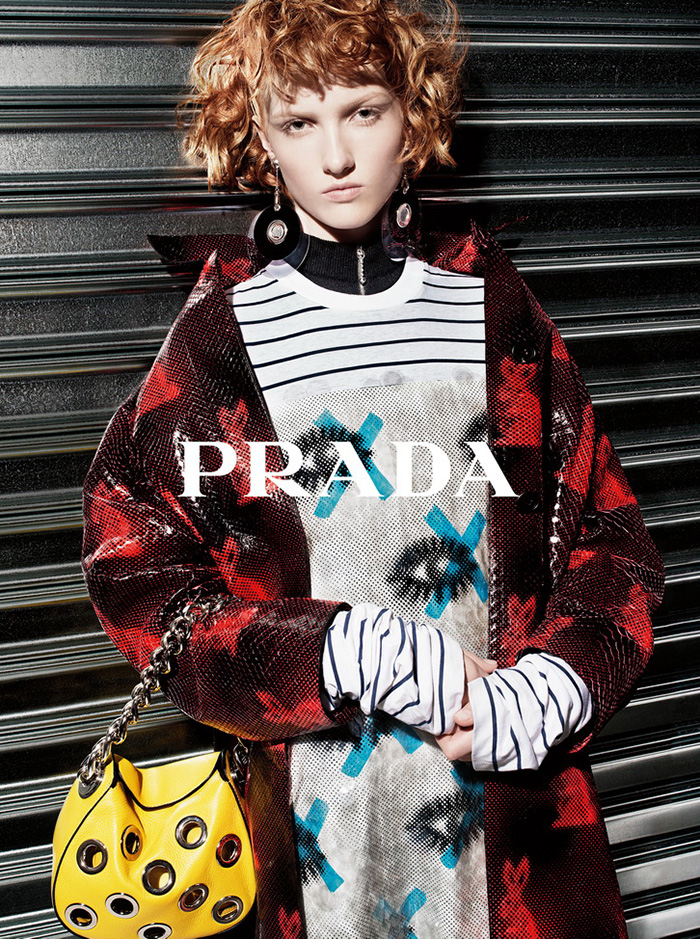 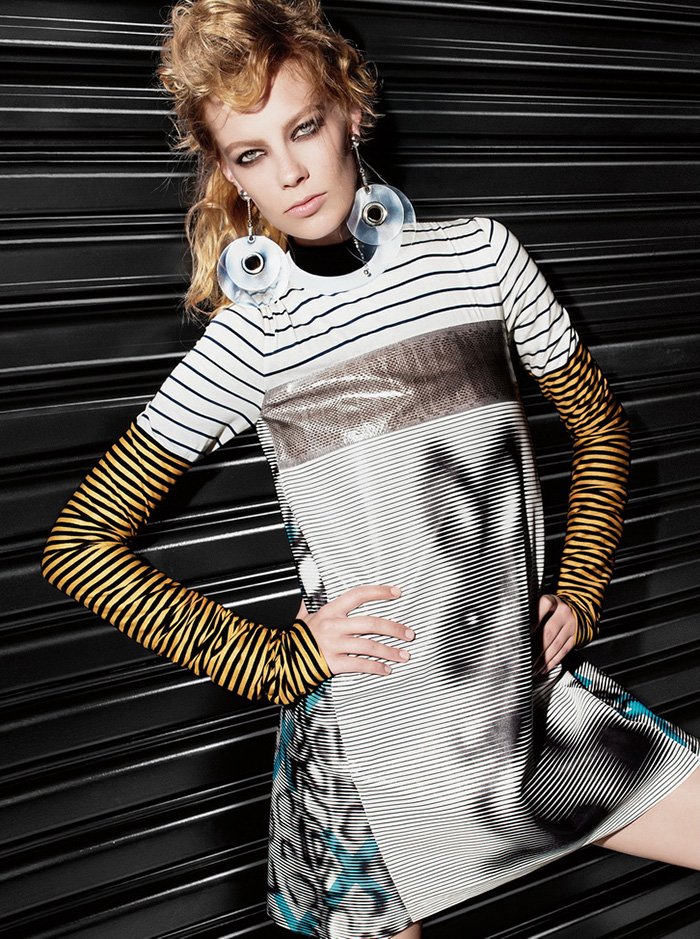