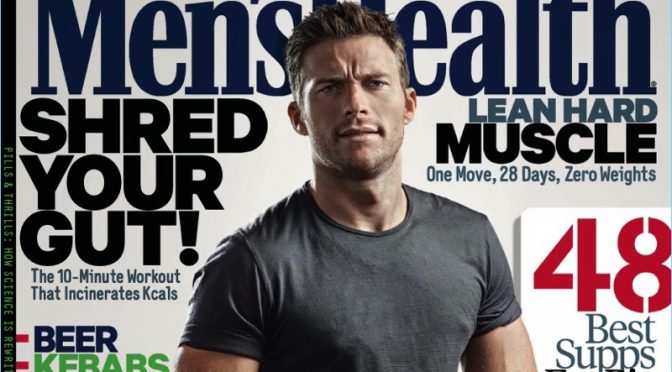 Scott Eastwood shows off his biceps as he covers the May 2017 issue of Men’s Health UK. The American actor connects with photographer Patrik Giardino for a gym workout. Eastwood also talks with the magazine about the Eastwood Code. 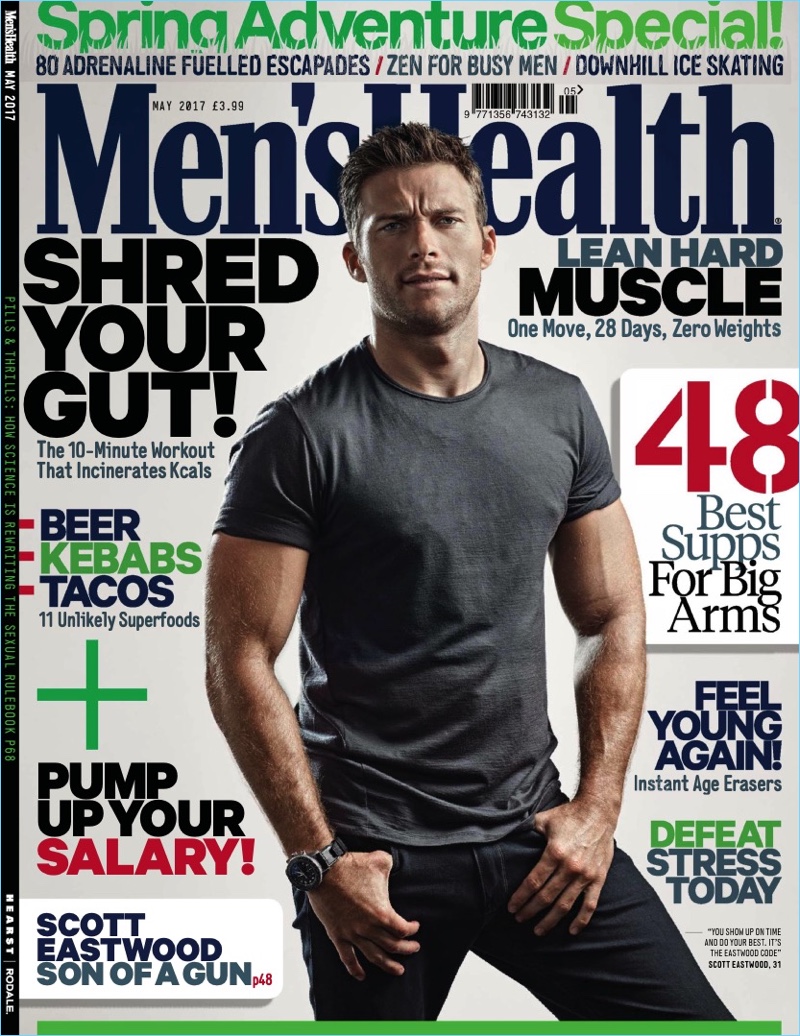 Scott Eastwood covers the May 2017 issue of Men’s Health UK.

The 31-year-old actor explains, “Yeah, it’s actually a thing.” Eastwood continues, “Whatever you’re doing, you try to do your best at it every time. Just do it and then move on.” However, Eastwood adds, “You don’t ever backstab people or f**k someone over–you don’t have integrity if you do that. You show up on time for stuff. And you don’t bitch and complain about what you’re doing.” 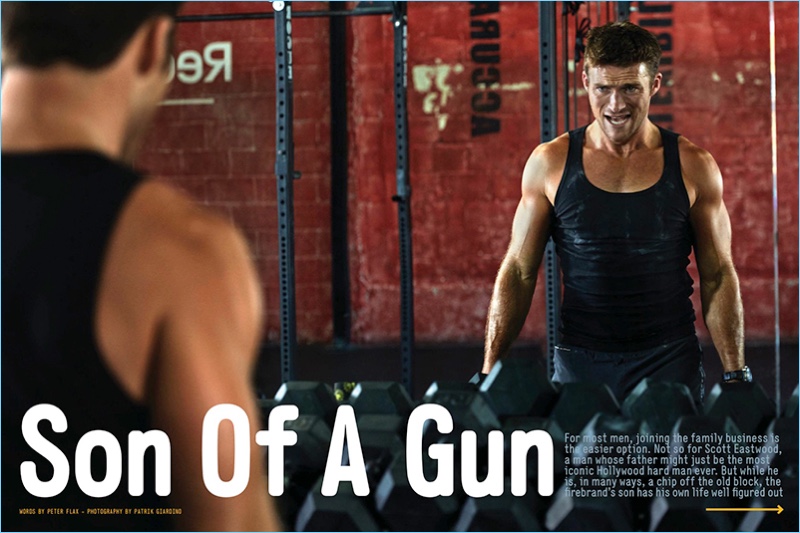