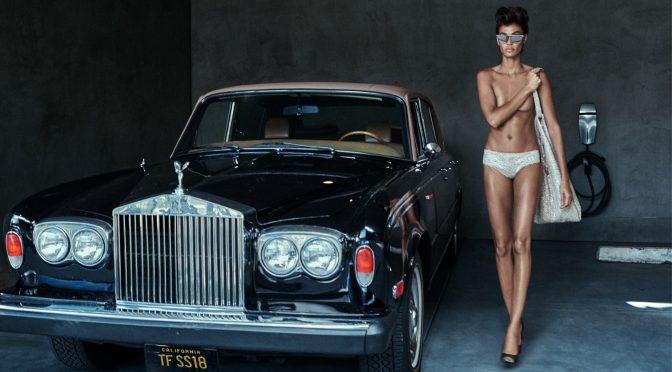 Tom Ford is the master of fashion films. Since debuting his directorial title with A Single Man, said to be a visual medium in the form of a feature film, his recent series of Spring 2018 campaigns is nothing short of fashion film loaded with thrill and drama. Steven Klein’s camera leads us into intervals of day and night shots that are intensified with suspenseful sound effects, replacing verbal dialogue to dictate the film. The sequence of short mystery scenes captures the sexiness and intrigue of Tom Ford label. 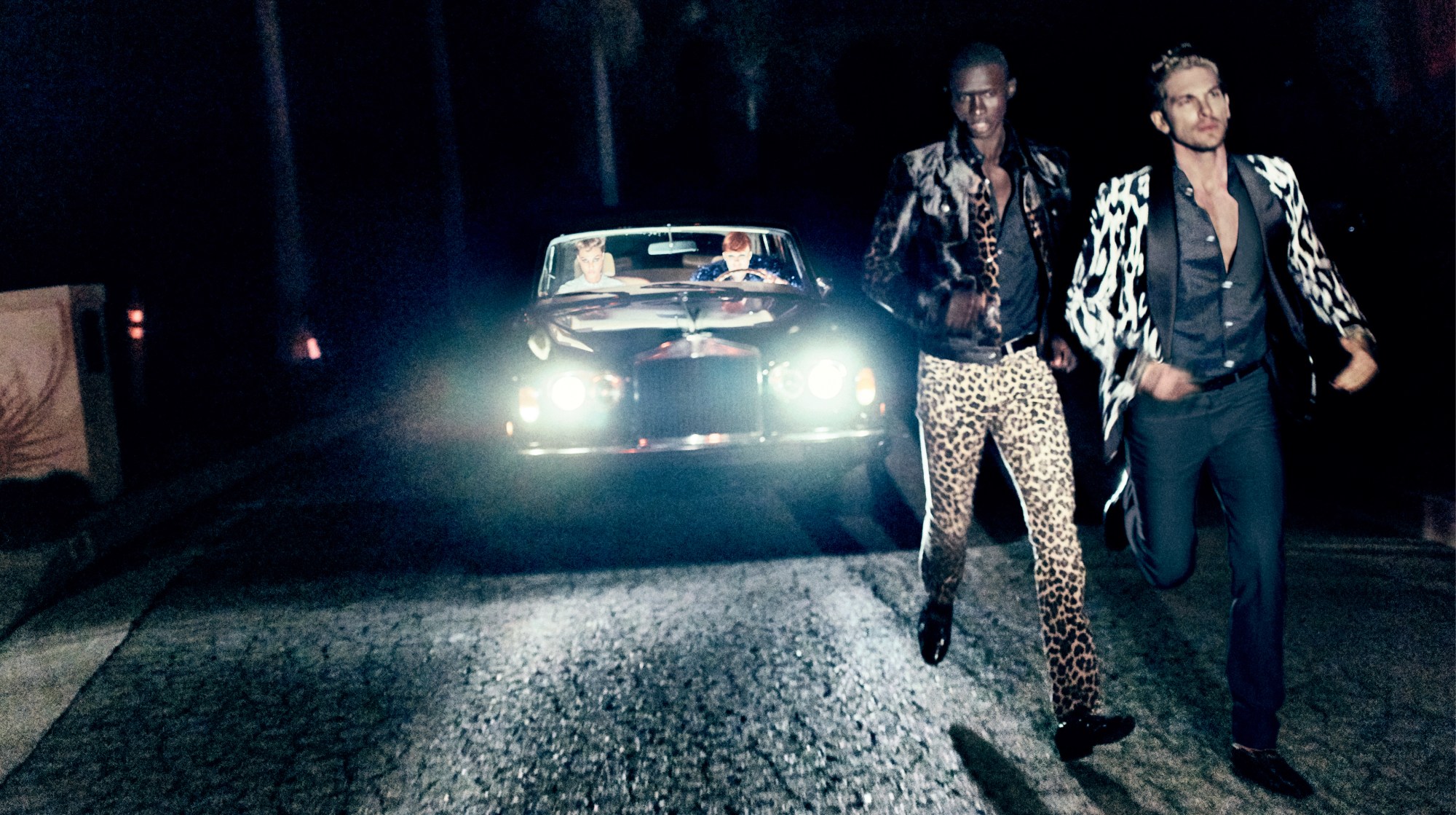 Featuring Karen Elson, the face of Mr. Ford’s new beauty line Tom Ford Extrême and model muse Joan Smalls, who in the opening scene makes a fashionable statement while at the click of her heels walks out of a classic car with a glittery silver bikini and matching scrunchy tote bag. In another scene she is found playing chess in a backyard pool wearing a velvet pink suit blazer and Tom Ford Sunglasses akin to her opponent.

Elson’s front seat driving role finds her revving an engine in chase of men in animal printed fashions, and later arguing with her lover in a parked car, both dressed in nothing but thick black Tom Ford sunglass frames. Throughout the campaign, Ford puts women in the driver’s seat, a literal and figurative decision that empowers women to live as dominate figures in control of not only the steering wheel, but of their own decisions, and their lives. The Tom Ford woman is a figure of strength, independence, that’s not just a fashion statement, but a comment for today’s culture.

A filmmaker, producer and screenwriter himself — Ford’s passion for film presents itself through these 1950’s scenes, a statement of the brand’s identity through a vision of Hollywood glam with accents of glitz and excitement to light up his Spring 2018 Collection and illuminate his Sunglass label. 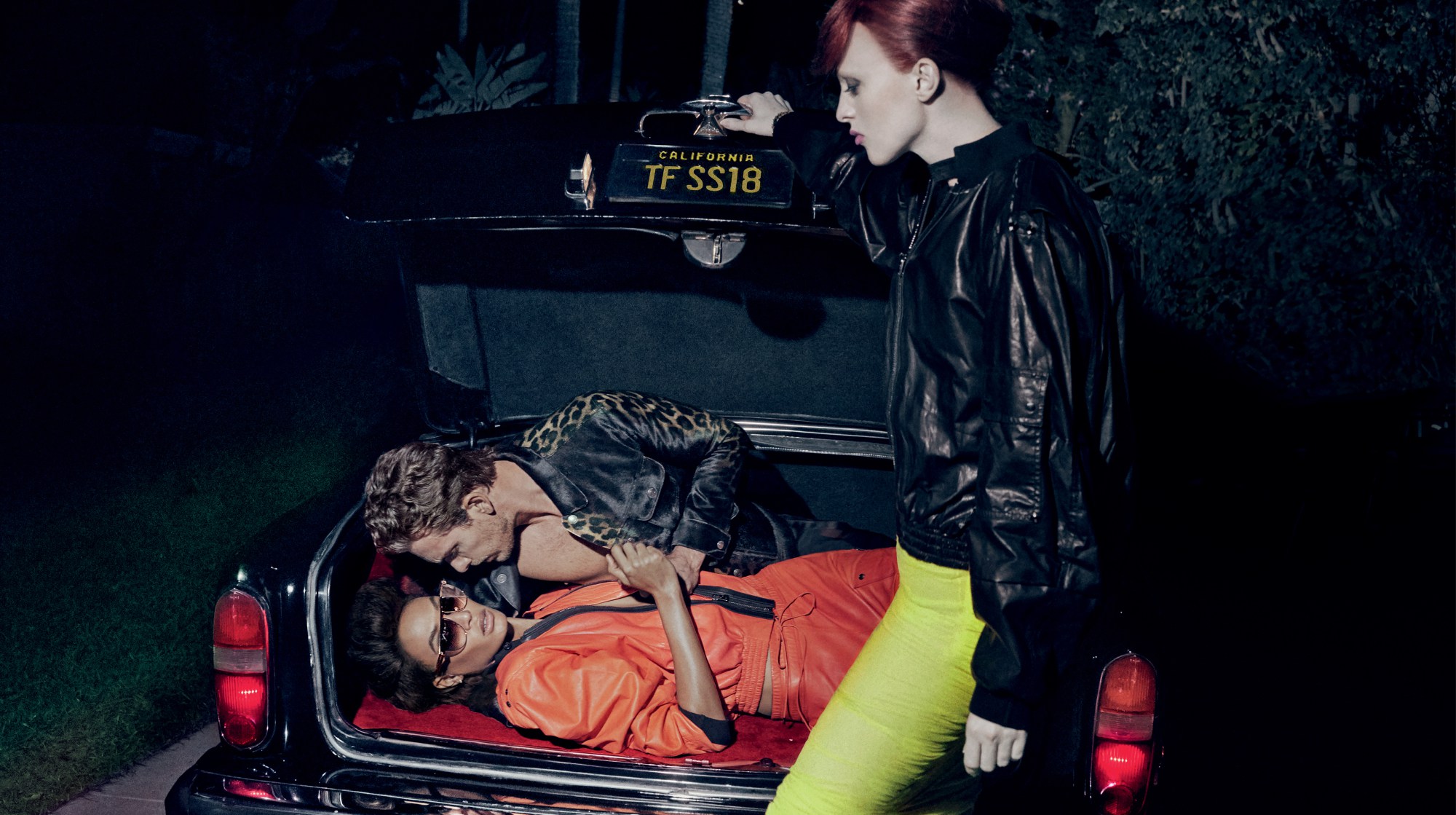 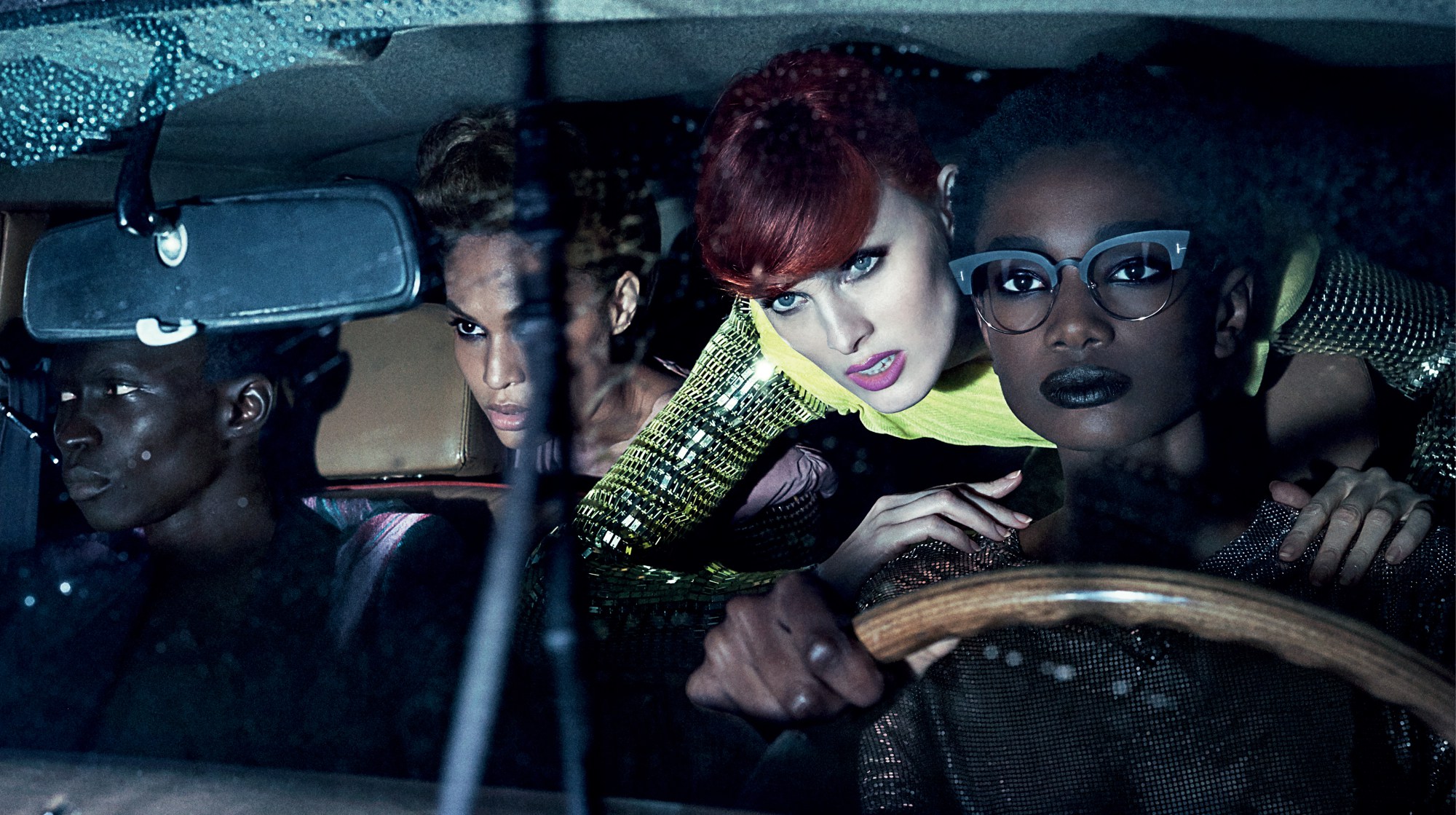 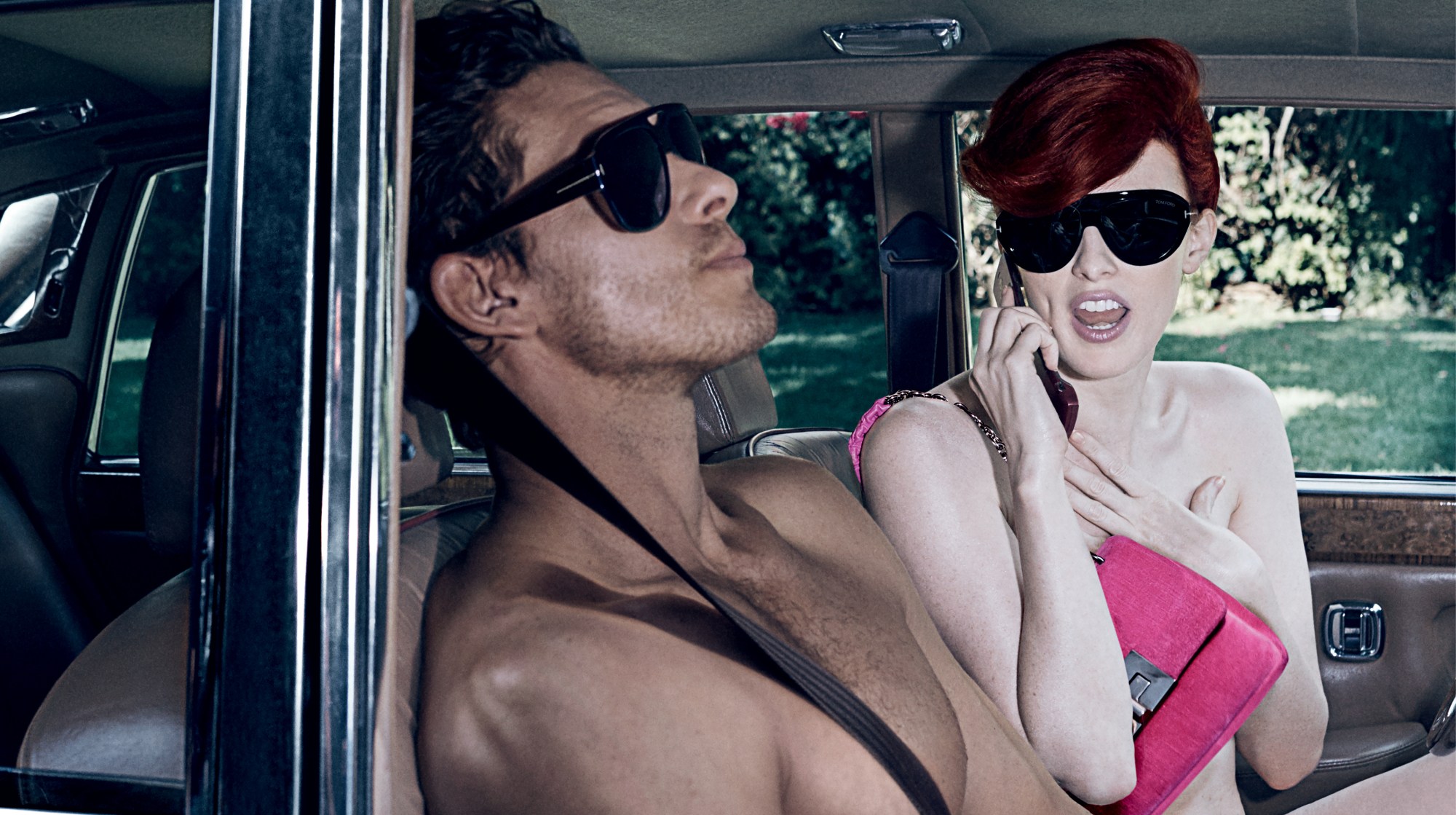 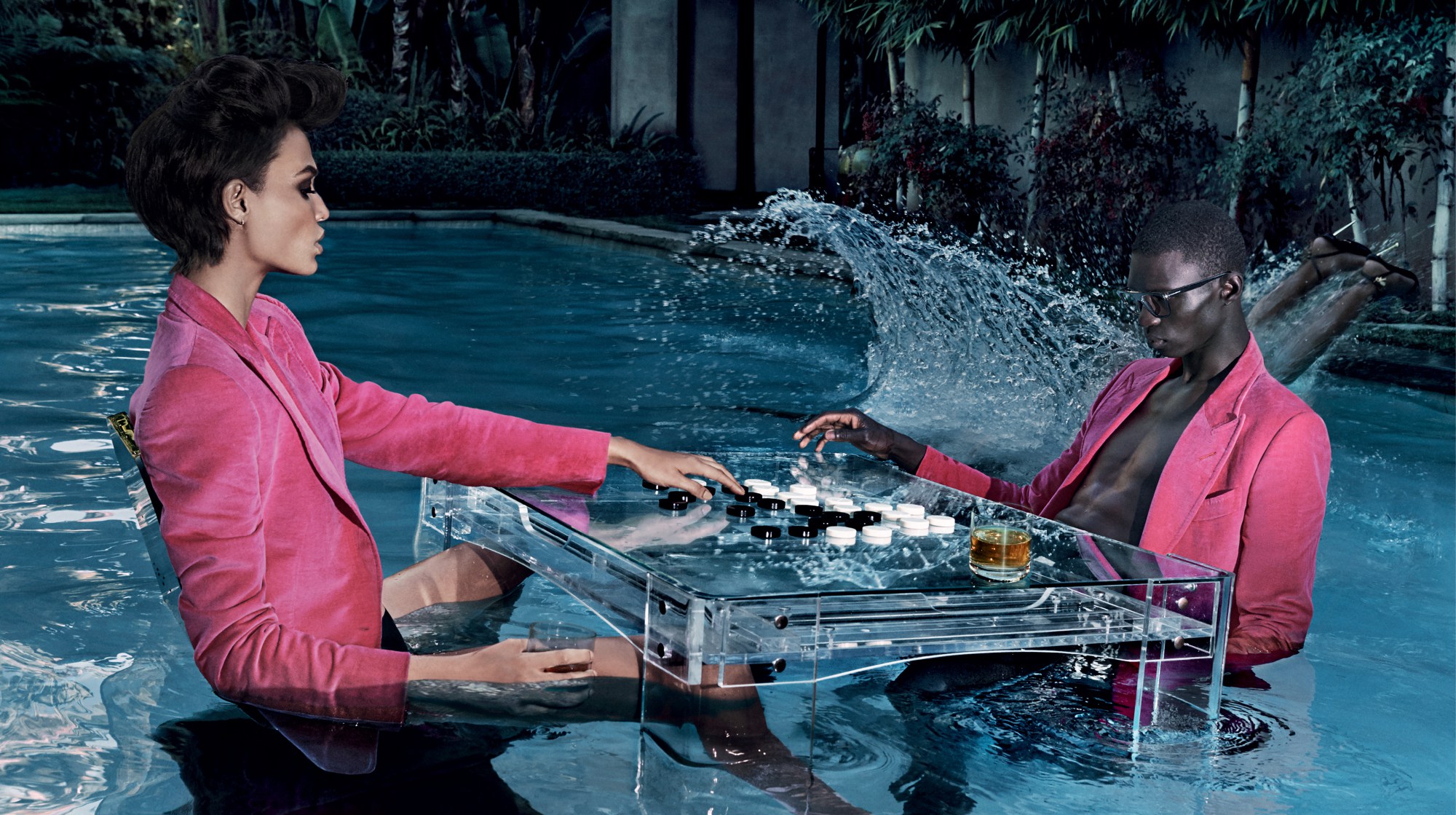 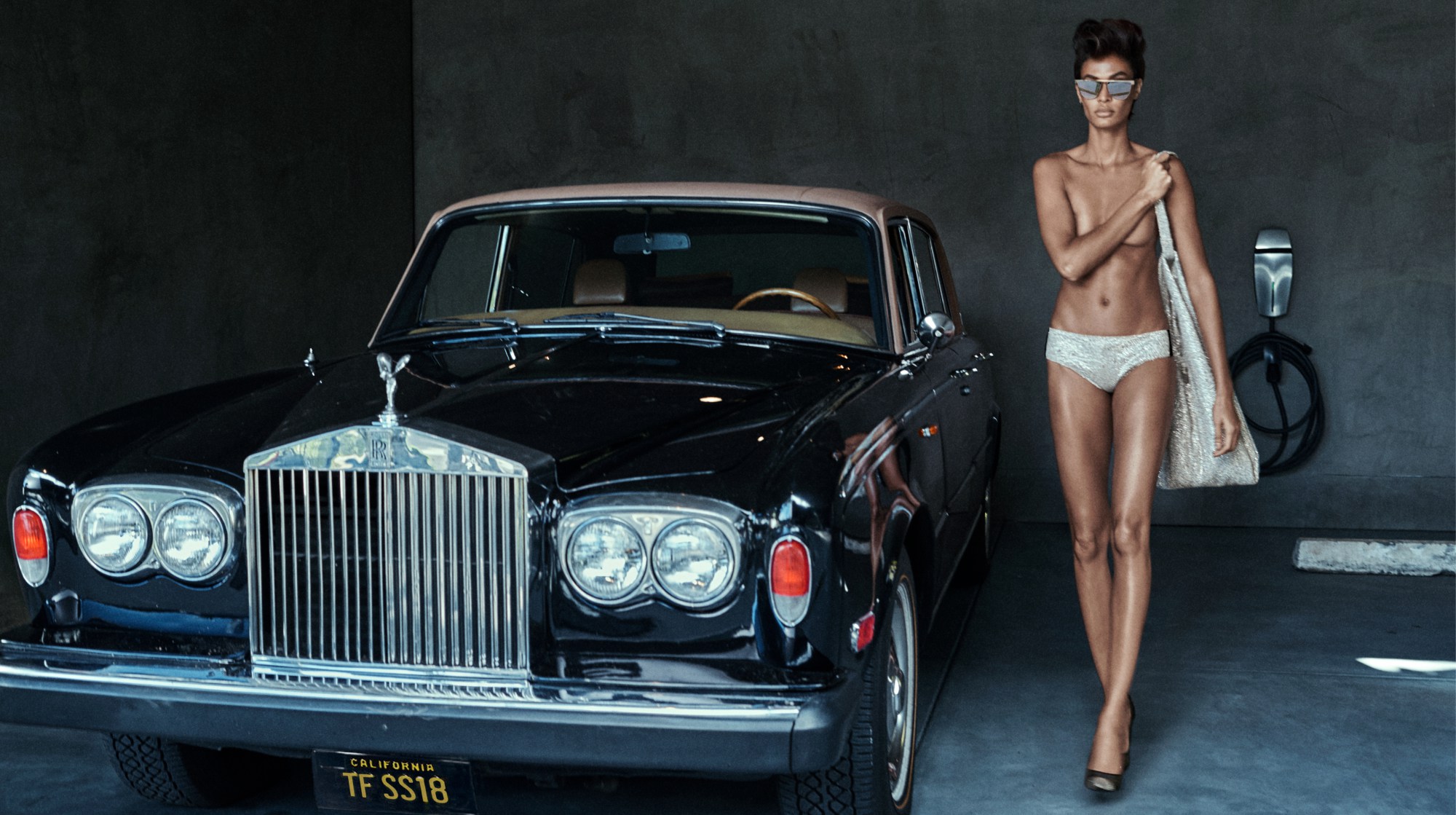