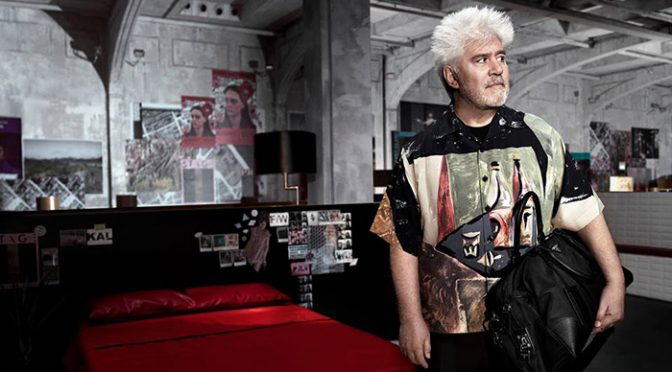 The Spanish movie director is the new star of the cinematic Prada 365 campaign, photographed by Willy Vanderperre. 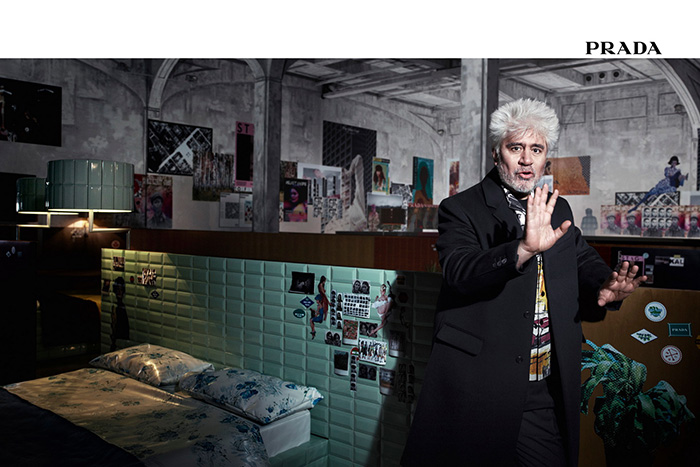 Almodóvar takes his turn in front of the camera in Prada’s new short fashion film entitled, “Auteur,” a French word meaning a director who authors a film. Almodóvar himself is quite the auteur, writing and directing films such as The Skin I Live In, Julieta, and All About My Mother.  The 30 second film features Almodóvar pacing through Prada’s headquarters, a warehouse-like space that he seems to have made at home with Prada posters, a bed, and even house plants. Auteur is promotes Prada’s Fall 2017 men’s line, and this is not the first time the luxury Italian brand has used directors to their advantage, previously tapping David O. Russell and Wes Anderson to direct fashion films. 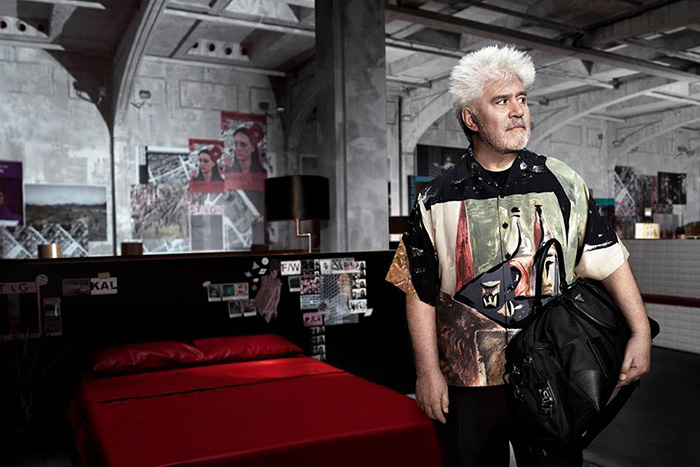 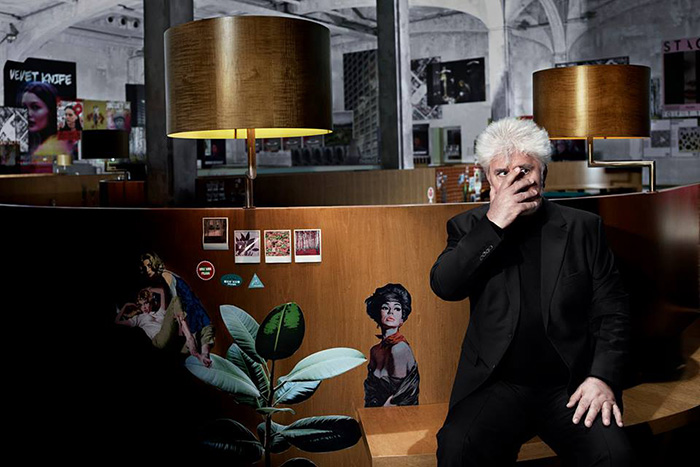 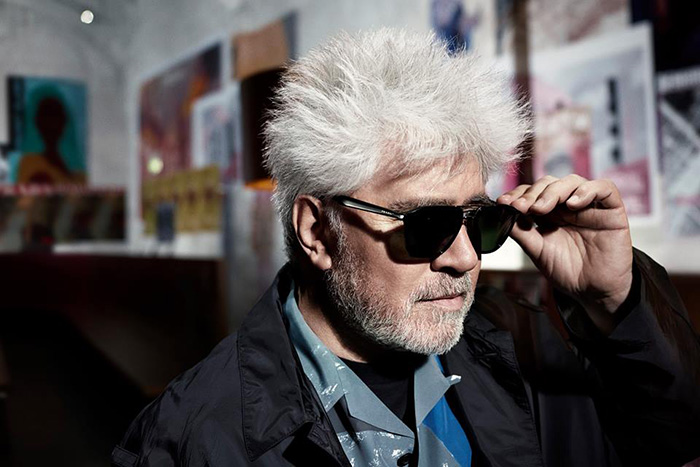